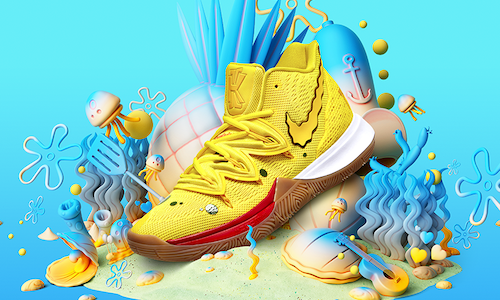 In celebration of the 20thAnniversary of SpongeBob SquarePants, Nickelodeon partnered with SpongeBob super fan and NBA star, Kyrie Irving on a Nike sneaker, apparel and accessories collection for adults and kids. A product collaboration of this magnitude, needed an equally impressive campaign that broke through the often-crowded sneaker world and blended the innovation of Nike, inspiration and athleticism of Kyrie and the fun, optimistic personality of SpongeBob. In merging together these 3 iconic brands, comes the challenge of attracting very different audiences including SpongeBob fanatics, basketball enthusiasts and sneakerheads, under one cohesive campaign.  Our objective reached beyond just selling products, but to create an impactful moment in fashion and pop culture and provide a way for fans to express their love of the iconic sea creature in a way that has not yet been done before.

Nike and Nickelodeon anticipated a unique collaboration of this caliber would generate massive interest with social driving the majority of conversation. Our strategy was to leverage the immense fan base each brand brings to the table and unite them through a strategic roll out plan across brands and platforms. We focused on developing impactful creative that would be strategically pulsed to build excitement and leverage the interest from fans to our advantage.

In the midst of Kyrie’s basketball free agency and much earlier than desired, an unknown source leaked the SpongeBob sneaker on social igniting chatter surrounding the partnership in May. We adjusted the roll out strategy to fuel the fire and then pulse small bits of information to maintain momentum through the August launch. Images of Nike’s iconic swoosh logo reimagined in SpongeBob’s easily-recognizable art style, confirmed the partnership on Nickelodeon and Nike social but left fans clamoring for more details. Later in June, Kyrie posted the first photos of all 5 sneakers, revealing the collection included different silhouettes for their favorite Bikini Bottom characters.

In July, fans received a more in-depth look when the official product shots launched on Nike.com, Nike SNKRS app and on Instagram. The assets placed each sneaker individually on a sand pile with props specific and unique to the character’s attributes and enhanced through digital animation. This elevated approach on product shots allowed fans to discover the intricate details each sneaker embodied to represent their respective character. We tapped into Kyrie’s love and deep knowledge of SpongeBob, to develop unboxing videos that were seeded across both Nike and Nickelodeon’s Instagram and YouTube. Through intimate BTS cameras and stylized editing, fans saw Kyrie reminisce about watching the show growing up, adding a stamp of authenticity and reasoning behind the partnership.The videos and stills disclosed the collection would be available in all sizes from toddler to adults and extended beyond just sneakers with apparel and accessories.

We tapped the diverse fan base of each brand and seeded product to influencers, celebrities, athletes, and notable SpongeBob fans including DJ Khaled and his son Asahd, Odell Beckham Jr, Travis Scott, Tiffany Haddish, Pete Davidson, Busy Philips, J Balvin, Ja Morant and more. The sneakers were inside giant Krabby Patty burger boxes mirroring a delivery straight from the Krusty Krab. This unique packaging enticed recipients to share on their own, sizeable platforms for additional exposure.

With the demand for product increasing, we wanted to give core fans an opportunity to access the product through on the ground experiences. At San Diego Comic Con, a limited number of sneakers were available for early purchase within the SpongeBob 20thAnniversary activation. Using the Nike SNRKS app, consumers searched for scannable triggers to unlock an augmented reality experience to access. Nike’s annual NYvsNY basketball tournament was reimagined as a SpongeBob-themed Kyrie Karnival with free product to top high school athletes participating and an appearance from Kyrie exciting basketball fanatics. These touchpoints helped merge the offline and online experiences.

This tremendous campaign delivered over 1 billion estimated impressions through support from Nickelodeon, Nike, Kyrie Irving, as well as, a massive amount of press and social support from sneaker, fan, fashion and sporting outlets. All of this energy over a 3-month period culminated on launch day selling out of all sneakers digitally in minutes and reaching 100% sell though at brick and mortar in just days. On social, the campaign exceeded expectations with the elevated product shots becoming Nickelodeon’s top performing posts of all time on @spongebob and @nickelodeonstyle Instagram accounts! The social and digital content was supported with absolutely no paid media, relying solely on organic performance which proved to be successful. The sneakers were named in Hypebeast’s Top 10 Sneakers of the Year and were touted as, “The paradigm of how branded property sneaker collaborations should be done, the SpongeBob SquarePants x Nike Kyrie collection garnered acclaim, became a pop culture moment and — above all else — was just plain fun.”  This collection ignited a resurgence for SpongeBob product, as we have since seen an increase in sales for the overall SpongeBob product business. Aligning with an iconic brand like Nike and super star Kyrie Irving, helped propel SpongeBob into icon status for the next generation of fans to discover and celebrate. When 3 massive partners come together to create incredible product, a tidal wave of impact beyond measure will result creating a true pop culture moment that won’t soon be forgotten. 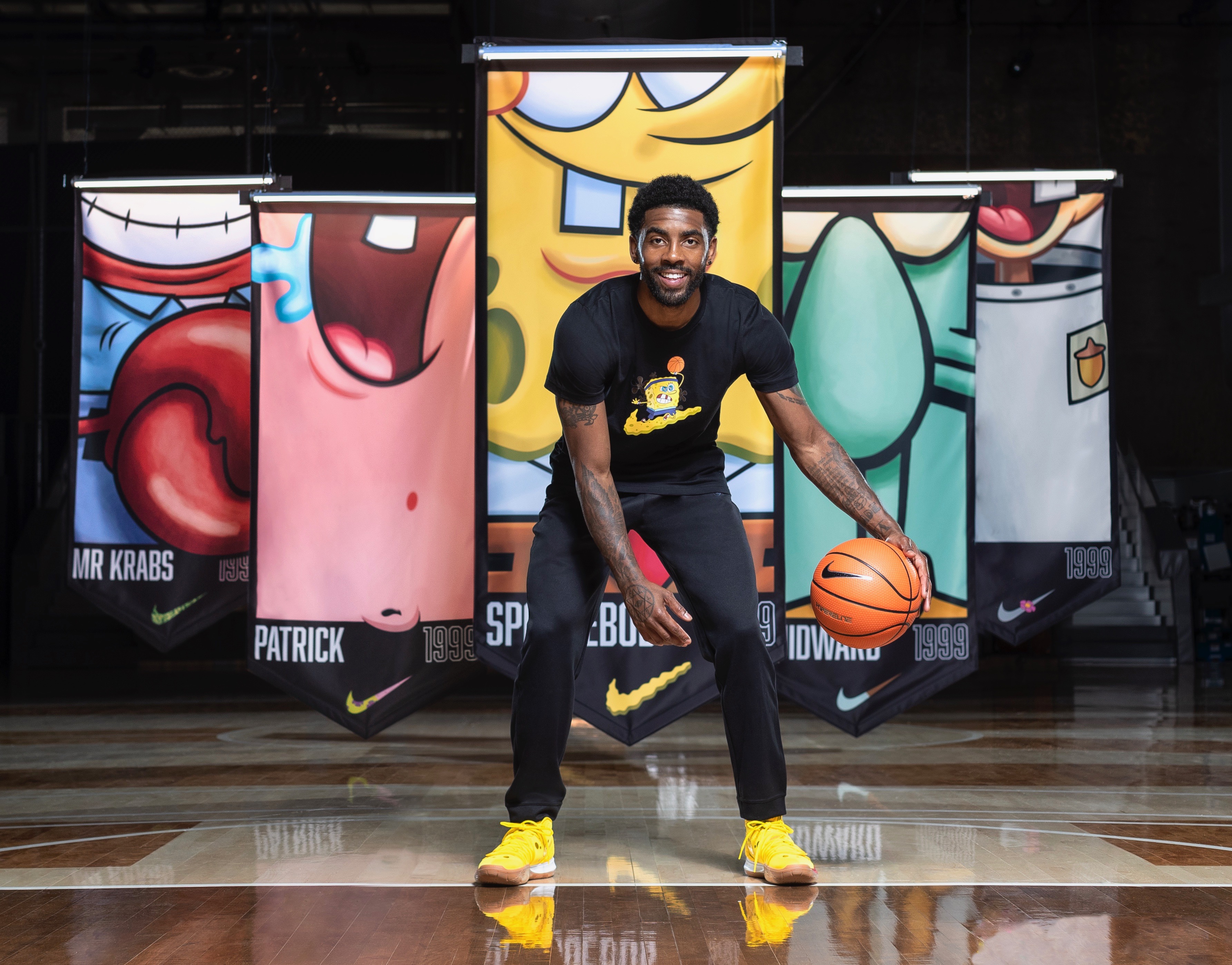 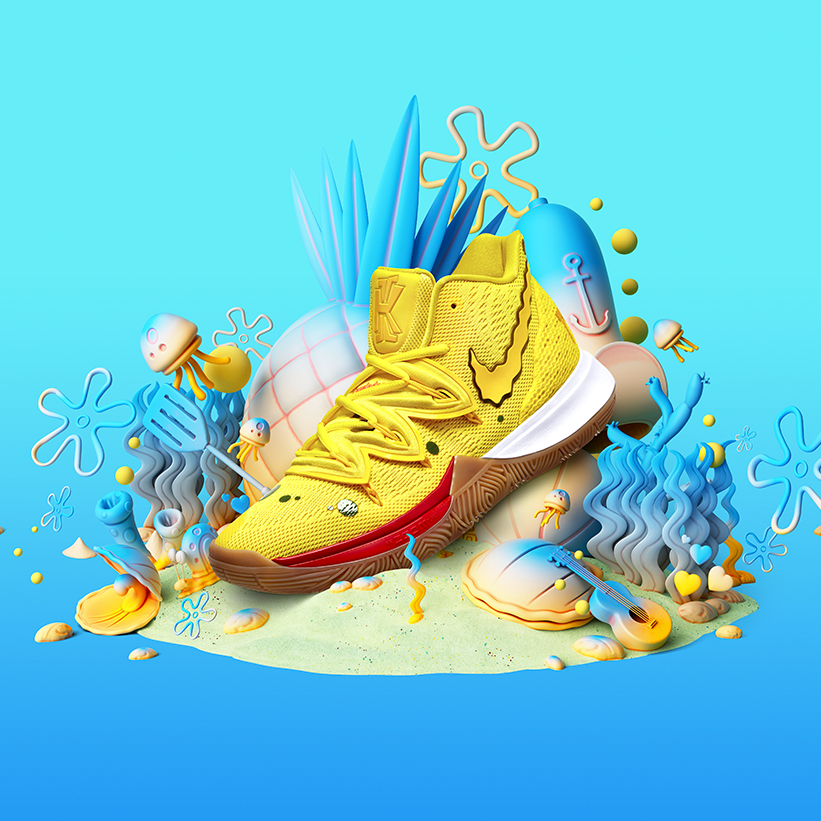 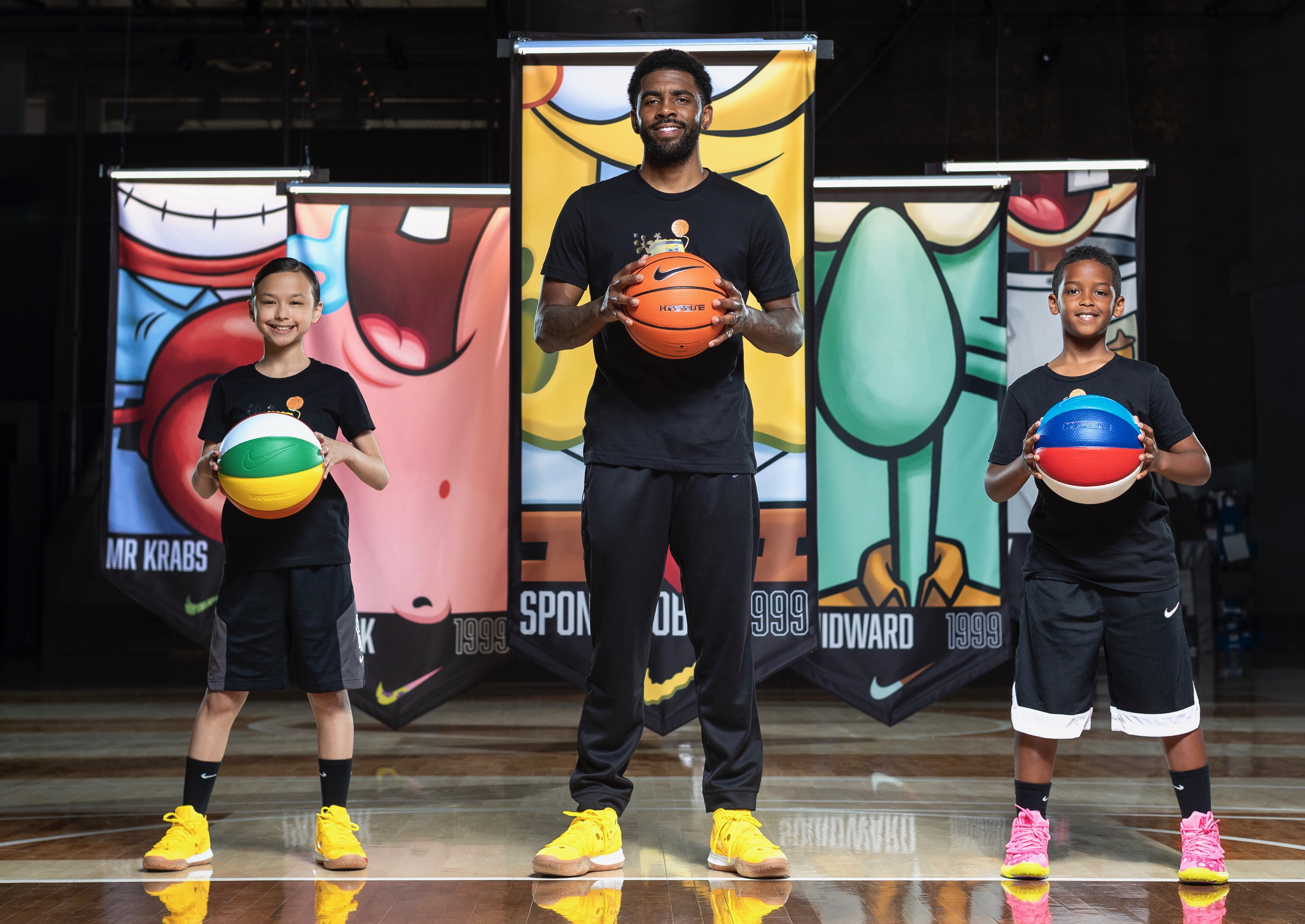 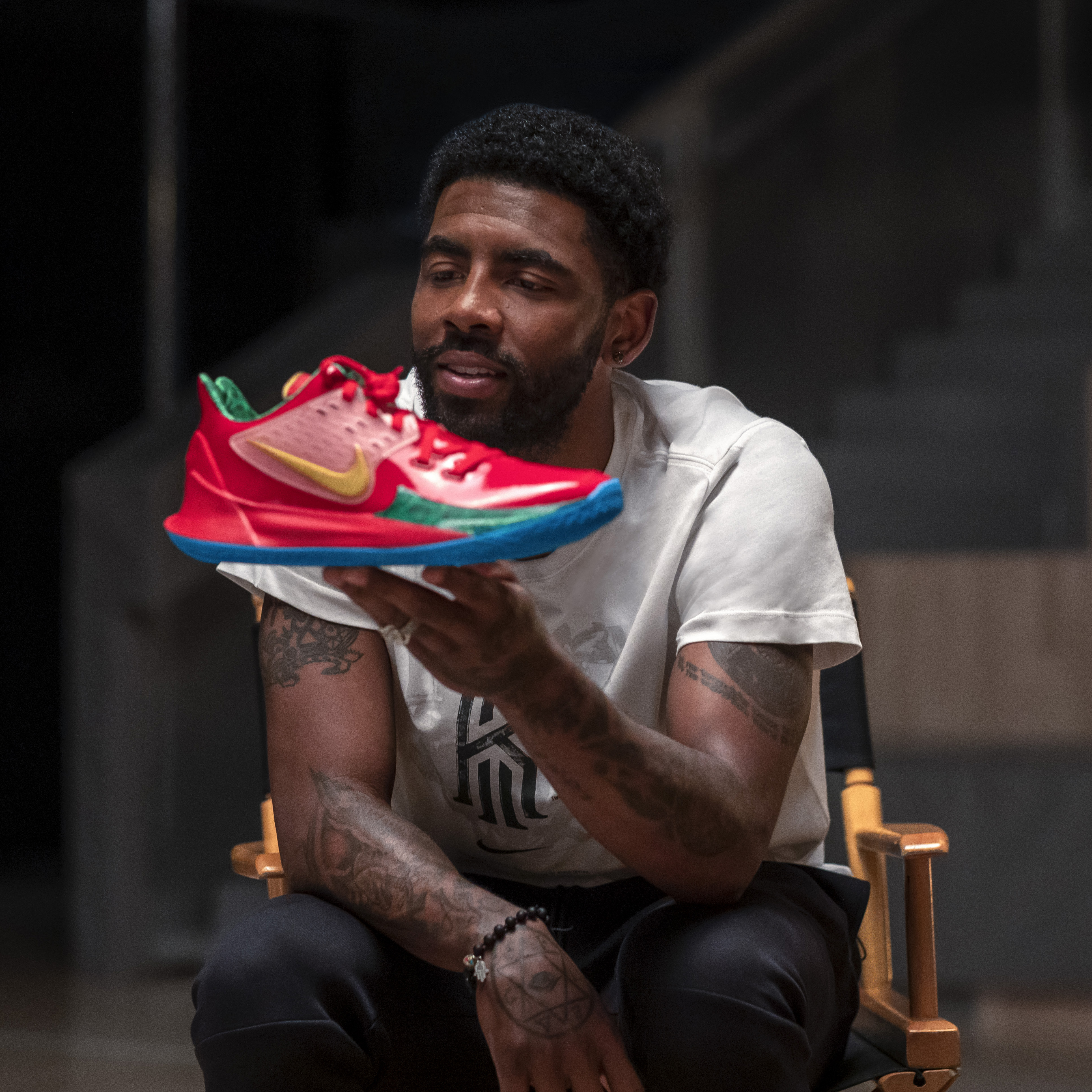 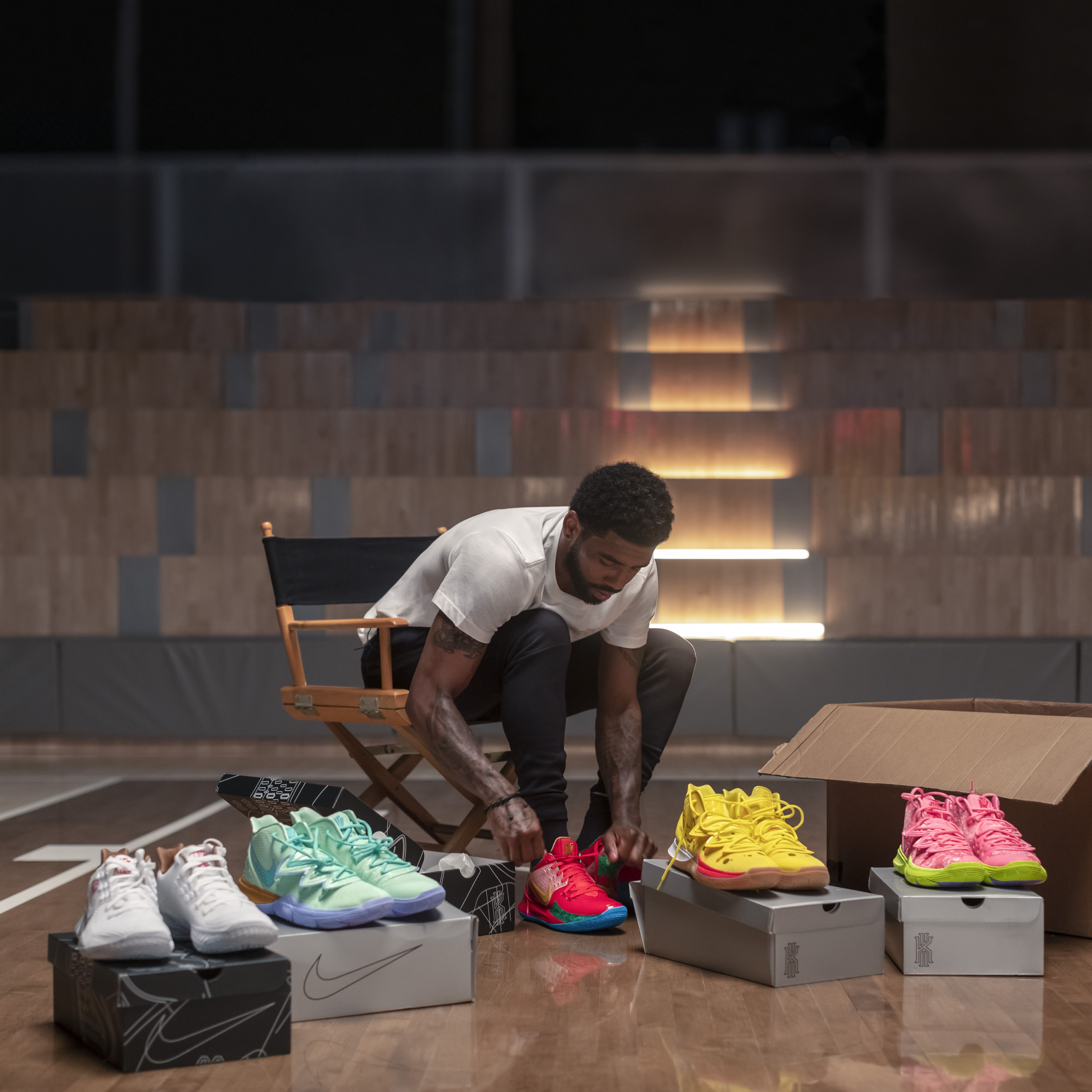 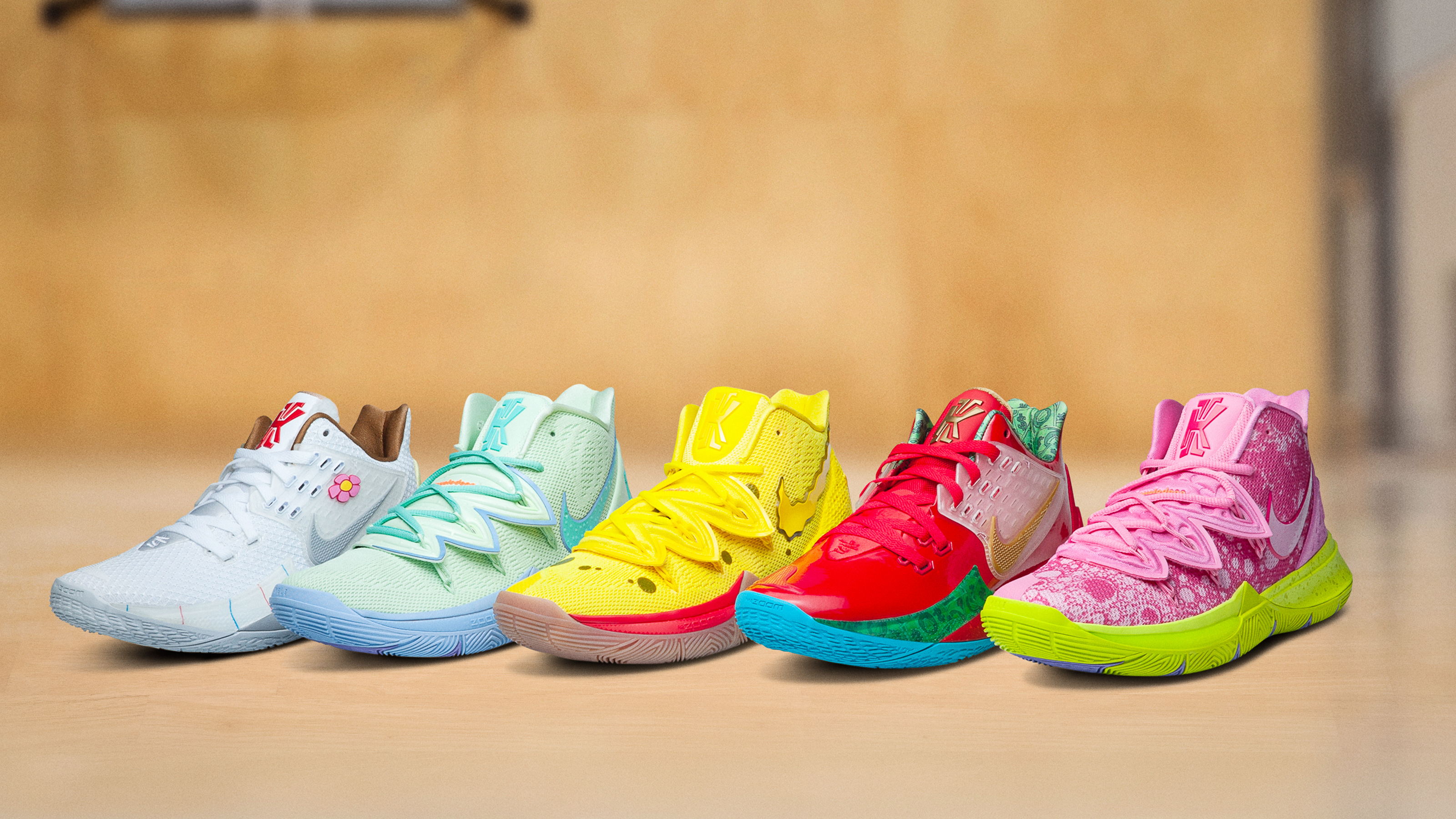 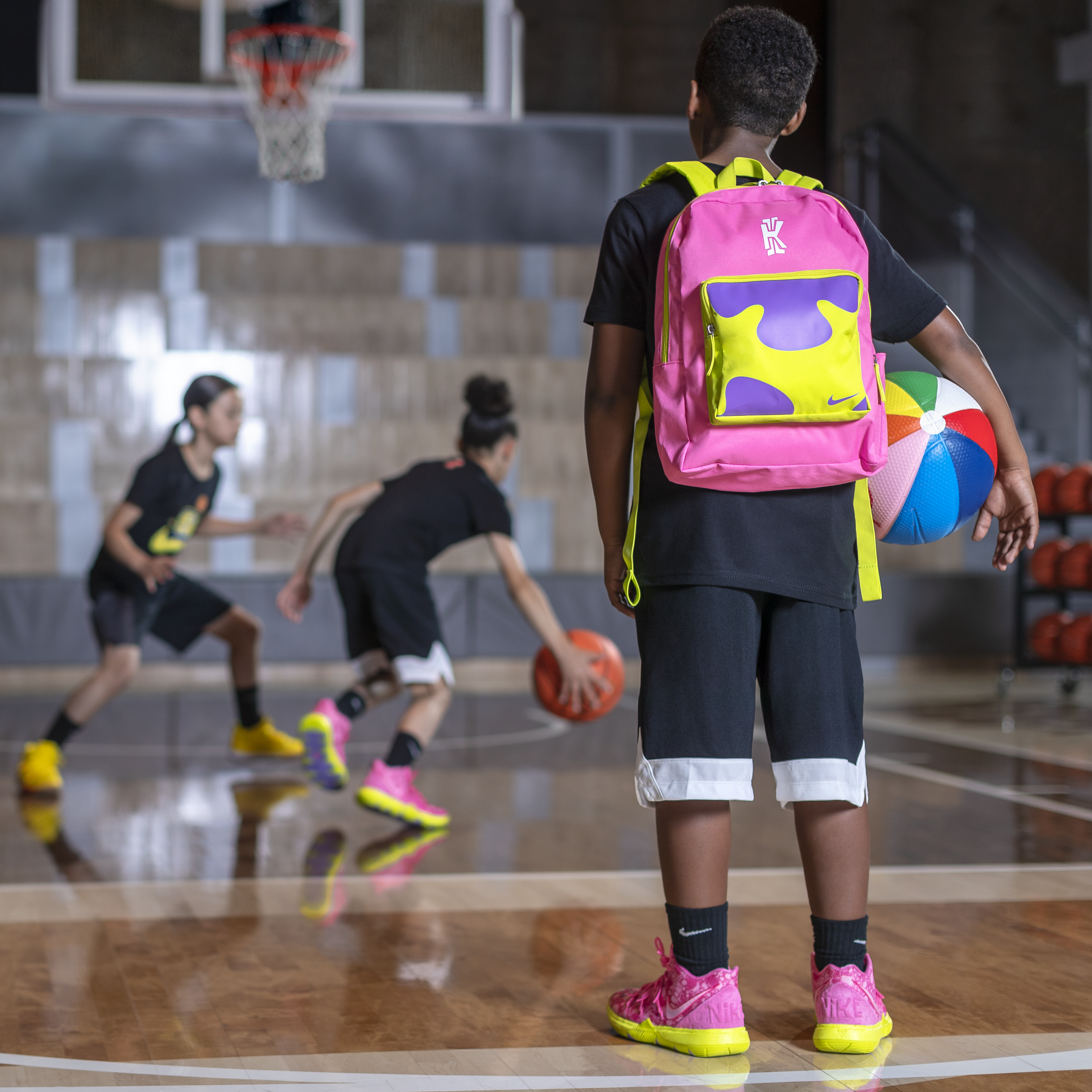 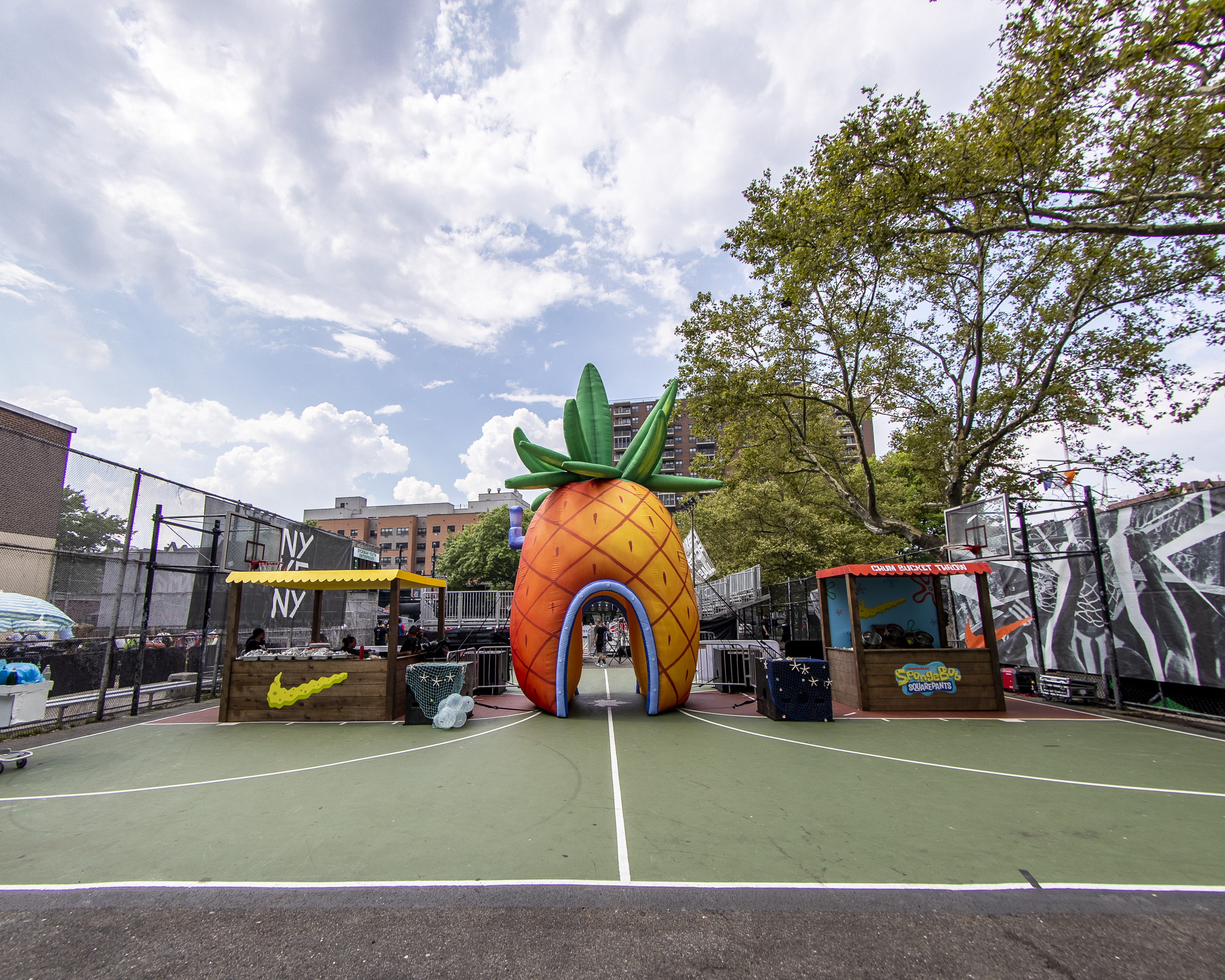