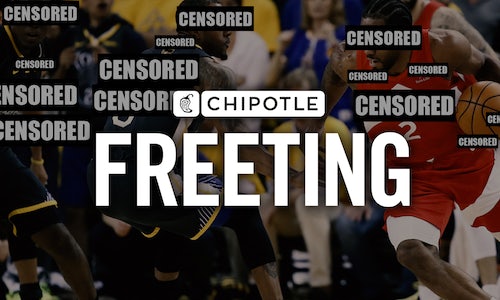 Chipotle’s ask seemed simple enough - help them win the delivery wars. They intended to do this by offering free delivery during the NBA Finals to incentive people to give it a try, but we had to make the offer known across the U.S as only one in every four Chipotle fans knew that Chipotle delivered.

We dug in and found out that 18-to-24-year-olds and 25-to-34-year-olds are driving the delivery trend. We also found research from McKinsey that millennial sports fans tune in for almost as many live sports events per week as older Gen X members and Twitter itself reports visits to its platform increase 4.1 times during live sports events while traffic to other social media sites remains the same.

Since the NBA Finals already had a category sponsor, not only did this eliminate any chance of Chipotle formally engaging the NBA directly with a sponsorship, it also prevented Chipotle from using any word that might possibly make people think it was trying to reference the NBA Finals without permission. No “big game,” no player names, no use of the participating team’s colors.

To win the delivery wars and make Chipotle’s offer national news, we needed millennial and Gen Z Chipotle and men’s professional basketball fans to know that it existed and engage them to give it a try.

With the easy road eliminated, we had to get a little more creative to make Chipotle’s offers national news. Since Chipotle couldn’t do the talking, it would let the announcers of the Finals games do the talking for them. Fans just had to tune in and log on to Twitter to play their own game with Chipotle.

The brilliantly simple game of #Freeting was born. Each time the announcers said free - Free Throw, Free Agent, etc - @chipotletweets would tweet a code for free burritos. The first 500 people to text Chipotle that code would get a free burrito.

The effort went viral and Mark Jackson, former NBA star and one of the game announcers, tweeted to his own followers about the promotion.

As the series progressed Chipotle kept the game fresh with new triggers and twists. In Game Four, Chipotle told fans that if the “Free” in the national anthem lasted more than three seconds we’d give away 1,000 burritos on the spot, then made good on that promise.

When you’re locked out of a big event, there are two options. Either give up and move on, or take a risk. We helped Chipotle take a big risk by delivering an innovative campaign that used key insights about the target audience to tip the scales of success in our favor to deliver a successful campaign. 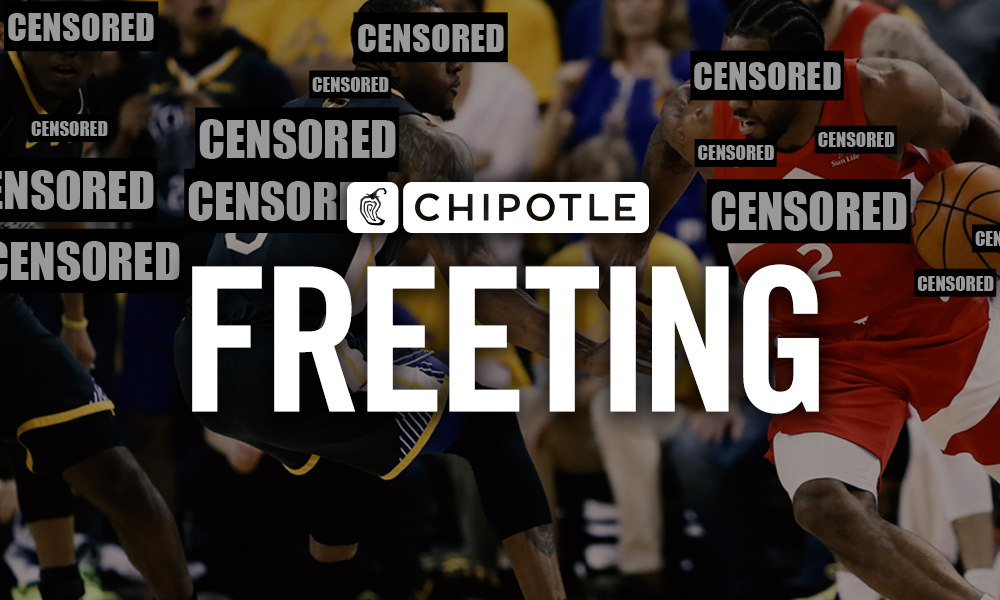 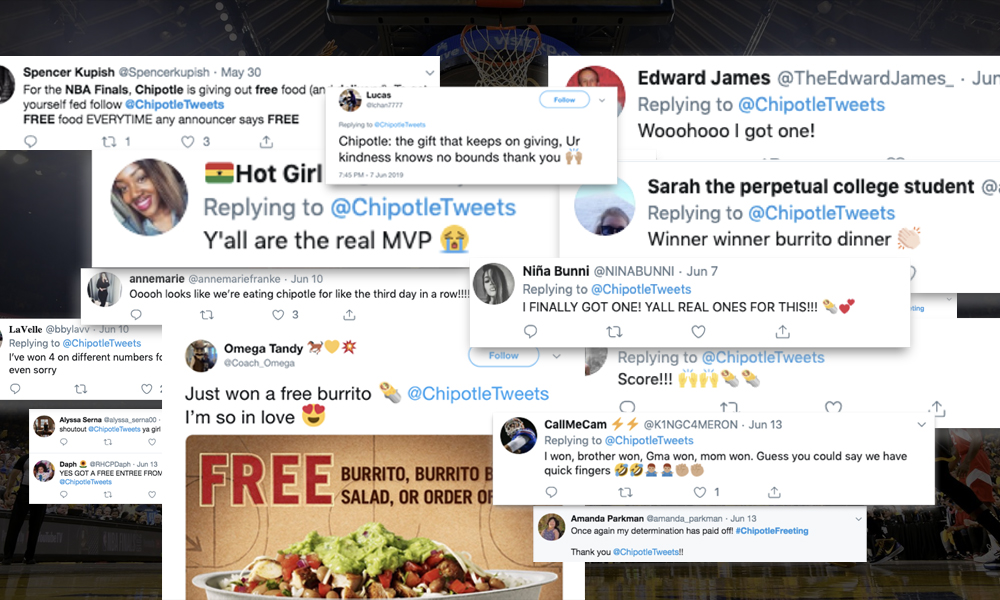 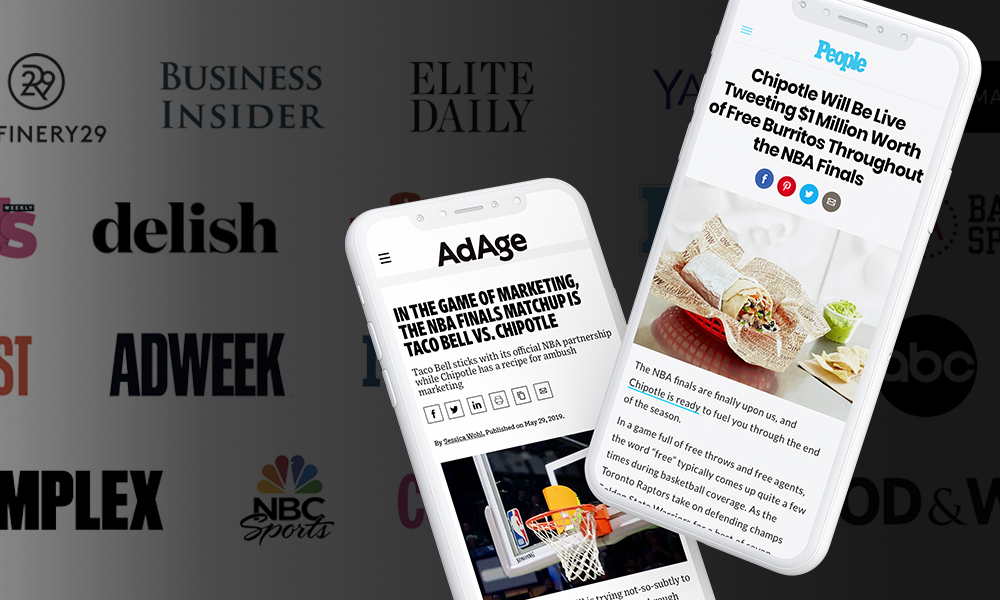 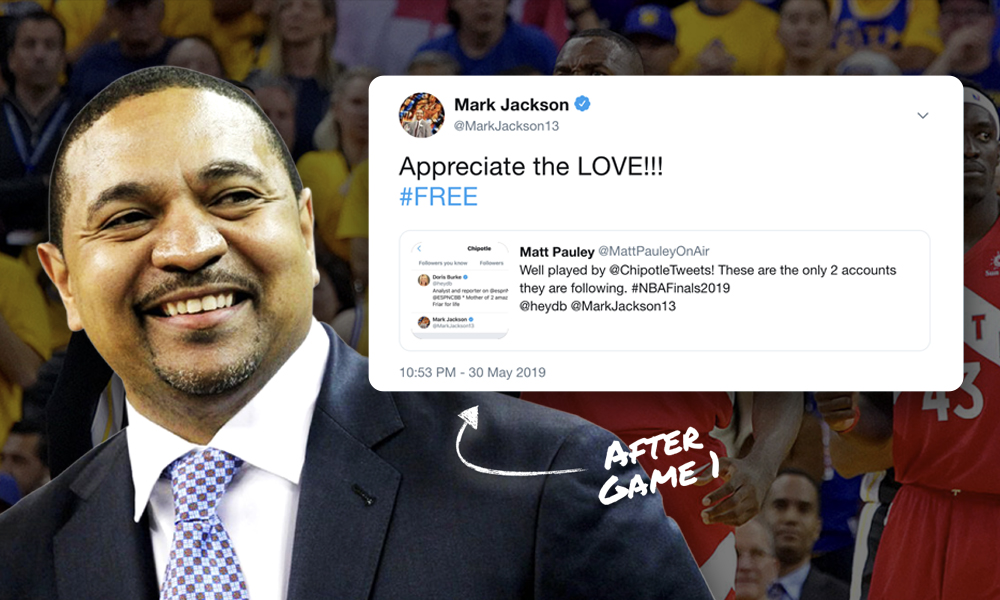