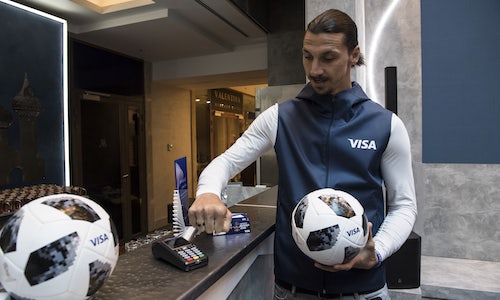 Activating during the FIFA World Cup™ presents an immense challenge for brands that don't fall within the sports industry. The news cycle is dominated by match coverage and athlete highlights; advertising, marketing and experiential activations rarely see the spotlight, and brand messaging seldom pulls through to a dedicated football fan base. And with the global nature of the tournament, these challenges are repeated across each market.

During this year's tournament, Visa sought to connect football's most passionate and engaged audiences through its payment network, while also creating unforgettable moments for fans, cardholders and clients. However, with a very limited role in influencing the action on the pitch, Visa had a big challenge in front of them. How could they create a cultural moment that would capture the attention of fans while sharing the stage with a global sporting event such as FIFA The World Cup™?

Enter FIFA FOMO (FEAR OF MISSING OUT). Visa identified one universal truth: no matter where you are, no one wants to miss a moment of the action during the FIFA World Cup. Only Visa, which offers fast, easy contactless payments, in addition to exclusive access as the Official Payment Services Partner of FIFA, can help ensure fans never miss a moment.

To drive this narrative, Visa set out to defeat FOMO by partnering with global football icon Zlatan Ibrahimović. Though he'd previously retired from international football, Zlatan teased his return to the tournament in Russia with impressive play and public comments. Would he play? Would he sit? The conversation continued for months leading up to the announcement of the Swedish roster. Leveraging Zlatan's public FIFA FOMO, Visa unveiled Zlatan as the face of their global marketing campaign using Instagram as a direct-to-consumer channel that allowed the star to share his struggles with FIFA FOMO to his 31 million followers.

When Jimmy Kimmel tried to coax Zlatan into a decision live on his show, Zlatan skirted questions, fanning the media speculation and social chatter. In fact, it got so intense that Swedish National Coach, Lars Lagerbäck, had to hold a press conference in response to Zlatan's widely speculated "return." From there, the campaign ignited. In response, Visa and Zlatan launched a series of online films and 30-second spots demonstrating to fans that even Zlatan could overcome FIFA FOMO. Through the release of a film, Visa staged a press conference announcing his return to the world stage and showed the larger-than-life figure using Visa's contactless technology throughout the tournament, demonstrating the ease and access Visa can provide. When the tournament started in Moscow on June 15, Visa brought Zlatan to the center circle of the field for the opening match, signifying he had returned, albeit in a much different way.

Throughout the tournament, Zlatan was joined by a roster of global influencers engaged to promote contactless payments through the FIFA FOMO lens – allowing fans to spend less time in line and more time in their seats. Each influencer represented a different country and language, providing access to unique global audiences that Visa was then able to target during the tournament. They were also included in Visa's global campaign for the first time ever. Influencers included:

For those watching from home, the real-time content showed Visa payment innovation in action. For those in Russia, Visa brought the contactless payment technology featured in the global ad spots to the stadiums themselves – eliminating FIFA FOMO by expediting transaction time. More than 3.5 billion people tuned in to watch the 2018 FIFA World Cup™, making it one of the most watched athletic tournaments of all time. According to FIFA, 22 percent of viewers watched digitally, through mobile or desktop, or through out-of-home viewing. Visa's digital-first, multi-channel approach allowed us to reach fans no matter where they watched. The campaign served as Visa's largest client activation with more than 800 clients and translated in 24 languages.

Social content from Zlatan and influencers allowed Visa to reach their global audiences. The campaign earned significant media coverage through several strategic announcements that followed a steady cadence leading up to and throughout the tournament.

Visa was able to change consumer behavior with top-of-the-line payment form factors that fans are excited about – ensuring they don't miss any of the action. After bringing contactless payment to the FIFA World CupTM, they accounted for 45 percent of all Visa purchases in the 11 host cities. Visa's partnership with Zlatan enabled the brand to break through the worldwide FIFA World Cup™ news cycle, while building awareness of their innovative payment technology. 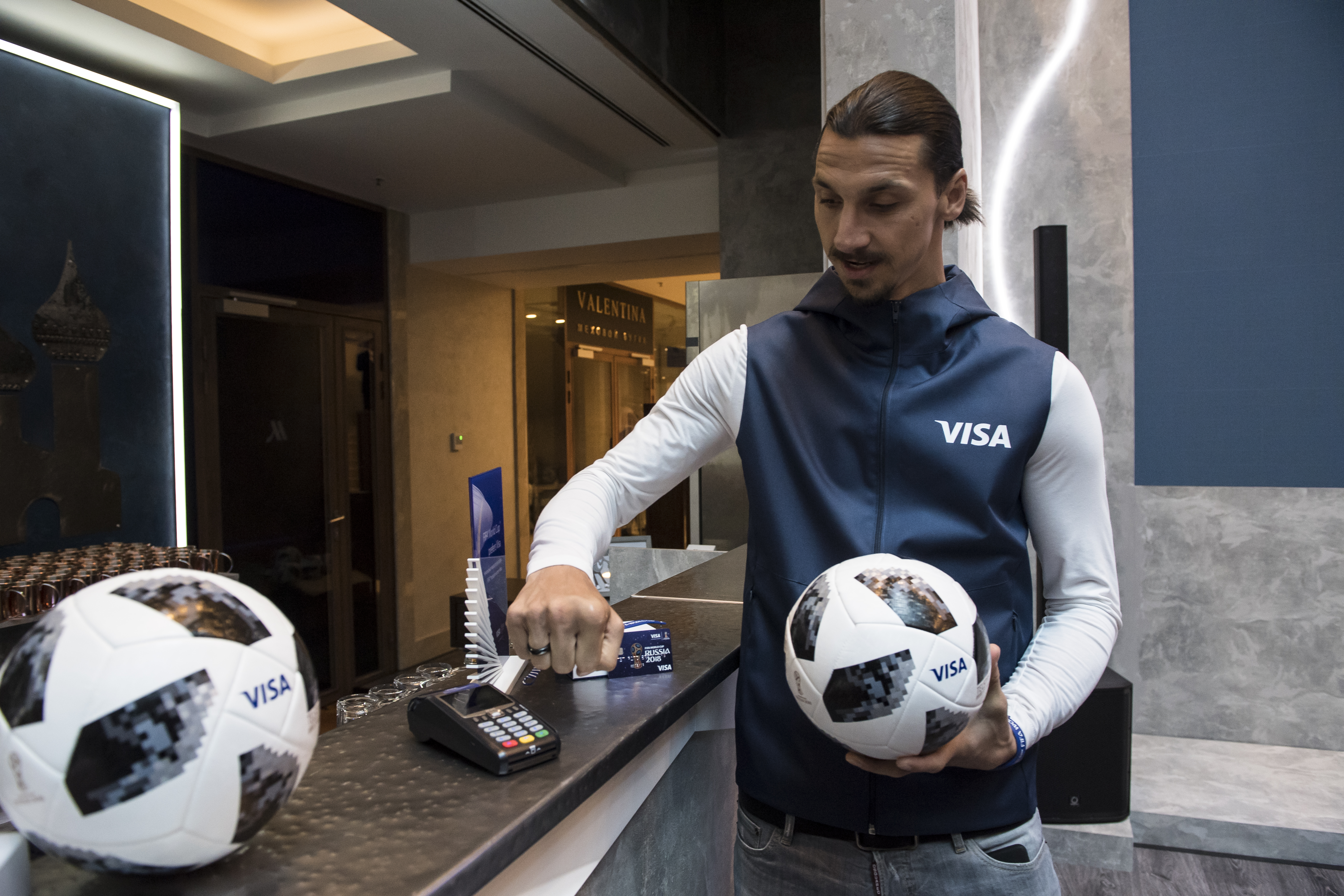