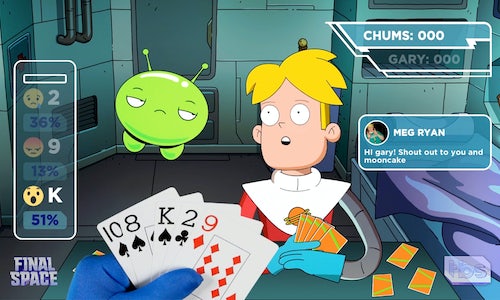 Winner in Creative use of Technology, Live Streaming Video

TBS's Final Space is a serialized intergalactic space saga about an astronaut named Gary, his friends, and his adorable, planet-destroying friend, Mooncake. Gary is overly excited to make new connections, true friends, and play cards with someone… ANYONE. Entertainment fans, especially Millennials and Gen Z, are just as eager to get closer to the characters they watch and love. We knew they would immediately want to virtually partake in the "clasp of friends" with Gary himself, but we knew we could do one better when it came to playing cards: actually playing with him LIVE.

With every new season launch, TBS endeavors to execute a new LIVE social stunt, each better than the last in order to boost engagement, earned media potential, and drive tune-in.

Plus with a hiatus week for the show occurring mid-season, we didn't want to lose the attention of the fanbase at a crucial time.

We needed to figure out a way to bring all of the fans together to choose what card in their hand they would play against Gary, while also being able to ask him questions and drive talent-to-fan interactions to maximize engagement and overall experience.

To achieve this, we assembled a multidisciplinary team of 12 to figure out how to build something that's never been done before. We had to make several layers of technology communicate with each other, live, and only had one shot.

The real-time animation was made possible via a complex digital puppet rig of Gary, built with native illustrations provided by the show. Actor movement was captured with a live camera and fed into Adobe's Character Animator software, allowing the show's creator and star Olan Rogers to voice the character live and have the puppet respond in real-time. Additional animations were controlled by a second puppeteer who was operating a custom interface on an iPad.

The gameplay and fan interactions were powered by GLOW's proprietary software. Built to work on top of Facebook's API, it allowed multi-round timed voting, user comment features with profile picture and name, card selection, and scoring.

During the live experience, fans went all in. They loved finally playing cards with their favorite character, and truly bought into the experience—they rallied together in the comments to strategize choices, celebrated when he answered their question, and even touched on some friendly trash talk using in-show references with Gary, which proved that they were fully immersed and talking to him like a real person.

Not only did this this immersive, interactive experience allowed for a special connection between Gary and his fans, behind the scenes it was strategically executed during a hiatus week for the show, and as counter-programming to the NCAA finals tournament that was on TBS at the same time—something the Final Space audience wasn't likely to be watching. Thus, TBS was able to still engage that audience during that time instead of losing them to another network.

This stunt created awareness of Final Space through innovation and expanded audience engagement through multi-platform storytelling. Thanks to this overall strategy and this social stunt, Final Space is the youngest skewing show ratings-wise for the network. 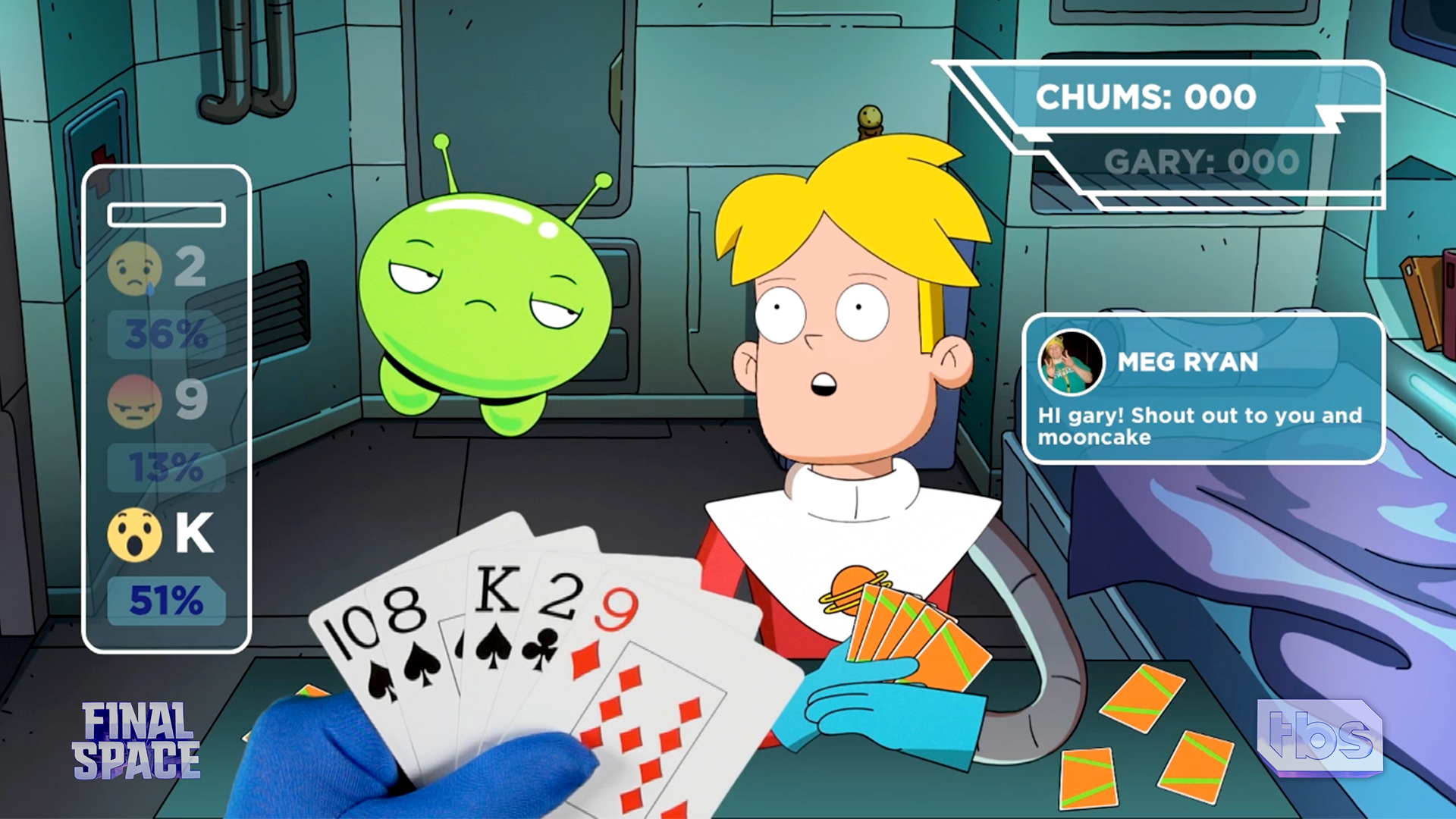 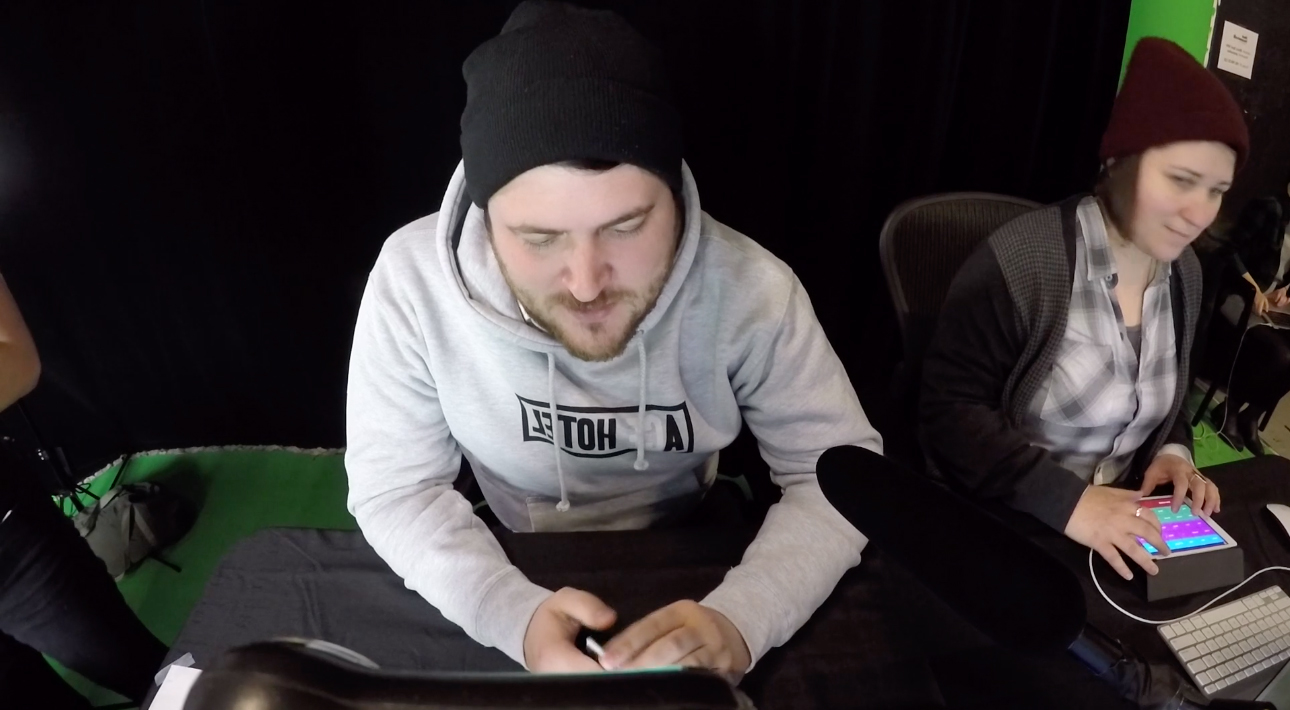 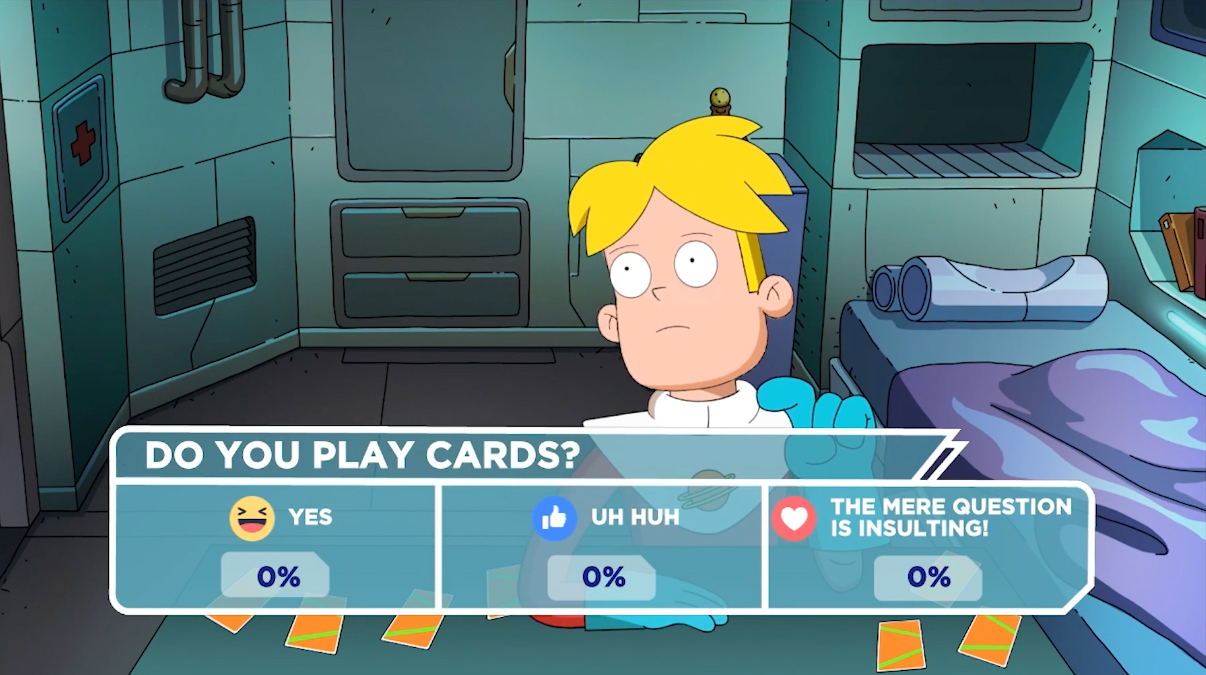 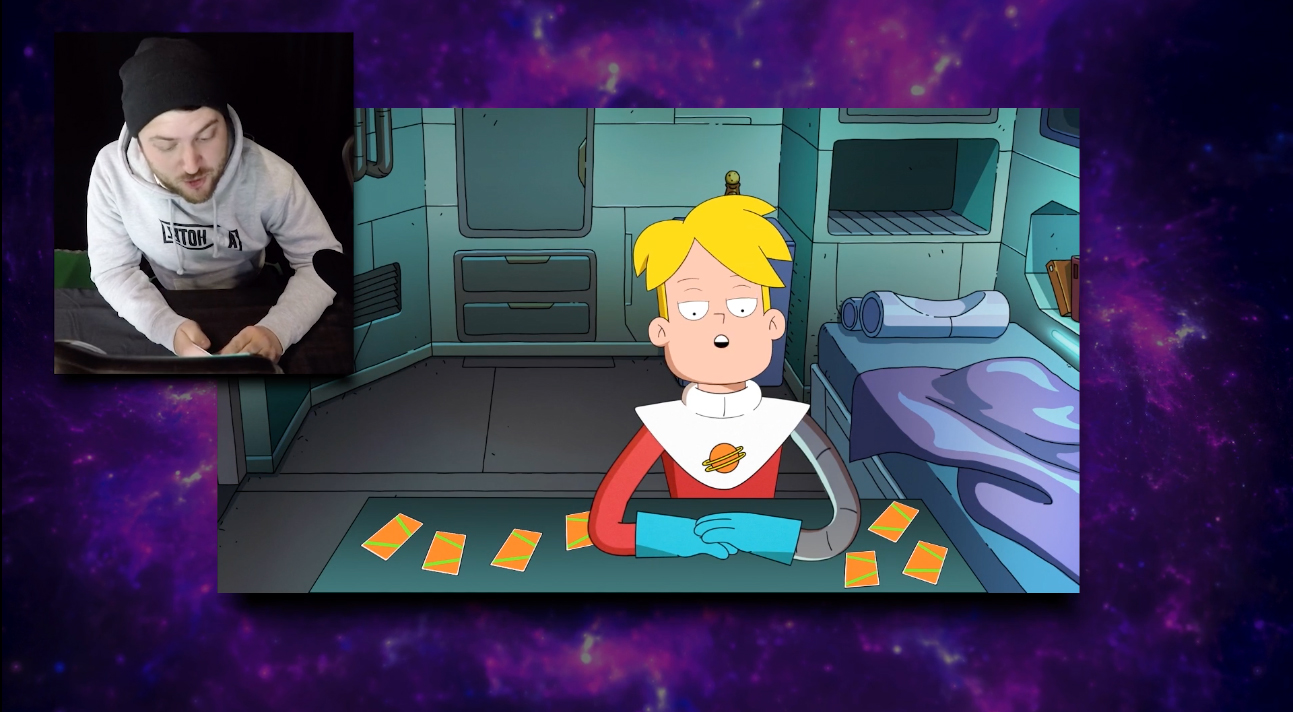 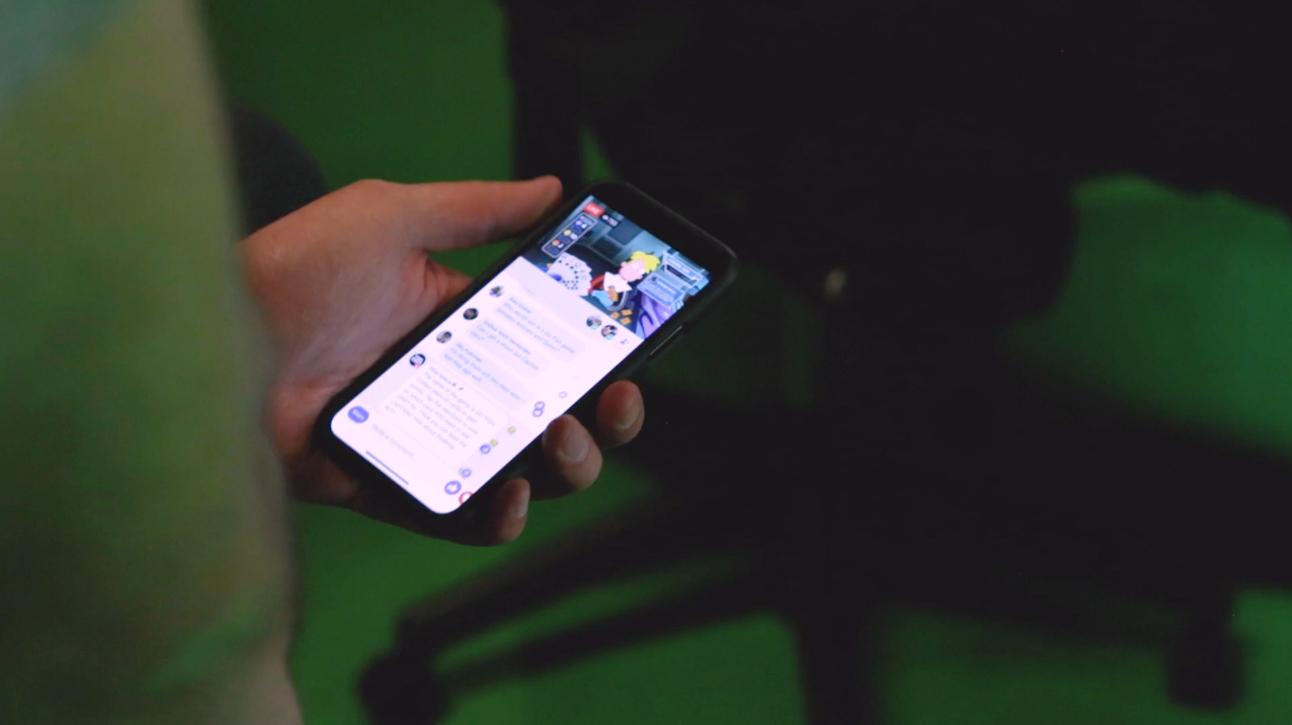