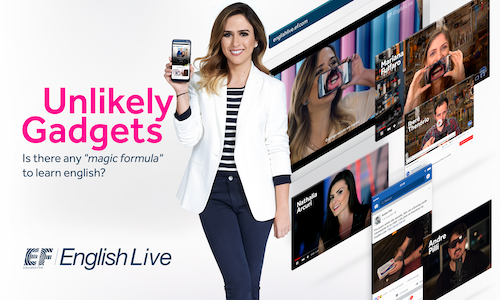 EF Englishlive is one of the largest online English school in the world. The goal of the campaign was to show the public there is no "miracle" as to learning the English language in that, in order to truly learn it, it is necessary to really study in a real online school with native teachers and specialists. That demands time and dedication, without magic formulas and shortcuts to accelerate the learning process. The main focus was to reinforce Englishlive as a reference in e-learning in Brazil, generate brand engagement and convert sales as a consequence of such an engagement.

As the primary target audience were those connected in the online universe, ages 25-40, classes A B, we've explored the universe of unusual gadgets and apps for learning foreign languages, coupled with the credibility of a renowned comedy artist and most influential digital influencers in Brazil. Through a robust planning based on Social Data Intelligence*, we have identified three kind of creators: science, technology and travel, and personal finances, with high affinity to the target, to create unique content by unmasking the miraculous gadgets, talking about the importance of language in their personal and professional challenges, real cases of the importance of the English language and investment in learning the global language, preceding the launch of the campaign on TV (the commercial was a look-like 80's tv ad with direct sales of the gadgets).

The action kicked off on social networks with Tatá Werneck (voted woman of the year by Brazil's GQ Magazine and comedy artist of the moment), making a tweet video on her Twitter, sparking a conversation with the duo of the "World's Handbook" channel on an App called Gringo's Mouth (the leader of the duo Iberê Thenório is considered the most influential Youtuber in Brazil**). Next, the World Handbook produced a Youtube video using storytelling techniques to parallel the building of an infinite power motor and learning the English language. In order to continue the story, the World Handbook started out a conversation with Andre Pilli (a travel and technology specialist) who answered and posted a video on YouTube about the gadget unboxing called Subtitle Glasses, and paralleled how English is fundamental in his travels, personal and professional life. On the following days, Pilli had a conversation with Nath Arcuri, of the channel "Me Poupe" (specialized in personal finance and second most influential in Brazil), who published a video on YouTube talking about the App and Gadget that Tatá sent to everyone via WhatsApp (excerpt from TV commercials), in addition to the secrets on how she became a millionaire, in which English played an important role. In order to close this part of the action, Nath Arcuri concluded the conversations by sending a final tweet video to Tatá, who reveals more details about the campaign and directs to a playlist with the TV commercials published firsthand on Youtube. In addition to the topics related to new inventions to more easily learn English, a series on Easter Eggs was inserted to refer to other miracle solutions as of previous English Live campaigns. Along the dialogues, Tatá Werneck even posted in her Instagram a portion of the commercial being edited on an Edition Computer, generating even more buzz about the new campaign. The influential marketing action ended in the next fortnight, as Nath Arcuri hosted Tatá for a super fun interview on the "Me Poupe" channel, concluding that the best investment for personal and professional evolution is learning the English language.

Official channels from Englishlive, celebrity and digital influencers on Youtube, Facebook, Twitter, Instagram and Stories were used to reinforce the teaser content of the campaign and to promote the exclusive content created by the creators, which contained parameterized links to promotional Landing Pages. Englishlive's sales force captured the leads and made active telephone calls, converting a record sales and revenue record.

+75% sales in relation to the period prior to the action

+30% revenue in relation to the period prior to the action 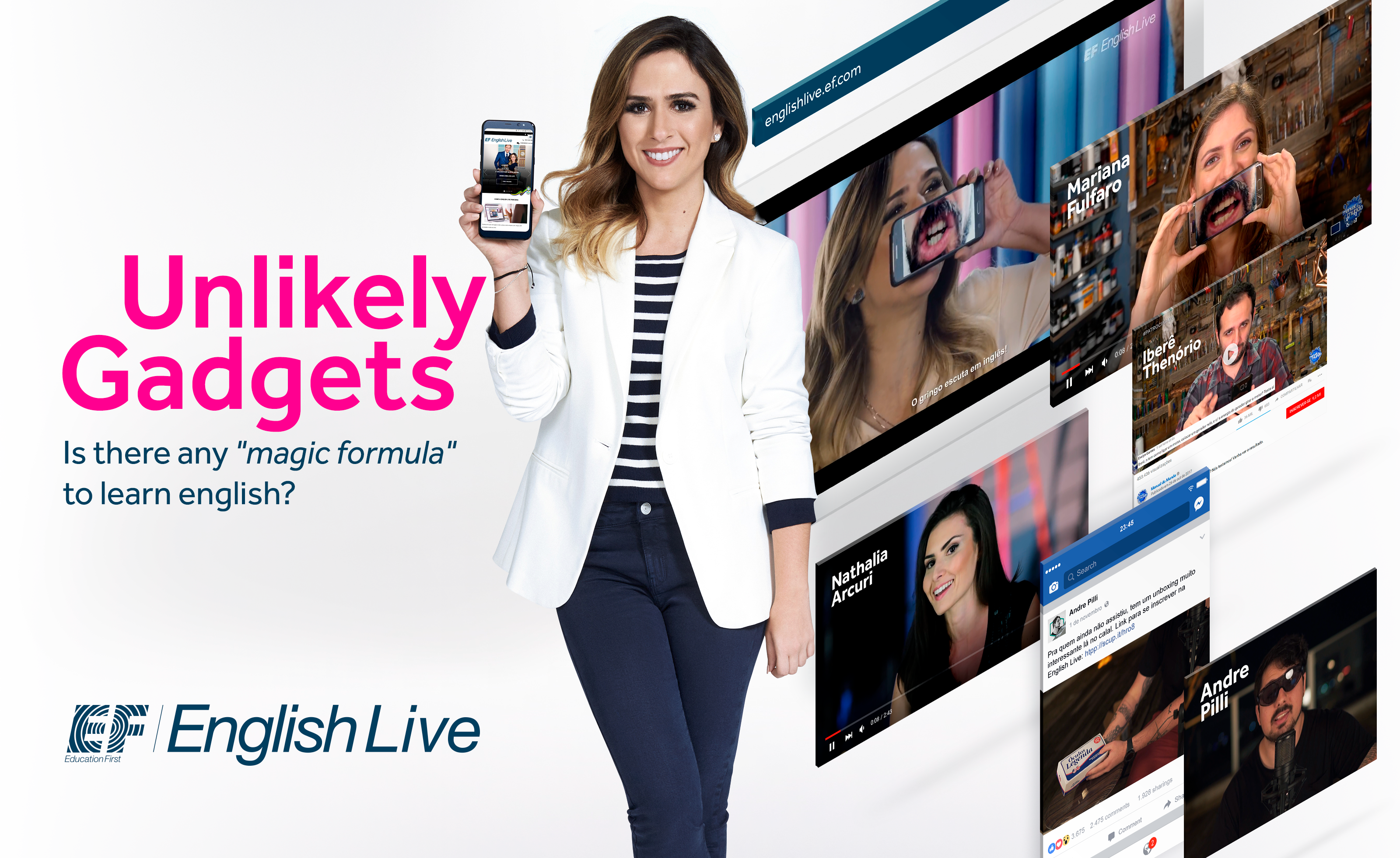 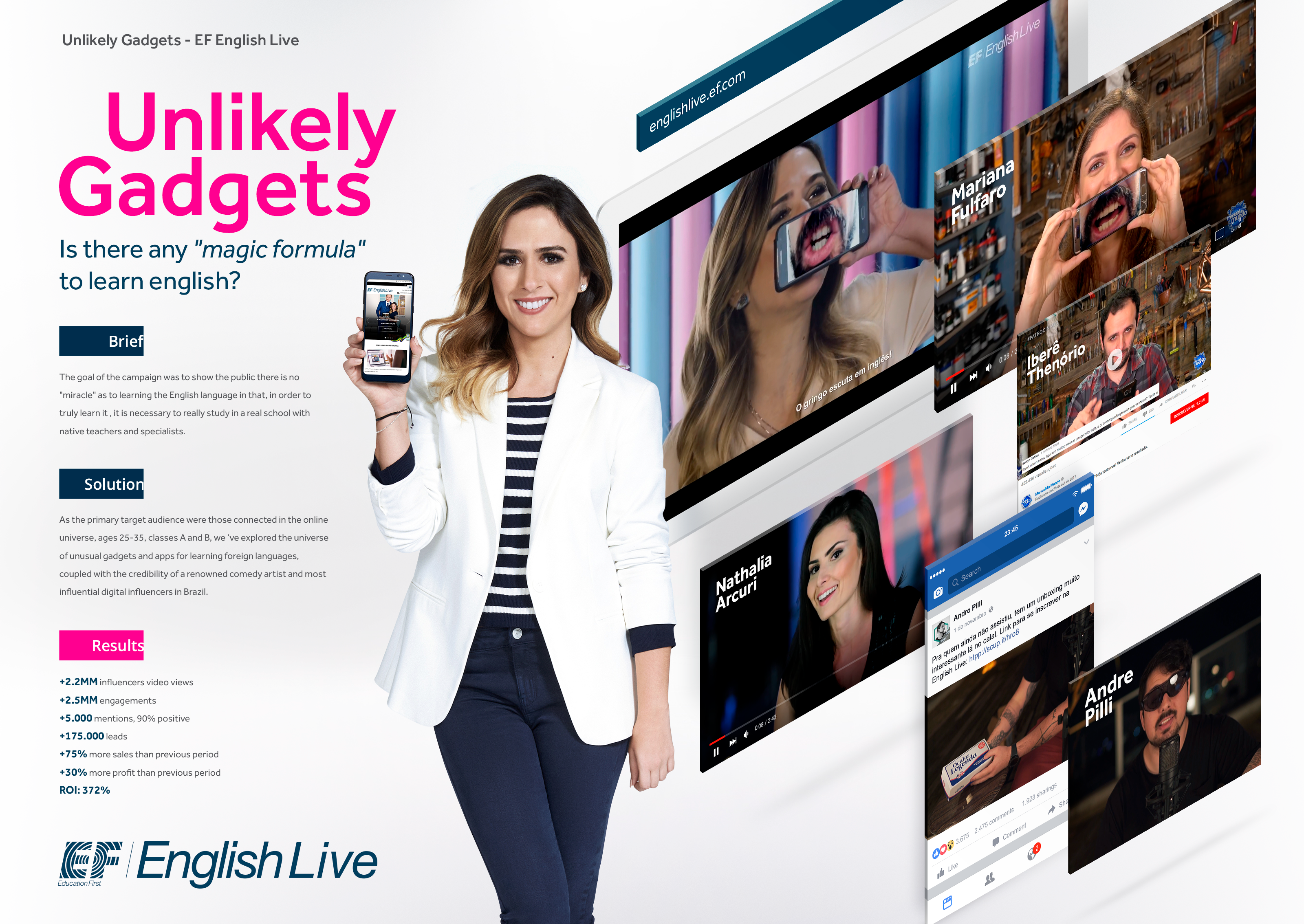 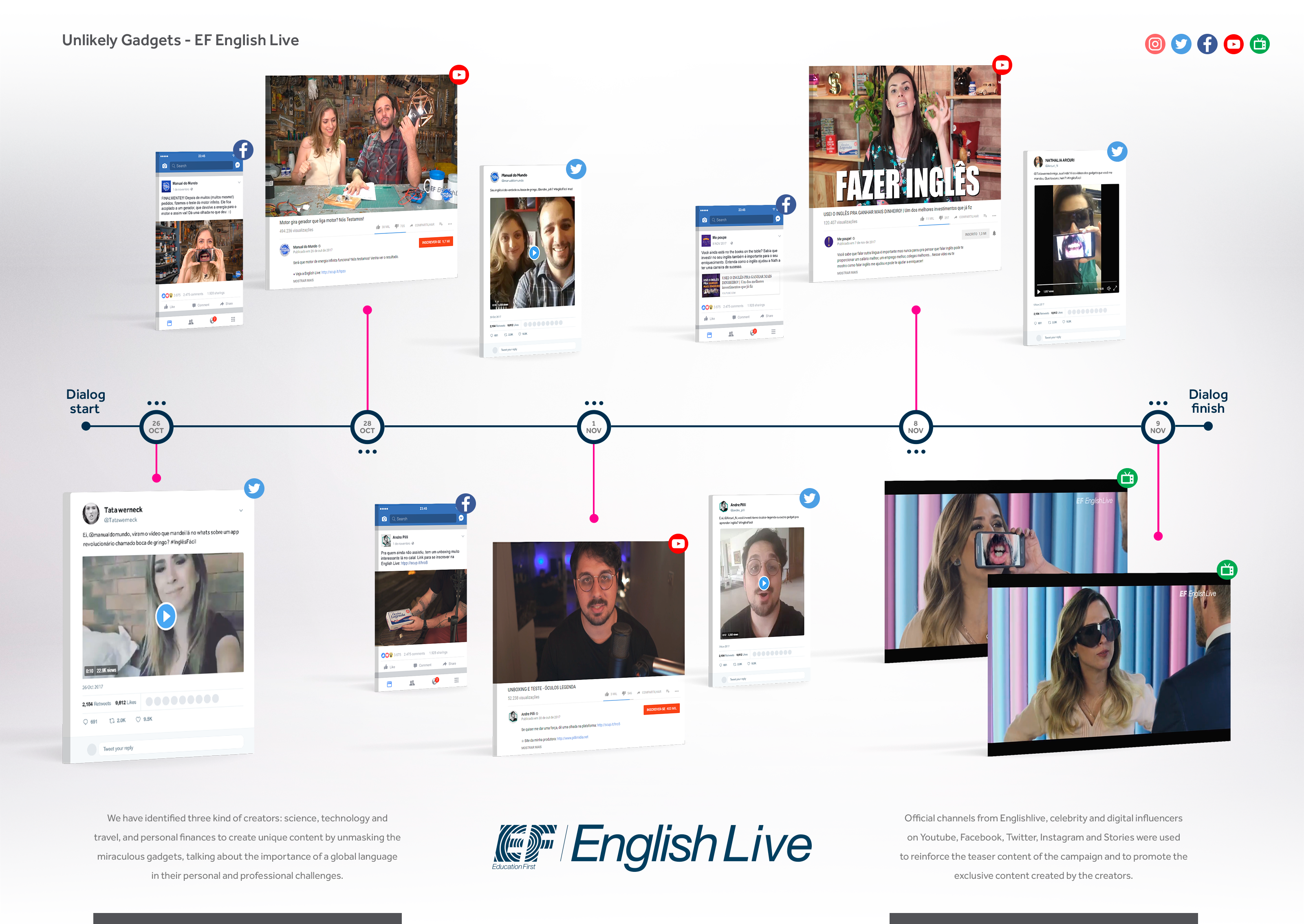