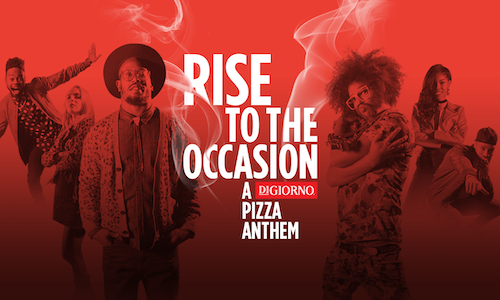 Rise to the Occasion: A Pizza Anthem

January and February are the most competitive months for football teams – and for pizza – with more purchases and pies eaten than any other time of year.

While teams are fighting for yards, brands are fighting for eyeballs and eating occasions. During this competitive time, DIGIORNO® needed to break through to inspire the "planned" occasions typically reserved for delivery. The brand had to showcase what makes it unique: from watching the crust rise to the fresh crunch of slicing it, baking a DIGIORNO pizza is as much of an experience as eating it. And as delivery giants continued to outspend DIGIORNO 20:1 in advertising and sponsorships, DIGIORNO needed to be innovative and unexpected with its approach.

DIGIORNO® set out to develop an integrated campaign that strategically positioned the brand, showing how its offerings help pizza fans elevate occasions.

Enter: "Rise to the Occasion: A Pizza Anthem": a one-of-a-kind electric party anthem to provide entertainment and utility for DIGIORNO consumers while their pizza is baking fresh in the oven, to take the moments that matter to the next level. The marketing platform was designed to show fans who the life of the party really was – no matter the outcome on the field.

The strategy was to capitalize on The Big Game as one of the most celebrated events for pizza lovers, to steal "planned" occasions from delivery and drive purchases of DIGIORNO®. To do this, the team would create a unique and engaging narrative showing DIGIORNO pizza's oven-baked power in an unexpected form.

o 99% of coverage was positive/neutral (9% above goal)

When the track dropped, it was a hit. More than a just a pizza party, the Rise to the Occasion Pizza Anthem campaign was a fresh baked aroma of delicious things to come for DIGIORNO, propelling the brand to a strong 2017 start.

Video for Rise to the Occasion: A Pizza Anthem 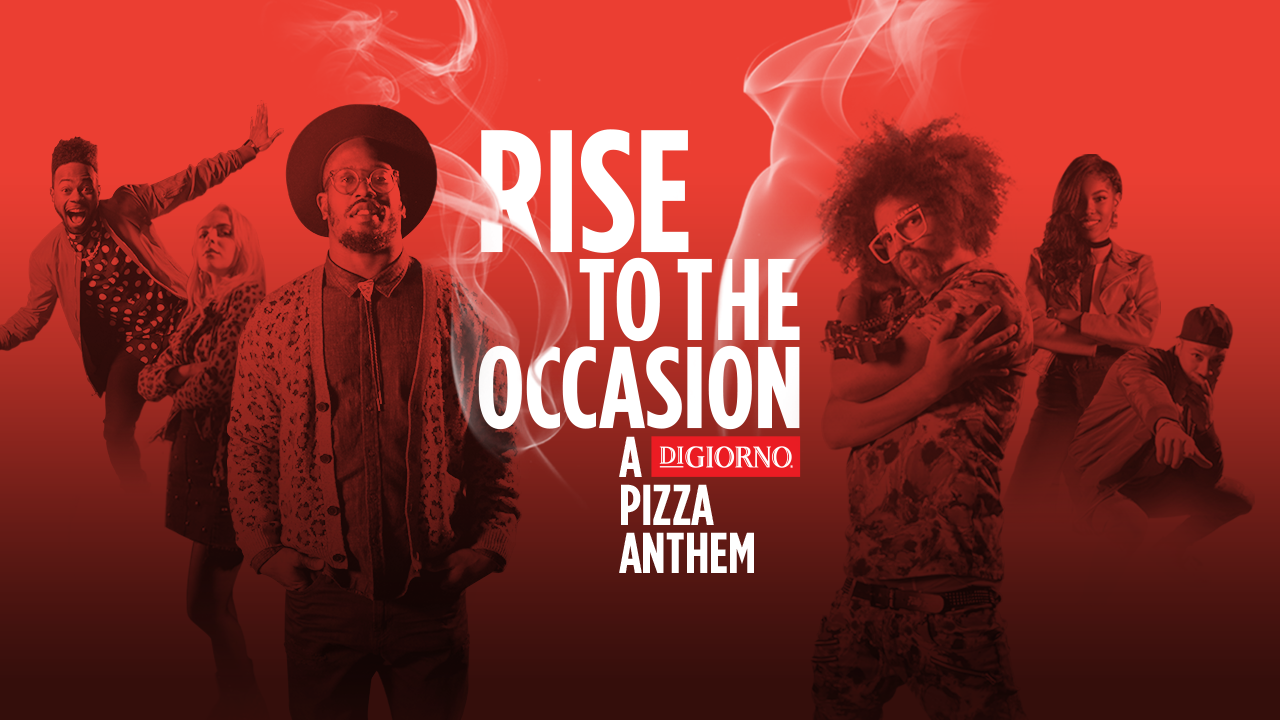