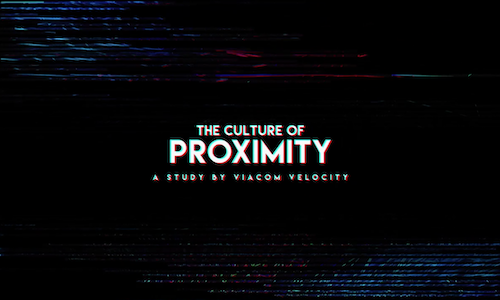 As marketers, it's critical to stay on the pulse of the culture in which our consumers operate. We live in a cultural moment where trends move at unprecedented rate, and every day we're reacting and adjusting to something new. Individuals, social groups, crowds, subcultures and mass culture have collapsed into one organic, chaotic entity. We're close to each other and to every other part of culture—yet somehow at risk of drifting further apart. How can we contextualize these cultural lightning flashes, and start understanding the larger cultural climate?

Our goal was to create a comprehensive piece of content for our partners and our industry at large, to take our insights about the cultural moment and make them actionable, providing a toolkit for a new cultural operating system of fan, brand, celebrity and creator dynamics.

Our first challenge was understanding the "why" behind the consumer behavior we see. What are consumers feeling? What empowers them? Through this exploration, we began to uncover the root cultural causes of the changes we've seen. Culture intelligence-gathering and a series of research studies from the Velocity Culture and Creative Insights made it clear that this topic required an in-depth discussion, and would be best suited by an original film.

The macro dynamics of culture that we outline in the film, close culture (what's created and shared among friends and family), mass culture (what everyone consumes together from larger entities), crowd culture (what's created and consumed among "close culture" communities), and deep culture (the esoteric subcultures shared by a relatively limited number of people) represent forces that marketers must navigate to win with their audiences. Culture is operating under new rules where, people, celebrities, brands and content creators are now entangled with one another, occupying the same culture-making space. Brands now have the ability to reach so many more people, but in order to affect them, they must reach people in new ways.

After over six months of production, the film was published on YouTube in September 2017. Velocity continues to hold screenings of the documentary and program custom workshops for brand and agency partners to help get proactive about preparing their brands to thrive in the Culture of Proximity.

The launch of Viacom Velocity's Culture of Proximity documentary generated a total of 2.6M overall impressions across Facebook, Twitter, YouTube, and Instagram. Of these impressions, 904K came from Viacom O&O handles. This resulted in 1.69M earned media impressions and a viral lift of 187%.The campaign generated 349K video views (paid and earned) across YouTube and Facebook. 297K of these views came from the Culture of Proximity YouTube Trailer from the Viacom Velocity handle. Fans of the documentary engaged with owned and organic content a total of 2.7K times through likes, comments, shares, retweets, reblogs, hearts, and creation of organic tweets.

The documentary also earned extensive press coverage, with Fast Company calling it "a marketer's blueprint for millennials." Inc. touted it as "a fascinating look at what happens when . . . customers start acting like brands, and fans start acting like stars," while The Huffington Post predicted that the culture of proximity would have "a far-reaching impact in marketing and branding."

The Culture of Proximity film continues to help our peers and partners to shape a new understanding of the cultural marketplace, with sequels and more to come in 2018.

Video for Culture of Proximity 1.0 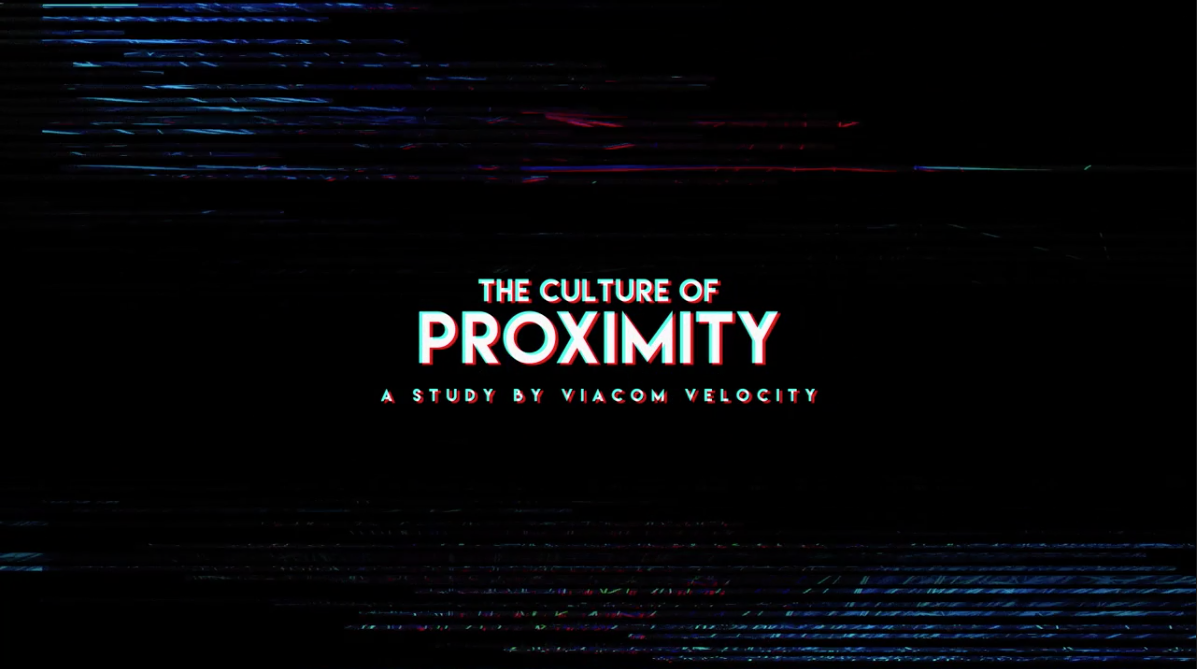