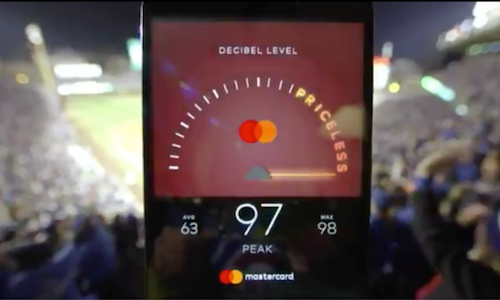 The Sound of Priceless

For the first time in 71 years, the Chicago Cubs were headed for the World Series.

As a sponsor of Major League Baseball and the Cubs, MasterCard had an opportunity to be part of history. We had two objectives: 1) connect with avid (and long-suffering) Cubs fans and everyone else rooting for the underdog, and 2) become part of the conversation in what had become a very high-profile World Series.

To create our campaign, we looked at the conversation around the Cubs, and found a perfect piece of inspiration: a player on a rival team had accused Wrigley Field fans of lacking passion. Specifically, he said Wrigley fans were not loud. We made debunking that statement our mission by creating a campaign called "The Sound of Priceless". We built a sound meter app and placed it around the stadium and the city to measure just how loud Wrigley's fans were during the World Series. In fact, you could hear the sound of their cheering a mile away! Then we created a piece of content to demonstrate just how loud and passionate Cubs fans were. We released the film online and in social media just as the Cubs won the final game of the World Series. The results were pretty priceless.

With a minimal social media budget, we amassed 1.3MM impressions, 879K engagements – including 527K video views, and an ER of over 30%. It was also Mastercard's most retweeted (Twitter) and most shared (FB) video ever within 9 hours of going live. Further, 18% of total reach was organic and earned, more than 2x our average, generated mostly by Facebook shares, comments, and likes from friends (Norm for promoted posts is 5-10%). For comparison, our earned reach on Twitter was 45% higher than comparable sponsorship golf and GRAMMYs video content.

Video for The Sound of Priceless 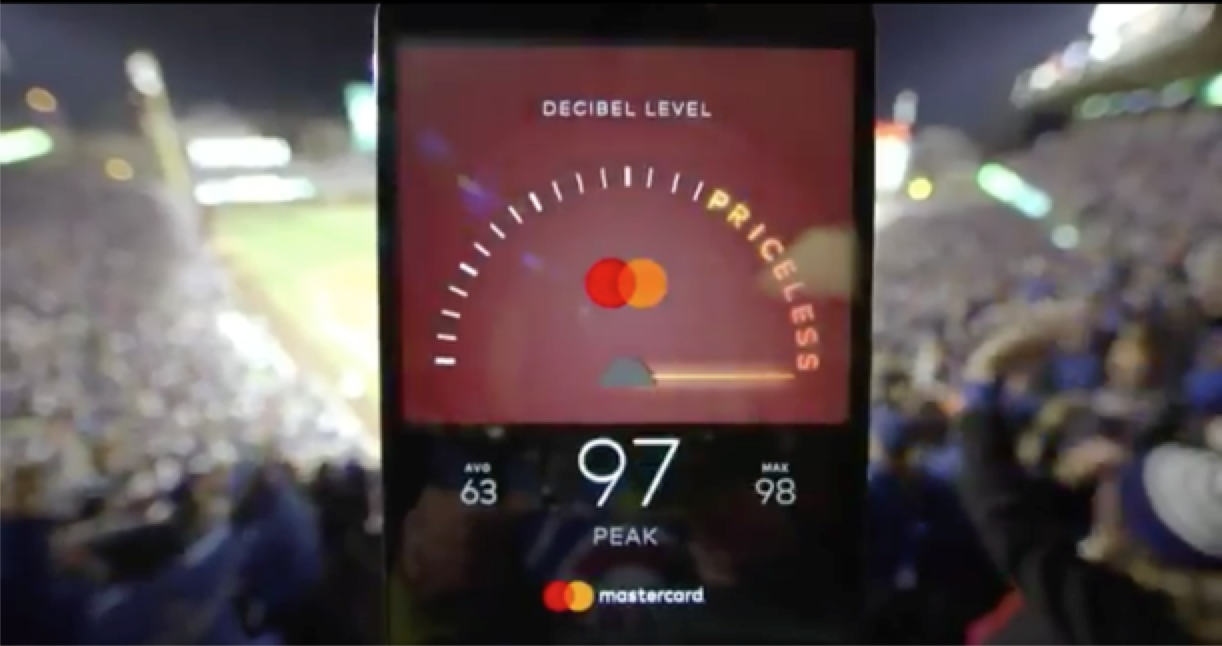