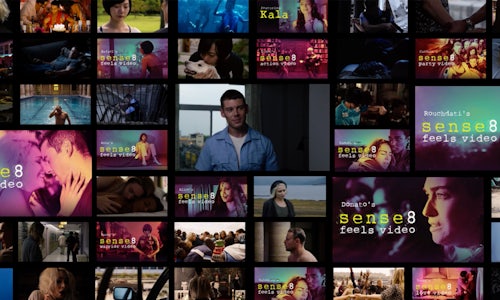 In the summer of 2015, Netflix premiered Sense8, a character-driven sci-fi series from the Wachowskis, of Matrix fame. The show was a hit, thanks to its tremendous production value, complex relationships and progressive LGBT storylines. During the 2016 holidays, Netflix wanted to bring Sense8 back with a special episode—a holiday treat to keep fans satiated until the season two premiere in May 2017. With an 18-month gap between episodes, plus the crowded holiday season, Netflix challenged us to galvanize the passionate--but dormant--Sense8 fanbase, driving awareness and creating buzz ahead of the 12/23/2016 holiday episode premiere. The target was very specific: fans of Sense8 who watched and enjoyed season one. Female viewers and the LGBT community are the most passionate, active, and vocal fans.

We surveyed fan behavior and identified two trends. 1. Fans congregate and discuss the show on the Sense8 Facebook page more than other platforms. 2. Fans love to make and share "fan vids" on YouTube. A fan-vid is painstakingly-edited video set to music that focuses on favorite characters and romantic relationships. We wanted to make it easy for fans to create and share personalized fanvids on Facebook. But where's the fun in a basic configurator? We wanted each video to feel like a surprise that conveys that Sense8 gets and loves them as much as they get and love Sense8.

Through Facebook Messenger, fans would chat with one of the show's most popular characters: the transgender hacktivist, Nomi Marks. Through the conversation, our Nomi chatbot would intuit what each fan loves about the show and gift them a personalized fanvid to share out. The entire experience would only take about 2 minutes.

Fans were invited to "Chat with Nomi" for a holiday gift. All they needed to do was click "Message" on the Sense8 Facebook page. Once in Facebook Messenger, they'd chat with Nomi about the other characters on the show, with a focus on their checkered pasts and relationships. Through this conversation, we determined which characters and emotions resonated most with each fan. For example, without explicitly asking, we could determine that a fan loved the character Lito and his more romantic sequences.

While fans wrapped up their conversation with Nomi, we generated a 45-second video, compiled from over 1000 clips that we edited, tagged and programmed with a set of complex logic rules. This was to ensure that the video each fan received felt like it had been created with love, not by an algorithm. Each video also included a custom title card with the fan's name, so it was ready to share out across social.

The experience was 100% identical whether fans engaged on desktop or their mobile device.

"A Gift from Nomi" blew up the Sense8 Facebook page on 12/21. From initial engagement with the chatbot to the delivery of the personalized fanvid, the experience had a whopping 90% completion rate. 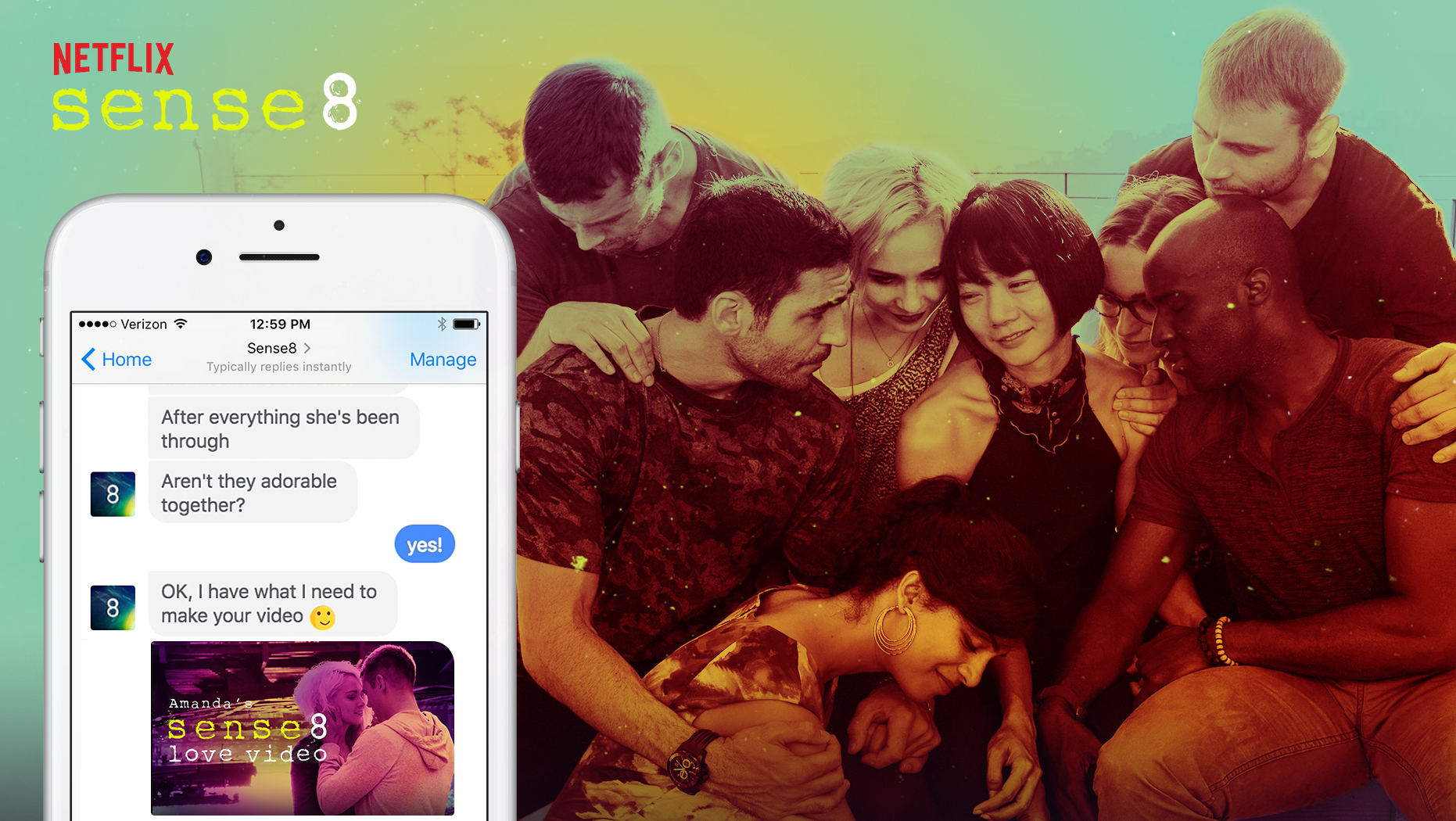 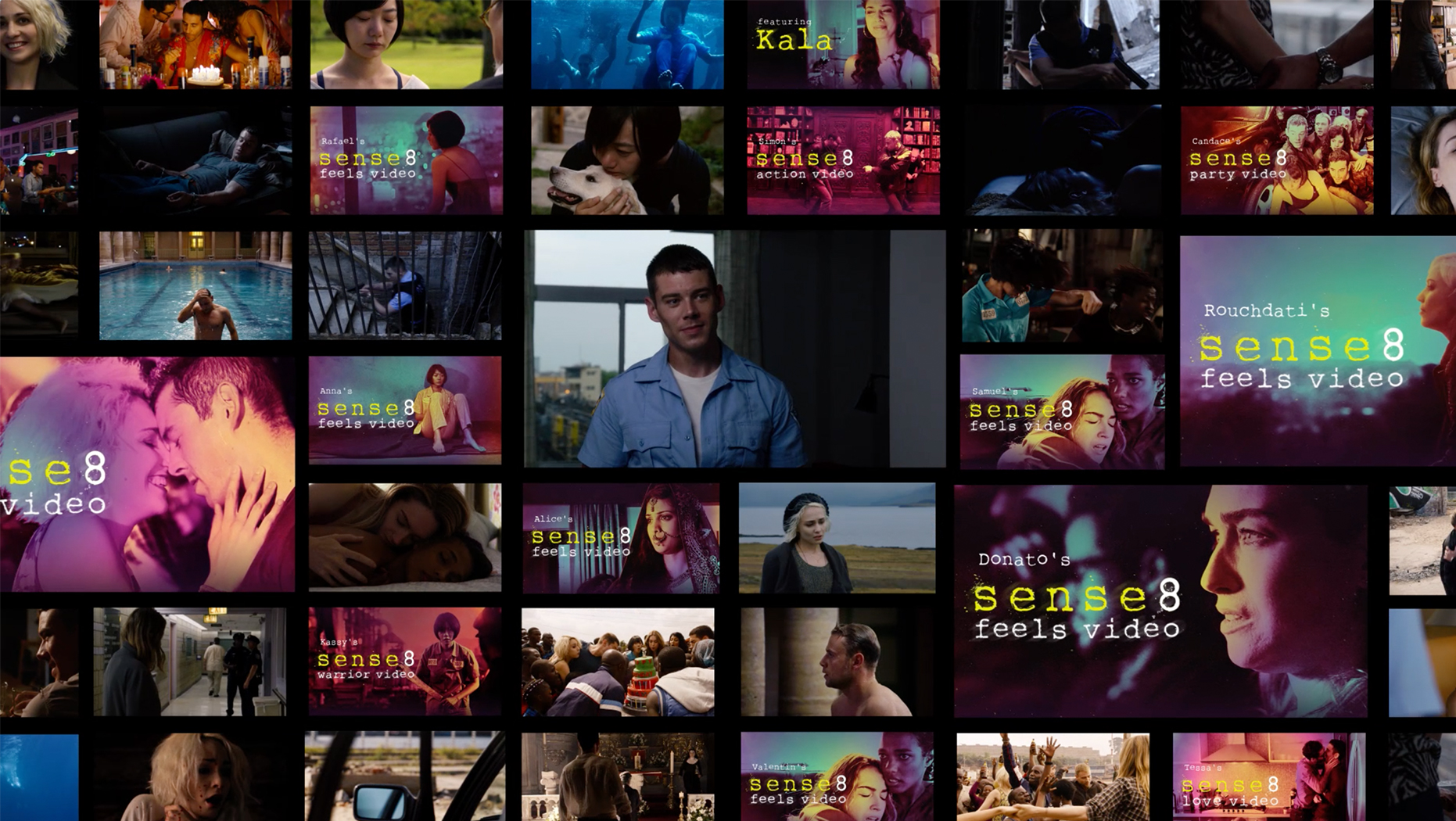 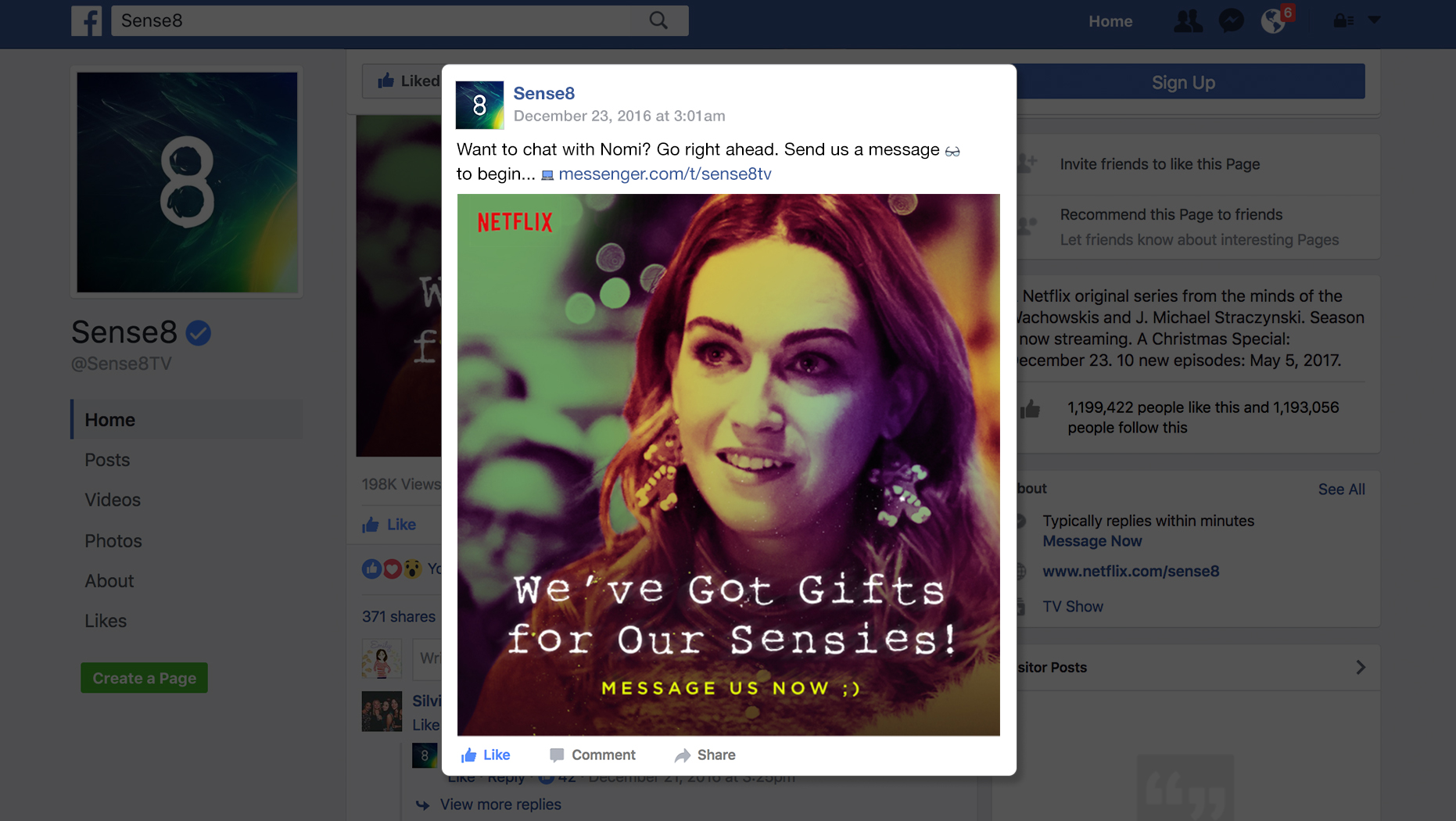