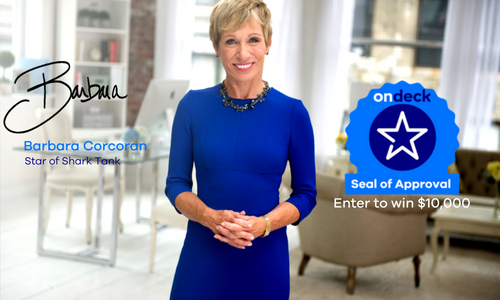 This is the second year in a row OnDeck partnered with entrepreneur and Shark Tank judge Barbara Corcoran to celebrate small businesses. We teamed up with Barbara because we both care deeply about the same thing: the success of small businesses and entrepreneurs. Our 2016 Seal of Approval contest asked entrants, "What would you do with $10,000 from OnDeck and advice from Barbara Corcoran?" Three small business owners had the opportunity to win $10,000 from OnDeck, a chance to pitch their business to Barbara on The Rachael Ray Show, and a scheduled one-on-one coaching session with Barbara in January 2017. Access to capital and marketing are small business owners' two biggest challenges – our contest provides a solution to help solve both of these challenges. This year, we focused our strategy with the contest to more closely support the overall goals of the business – which was to reach more small business owners and provide a path for them to become part of the OnDeck ecosystem, as well as increase brand awareness through social and traditional channels. We wanted to accomplish this while at the same time provide three lucky entrepreneurs even more promotional opportunities thanks to a national television appearance, as well as social media promotion, from Barbara.

The 2016 Seal of Approval Contest was primarily a mobile-optimized Facebook campaign lasting four weeks and promoted holistically across all OnDeck properties and channels.

With a custom Facebook tab, our goal was to drive entrants to the page, have them submit their story, stay on our page to learn more our business, and eventually like our page. We also used the contest as an opportunity to capture contestants' email addresses and ask them if they wanted to be opted in to our email newsletter. This way, we could extend the life of the conversation with our entrants beyond just the lift of the contest.

We issued a media alert for a launch-day satellite media tour with Barbara to generate publicity. The advisory was a hit, and on October 18th, Barbara conducted 35 radio and television interviews, including Bloomberg and Reuters, in just a few hours. A healthy mix of live and taped interviews allowed the excitement of the contest to extend beyond launch day.

We also implemented Barbara-branded pop ups on our website and blog to direct visitors to the contest tab on Facebook. In addition, we included the content in our email newsletter to current and past customers, as well as our applicant database. Barbara posted about the contest three times to her 430,000 Facebook fans and 547,000 Twitter followers during the duration of the contest. We worked with an influencer agency to identify and mobilize 85 social media influencers to post the contest on their owned properties.

While not advertised in the contest, the three small business finalists had a surprise all-expenses paid trip to New York to "pitch" Barbara on The Rachael Ray Show, which averages 1 million viewers. The segment aired on December 6th, where they were all officially named winners in front of a live audience.

Our holistic approach across our social and traditional channels, in conjunction with Barbara's influencer status and social reach, along with a surprise appearance on national television, propelled our winners forward and showed that OnDeck is a true advocate for small business.

We increased our overall brand awareness among small business owners in several areas: 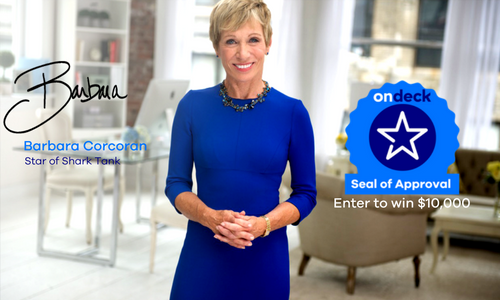