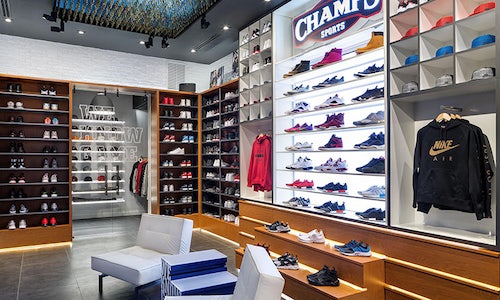 Our objective was to create an integrated campaign that differentiated Champs Sports from their competitors, making it the primary retail destination—for the high school consumer who loves the lifestyle of the modern athlete during the Back To School and Holiday seasons. It wasn't enough for Champs Sports to speak to its consumer directly—we wanted Champs Sports to prove its knowledge of "game" and get the credit for it. While performance is a big part of our target consumers' lives, so is their off-field activity, including their love of music and culture. We posed the question: how do we prove the Champs Sports brand conviction of "We Know Game"?

Our strategy was to show off how the "everyday grind" of an athlete could pay off. To illustrate this, we partnered with a former Champs Sports employee who has taken the world by storm: DJ Khaled. In conversations with DJ Khaled, we discovered that when working at Champs Sports in Orlando, Florida, he would put his mixtapes in the boxes of customers purchasing shoes to spread his music. This is the personification of the everyday grind and a compelling story we wanted the brand to own in a big way. We also leaned into DJ Khaled's passion for sneakers and connection to celebrity athletes, knowing that these are two passion points shared by our consumer.

Through a series of online videos, we teased the concept development of the store leading up to an actual store launch during the Revolt Music Conference. DJ Khaled and Champs Sports launched his store at a time where Miami was flooded with celebrities from various industries who were hungry to explore this never-before-done collaboration. We provided them with a curated collection of hard-to-find product, food, and gift bags to commemorate the moment.

We leveraged traditional media, and social channels like Snapchat, Instagram, and Twitter to amplify the moment, which paid off the Back to School campaign that teased the store.

Moving into the holiday season, we were able to continue our storytelling by establishing DJ Khaled's Champs Sports Store as the place to be. We created "The We Know Game Show," putting the Champs Sports brand at the center of our work and assuring that every time Khaled said the title, Champs Sports got the credit. The We Know Game Show allowed us to highlight the latest footwear available at Champs Sports while touching on topics near and dear to our consumers' hearts. Keeping it authentic, we had special guests like Antonio Brown from the Pittsburgh Steelers, who was a special guest host while DJ Khaled was celebrating the birth of his son. We incorporated these real-life moments that were in line with DJ Khaled's nonstop documentation of his life through social. Staying true to our objective of paying off the everyday grind, we invited a high school student-athlete to the store to meet his favorite football player.

The DJ Khaled Champs Sports Store campaign was the first of its kind, which helped us reinforce Champs Sports as an innovative company that understands its landscape and consumer. Because of the impact of the campaign, Champs Sports has gained leverage in its negotiations with shoe companies and received favorable recognition from Nike, Inc., who was the lead footwear featured in the campaign. The success of the campaign led to a store appearance by DJ Khaled that attracted over 400 consumers.

DJ Khaled's Champs Sports Store is still around today, and the spot, as well as the exclusive product it showcases, is something Khaled loves to show to guests and visitors at his studio. 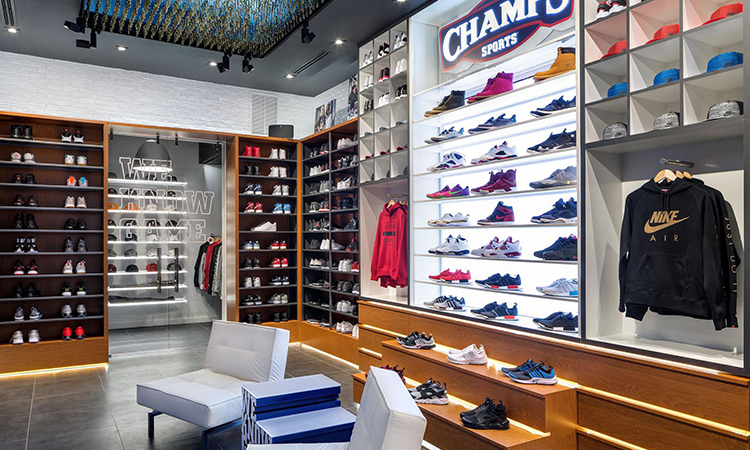