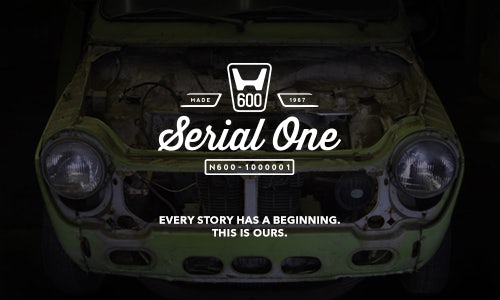 Serial One was the first Honda automobile imported to the U.S. Appropriately named after discovering its vehicle identification number, N600-1000001, Serial One was amongst the first Honda test vehicles for America. It was destined for the scrap heap, but, through fate, found its way to Tim Mings, the only full-time N600 mechanic in the world.

We took this rare discovery as an opportunity to create an emotional connection with the Honda brand by sharing the story of Honda's humble beginnings in the Untied States, and to engage with hardcore Honda fans. At the end of the day, we just wanted to give Honda lovers a reason to love the brand even more and to actively interact with our content.

In the next 12 months, our camera crews were present for every step of the restoration. From witnessing Serial One's first engine start since being rebuilt to the restored version's revelation one year later at the 2016 Japanese Classic Car Show, Honda documented every little bit of progress that Tim made on the car. In an effort to keep fans interested and engaged in the project for over a year, we turned each milestone into a short, easily digestible piece and gradually shared all of them on Honda's social channels. To offer further insights into the origins of Honda and add more human interest, we also sprinkled in interviews from Honda retirees and smaller glimpses into Tim Mings' life.

What really sets the Serial One campaign apart is that it tells the story of how Honda climbed its way from humble beginnings to a household name in America, rather than selling a particular vehicle. Because we had to keep viewers interested for over 12 months, we had to rely on shares from our social posts and blog coverage.

We didn't just tell the story of Serial One's restoration. We also told the history of Honda's renegade spirit through the N600, Honda's very first automobile and the granddaddy of every Honda on the road today. The American market didn't believe Honda could make a car, but the N600 was, ultimately, the reason Honda became the household name that it is today. Through Serial One and Tim Mings, we told the story of Honda's growth in America on a week-by-week basis. Along the way, we introduced Honda's followers to Tim's parents, his wife, many of Honda's like-minded associates, and a variety of artists, who each played a pivotal role in the restoration.

When all was said and done, Honda not only got to tell the story of the N600 over the course of a year, but also launched a brand movement that social fans everywhere fell in love with.

Honda's Serial One initiative was truly one-of-a-kind. From capturing the brand's humble beginnings to watching each piece of Serial One come back to life week by week, the Internet had an overwhelmingly positive response to the project. The launch video alone received 48.7 million impressions across Honda's social platforms with a total of 206 million PR impressions and features from online publications such as Motor Trend, Jalopnik and Yahoo! Autos. Week by week, people followed along to check in on Serial One's progress, as indicated by the project's average engagement rate of 4.8%. Over the yearlong restoration, our Serial One content kept fans interested and engaged all the way to the final video, which received more than 39 million PR impressions.

Video for Honda "Serial One" 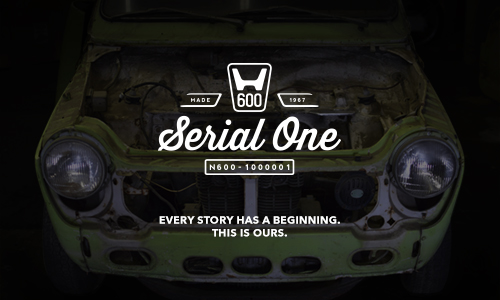