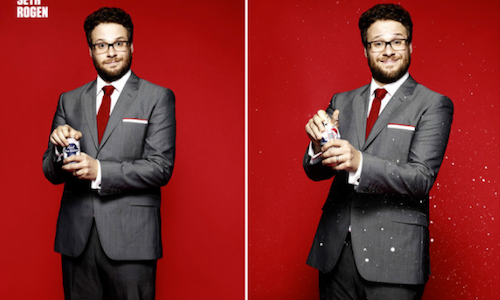 Each year since 2014, Pabst Blue Ribbon has participated in the online conversation surrounding Super Bowl. Unlike our competitors, who pay millions of dollars to advertise during the biggest sporting day of the year, Pabst Blue Ribbon challenges traditional advertising efforts with offbeat humor and smart social media. Our goal for 2016 during SB50 was to entertain our current fans and followers, while owning a larger piece of the online conversation than we did in years past. We did it the Pabst Blue Ribbon way; not forced, no ad dollars, just good, old fashioned marketing fun.

As a brand, we've made a concerted effort to stay clear of traditional advertising. So when it came time to prepare a game day strategy, Pabst Blue Ribbon went one step further and devised a plan to disrupt our competitors in the consumer packaged goods space. The obvious competitor being Anheuser-Busch, who just so happened to have multiple ads airing during the Big Game. We then followed up with our own halftime sideshow to compete against the branded Pepsi Halftime Show.

Pabst Blue Ribbon was aware of all of the ads from AB InBev because they were kind enough to share them with the internet two weeks early. The Bud Light ad featured Seth Rogen and Amy Schumer doing a political comedy shtick, while Shock Top featured TJ Miller in a bit with a talking tap handle. Pabst Blue Ribbon just so happened to have images of Rogen and Miller holding a PBR in our arsenal before they were paid to be in a Super Bowl ad for one of our competitors. We were ready.

Step 2: Timing is everything.

During the big game, we were ready to fire off these prepared images just as their traditional advertisements had ended. We tweeted and the response was overwhelming.

We DID NOT include a flurry of hashtags for added reach nor did we put money behind these tweets. We wanted the results to be organic and we wanted our fans to engage with our content in an authentic way. It worked.

By far, the tweet featuring Seth Rogen remains one of the best social moments in the history of Pabst Blue Ribbon's social media marketing efforts.

During the Pepsi Halftime Show, we decided to partake in a bit of fun by offering our fans a few alternatives to watching the Coldplay performance. Every minute of halftime we sent an original tweet with the hashtag: #BetterWaysToSpendHalftime. Our fans not only retweeted us, they began participating in the conversation.

During the last quarter, Budweiser aired an anti-drunk driving ad featuring Helen Mirren. For this ad, we changed course and gave kudos to our competitor via Twitter for saying what needed to be said for all alcohol companies. We used their hashtag, #GiveADamn, and they tweeted back to us in a positive light as their message was recognized as one the serves us all.

The results speak for themselves.

Pabst Blue Ribbon was mentioned over 12,000 times on Twitter during the 24 hours surrounding Super Bowl (results tracked using Sysomos key word search)... resulting in over 22 million impressions. By comparison, Bud Light's hashtag for the Seth Rogen/Amy Schumer spot (#BudLightParty) was used 11,000 times during the same window of time. Reminder: They spent $5 million dollars to advertise during the Super Bowl, while we spent $0.

Additionally, our Twitter brand "trolling" was written about by a number of outlets and even received the Best Brand Tweet award from MarketingLand.

To top it all off, Seth Rogen's management reached out to us shortly after the Super Bowl to be his exclusive beer partner for Sausage Party, his R-rated animated feature film. He even drank PBR on the red carpet of the New York Premiere. 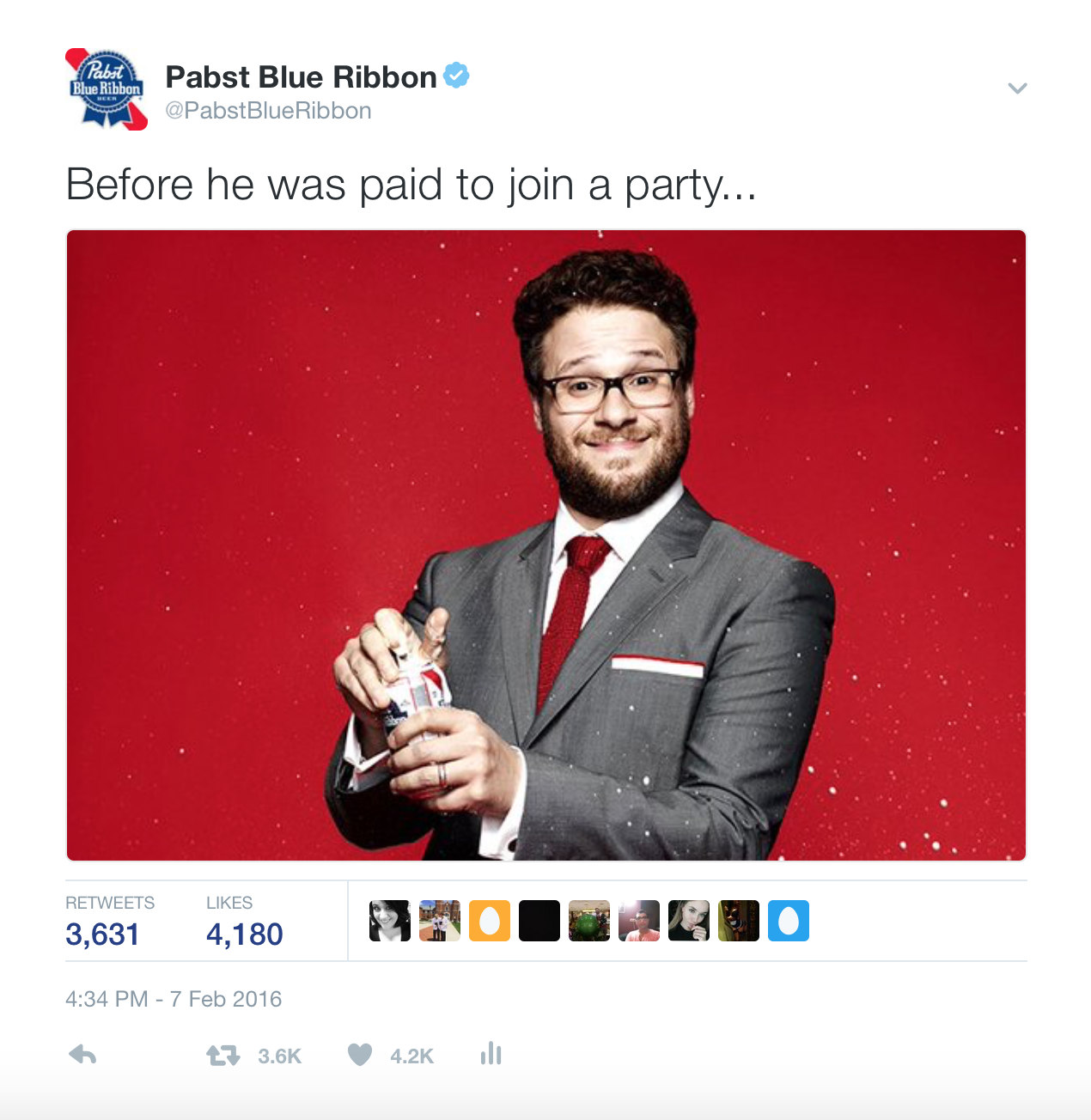 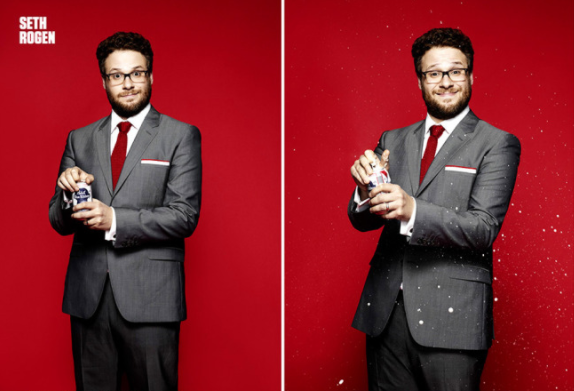