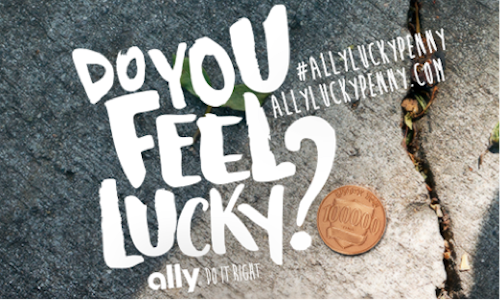 At the outset of 2016, Ally was an online bank known well as a high-interest rate haven to older, wealthy savers but had just 9% unaided awareness amongst the general population. We had a tall order: grow general awareness of the bank in anticipation of the launch of several new products including a credit card, a mortgage service, and a new investing product. Additionally, we had to do all of this with a fraction of the media budget enjoyed by other behemoths in the category.

Our approach was simple: break through and get America talking about Ally by outwitting and outmanoeuvring the competition, bucking category trends, and keeping the brand's promise to keep the financial well-being of every customer at the center of every brand action.

With the promise of being a "relentless Ally for your financial well being" at the core of everything we do, we set out to find out everything we could about how people think (or don't think) about their finances. When we discovered that nearly 50% of the 13 billion pennies the US Mint produces each year fall out of circulation we knew we had struck gold copper. What better way to spark a national conversation about finances than to show consumers that $130,00,000 is being left on the table each year and that we'll make sure they aren't missing out.

Our concept was simple: people aren't paying attention to pennies. If we can get people to care about pennies, we can get them to care about interest rates, investing products, and cash-back credit cards.

Without any warning or fanfare, we placed 100 ordinary looking "pennies" in 10 American cities in plain sight: on busy hiking trails, city sidewalks, fishing piers, near landmarks, in parks and more. Each "penny" was specially marked with an Ally logo on one side, and a call-to-action on the other: Visit AllyLuckyPenny.com and you could win $1,000.

Using PR, social media, influencers, and paid media we let the country know these pennies were out there.

To maximize attention on the program, we took a 360 approach to tactics and content ensuring that we optimized the experience for each channel. We used:

With the intention of driving awareness of the brand, awareness is exactly what we did: The 350+MM PR & marketing impressions helped drive an increase to 57% awareness, the highest in Ally history. The epic reach of Lucky Penny also aided in Ally crushing their deposits goal of $9.5 billion by reaching $11 billion.

Some of the more specific measurements that lead to the above are below: 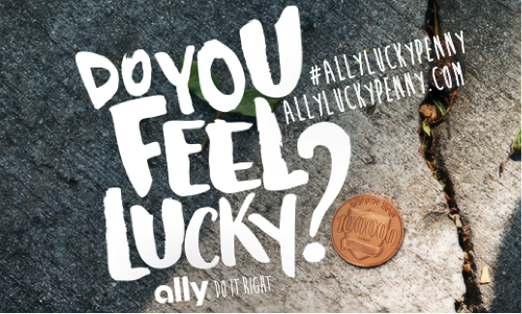