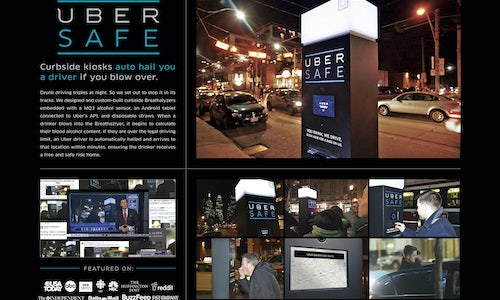 Finalist in Creative use of Technology, Technology

Drunk driving continues to be a major issue across the world. This is especially true at night, when alcohol-related accidents increase by 350%. But what if we could find a simple way to stop drunk drivers in their tracks by giving people a convenient and safer alternative? Uber provides a safe, reliable option to get home after a night of drinking. We wanted to illustrate this safe alternative directly to Uber's core mid-20 millennial target, as they are leaving intoxicated from bars and nightclubs. So we introduced Uber Safe, a breathalyzer kiosk that brings the Uber app into a physical street installation, with a twist on the app's typical delivery. We set out to introduce people to Uber in a non-traditional way while helping to keep the streets safer and the number of drunk driving incidents down.

The Uber Safe initiative thus far has generated over 55 million free impressions online. The idea has been covered by major media outlets throughout the world and created a plethora of positive sentiment for a brand that more often than not receives negative press. We set out to introduce people to Uber as a safe alternative way home after a night of drinking and we succeeded by getting people watching, talking and sharing the message while keeping the roads safer and potentially saving lives along the way. Uber Safe has been so successful, they are being implemented across the globe on popular drinking occasions when the risk of drinking and driving is at its peak. 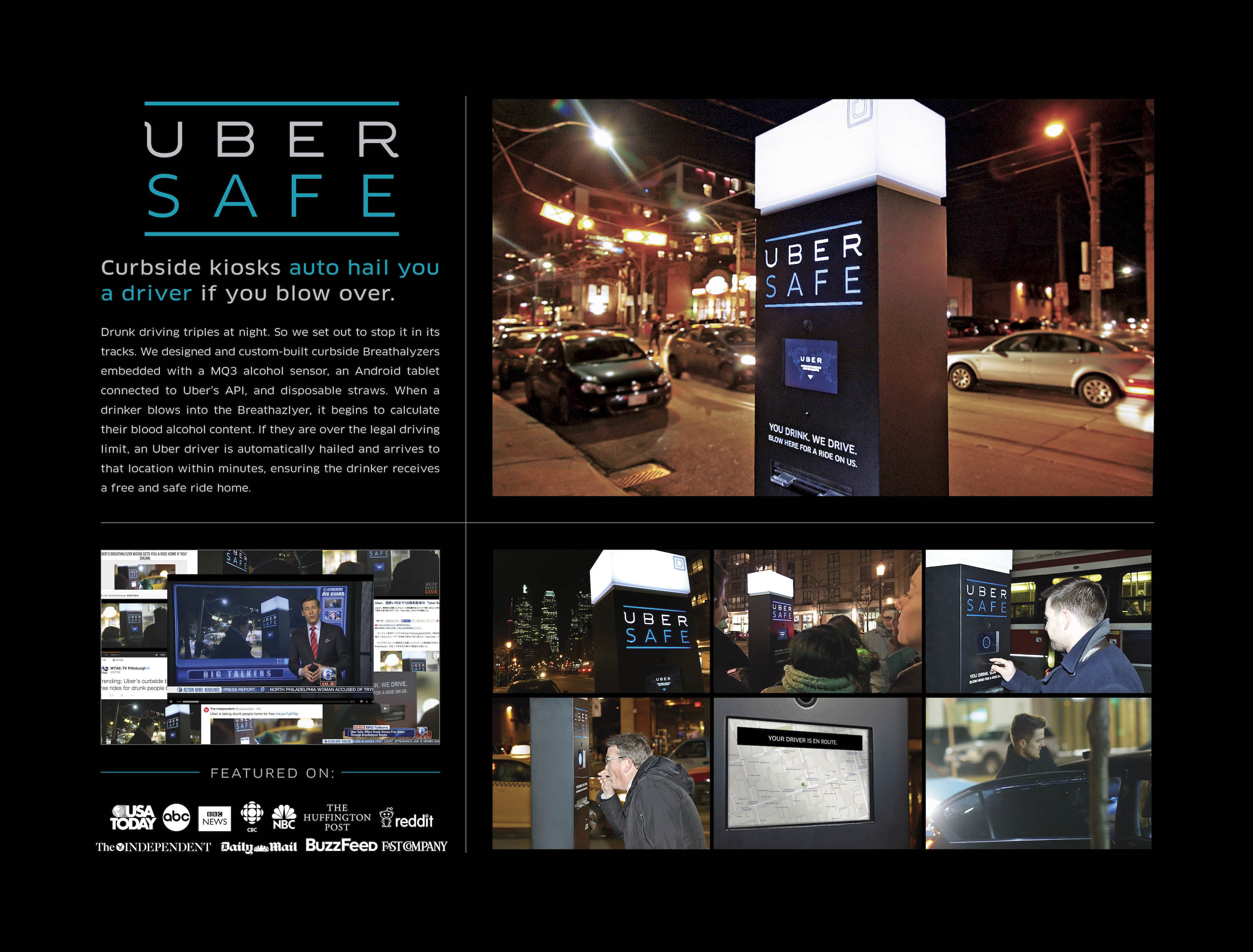