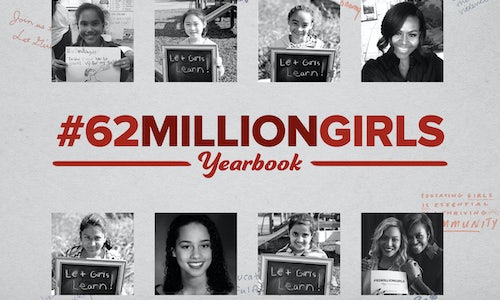 Due to a wide range of cultural and economic barriers, 62 million girls worldwide continue to be denied access to education, simply because they are girls. In March 2015, President and First Lady Michelle Obama launched the Let Girls Learn initiative to address this global crisis. While the initiative was welcomed in international development and advocacy circles, by fall 2015, Let Girls Learn and the issue of international girls' education had not broken through to audiences across the country, nor leveraged high-level celebrity and influencer engagement. Our challenge was to communicate a complex set of social, cultural, and economic issues that cause millions of girls, primarily located in communities far from the United States to be out of school in a way that made the issue personal, significant and powerful. We knew we had to start by helping people emotionally relate to the problem through their own personal education experience, to be able to relate to the impact for millions of girls around the world.

Because the crisis of the lack of girls' education is so complex, we knew that we needed to simplify our message to achieve mass awareness. #62MillionGirls focused on the most shocking and memorable statistic — the vast number of girls currently affected. We created a social mantra that could easily be repeated while giving people a simple reason to want to get involved once they learned about the immensity of this issue. We also needed to connect to people's personal emotions regarding education and show that education is about more than reading and writing — It is the key to making people who they are today. So we asked people to Tweet or Instagram a yearbook-style photo of themselves and answer the question "In school I learned ____. #62MillionGirls never have that chance."

First Lady Michelle Obama launched the campaign in person at the Global Citizen Festival in New York's Central Park and Tweeted and Instagrammed her photo and message. The campaign instantaneously took off and gained momentum as dozens of celebrity participants such as President Obama, Beyonce, Bono, Mindy Kaling, Reese Witherspoon and Leonardo DiCaprio lent their voices to the campaign, extending its reach.

We created an empty yearbook on 62milliongirls.com, in partnership with the advocacy organization Girl Rising, and technology partners Bazaar Voice and Inphantry, simulating one blank space for every girl missing from school. As people used #62MillionGirls on Instagram and Twitter, the site began to populate with participants' photos and their very personal messages regarding their own education.

The First Lady also appeared on The Late Show with Stephen Colbert to promote the call to action. After seeing the inspiring participation in the first days of the campaign, Edelman produced a digital billboard in Times Square with the support of ad space acquired by the Peace Corps.

After the First Lady announced the campaign at the Global Citizen Festival, #62MillionGirls immediately began trending at #1 in the US and #3 globally on Twitter. In just a few weeks, the campaign generated over 220k social mentions of #62MillionGirls and almost 1.8 billion potential impressions. Additionally, the campaign was covered in dozens of news organizations from MSNBC to CNN to MTV. Over 50 influential celebrities, political leaders, CEOs, advocates, and even Sesame Street Muppets shared what they learned in school. But most importantly, we saw dozens of schools and youth groups around the world, participate under the guidance of teachers and mentors who witnessed our campaign or from students who were inspired on their own and encouraged peers to participate as well.

We've also seen the #62MillionGirls hashtag become synonymous with girls' education, popping up in association with coverage around the UN Global Goals for gender equality, achieving our goal of raising widespread awareness of the girls' education crisis and Let Girls Learn.

Video for The #62MillionGirls Yearbook 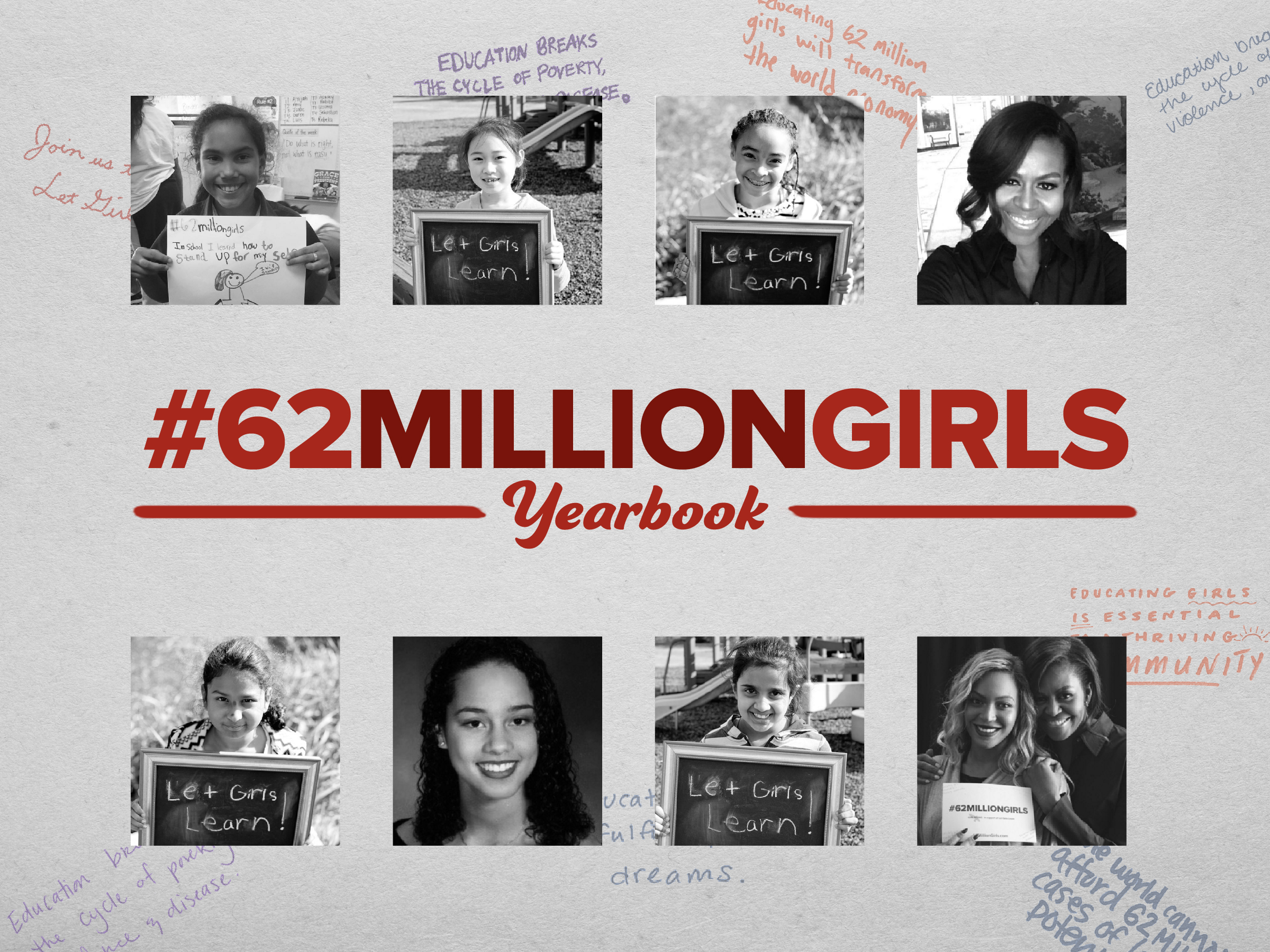 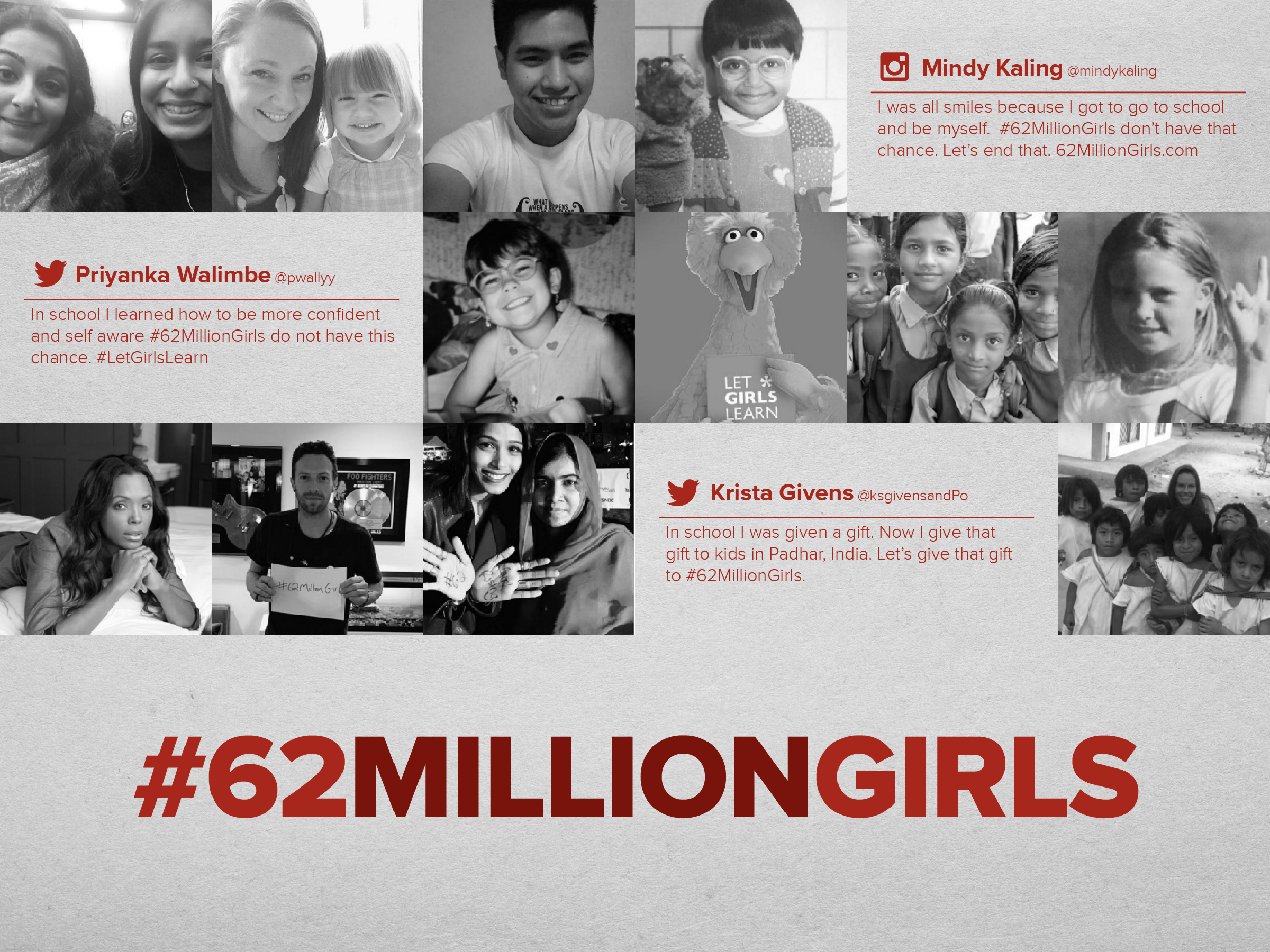 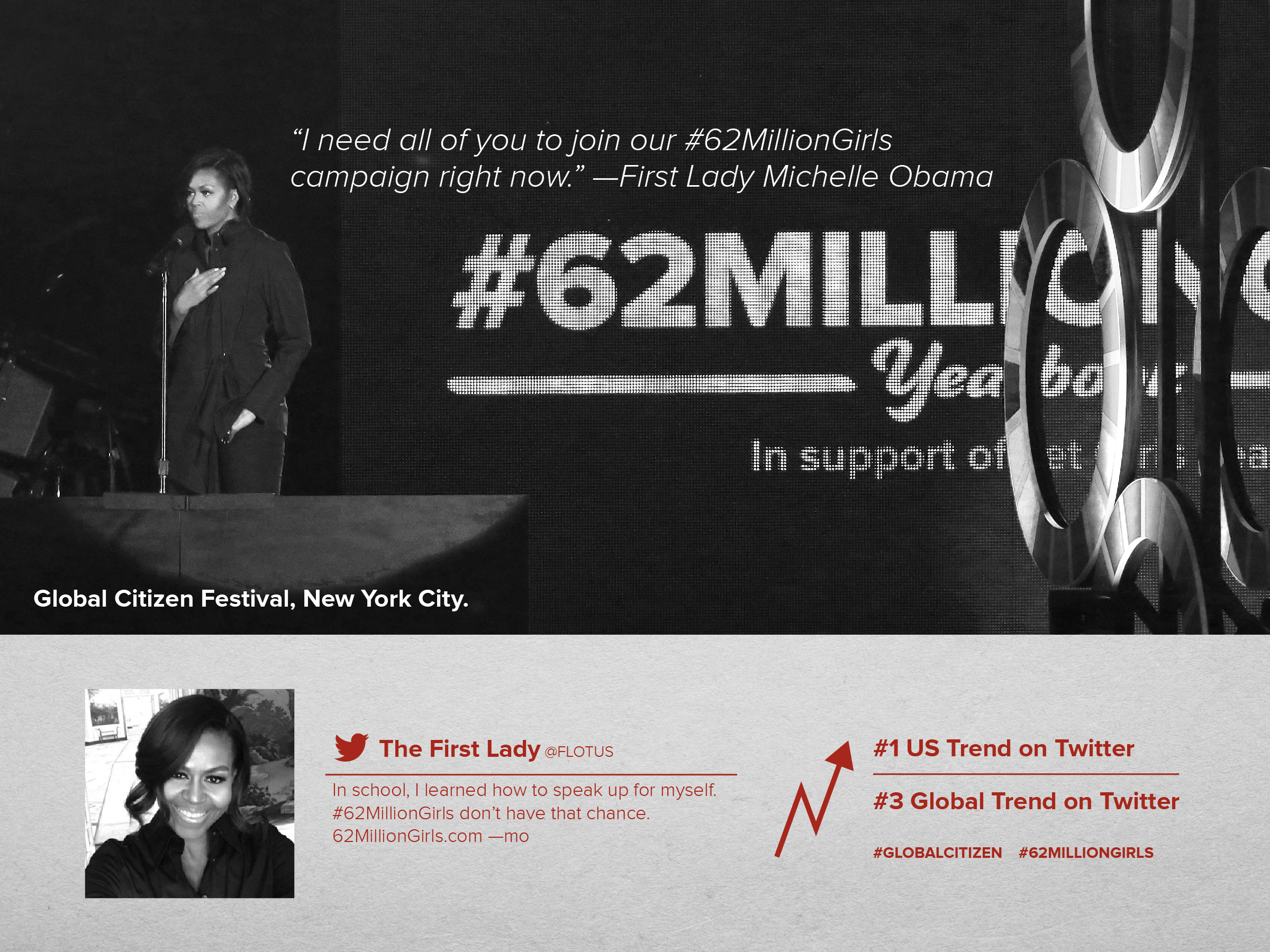