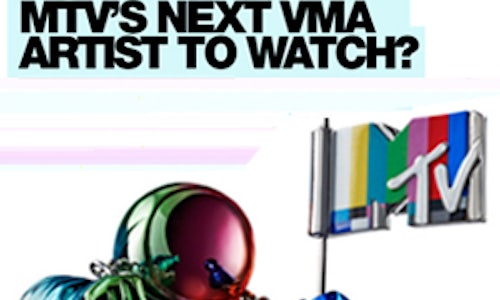 Taco Bell #liVeMAs at the VMAs

Taco Bell set forth to reinforce its presence in the QSR sector, proving that food is not just fuel but an experience that matters at the 2015 VMAs. With a goal of weaving in Live Màs messaging through a program grounded in social across multiple touchpoints, MTV was tasked to bring the campaign to life through a unified message that fed fans' lives with Màs. With a live event cluttered with pop culture commentary and messaging, Taco Bell needed to stand out as a brand that supports emerging artists. Together, MTV and Taco Bell were challenged to change the traditional awards show by engaging fans throughout the show and giving them control of voting. Finally, Taco Bell wanted to find alternative ways to reach fans through emerging social platforms, customizing creative strategies to engage.

Taco Bell was woven into the VMAs with the partnership driving 90% of the total #liVeMAs conversation during the campaign timeframe and AdWeek named Taco Bell the #2 Most Talked About Brand based on VMA related digital content engagement. For the first time ever, MTV reinvented the live event by introducing hashtag voting for the Artist to Watch nominee and fans engaged. In fact, hashtag voting accounted for 35% of the total category votes and both of the voting hashtags #VoteVanceJoy and #VoteFettyWap trended globally on Twitter. Taco Bell participated in two first to market opportunities – the first-ever Twitter amplified Periscope live stream and the VMA Snapchat Live Story ad – resulting in more impressions and engagements on native social platforms. Overall, MTV delivered branded content that integrated Taco Bell and the live màs spirit around a live event that was the most tweeted TV program EVER and generated over a half a billion social engagements. It was also viewed by almost 10MM people and ranked the #1 award show on cable this year across several demos. 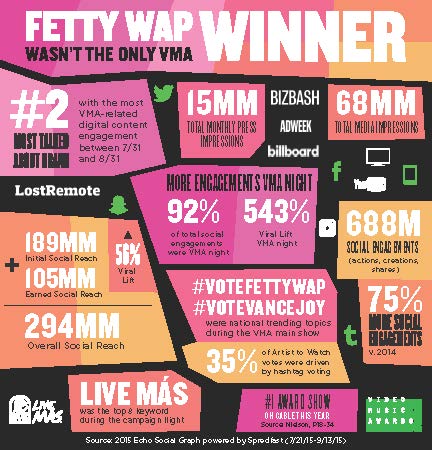 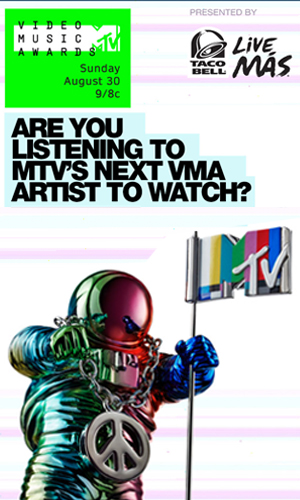