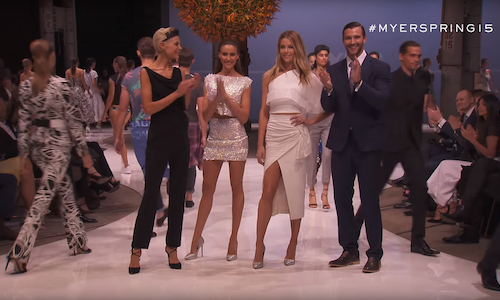 With MYER's well established runway show featuring a variety of designers and labels, we needed to build awareness and consideration for the new season trends through a sound digital strategy. In a heavily cluttered environment, innovation and fresh thinking were imperative, allowing us to cut through whilst maintaining MYER's position as the fashion authority in Australia.

The new season's trends needed to be accessible to the socially active fashion enthusiast & MYER's core target consumer by showcasing the trends in a realistic way - from runway to real life - and reinforce MYER as her fashionable shopping destination. MYER's well-defined core target consumer characteristics is women motivated by being up-to-date and shops fashionable but accessible designers, 25-45 years old.

With limited seats to the very sought-after VIP fashion show, the challenge was to make the fashion show and its top models accessible to MYER's core consumer, while maintaining the live show's premium feel for the top fashion editors, brands and influencers.

Another challenge was to ensure we had a National footprint with a Sydney-based event.

At a critical fashion-empowered time of the year MYER needed to stand out from the clutter, and draw the core consumer back into MYER by showing her the new season launch and brands. It was about delivering curation and guidance at scale, while making it personal and easy for her.

We needed to keep the show elite but not alienate MYER's core consumer. We wanted to make her feel part of the event and take her to the runway. We also needed her to experience the show through the eyes of the audience, in a social environment. The best solution was to partner with Twitter and Periscope in a Fashion, Retail and Brand first for Australia. So we developed the first retail live-streaming fashion show with Twitter, building mass-scale awareness and interest.

Using Periscope, we were able to present MYER's new line in real time. The strategy enhanced the overall campaign by building awareness and engagement, where fashion enthusiasts could go to and engage in real time – social media. This was done through a Twitter trend on the day of the event, owning fashion conversations for that day with the #MyerSpring15 hashtag, leveraging distribution and sharing of assets through other owned, paid and earned social media – before, during and after the show.

Karen Stocks, Managing Director of Twitter Australia said of the strategy, "We were delighted that MYER used Periscope to launch their new fashion season. They were the first to do this in Australia which is a strong reflection on their commitment to innovation and their customers. Through the Pericope broadcast. MYER was able to give customers an exclusive front row seat to view all the latest fashion, direct from the catwalk."

We designed the stream in a way that allowed MYER to respond in real-time on which brands were featured and help direct people to the website for more information on featured clothes, helping to build direct sales off the runway. We encouraged influencers and fashion editors attending to engage with Periscope and the #MyerSpring15 hashtag at the show, building a deeper engagement with the audience and earned media credibility. That included highly influential editors from Tier 1 publications, News.com.au, The Herald Sun etc., Periscoping the fashion show from their seats, bringing the show to their followers.

The official social pages of Vogue, Elle, InStyle, RUSSH, Buro 24/7, Sunday Style and Men's Health were encouraged to promote the Periscope live-stream for their audiences to tune-in. They also tweeted in real time and posted "behind the scenes" and wrap-ups across their social pages and websites, massively amplifying earned impressions, reach and awareness across Australia.

Our past learnings and insights have shown that there is a high interest around the fashion shows' wrap-up posts that feature and highlight Australian top models and influencers Jennifer Hawkins, the face of MYER, and Rachael Finch among others. That is evident by the very high engagement rates generated by such posts.

During the show, Periscopers shared positive comments on MYER's initiative, saying that other retailers should follow MYER's example.

Tweets: 12.6% ER from tweet announcing the live-stream's commencement, x12 the Twitter benchmark*. 9,351 engagements and a 11.49% ER from the first trend tweet, most engagements by tweet. Post-show tweets were amplified through-out the weekend and all delivered ERs higher than benchmark*. 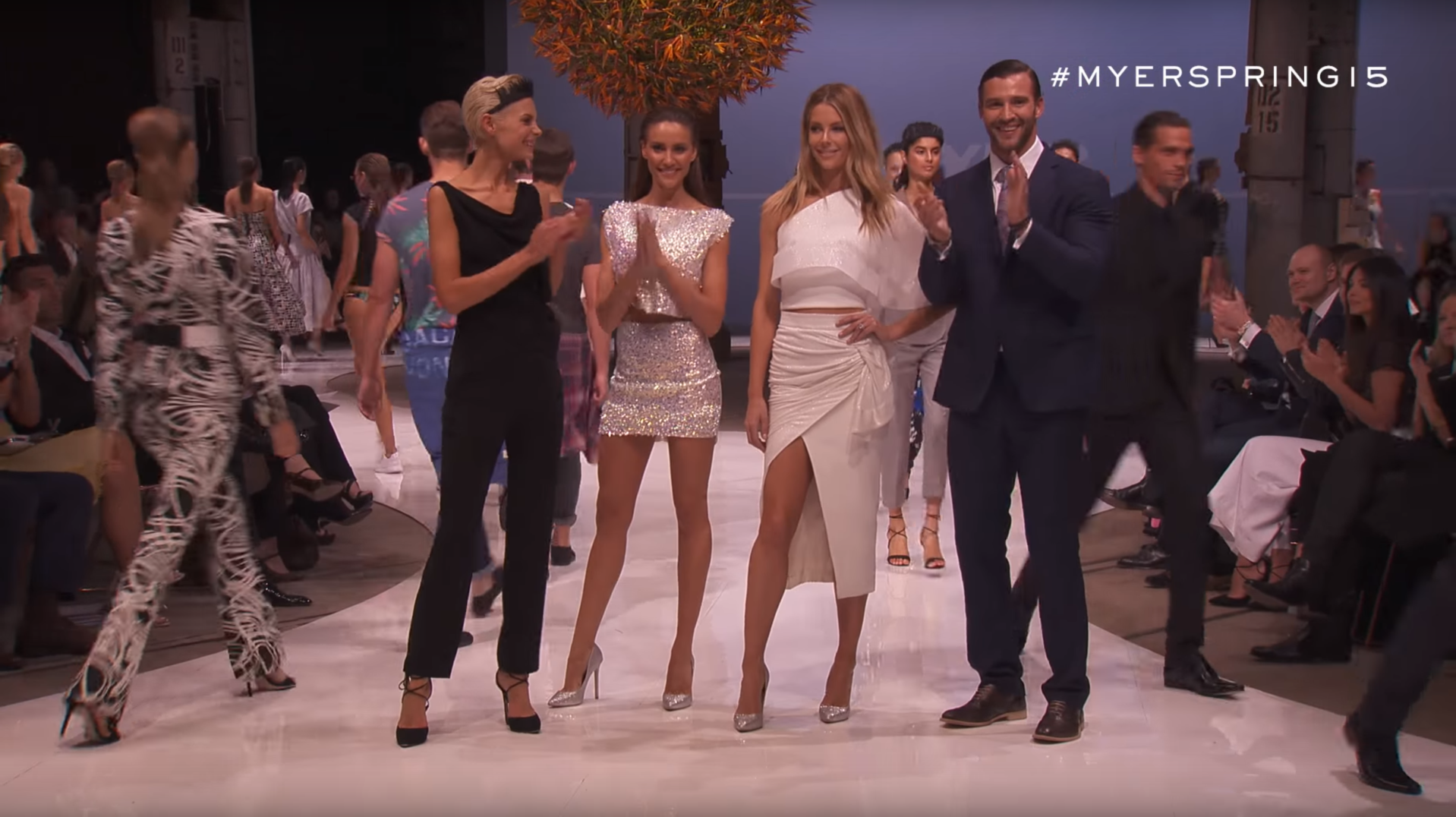