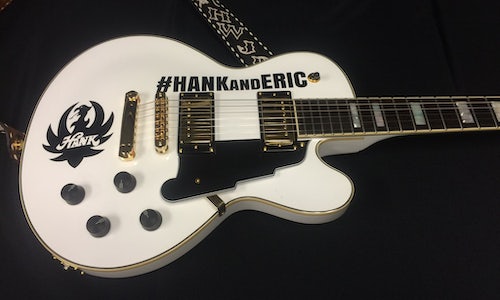 Our objective was to create a trending hash tag that would promote Hank's brand new single "Are You Ready For The Country" featuring Eric Church. We wanted to take full advantage of our national TV appearance (opening the 2015 CMA Awards to 14 million viewers) by featuring the hash tag #HANKandERIC on Hank Williams Jr.'s guitar. The hash tag would then take viewers to www.HANKandERIC.com where fans could enter to win the guitar signed by both Hank Jr. and duet partner Eric Church by sharing the purchase link across their individual social platforms.

Our strategy was to simply make as much noise as possible. We launched the contest 5 days prior to the CMA Awards via Hank Jr.'s socials as well as various social partners. Fans could enter to win the upcoming "show used" guitar by visiting www.HANKandERIC.com and sharing information about the contest across their social platforms. We pushed this contest daily leading up to the awards to build awareness and noise.

The song went live on iTunes the day of the CMA awards so we then re-skined the website offering a purchase button along with new "share" messaging for the fans. Now fans were sharing the purchase link across their social platforms in order to enter to win the guitar.

The show opened up with the performance where the hash tag #HANKandERIC was prominently displayed on Hank's guitar. One click on any social media platform took you directly to our contest page / opportunity to purchase. We also utilized Shazam as a partner with this promotion. A "Shazam this performance" message popped up on the screen during the performance, which then took users to the contest page. After the performance for 4 weeks, anytime a Hank Williams Jr. song was Shazamed, it prompted fans to enter the contest.

We continued to push this contest for a month after the performance across social media using personal videos from Hank Jr. himself as well as images and videos of the autographed guitar. We also took after Hank's rebellious image by painting Nashville telephone poles with #HANKandERIC stickers.

The results were astounding. We had over 250,000 entries to win the guitar and the hash tag was trending on Twitter. The contest had over 20 million impressions and was voted "Best Instrument as Billboard" by Rolling Stone – "Proving that even rowdy friends aren't above embracing the hash tag."

We were able to collect data via the entry process which allowed us to retarget them to remind to enter daily and to inform them about the album pre-order / upcoming new music from Hank Williams Jr. We were able to grow Hank's database exponentially with a group of die hard, active fans. 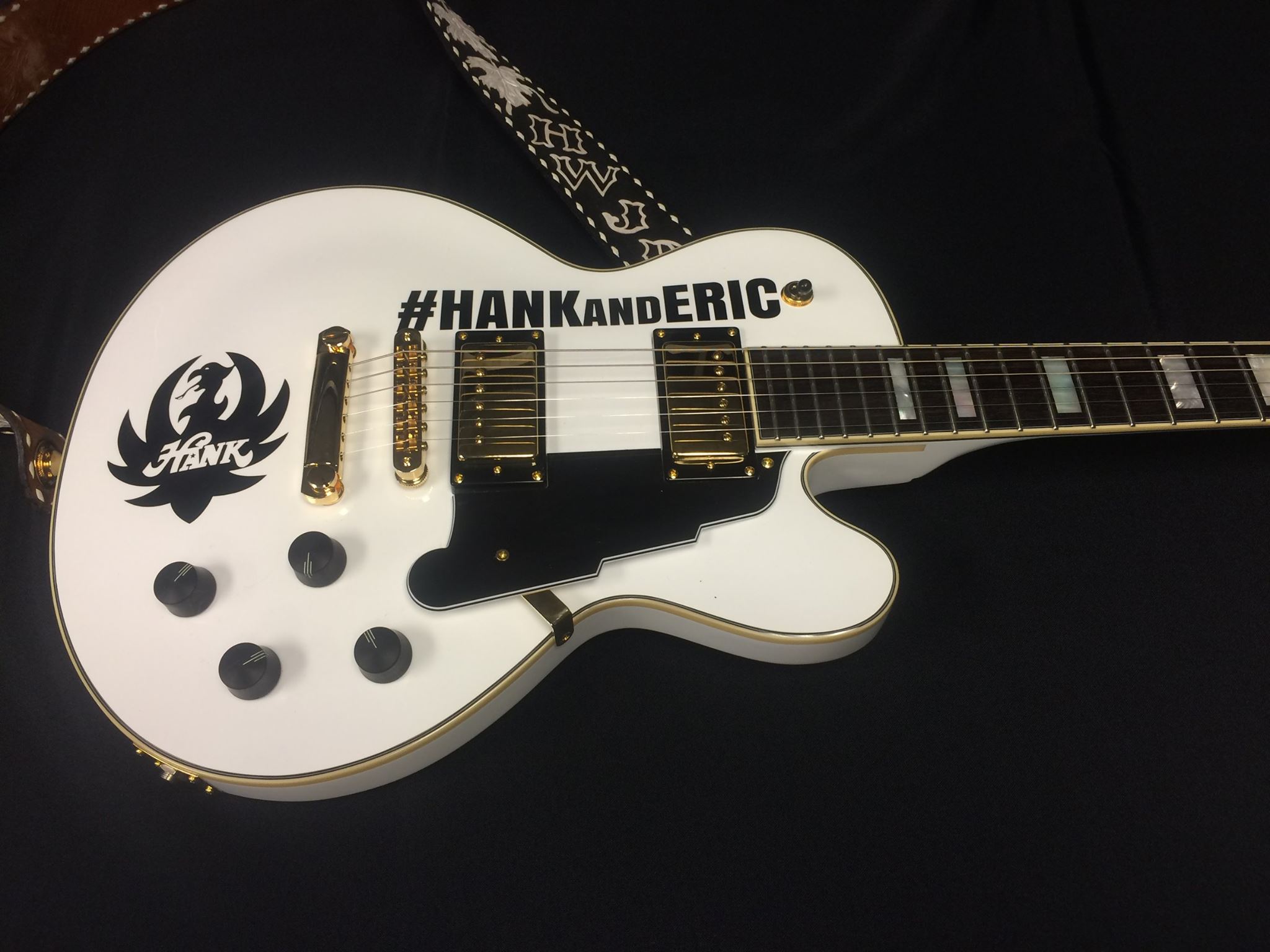 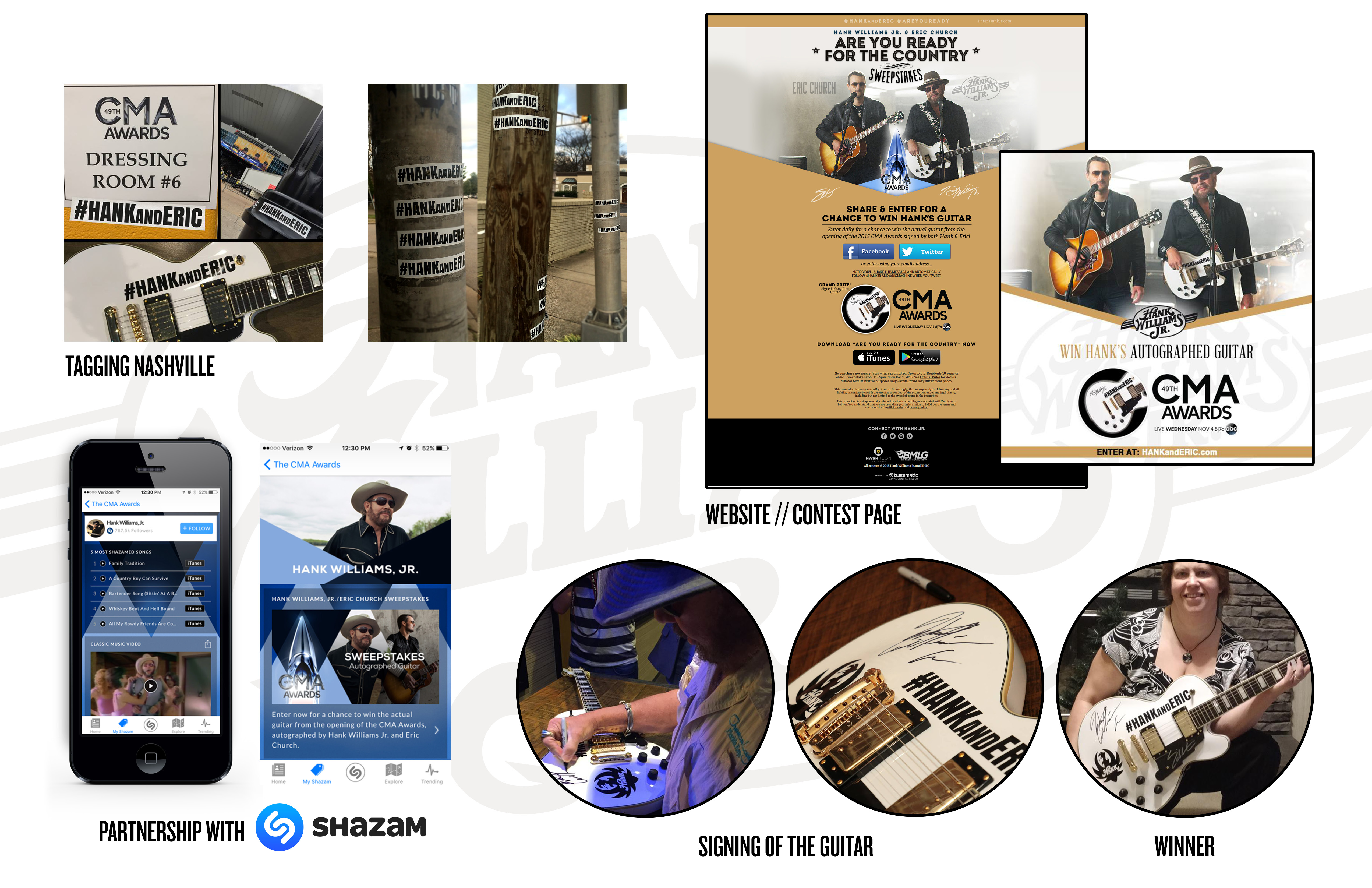