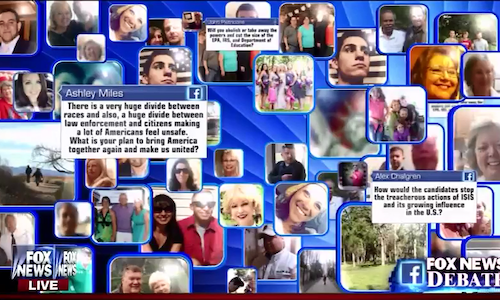 For the first Republican Presidential Debate of the 2016 election, Fox News wanted to make the debate a truly social and interactive event and transform the viewer's experience to be highly participative and engaging. The goal of the campaign was to give the electorate a voice and opportunity to directly challenge the candidates, giving the nation a chance to discuss topics that are important to their lives.

Leading up to the debate, Fox News utilized Telescope's content submission tools so fans could upload their text, photos, or video questions for the candidates directly from Fox News Facebook page. Utilizing Facebook drove deeper engagement with a wider audience and put the debate at the heart of the conversation across Facebook.

All content was curated and moderated through Telescope's social marketing platform Connect Live. Once all content was approved, Telescope's integration into Vizrt's Social TV graphics engine, allowed Fox News to include the selected questions directly within their newsroom systems and display the content on-air. In addition, Facebook profile pictures of users who submitted questions were verified and curated through Connect Live (including user approval process) and these were visualized on air during the live debate. In real-time during the debate four Facebook users also got to ask their question live during the broadcast.

The multi-platform event and partnership with Facebook created a 'must-see' event. The Fox News Facebook debate became the most-watched non-sports show ever on cable TV. The debate itself averaged 24 million viewers and 7.9 million in the key demographic of adults ages 25 to 54. It marks the biggest audience for Fox News and for any cable news programme.

The social campaign was a huge success, garnering over 40,000 questions from the public and 6 million views of the video content. The call-to-action video on Fox News' Facebook was also viewed over 1.3 million times and multiple candidates liked the post including Jeb Bush and Chris Christie. Fox News' Facebook page saw 1.4 million interactions, a 74% increase from previous month. 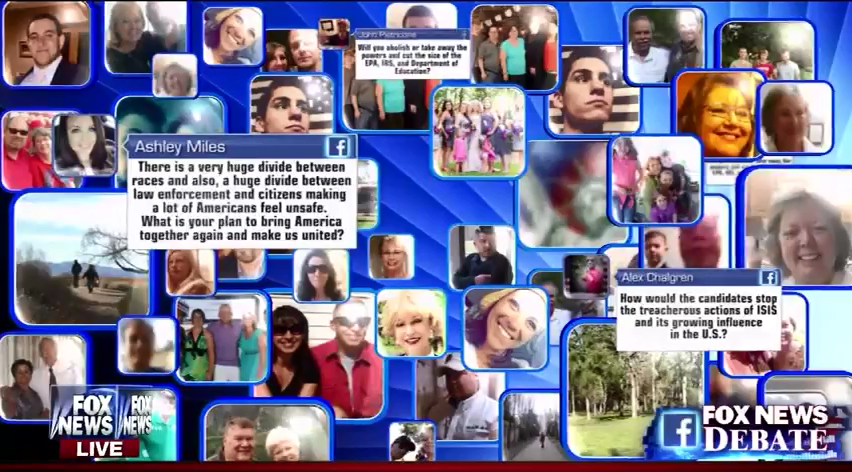 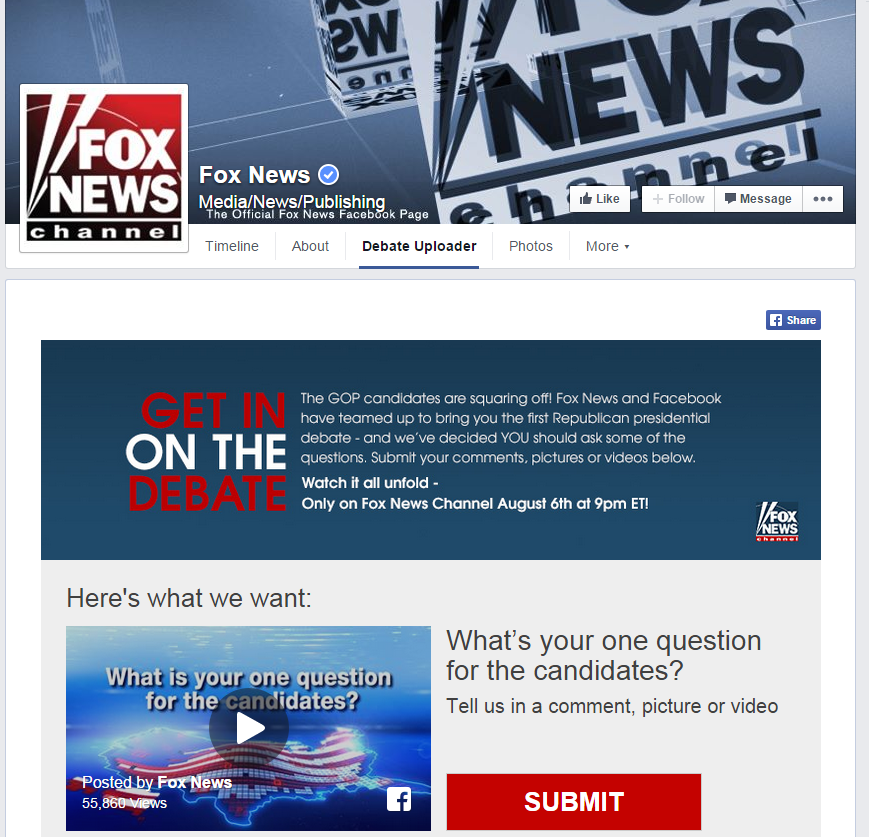 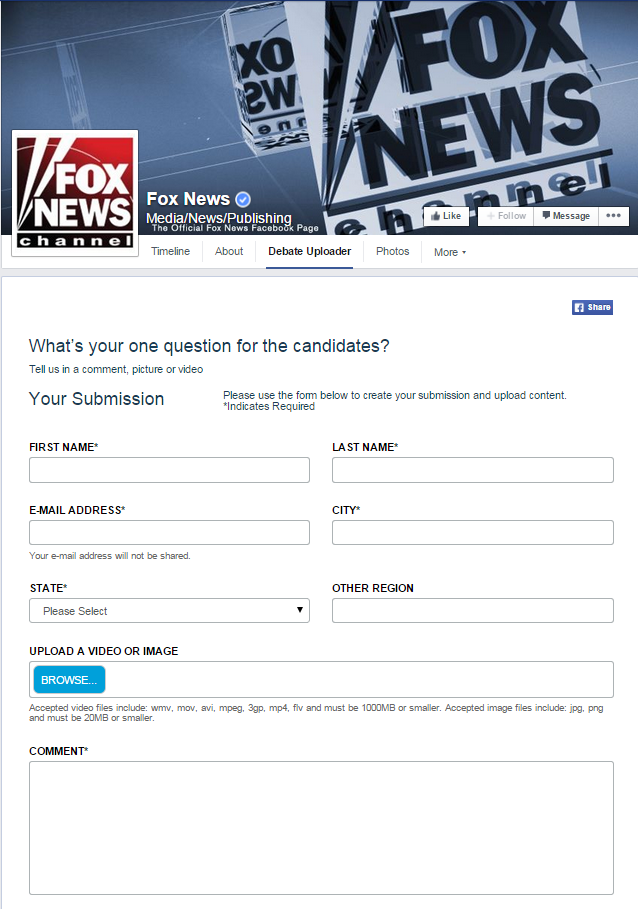 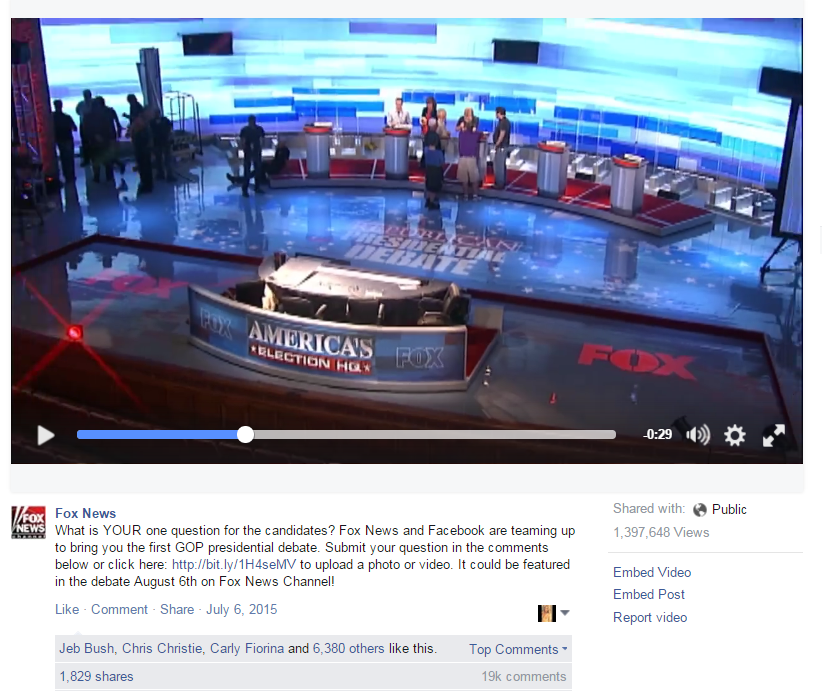 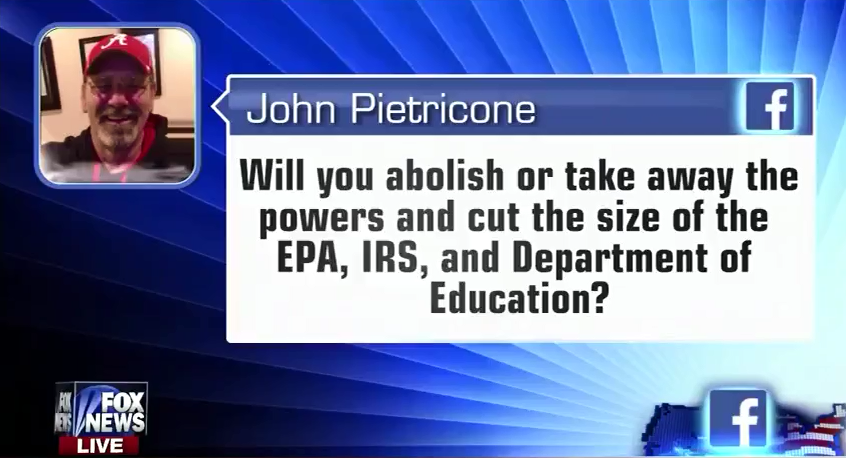