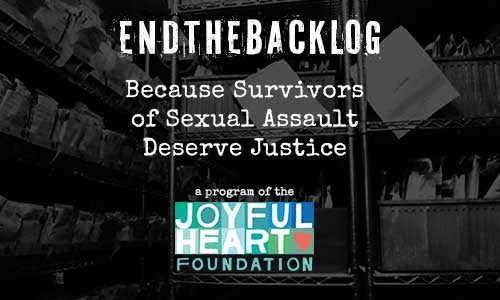 In the United States, someone is sexually assaulted every two minutes—hundreds of thousands of people every year. When a victim takes the step of reporting their rape, they are asked to undergo an invasive examination of their body to collect possible DNA evidence, which is preserved in a sexual assault evidence kit, commonly called a "rape kit." The DNA evidence in rape kits is a powerful tool for solving and preventing crimes. It can identify an unknown assailant, confirm a known suspect, affirm a survivor's account, identify serial rapists and exonerate the innocent.

Yet all too often, a decision is made not to process the evidence—leaving kits sitting untested in storage facilities across the country in what is now known as the rape kit backlog. Although its exact size is unknown, experts estimate there are hundreds of thousands of untested kits in storage facilities across the country. Each one: a missed opportunity for justice.

Our goal is simple: end the backlog. Through Joyful Heart's ENDTHEBACKLOG program, we're raising essential awareness, uncovering untested kits, unlocking funds to test them and advancing reforms at all levels of government.

When we began this work, one of the biggest barriers to change was information. People didn't know—couldn't imagine—the rape kit backlog existed. Our advocacy, media engagement, endthebacklog.org website and social media—anchored by our #ENDTHEBACKLOG campaign—have changed that.

Today, we're leveraging this greater awareness to drive change forward—change that will end the backlog for good.

As Joyful Heart's Founder & President, Mariska Hargitay has said, "The rape kit backlog is one of the clearest and most shocking demonstrations of how we regard these crimes in our society." It is a failure of the criminal justice system to protect survivors and hold perpetrators accountable.

This work takes political will, but it also takes significant resources.

The first step was to build endthebacklog.org, the only website dedicated to sharing comprehensive, timely information about the nation's backlog with a turn-key action center for visitors, and launch our @ENDTHEBACKLOG Twitter account. The objective: stir conversation and garner much-needed attention around the rape kit backlog, leveraging both to inspire action and make change.

We honed in on a specific strategy: secure federal funding dedicated to rape kit reform. Behind the scenes, we worked with key lawmakers to get $35 million introduced into the federal budget. Once the money was in, it was all about making this issue impossible to ignore. We needed to reach lawmakers with messages about its necessity and the difference it would make—all timed to important House and Senate votes. We also had to lay the groundwork establishing the need for future funding; a one-time investment is not enough. To do this, we:

2. Engaged strategically with 1) national reporters covering Congress and criminal justice reforms, 2) influential editorial writers and thought leaders, and 3) reporters in markets where the backlog was a known issue—whose reporting could capture the attention of members of Congress representing those areas;

3. Timed and positioned the announcement of our new project to uncover backlogs, through which we've discovered 24,000+ untested rape kits, as an example of the need for reform;

4. Launched a letter-writing campaign to members of Congress, conducted through endthebacklog.org's Action Center;

5. Integrated intent tweets into the Action Center so visitors could spread the word and thank key legislators for their vote with one click;

6. Pushed out success stories and action opportunities through our Backlog Blog and social media;

7. Engaged with organizations, reporters, policymakers and other influencers to amplify the conversation and call-to-action using the #ENDTHEBACKLOG hashtag, which has become the calling card of rape kit reform on social media.

A prime example of how these tactics all worked together was in April 2015, Sexual Assault Awareness Month. We worked with CNN's Headline News (HLN), which has the largest market for news consumption in the social media-savvy 18 – 25 demographic and had just revamped its format to produce longer, in-depth segments. To optimize public engagement, we worked with producers on a multi-segment series on the rape kit backlog. The stories, which utilized #ENDTHEBACKLOG, promoted endthbacklog.org for people to learn more and take action. On-air and online content featured voices from survivors, local heroes working to end the backlog, and policy, law enforcement and forensic-medical experts. The series created a wide-reaching and compelling conversation across multiple channels.

In the months during our push for this funding, 456 news articles were published about the backlog in media outlets across the country. Our community wrote 3,163 letters to their legislators and more than 454,000 tweets were shared using the #ENDTHEBACKLOG hashtag, generating millions of impressions and much-needed conversation.

This year's federal budget includes $41 million—$6 million above our initial request—dedicated to ending the rape kit backlog for the first time ever.

The story doesn't end there. As Congress was considering funding, we worked in partnership with the Manhattan District Attorney's Office as it announced $38 million for rape kit testing for cities across the nation, which we strategically timed to urge federal lawmakers to do their part.

The problem is far from solved. But with funding and political will, ending the backlog is in sight. And we continue to use our ENDTHEBACKLOG social and digital presence as a springboard for change. 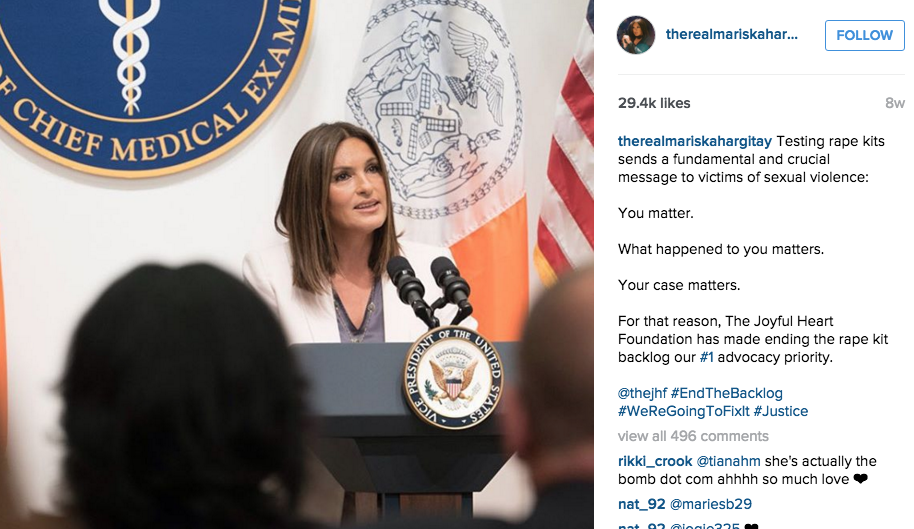 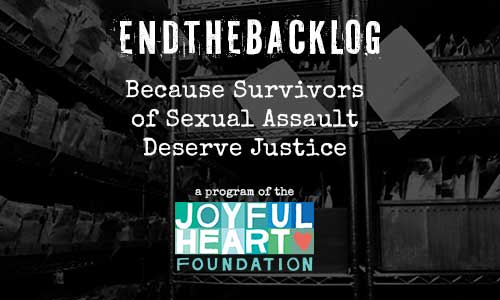 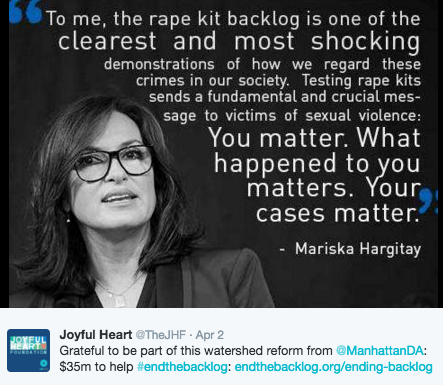 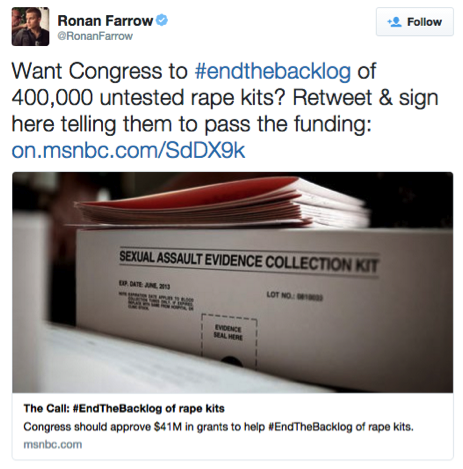 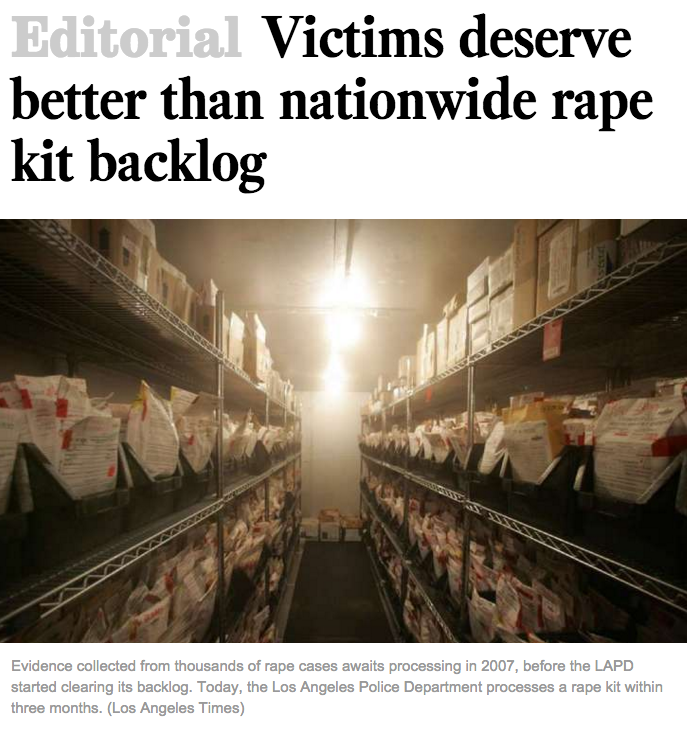 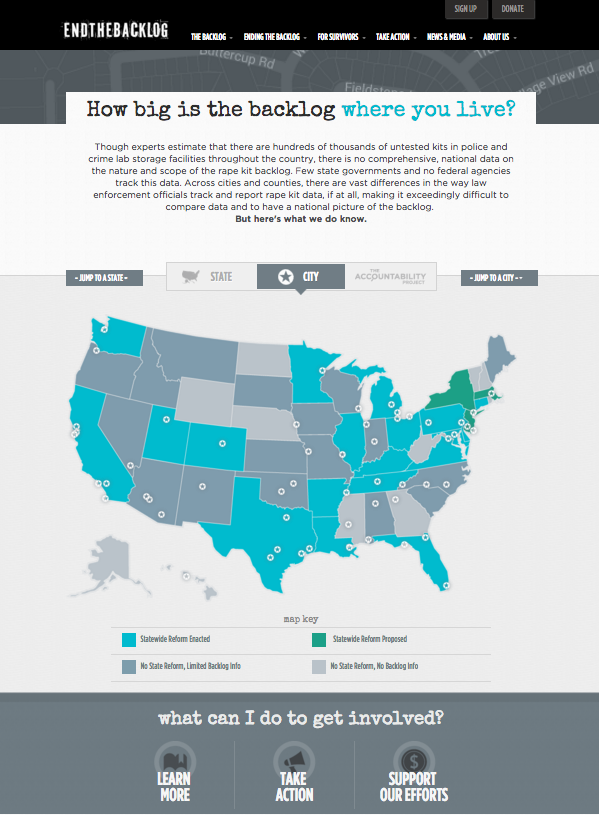