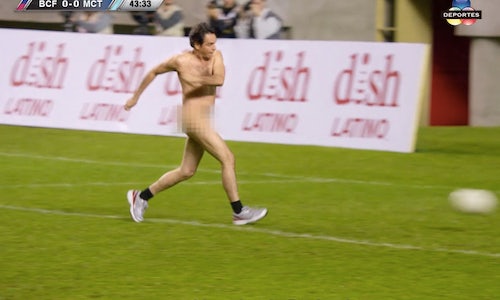 In order to present DishLATINO as the ultimate provider of the world's best soccer matches, and to increase subscriptions, drive brand engagement, and achieve earned media coverage, we had to position DishLATINO as the place for those who cannot live without soccer. The major challenges associated with the campaign were all the noise in the Hispanic soccer advertising scene, the parity of DishLATINO's soccer content relative to its competitors, and the company's minimal digital media spend.

The target audience for DishLATINO's "El Streaker" campaign is the Latino male, ages 21-45, who lives in the United States but still speaks and identifies with his Spanish heritage. To reach him, we developed a personification of the passionate soccer "superfan," one who goes to great lengths to get closer to the game. And who has more skin in the game than the infamous streakers sometimes seen, well, streaking across the field, sans clothing? Personified by Mexican comedian Eugenio Derbez to drum up extra controversy and buzz, we used the iconic persona of the eccentric superfan to represent the crazy futbol fan who just can't get enough of the action.

We produced content consisting of what looked to be a real match between two recognizable European clubs, and leaked "fan-generated" phone camera footage to spark engagement—making viewers wonder whether it was really Eugenio Derbez running naked on the field. To maximize the limited budget, the media strategy relied heavily on Social and PR tactics. Prior to April Fools' Day, DishLATINO "leaked" a smartphone version of the Streaker video on Twitter and Being Latino's Facebook page (a leading Hispanic digital destination). Relevant influencers also shared the video, hinting that the streaker resembled Derbez, who was in on the joke yet denied involvement via social media. Additionally, we tapped Twitter influencers to add their two cents to the conversation.

As for results, Digital media drove the 2nd highest volume of subscriptions in DishLATINO history during April, 2015. Relative to engagement, site visits were up over 180% while video content attained over 4 million views. Lastly, the campaign achieved earned media coverage in 130 outlets, achieving a reach of over 62 million impressions. 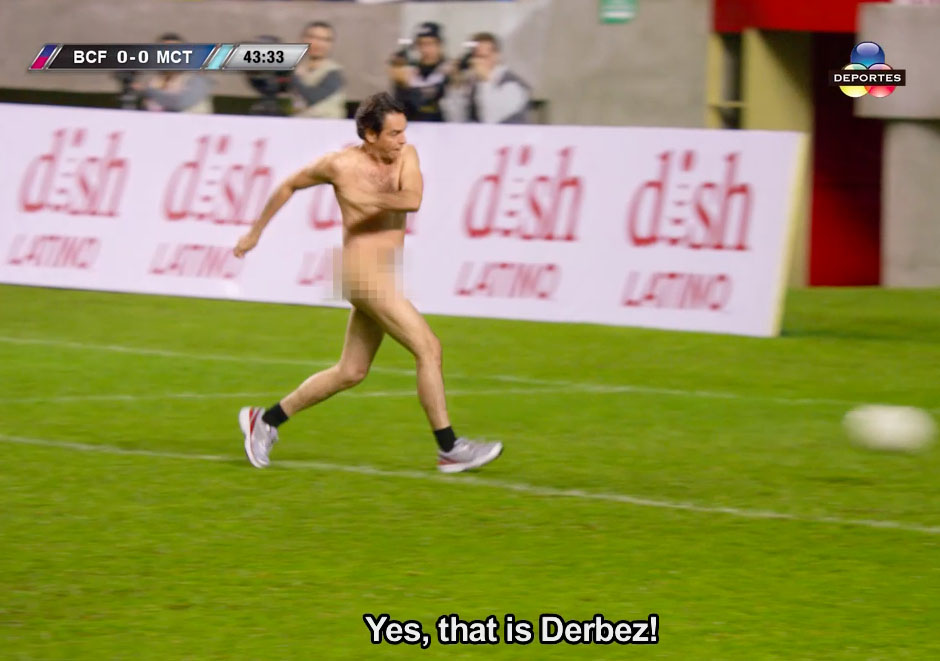