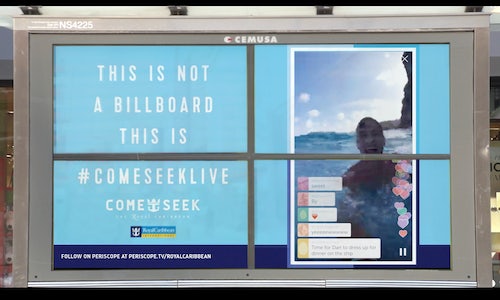 There are long-standing negative perceptions of cruising among a new generation who hasn't cruised before. To them, cruising is void of authentic discovery, the Caribbean is one homogenous tourist trap and the overall experience is the least adventurous vacation you could take. We needed to change those perceptions and appeal to this New-to-Cruise audience, a high concentration of which is located in New York City.

Fortunately, Royal Caribbean offers an experience that's unlike any other cruise. When it comes to innovation, adventure and discovery, they don't just set the bar they continuously push it forward. Our goal was to highlight the unexpected possibilities with Royal Caribbean in a way that was just as surprising as the offering.

But reaching this new target, which ignores many traditional ads, and has a high bar for "unexpected" was a challenge in and of itself. We had to find a way to intersect the lives of this New-To-Cruise audience in a way that they could not ignore — and actually appreciate.

In order to reach this New-to-Cruise target and bust their perceptions of Royal Caribbean and cruising in general, we created a campaign as adventurous and unexpected as the Royal Caribbean experience, which we coined "Come Seek Live." Combining traditional out-of-home with social media in a way that had never been done before, we showed people on the cold streets of New York City what they could be doing right now if they were on a Royal Caribbean cruise. Starting November 13, five influential social media personalities boarded our newest ship, Anthem of the Seas, and guided live Periscope broadcasts that were beamed to out-of-home billboards in New York City. Using the emerging social app Periscope, we let the consumers control the entire live, unfiltered experience by navigating the adventure via real-time comments. For seven days, across five islands, we beamed 22 live Periscope broadcasts from some of the most remote and adventurous places on Earth.

Every live-stream featured a perception-busting experience. From racing in a mini-regatta and traditional Costa bele dancing to careening down a natural rock "waterslide" and skydiving in a wind tunnel on ship, we showcased a cross-section of discovery and adventure that appealed to the New-To-Cruise target. We also helped dispel perceptions by featuring each experience an authentic way: everything unfolded live and unfiltered. No script. No Photoshop. No filters. Real-time streaming showed what our cruises are really like, allowing young skeptics who have never cruised before to authentically discover that Royal Caribbean cruising is truly NOT what they thought it was.

While Periscope provided the authentic "live" factor, it was the projection of these live streams where nobody was expecting it — on OOH boards throughout NYC — that made this a breakthrough campaign. Mediahub secured board locations and subway units specifically chosen to maximize our impact with our target's daily lifestyle during key commute times. This campaign pushed the boundaries of traditional outdoor advertising; it was not only the first time the MTA's network of digital billboards were used to show live video (via Periscope), but the first time an advertiser was able to show more than 15 seconds of content at once. To live stream from remote locations, we also had to bring our own technology to create the cellular strength needed. A process that involved a great deal of trial-and-error, rigorous testing and ultimately a cell technician bonding multiple SIM cards to a custom 'cell pack' that followed the action. All Periscope broadcasts were then transmitted to a Control Room (Coastal Media Group) where they were processed, prepared for the digital boards and ultimately delivered to the OOH partners — bringing the live Royal Caribbean to NYC.

We drove real-time viewing for Come Seek Live through a mix of carefully choreographed paid social posts. Leveraging the target's favorite social media channels, we extended the unexpected places you found Royal Caribbean: on Snapchat, Vine, Instagram and more. We also brought in new fans with additional social media influencers adding to the conversation in real-time.

During Come Seek Live, social brand mentions were 191% higher than the historical average, and the event was viewed live on Periscope in over 50 countries.

We had seven-million impressions of "live" or same-day footage clear across two outdoor networks; 22.2 million social impressions across Twitter, Facebook and Instagram. We saw a 4,000% increase in hearts on Periscope, 237K social engagements and 28K new followers join the RCI social community.

There were 25 press articles related to the project across the travel, high-tech, business, advertising and general news, which led to 41 million press impressions. 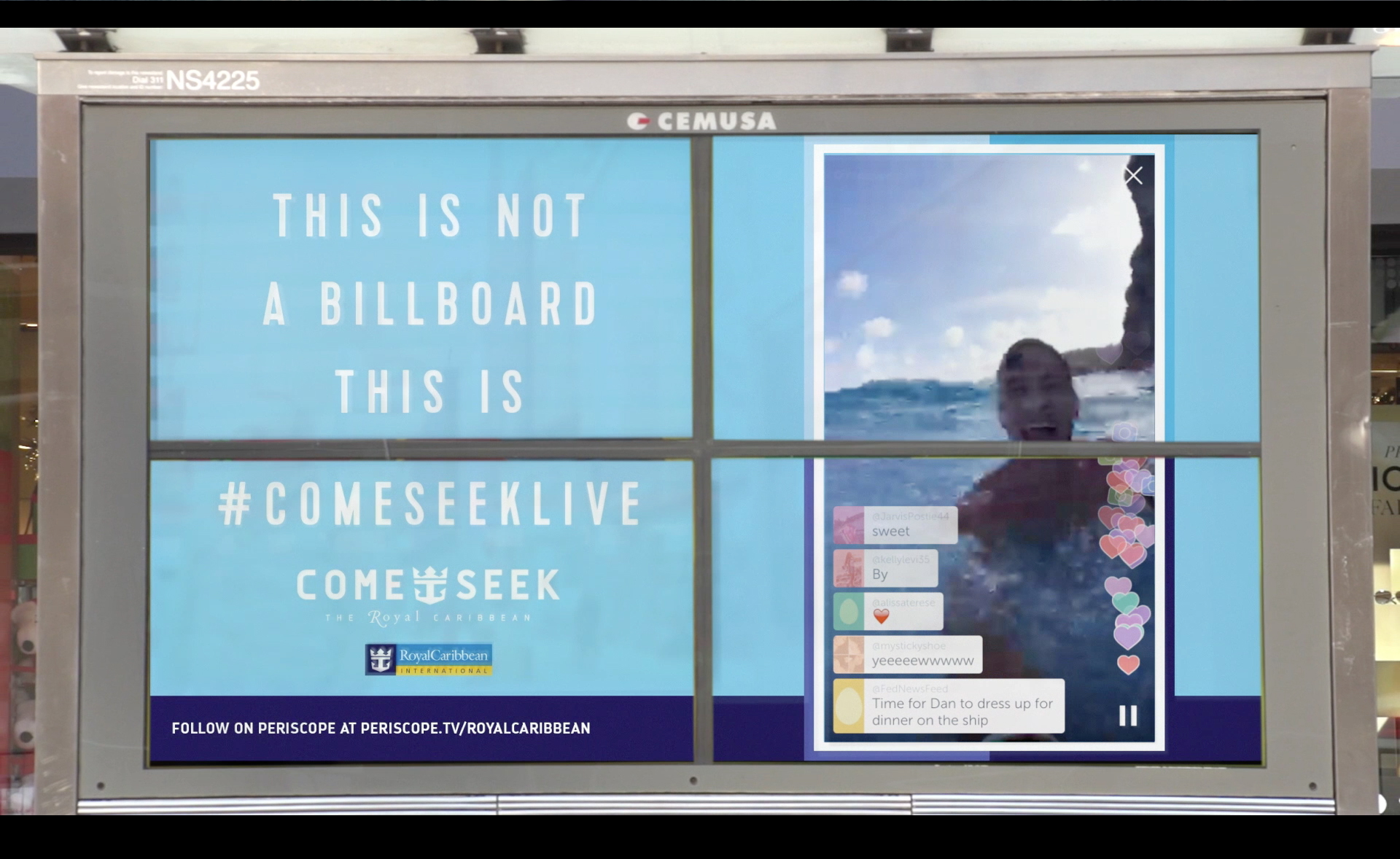 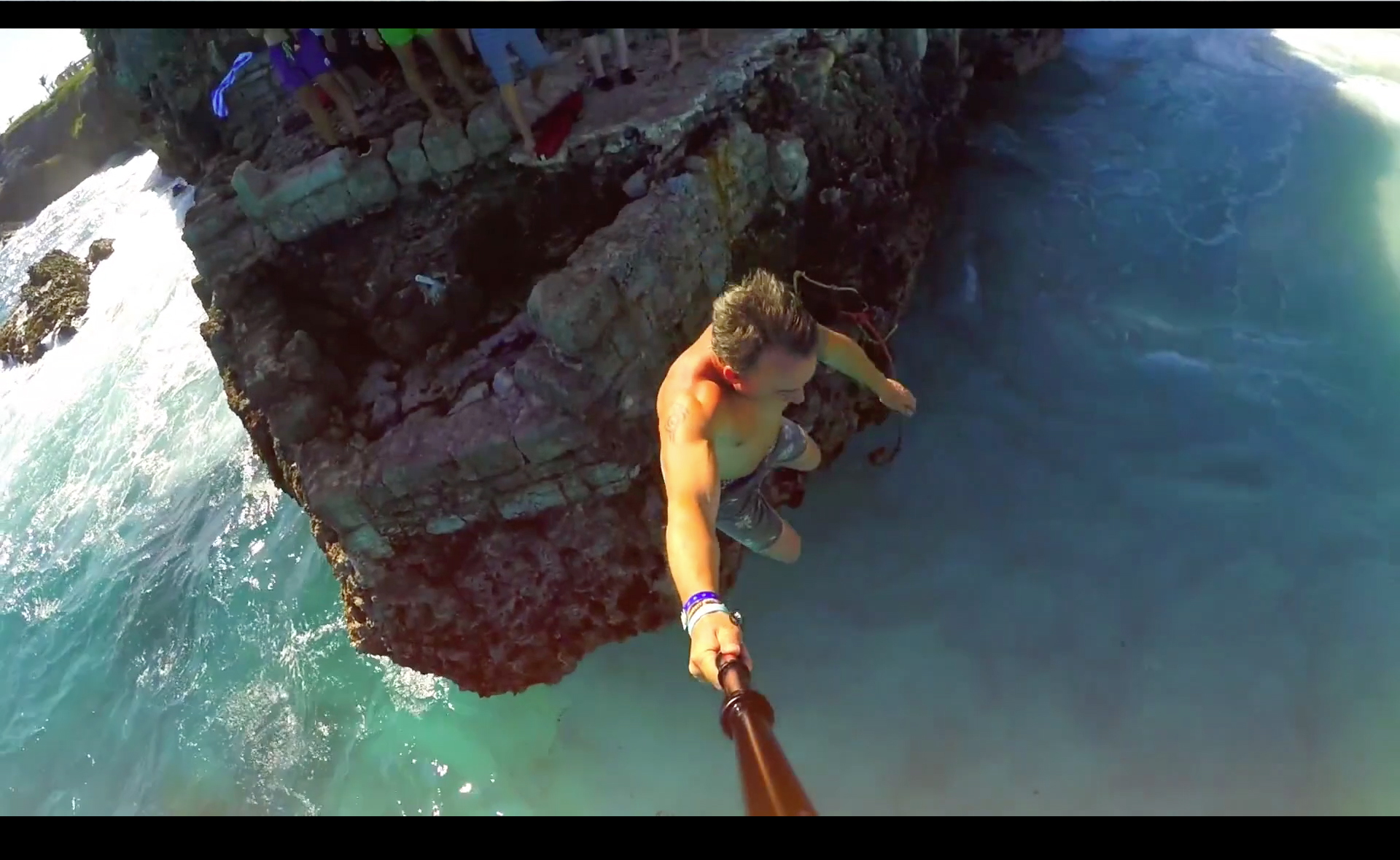 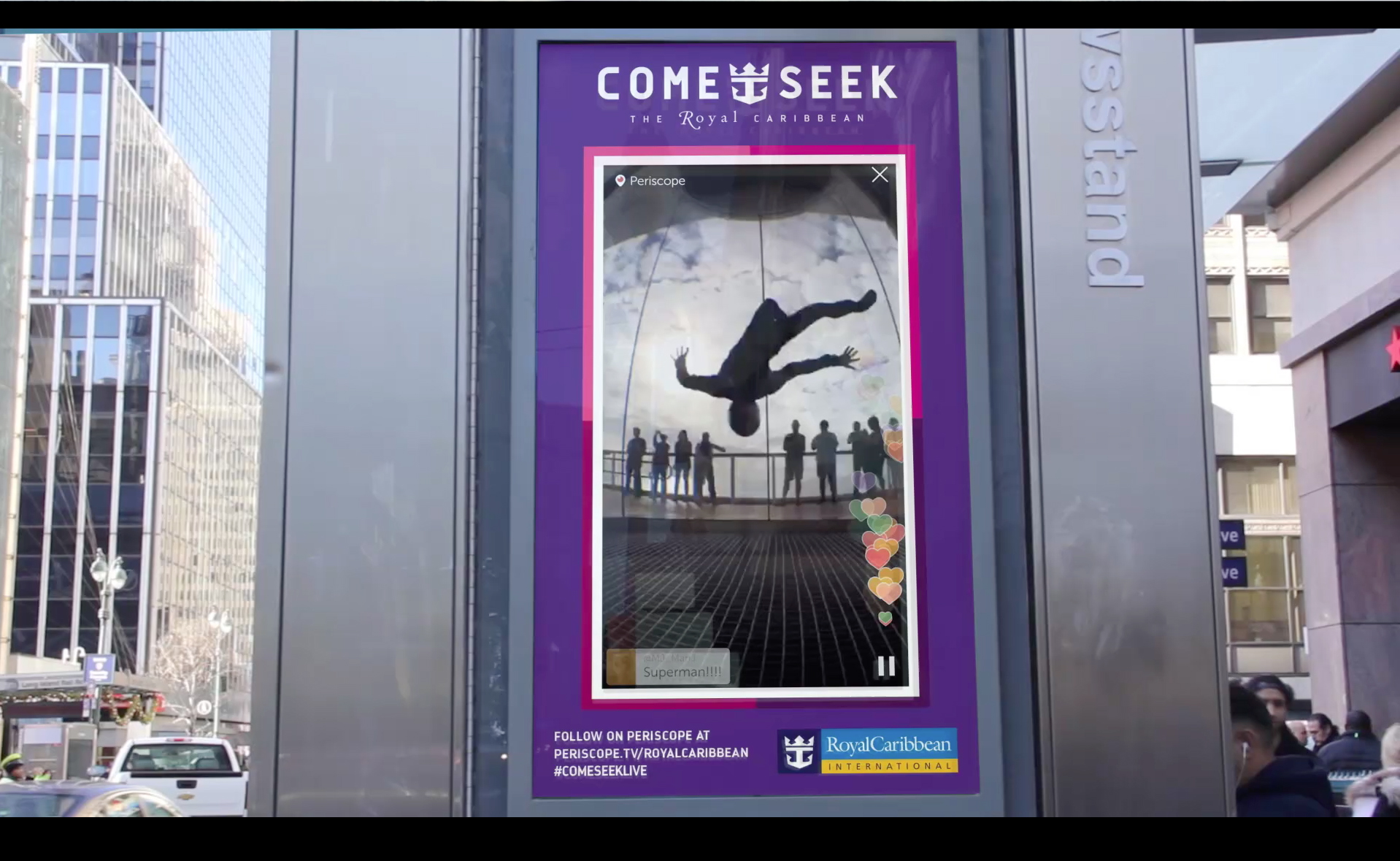