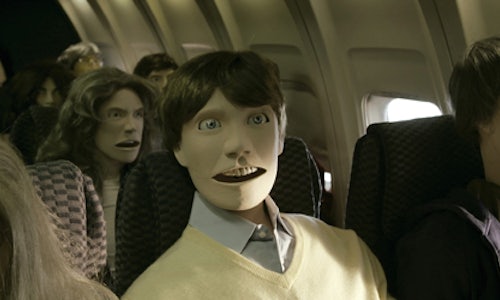 In 2014, too many people were flying on autopilot — stuck traveling on boring legacy carriers and their old, soul-sucking planes. Virgin America wanted to give everyone a wake-up call, reminding everyone that flying can still be inspiring, modern, and fun. The campaign needed to shine a light on the real difference between those generic airlines and the unique experience offered by Virgin America.

We created a fake airline—aptly named BLAH Airlines—to embody everything that's wrong with generic carriers. We introduced BLAH with a 5 hour and 45 minute recreation of a cross-country flight, from takeoff to landing. We put our film on YouTube as the longest pre-roll video ever and let viewers exit to visit the Virgin America website.

But that was just the beginning. Throughout the film, we seeded ways to interact with BLAH and brought them to life with a comically terrible website, social media presence, toll-free number, and fax. Every day we interacted with our loyal Facebook, Twitter, and Instagram fanbase, serving them the most comically boring BLAH content and encouraging them to share their own horrible flight experiences. During the holiday season, our "Five Business Days of Christmas" social promotion gave some lucky followers gifts from BLAH's in flight catalogue, Fuselage.

Our film launched on YouTube as the longest pre-roll ever. Together with its trailer, the film has over one million views (with no paid media) with many commenters boasting of watching the whole thing. We were reviewed alongside studio films and compared to Warhol, Buñuel, Lynch, and Dali. The campaign was spotlighted across national outlets such as CBS, NBC, ABC, and FOX, generating 138 million media impressions.

We also generated a ton of social chatter, with Virgin America and BLAH brand mentions increasing by 621%, compared to the same time frame last year.

The Reddit community got on board, sharing their favorite moments from the nearly six hour film. Blah Airlines garnered such a big cult following that it was screened in its entirety at the 2015 Dallas International Film Festival. Online, people posted videos of themselves giving commentary while watching the entire film in one sitting. 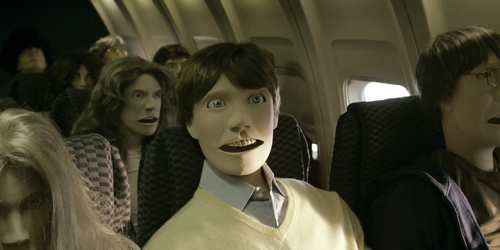 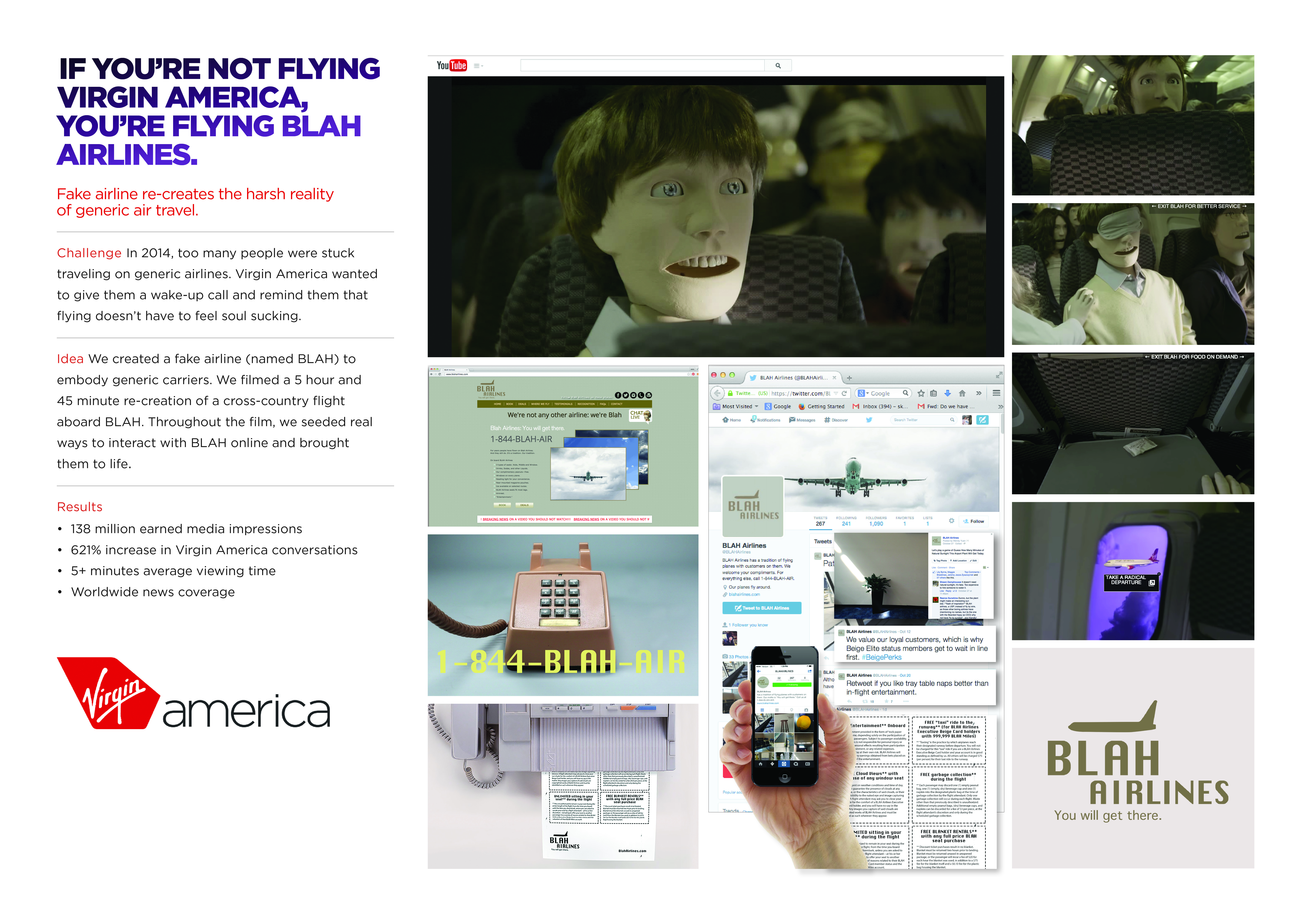