How do you continue the phenomenal momentum created by #LikeAGirl?

In 2014, #LikeAGirl was one of the biggest digital advertising success stories in the world. It went viral in mere days, sparking a movement that changed behaviour and propelled the Always brand to new heights.

The follow-up campaign for 2015 had huge expectations, needing to be even more creative and innovative. We wanted to create a program that would continue to propel the conversation of female empowerment even further while linking Always to a societal issue that people were passionate about.

During puberty, girls discover that society still boxes them into stigmatizing limitations.

At a young age, girls don't feel limited. During puberty, the first milestone into womanhood, society's subtle definition of a girl's role becomes more rigid. In fact, according to Always research, 72% of girls surveyed feel society limits them – especially during puberty – a time when their confidence plummets significantly[i].

Despite tremendous progress, society continues to set a confined definition of a woman's role, with subtle messages like 'Why don't you help your mom cook and let your brother help your dad put those shelves together." These pressures then result in discouragement to try anything outside societal norms, limiting a girl's potential to discover her true strengths and passions.

Our concept was to inspire girls to break down societal barriers by inviting them to "smash" the boxes of societal limitations.

On July 7th, we launched our #Unstoppable social video that brought a powerful message to girls (16-24) around the world.

Directed by award-winning documentarian Lauren Greenfield, we asked girls of different ages a simple question: "Have you ever been told that because you're a girl, you should not do something". The girls universally answered with a resounding 'yes!'. We then asked them to write the limitations that have held them back on boxes. And, responding to their own declarations and passion to break free of them, we encouraged them to 'smash' those boxes. Because being unstoppable starts with feeling the confidence of being the author of one's own choices.

We launched the spot across key social channels (YouTube, Facebook and Twitter) - the new 'TV' of our target audience - and supported it with PR & Media activations in 27 global markets.

[i] 2015 Always Confidence & Puberty Survey Amongst US Women

We made lightning strike twice. Through continued identification of deep insights and powerful storytelling, we surpassed our ambitious goal of replicating the success of #LikeAGirl.

Further, we propelled a new movement forward – helping to demolish the boxes of limitation that have stopped girls from being unstoppable.

• 1.6 billion earned media impressions, overcoming the 1.5B set by #LikeAGirl 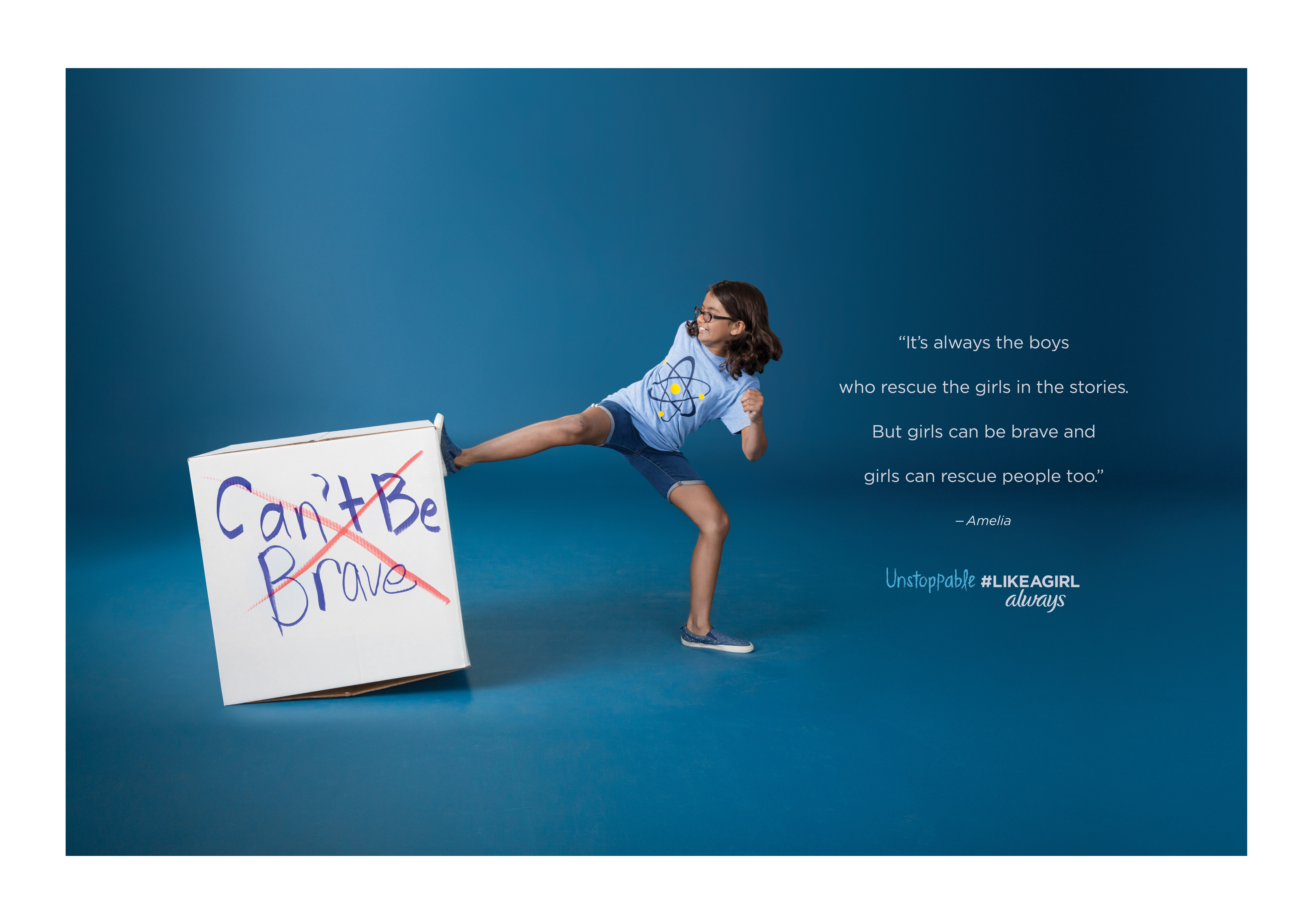 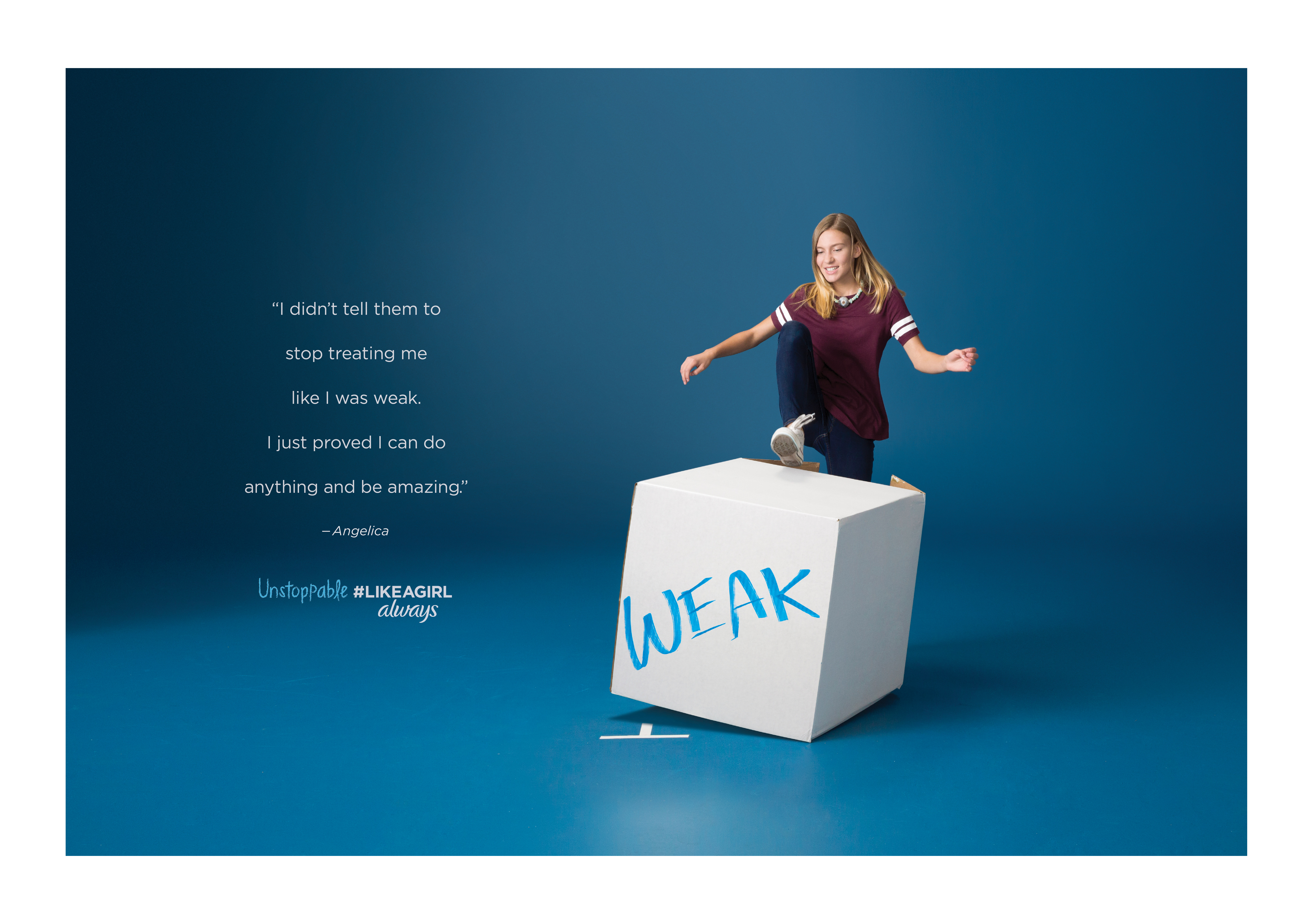 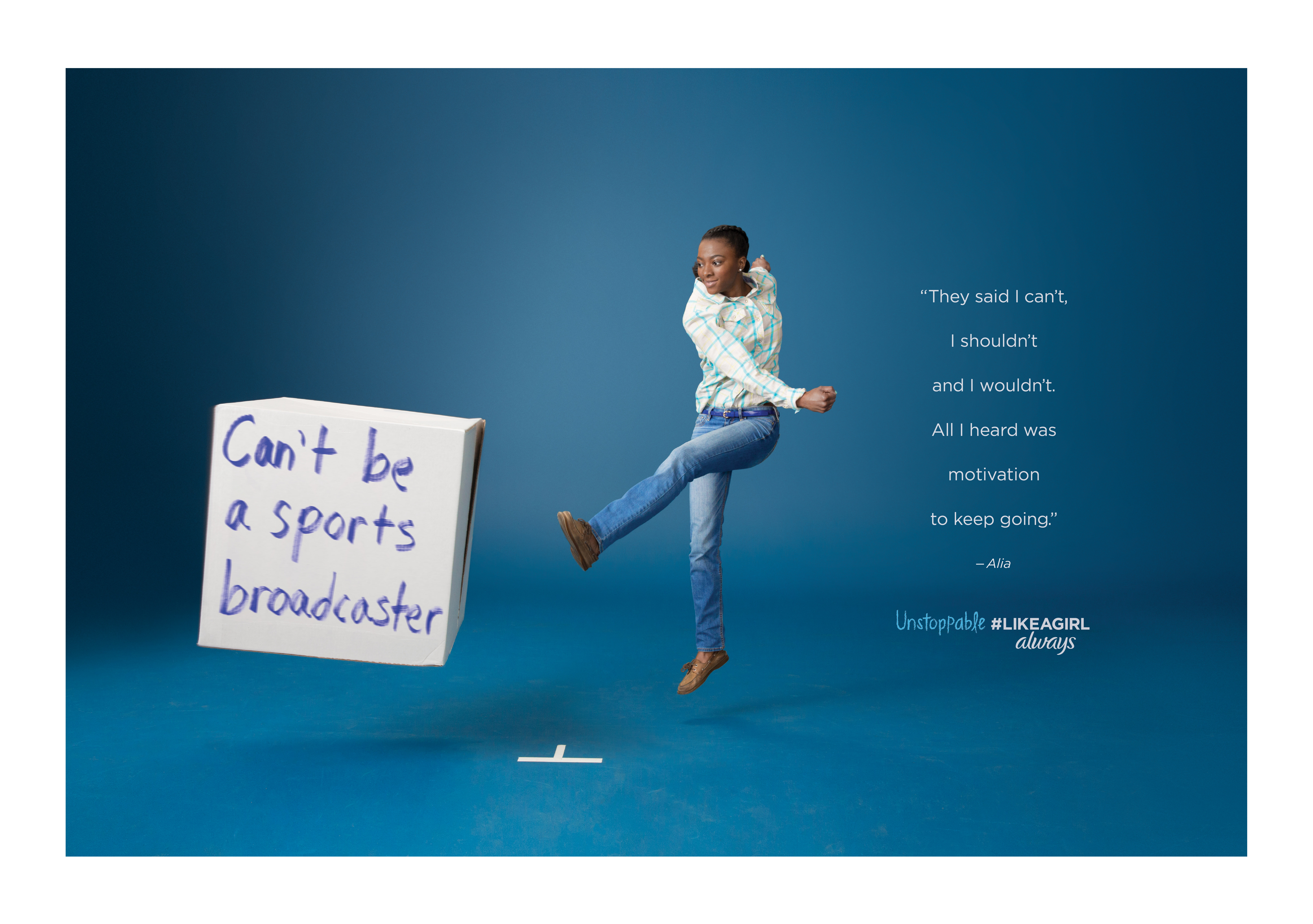 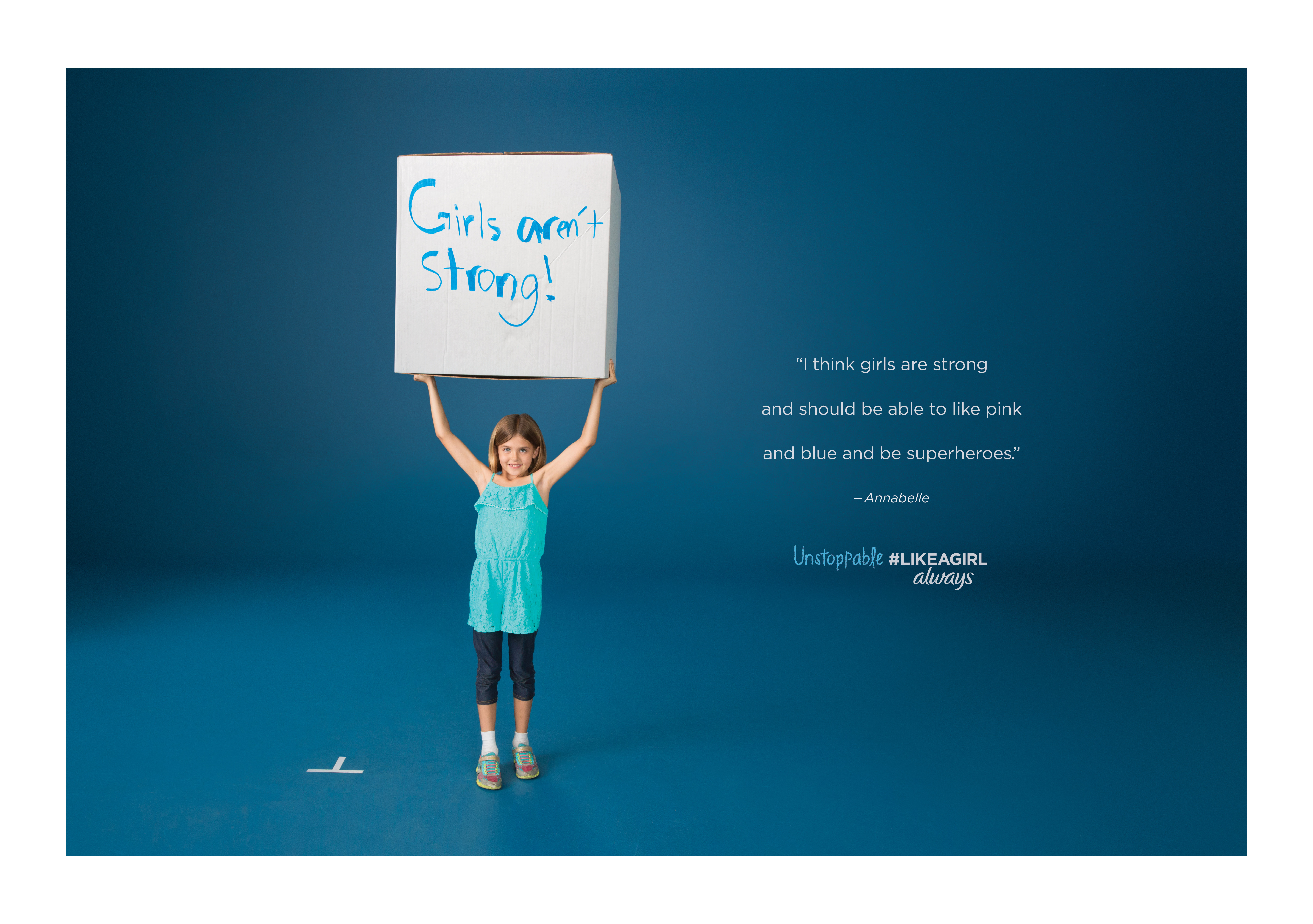 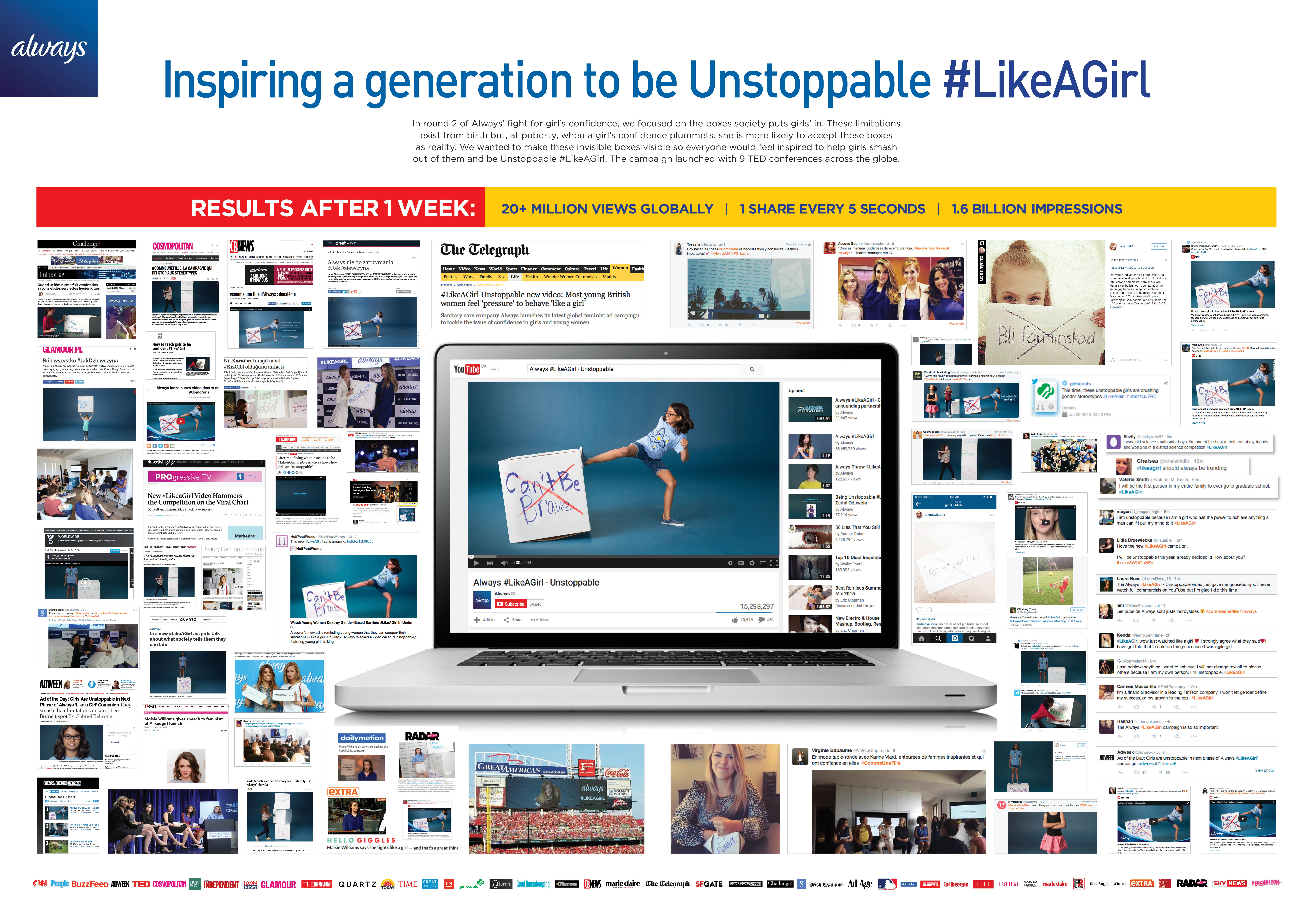