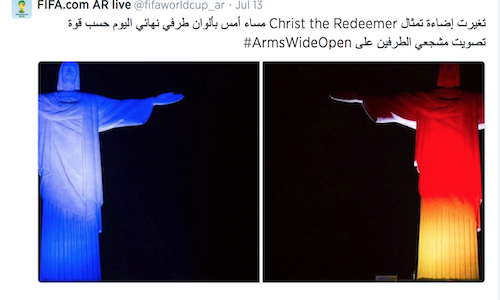 The #armswideopen campaign wanted to capture the global nature and passion of fans around the 2014 World Cup. The aim was to unite fans in a single action, enabling people everywhere to take part across Twitter and see their impact displayed live in Brazil during a historic moment.

From 9th July - 12th July 2014, World Cup fans were invited to participate via Twitter using the hashtag #ArmsWideOpen, plus the hashflag or name of the two finalists- #GER or #ARG. Using Telescope's industry leading real-time participation platform, fans cast their vote for who they wanted to win the World Cup and ultimately the country colors that would illuminate one of Brazil's most iconic landmarks, Rio's Christ The Redeemer statue. All votes needed to be verified in real-time to power the live illumination. As fans tweeted, the Statue colors changed in real-time reflecting the results of the live vote.

Telescope and Scope Brasil worked closely with Twitter Brasil team to create an innovative and memorable campaign… Over 36 hours the campaign generated over 594 million potential impressions on Twitter.

It extended beyond Twitter, capturing the social mood and powering a dynamic real-time visualization on one of the world's most famous landmarks. Social is best when the conversation unites people globally and drives passion with positive outcomes - the #ArmsWideOpen Twitter visualization did just that.

"We're proud to provide fùtbol fans with the ultimate way to align their World Cup fandom with one of the world's most famous landmarks," said Carlos Moreira Jr., Executive Director, Market Development, Twitter LatAm. "#ArmsWideOpen proves what's possible when the passion of global fans is harnessed via social engagement to ignite real-world outcomes." 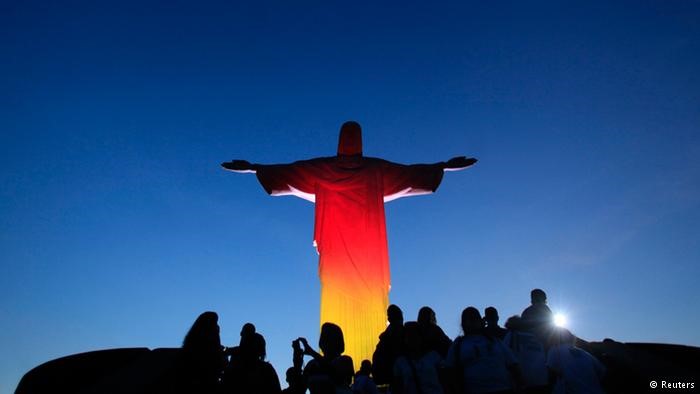 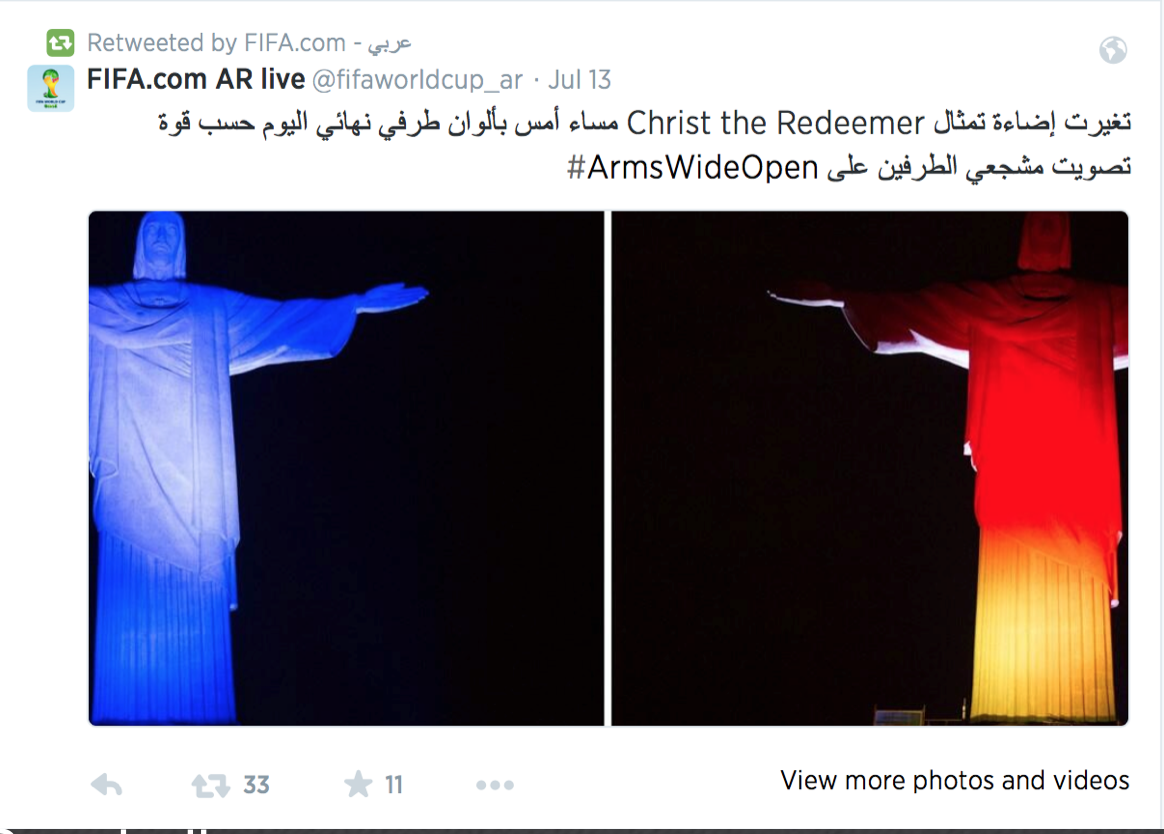 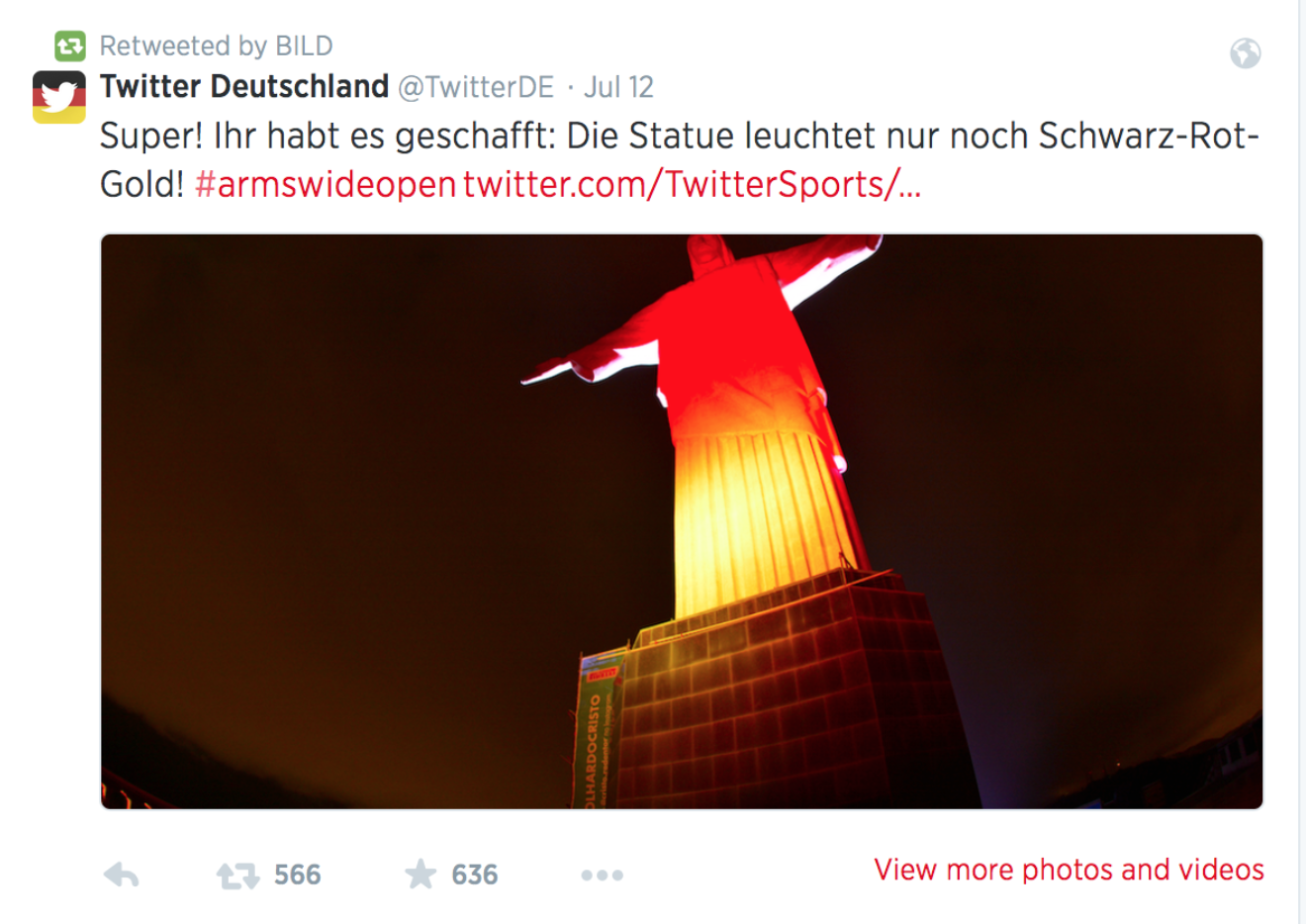 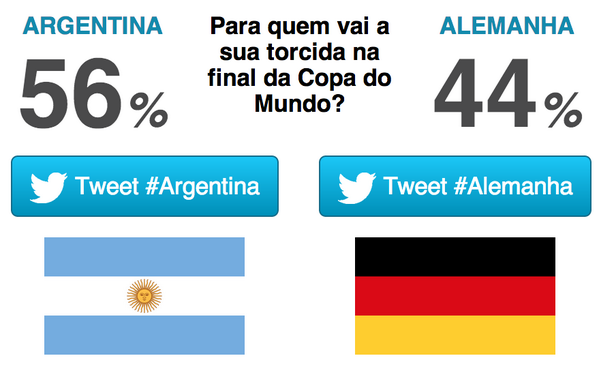 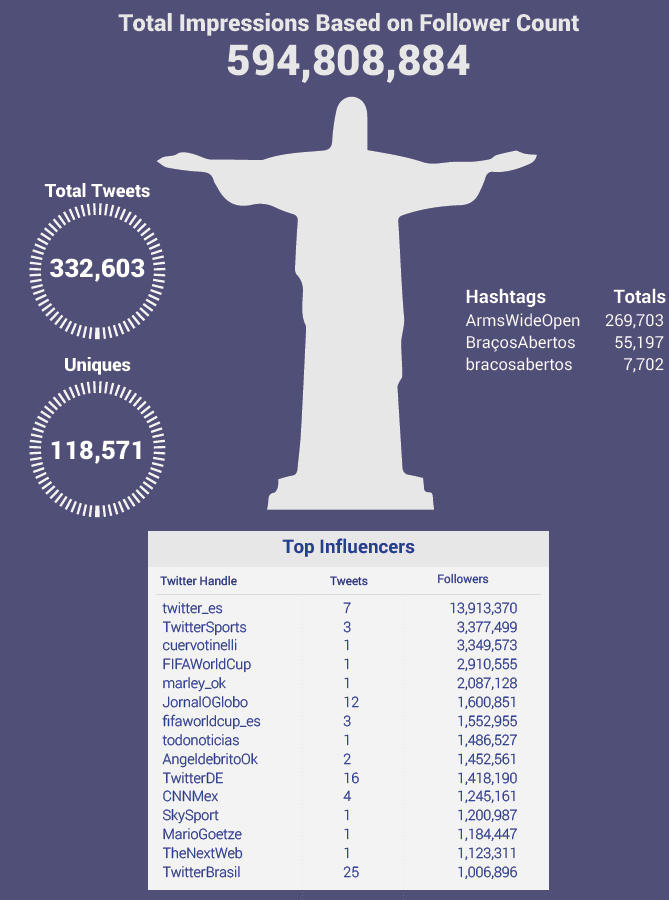