MTV was supposed to launch the splurge "Are you the one", where 20 singles were to find the perfect match. Dating programmes are exposed to tough competitions, and our challenge was, with a small budget, to create hype and make the programme's premiere known. The strategy was to record the insights around the target group's behavior on Facebook, and with the help of that trigger their curiosity. The solution was the Facebook-app Match Machine. By pushing one button only, people got to know who of their friends was the perfect match for them. The accurate result triggered big feeling and every time a matching was shared, the interest of other's was awaken. The viral effect made Match Machine into a success in the whole world. The app was one of the most successful digital campaigns that MTV has ever carried out, with the test being taken more than 84 million times. There were 7 million shares on Facebook which exposed "Are you the one" as being the sender 834 million times. The success was visible in the audience numbers, which resulted in a second season of the series.

Because the campaign MTV Match Machine is one of the worlds most viral and best Facebook campaigns ever made, with over 840 million impressions world wide. Also, the Match Machine created headline around the world and Huffington post put it best "MTV's 'Match Machine' Is Weirdly Accurate At Finding Your One True Love". The Facebook campaign generated so much attention that a second season of the TV show was created, which is the ultimate sign of a successful campaign! Huffington post -> http://www.huffingtonpost.com/2014/02/13/facebook-match-machine-mtv_n_4780942.html 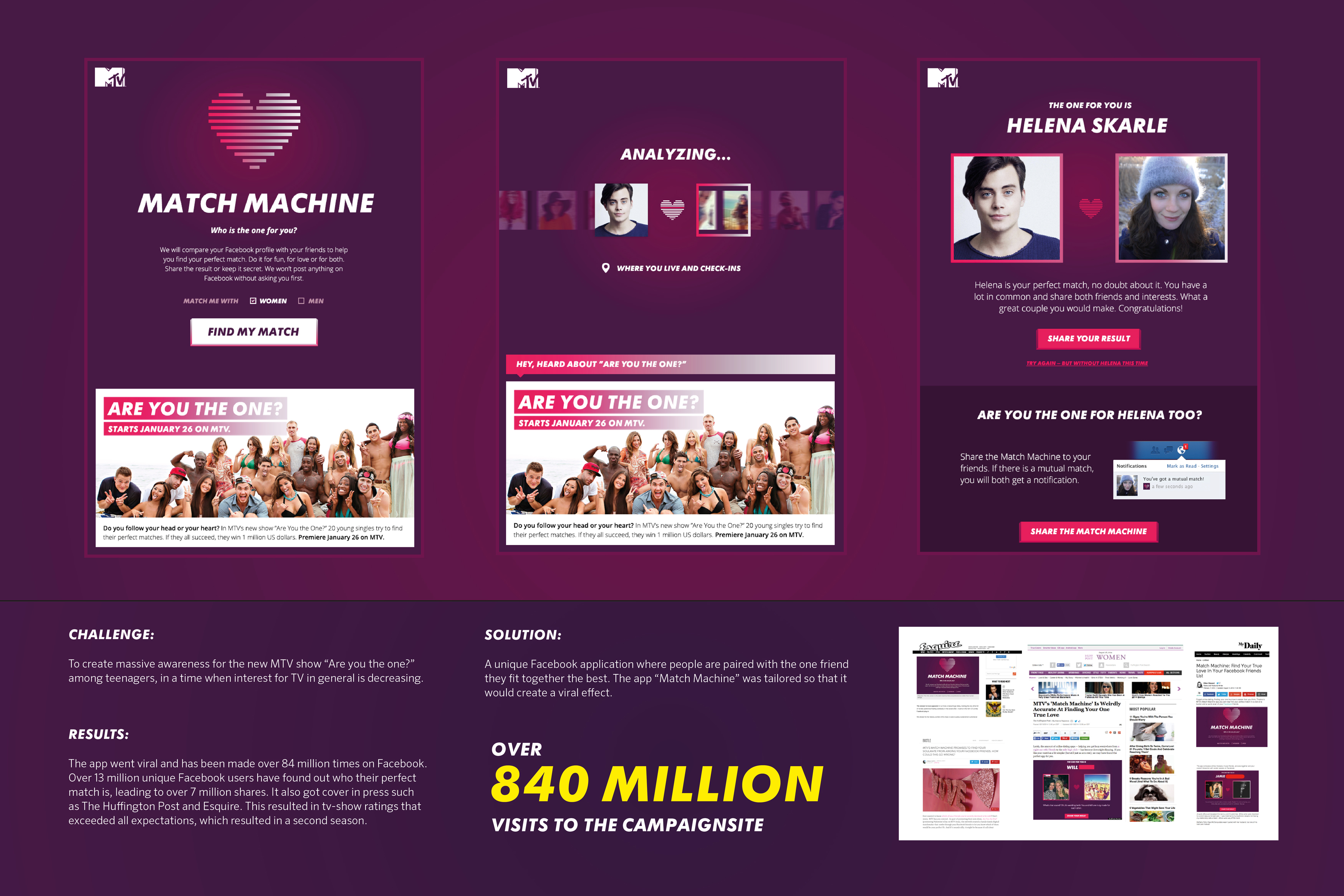