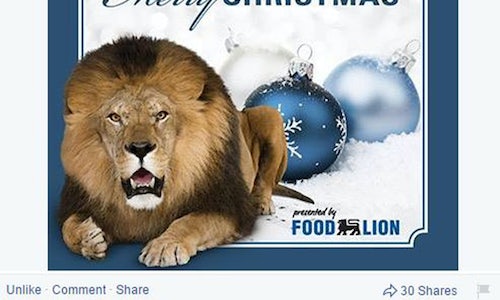 Food Lion Roaring in the Holidays

Food Lion's 450-pound spokescharacter is known for spreading his two cents of wisdom to grocery shoppers everywhere. But to spread some cheer and goodwill during the holidays, we wanted to have the lion use his voice in an unexpected way. So we recorded Roaring in the Holidays, an original compilation of holiday music sung by the lion himself. A website was created featuring 10 songs available to stream or download for free, along with musical e-cards to send a special holiday greeting to friends and family. Starting on Black Friday, we released and promoted new songs each week via Facebook, Twitter and YouTube to generate continued engagement leading up to Christmas and New Year's.

The Roaring in the Holidays album garnered 4.6 million social media impressions, 3.5 million Pandora streams, 70,000 song downloads, increased social sentiment 40 percent, was played by 55 radio stations in more than 30 U.S. media markets as well as being heard by customers in over eleven hundred Food Lion grocery stores — making our singing lion a roaring success. After all, you can't spell Christmas without C-A-T.

Video for Food Lion Roaring in the Holidays 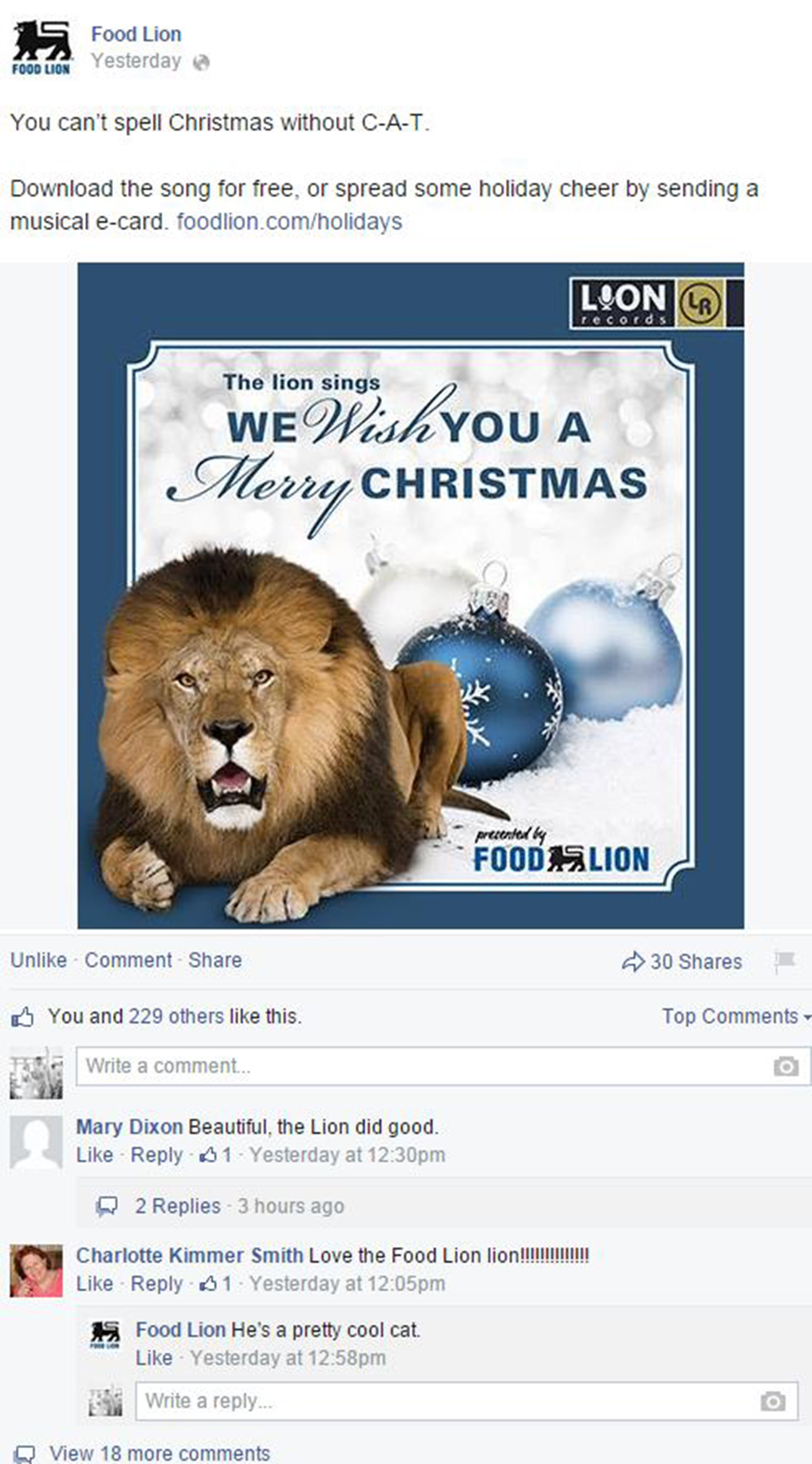 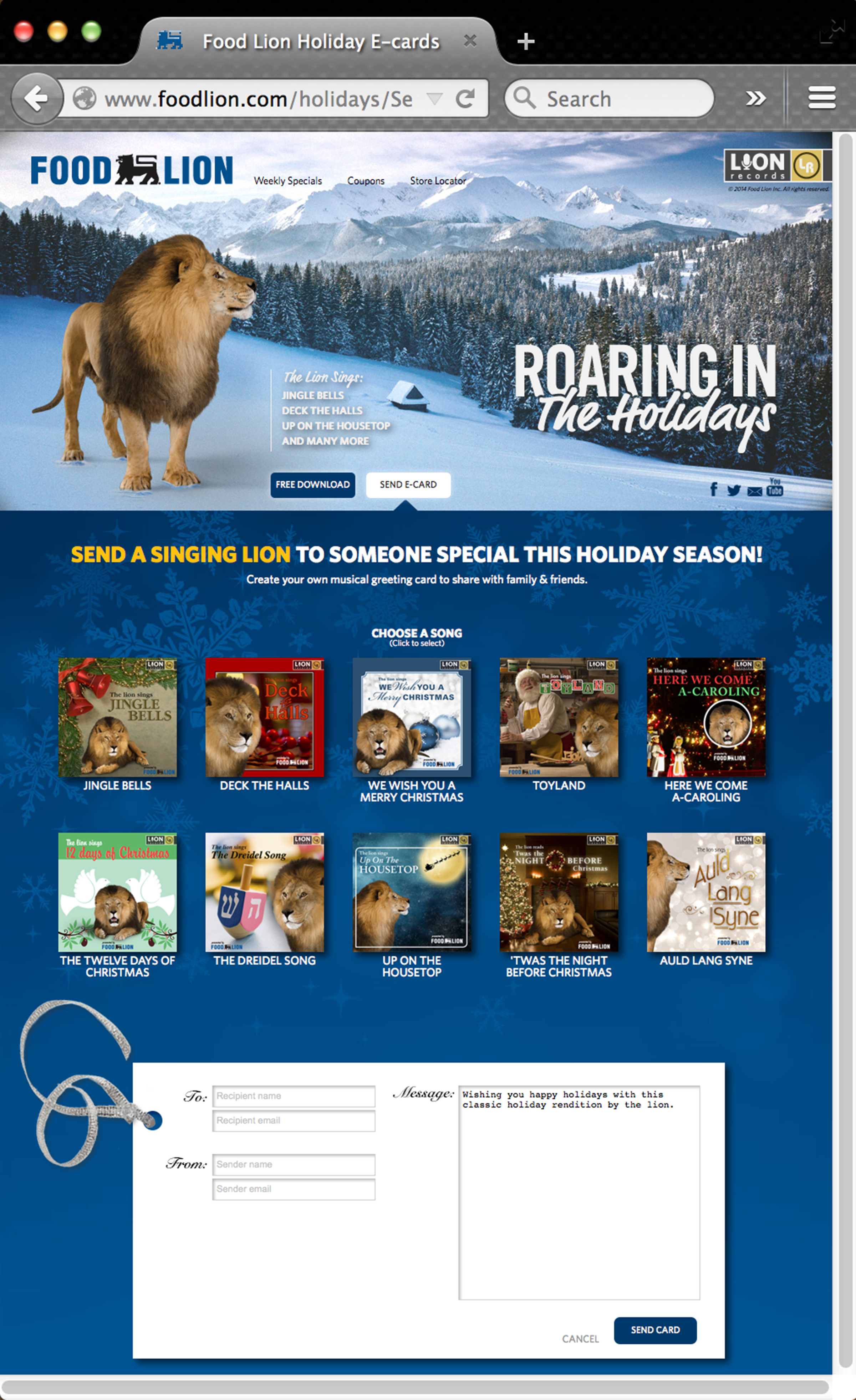 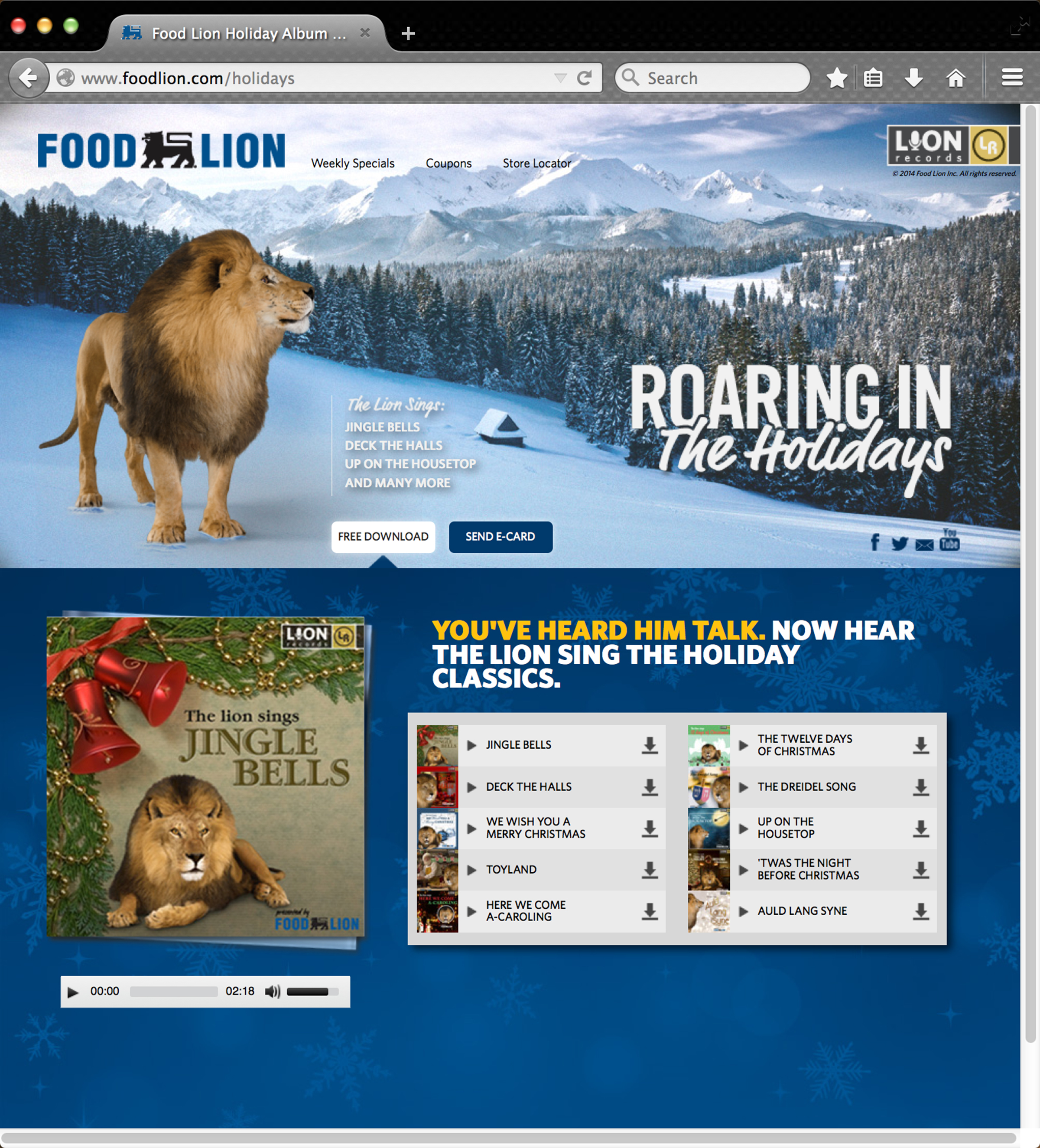 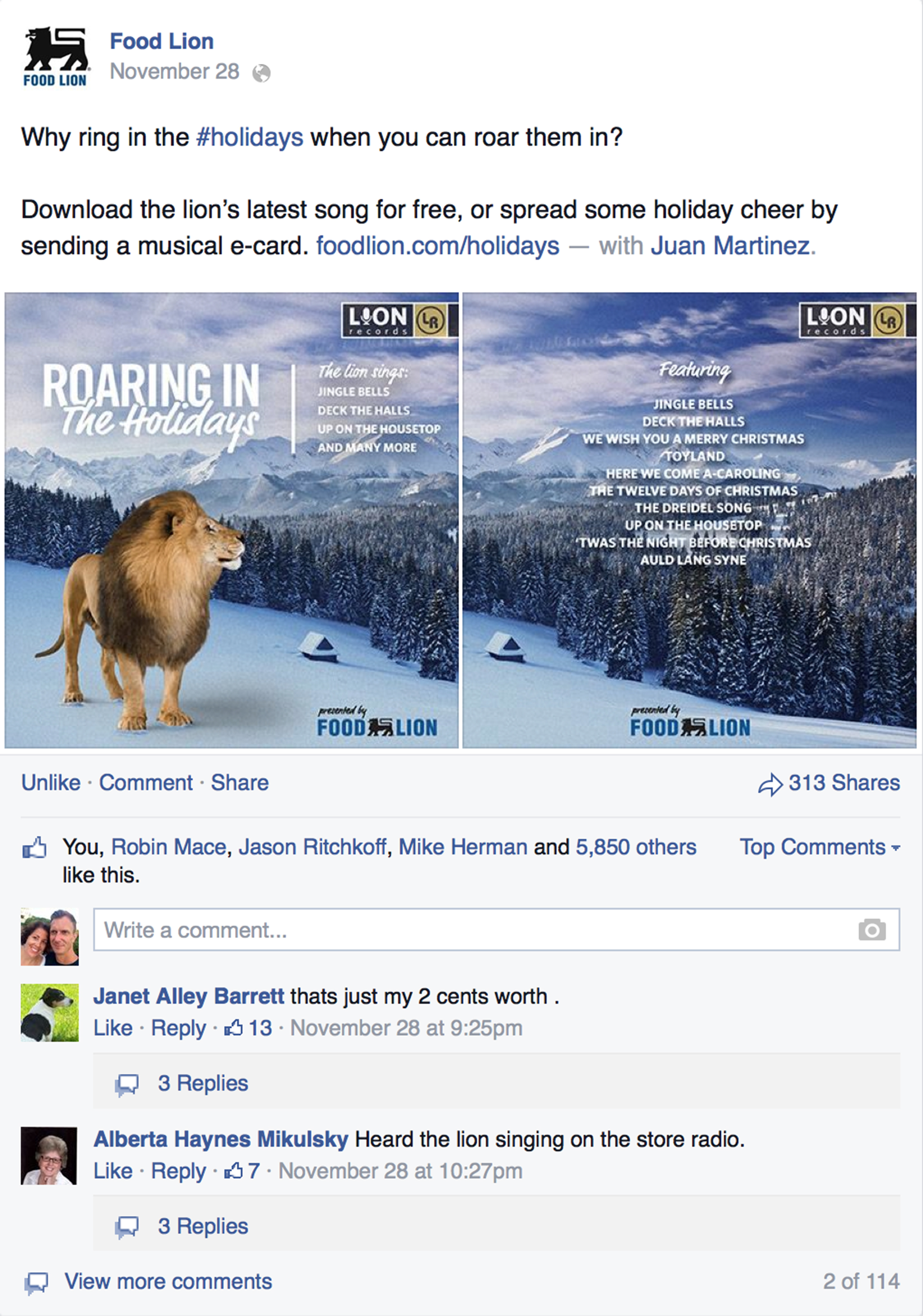 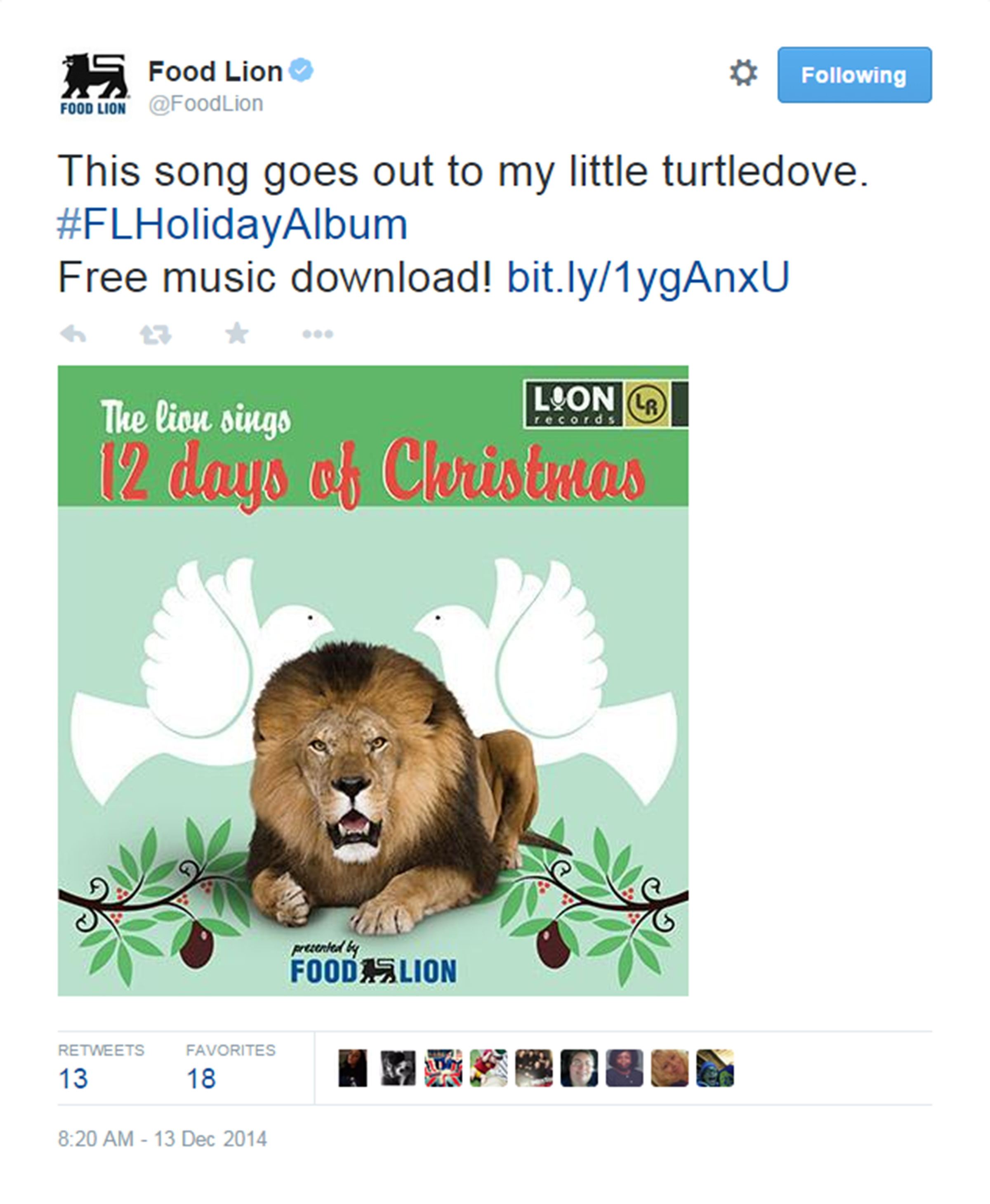