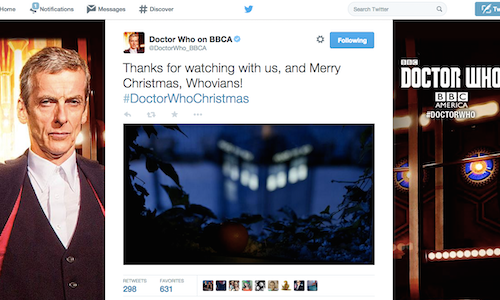 Doctor Who on BBC America

Doctor Who on BBC America faced a new (yet at the same time familiar) challenge in 2014 by starting the season with a new Doctor. We pushed our previous social strategies even further and built new ones to usher in a new era of the show, while still embracing the 51 years of Doctor Who. We focused on the new season while still highlighting the Doctor's long history, and embracing fans of the show who experience it in many different ways and across many different platforms. We engaged with audiences on new platforms and in many different countries, by launching a Doctor Who instagram and covering the first ever Doctor Who World Tour live. We adapted to and embraced change, and helped Whovians do just the same. 2014 was a year of innovation, expansion, and exploration for Doctor Who on BBC America.

The real stars of Doctor Who are Whovians; the fans of the show who always surprise us with their endless creativity, love for the show, and for each other. We highlight their work, spend premieres with them, report news to them, do giveaways and contests, all because they deserve it and are the main reason why our job is so much fun to do, because we are Whovians, too.

In 2014 Doctor Who on BBC America engaged with this audience in a variety of new and exciting ways:

*We launched a Doctor Who instagram (http://instagram.com/doctorwho_BBCA) and were the first ever brand to live-instagram a show premiere.

*We catered to our international audience by covering the Doctor Who World Tour live, which held events in Sydney, Seoul, London, Cardiff, Mexico City, and Rio de Janeiro. We were able to cover the event in-person when it came to New York City. We kept Whovians updated on what was going on at the events, and made sure to feature all of the wonderful fans who attended these events and the work (fanart, cosplay, etc.) that they displayed there.

*We covered New York Comic Con live, and even got special shoutouts to Whovians on our various social platforms from Doctor Who alumni.

*We partnered with various Doctor Who merchandisers to hold giveaways and contests that got fans interacting with us and each other and flexing their creative muscles. We also partnered with these merchandisers just to send goody bags to Whovians in need! (http://www.reddit.com/r/doctorwho/comments/2teotm/update_on_my_little_whovian_thank_you_reddit/ )

*We held various social campaigns which engaged our audience centering around the Doctor Who Christmas special- including an advent calendar and a Christmas countdown.

*We featured well-wishes from Whovians on-air by displaying their tweets during the Doctor Who marathon on New Years Eve.

From all this hard work and engagement with our fans we created many notable moments, such as:

~ Doctor Who: Last Christmas was t the #1 show on both Twitter and Tumblr on Christmas Day in all of television in Primetime (excluding sports) on December 25, 2014.

~ Doctor Who remained the #1 TV brand on Tumblr, and ranked among Twitter's Top 5 most-tweeted original dramas for 2014 in ad-supported cable.

~ With 1.3 million tweets, Doctor Who was on par with Sons of Anarchy and behind Pretty Little Liars, The Walking Dead, Teen Wolf, and Game of Thrones on Twitter in 2014.

~ Doctor Who Season 8 had 41.8 million posts on the Doctor Who topic from 4 million contributors.

~ The Doctor Who Instagram had over 355,000 likes and comments from 18,200 followers. Followers almost tripled in Season 8, and are now ahead of competitors on Instagram such as Falling Skies (TNT), Homeland (Showtime), Justified (FX), The Last Ship (TNT), and Da Vinci's Demons (STARZ).

~ Doctor Who had over 700,000 Tumblr followers by the end of Season 8 and BBC America's Doctor Who Twitter handle had 215,000 Twitter followers (on par with Mad Men and Psych and well ahead of Homeland, Sleepy Hollow, and Blacklist). 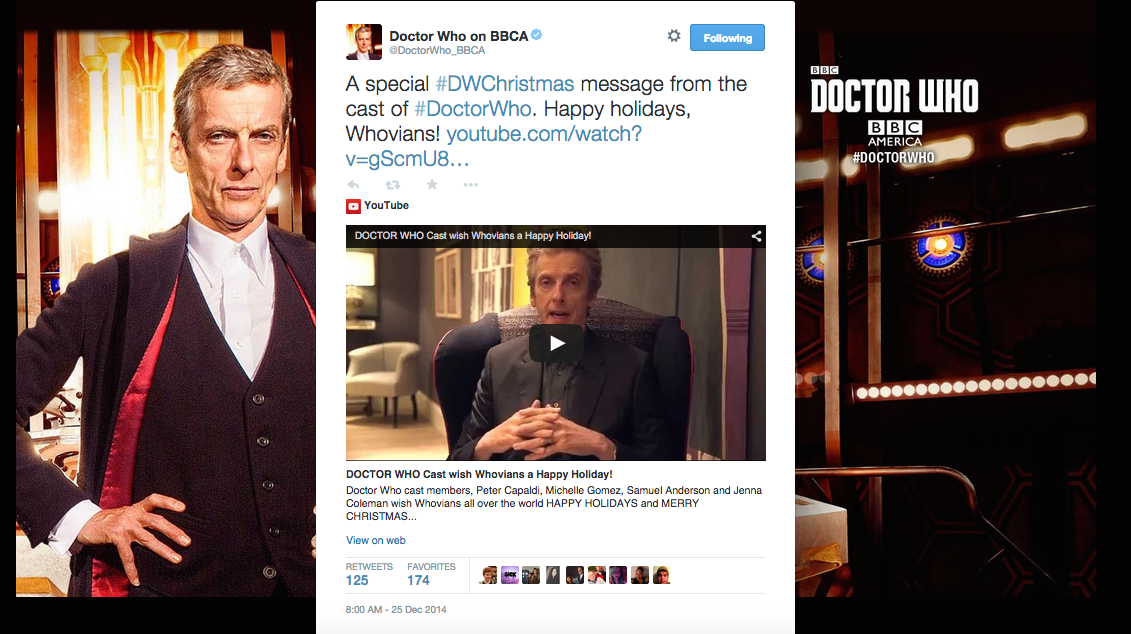 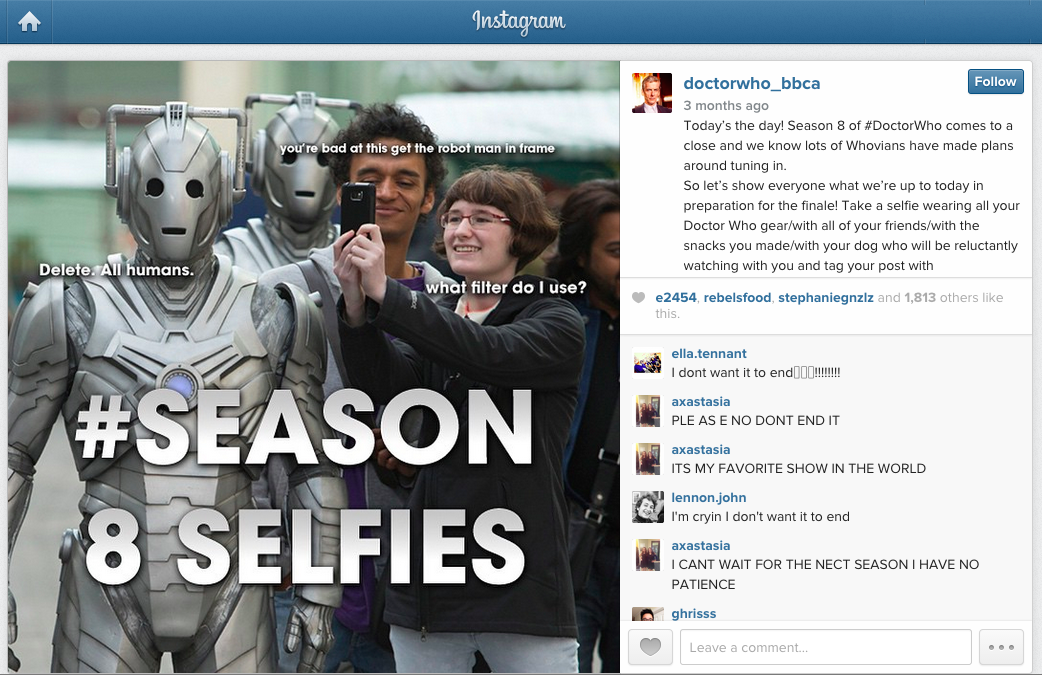 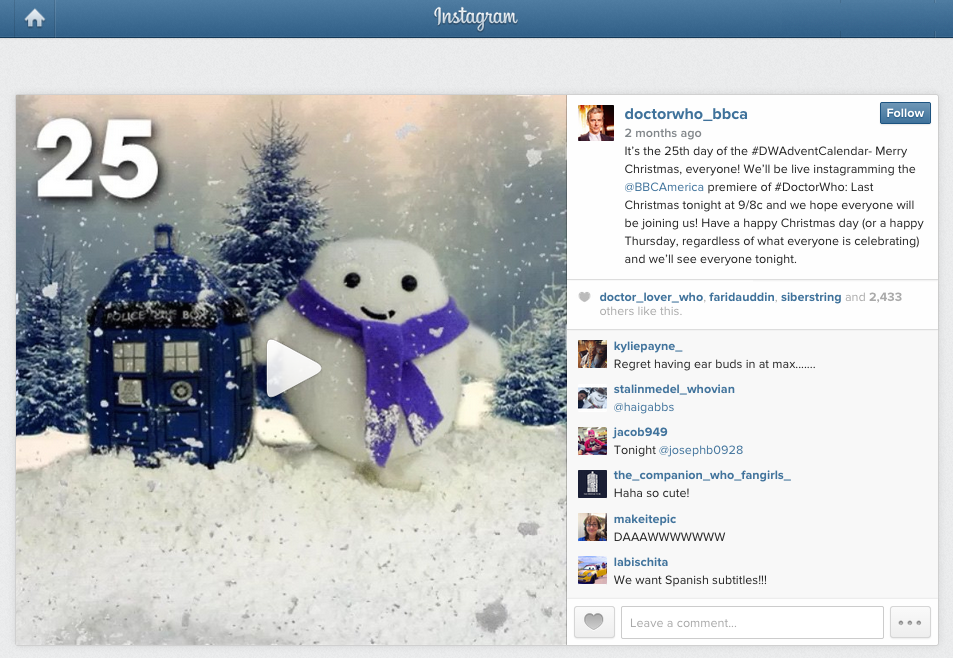 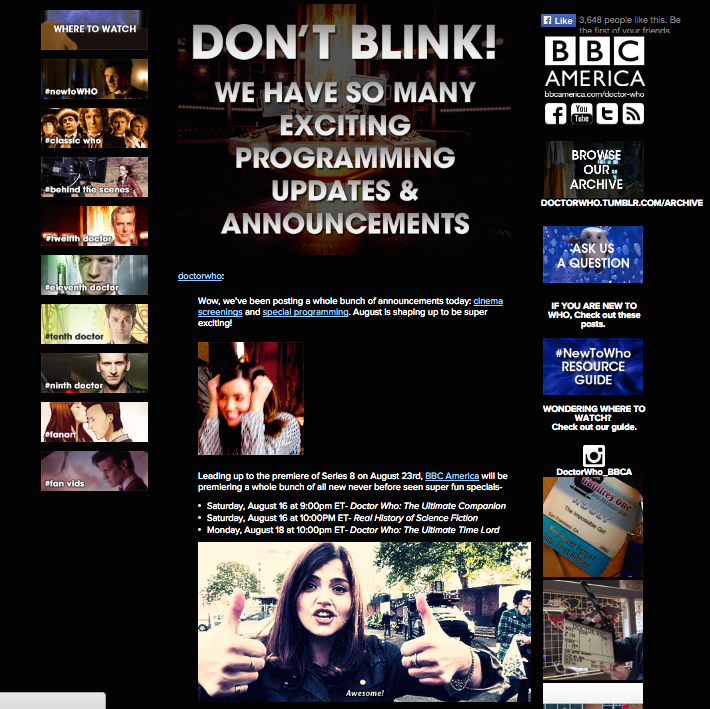 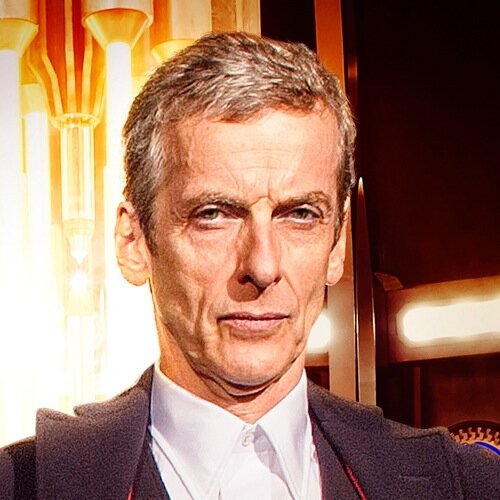 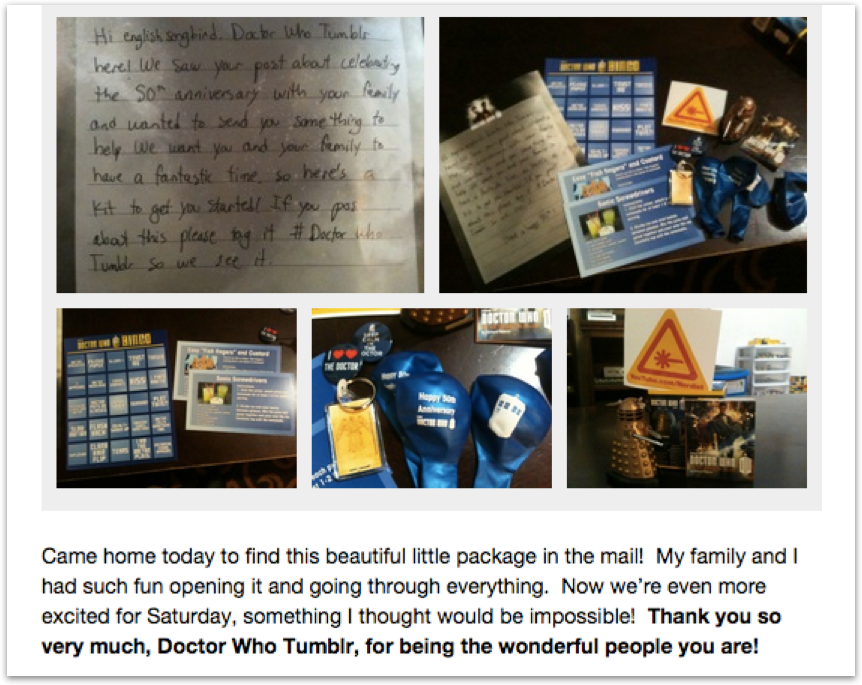