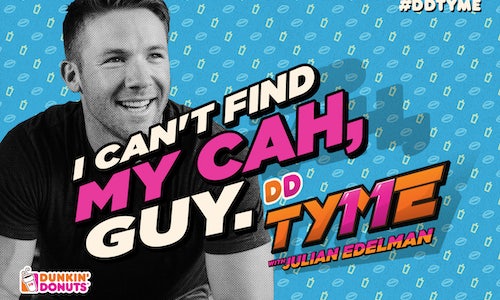 Dunkin' Donuts wanted to create a coffee promotion to reach Millennials. We added Julian Edelman of the New England Patriots, comedian co-host Don Zollo, and the perfect setting in Boston, MA to make it an engaging story.

First we built excitement across social. Then we hosted an event, where fans got to participate in :11 with #11 (11 secs. to ask #11 anything). Fans also met Julian on the streets where he completed and gave out DD Dares and gave hard workers a DD TymeOut (I.e, Julian steps in on the job, and you take a coffee break).

But the event was just the beginning. For the next two weeks, we created the DDTyme variety show, an online video and content series that lived on DDTyme.com.

The results: 25 Million Unique Users. 25.7 Impressions. The event was trending in Boston. And made local and national news.

The main objective for DDTyme was to engage Dunkin's coveted Millennial target by promoting and building awareness for Dunkin' Iced Coffee.

Strategy Behind The Work

The strategy behind DDTyme was to create a buzz worthy event, and generate great content, that could be distributed across social channels, to keep people engaged post-event.

Dunkin' wanted to activate a coffee promotion with a celebrity athlete who could help build awareness and drive engagement. So we got Julian Edelman of the New England Patriots on board. But we decided to turn it into more than just a celebrity endorsement: We created DDTyme. A buzz generating event, social campaign, and video series. DDTyme was a concept that united Julian Edelman and the people of Boston with a common theme: Dunkin'. DDTyme was the unification of two great brands. It's the "pick-me-up" you get from a delicious Dunkin' Donuts Iced Coffee partnered with Julian Edelman and his unique, and off the wall, sense of humor.

We created a three-phased engagement.

First, we seeded the upcoming event across social to build excitement to drive people to come meet Julian Edelman on September 16. 2014. Part of this was asking people to submit outrageous "DD Dares" for Julian to complete on the day of the event.

Next, we created a PR and buzz-generating event where we gave the people of Boston a Dunkin' coffee break. In more ways than one: It started by Julian hitting the streets where he completed, and gave out, the DD Dares. For example, he challenged a group of people to create a touchdown dance in exchange for a Dunkin' coffee. Julian also gave some lucky hardworking Bostonians a DD TymeOut, where he stepped in on the job, while the lucky participants got to take a break and enjoy a delicious Dunkin' coffee. The day culminated at our set on the Rose Kennedy Greenway, in the middle of Boston, during which fans got to participate in :11 with #11. It was 11 seconds to ask #11 literally anything.

Of course we filmed the entire day, which kept the engagement going for two weeks post-event. From the event footage, we made the DDTyme variety show, which included teaser films, full-length episodes, shorts, pics, and GIFs. It all lived in one place on our Tumblr page, DDtyme.com, where people could interact and share the content everywhere, across their social channels.

There were 25 million unique users and 25.7 million impressions. The event was trending locally in Boston on Twitter and had widespread local and national news coverage. 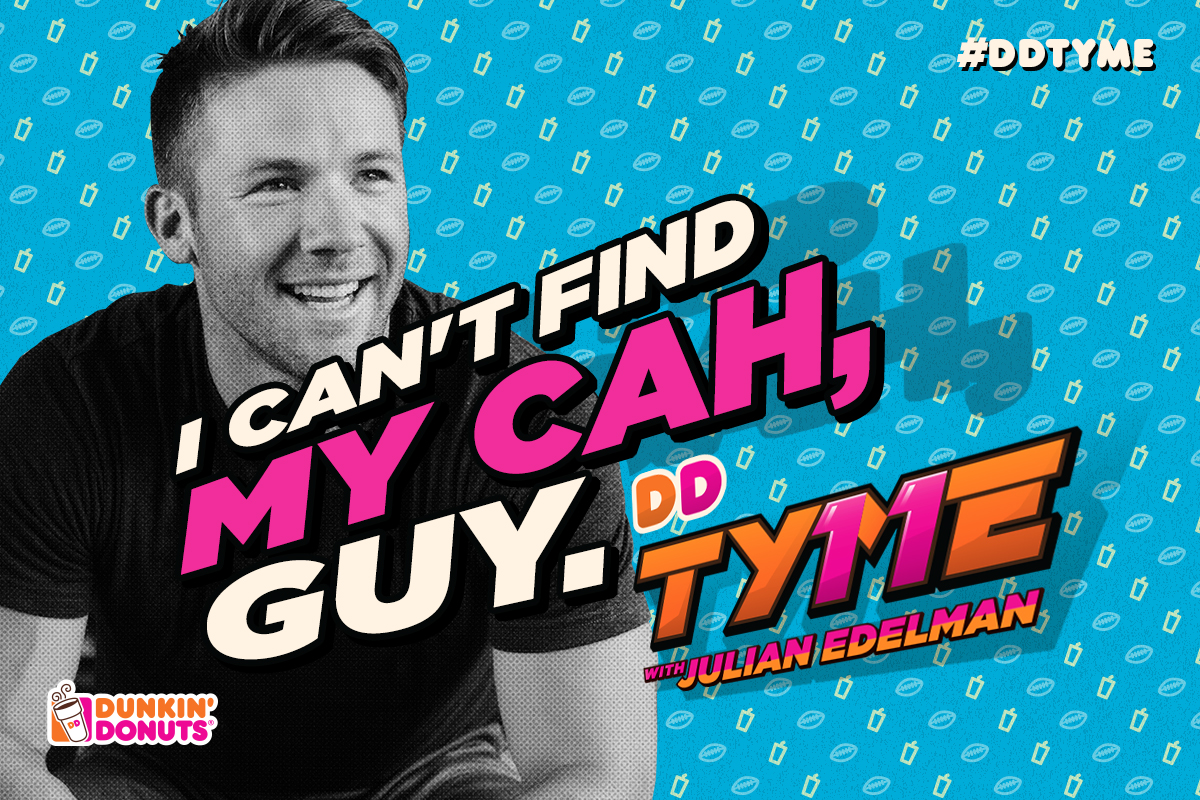 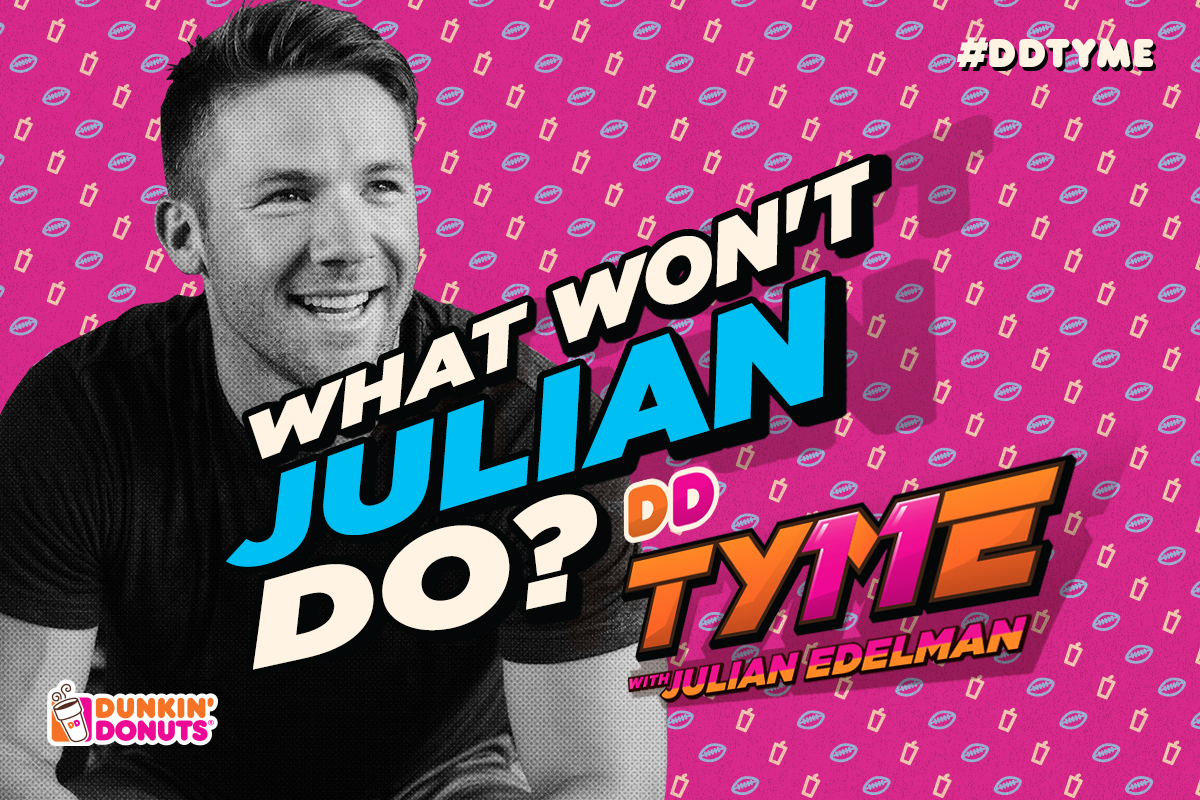 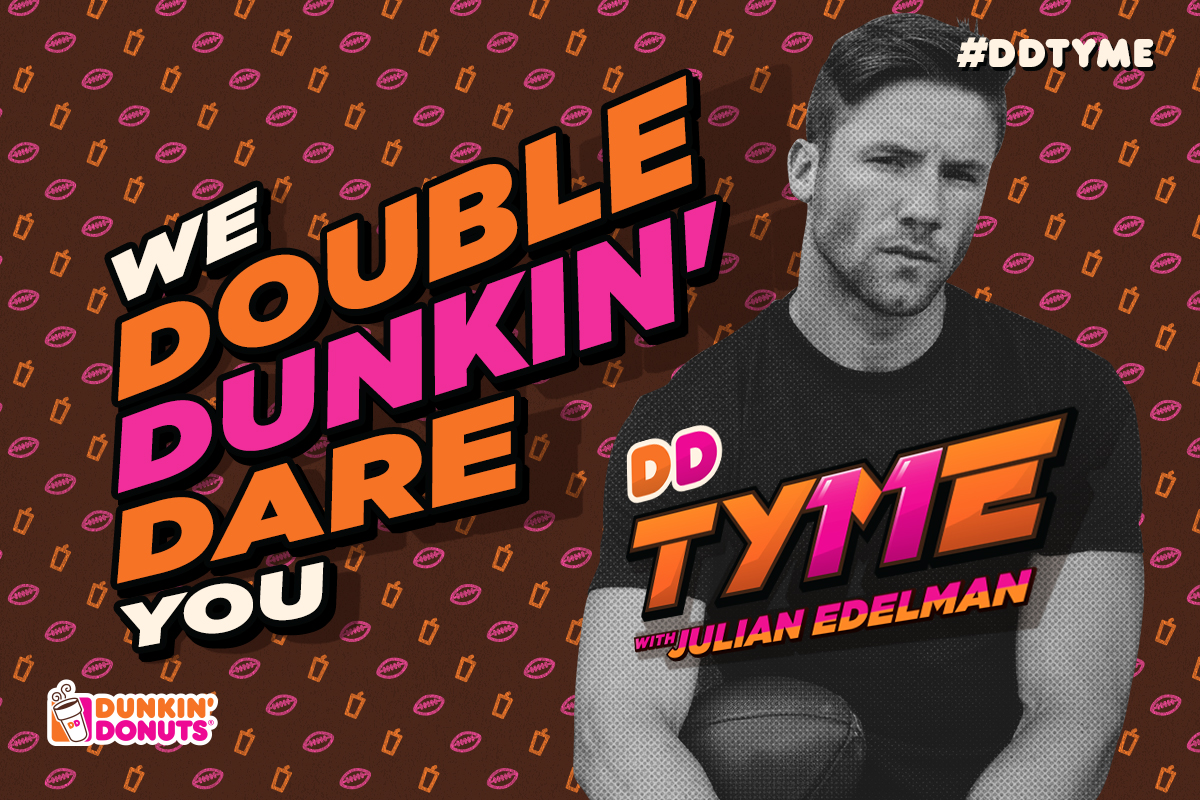 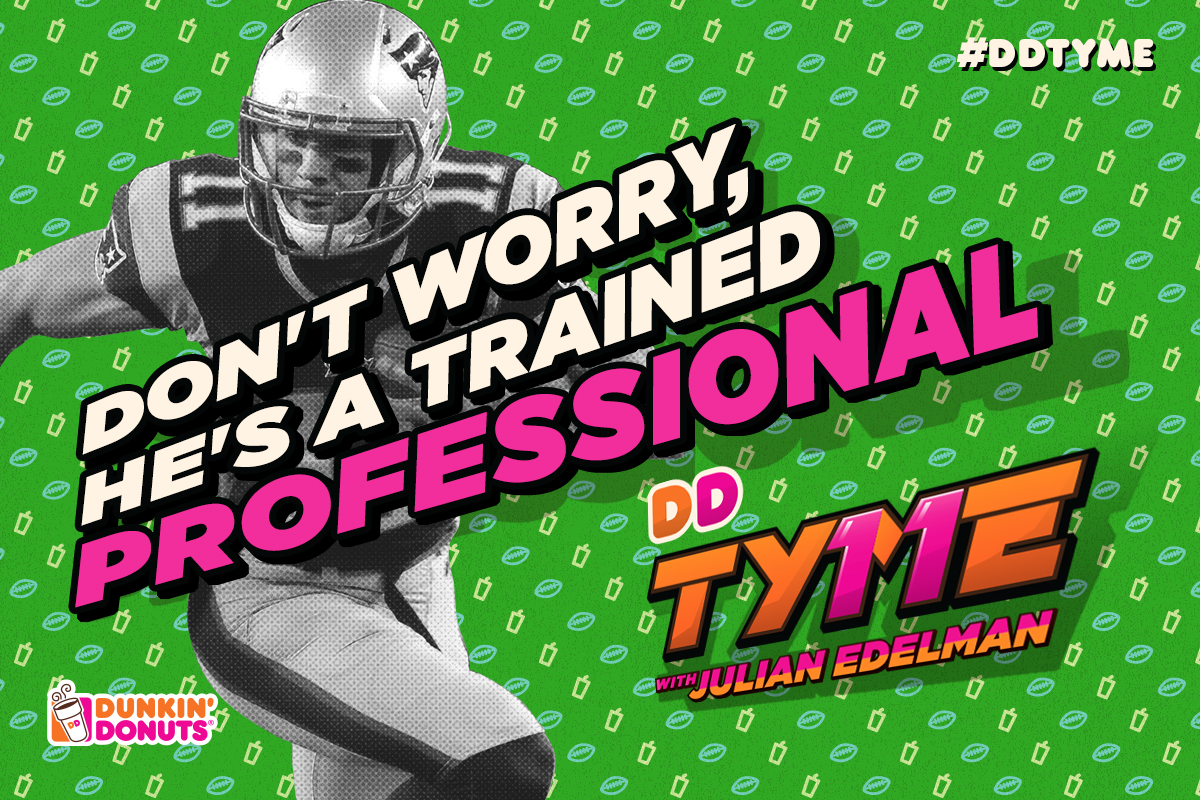 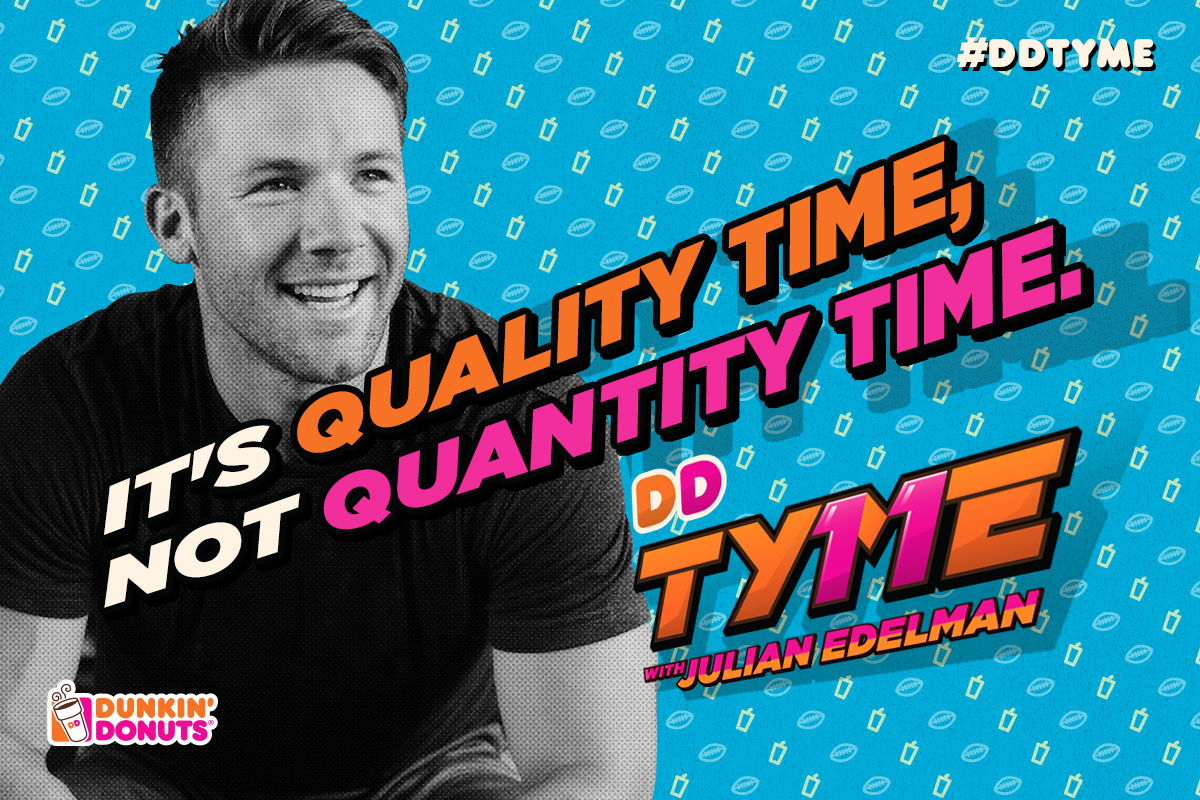