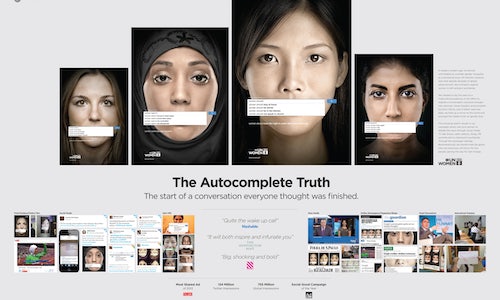 Title of Entry: The Autocomplete Truth Client: UN Women Product/Service: Gender Equality Date of First Implementation: April 18 2013 Short Description of Campaign (500 words) In this day and age, it’s practically unthinkable to consider gender inequality as a persisting issue. UN Women however, sees that despite decades of global advancement, discrimination and prejudice towards women is still rampant across the globe. We needed to lay this bare to audiences in both developed and developing societies, with the intention to reignite a conversation everyone thought was finished. Using Google’s autocomplete function, fed by over 6 billion searches every day, we held up a mirror to the world and exposed the hidden truth on gender bias. The shocking search results became the faces of our campaign, driving people to join a global discussion on social media through our campaign hashtag (#womenshould). The conversation was further amplified through outdoor, posters, an online film that was seeded throughout news sites, blogs and social media, as well as exposure through Global PR summits and educational debates worldwide. The impactful nature of the imagery allowed our message to travel far beyond the original borders of a print medium, transcending through multiple channels which all worked together to transform the world into one enormous UN forum for the people, with our campaign hashtag at the center of it all. By exposing these shocking sentiments through a technology that is extremely familiar to all of us, it was instantly powerful in striking a chord with people and driving them to try it for themselves. And upon seeing the evidence with their own eyes, this further compelled people to share their own findings across social media. Whether it was in English, Spanish, French, Swedish, Arabic or Mandarin, the perceptions that people discovered were undeniably universal. The campaign furthermore inspired people to experiment with global perceptions on a vast array of other social issues. As a result, individuals and organizations around the world were motivated to replicate our campaign’s design and create branded content of their own, a design process which was made simple to reproduce. This flurry of content became a newfound outlet to expose other inequalities in the world. From religion, politics, sexual orientation, race to mental illness and even ageism, the content that has spurred as a result of our campaign allowed countless communities worldwide to voice their societal concerns and expose inequalities that needed to be talked about too, paving the way for real change. For a newly established entity such as UN Women, with constrained budgets, the campaign was an effective way to reaffirm the organization’s urgent need to continue its humanitarian efforts for women around the world.Social Good Campaign This campaign raised awareness of women’s inequality across the globe and enable dialogue to begin on the topic. An issue which people thought was finished was reignited by a series of 4 strikingly simple print images and which was furthered by a video. UN Women found the global debate which the campaign enabled to be extremely heartening. The results of the autocomplete searches which the campaign highlights serve as a shocking reminder of how far we still have to go to achieve gender equality worldwide. By enabling a conversation to be started, we are happy to make an impact on at least just one person’s life and perception. The campaign was named ‘Most Shared Ad of 2013’ (Adweek) and ‘Social Good Campaign of 2013’ (Ad Council), and over 755 Million people who had the opportunity to see the campaign. What makes this a social good campaign is much more than just creating news headlines across the globe in leading publications, (BBC, The Guardian, Time, Huffington Post, CNN, Times of India, ELLE, La Figaro and more) it drove men and women to debate gender equality. This debate happened on social media, TV talk shows, radio stations, blogs, PR summits and even in classrooms worldwide. The campaign sparked a truly global discussion, putting gender equality back on the agenda. Best Use of Hashtag on Twitter With no paid promotion, the #womenshould which UN Women first tweeted became an overnight viral sensation. The hashtag and messaging created 134,000,000 twitter impressions. The organic spread of #womenshould was a truly global phenomenon, being tweeted about in over 50 countries. Best Viral Campaign The campaign was written about in over 590 articles, blogs and news stories. It was featured in leading TV shows, radio shows, PR summits and even shown at NASCAR races. It created 134,000,000 twitter impressions. The minimum estimated number of people who had the opportunity to see the campaign is 755,000,000. Ad Week named it the ‘Most Shared Ad of 2013’ as their article on the campaign was shared 116,000 on Facebook. The phenomenal aspect of our results is not only the insanely huge amount of people that had an opportunity to see it, nor just the multiple outlets on which it was shared. More importantly and a tremendous reflection of what ‘viral’ really means is the way the campaign kept expanding to reach different media channels as it was re- shared, re- visited, re- expressed and re- viewed. This multiple level of outreach was our most satisfactory belief in the campaign’s success. 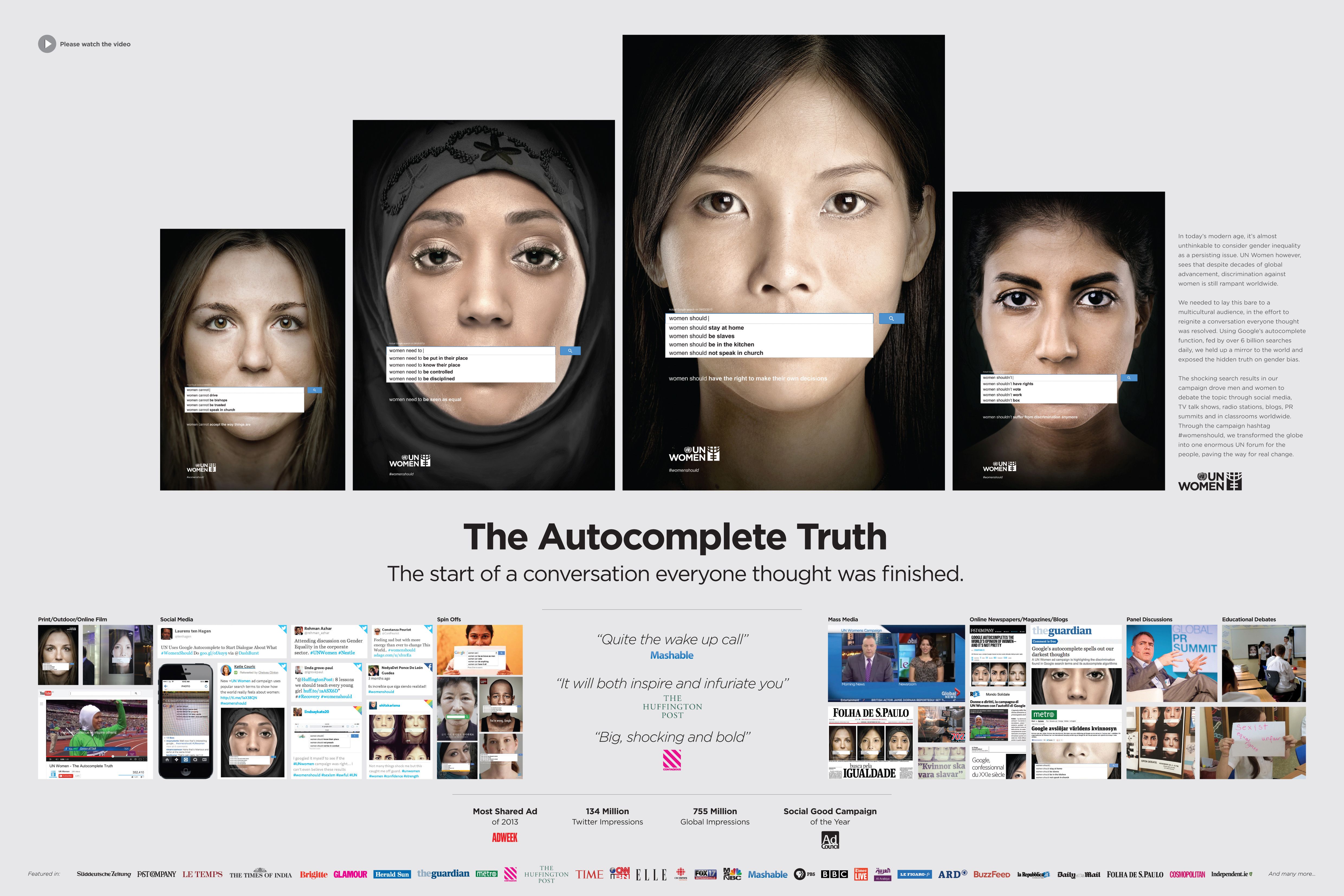