To create a better way to plan and share trips, DoubleTree worked with Google to build DTour, the first-ever YouTube channel integrating all major social networks to make sharing travel moments easy. The tool goes beyond the brand loading its own videos to the site and allows consumers to personally contribute. It’s truly an experience intended for genuine recommendations made primarily through video, not selling to those who visit the site. To engage travelers, DoubleTree launched the “DTour of a Lifetime"–a contest to find 6 “DTourists" to travel globally as content creators and to share highlights via blogs, videos & social media. To promote DTour and make a unique announcement for the winners of the contest, DoubleTree used a live stream video event through Google Hangout. The event was live streamed on YouTube and complemented with a live Twitter feed using the hashtag #DTourHangout, encouraging consumers to join in the conversation and ask questions to win fun giveaways. Research, Planning & Implementation: Because there are 300M+ active users across the Google+ platform - and the number of videos uploaded to Google+ has jumped 20 fold since the platform launched - we tapped into DoubleTree’s social savvy fan base to make the contest winner announcement in a unique way through the Google Hangout feature. A Google+ event invite was created to help generate awareness for the #DTourHangout winner announcement, asking people to RSVP in advance. Facebook promoted posts and promoted tweets helped extend awareness leading up to the hangout event. The recorded video of the hangout resides on DoubleTree’s YouTube page and was shared across DoubleTree’s Facebook, Twitter and Google+ channels for those who missed the live hangout. A link to the video was also shared through social ad buys as a Facebook promoted post and promoted tweet. The 6 winners also have a large social following that helped generate buzz and shared out the announcement video on their social pages, as well as wrote blog post content to their social audience. Message: To celebrate the launch of DTour, DoubleTree is sending 6 lucky and socially savvy “DTourists" on the adventures of a lifetime to the 6 continents where DoubleTree hotels are located to capture photos, videos and tips from local cultures to help you plan your next vacation. Tune in to meet the 6 DTourists and watch us reveal the continents to where they will be traveling. We will be hanging out with “The Travel Junkie" and TV Host Julia Dimon and the DoubleTree brand team, as they share tips for how to plan your own trip of a lifetime. Join the conversation with #DTourHangout to win prizes! The key performance indicators for this social initiative included creating awareness in a unique way, making a larger splash for the announcement of the winners of the DTour of a Lifetime contest and increased engagement for the DoubleTree social community surrounding the announcement. • 164 total mentions of #DTourHangout • Double the number of RSVP’s for the hangout event (compared to the live Google Hangout DoubleTree hosted in partnership with Google Travel to announce the DTour campaign) • 33 Tweets • 53 @replies • 78 RT’s • 423,075 Total Potential Impressions • 106,930 Total Potential Reach • 6,918 video views of the #DTourHangout video on YouTube (over 6x the number of video views compared to the live Google Hangout DoubleTree hosted in partnership with Google Travel to announce the DTour campaign) 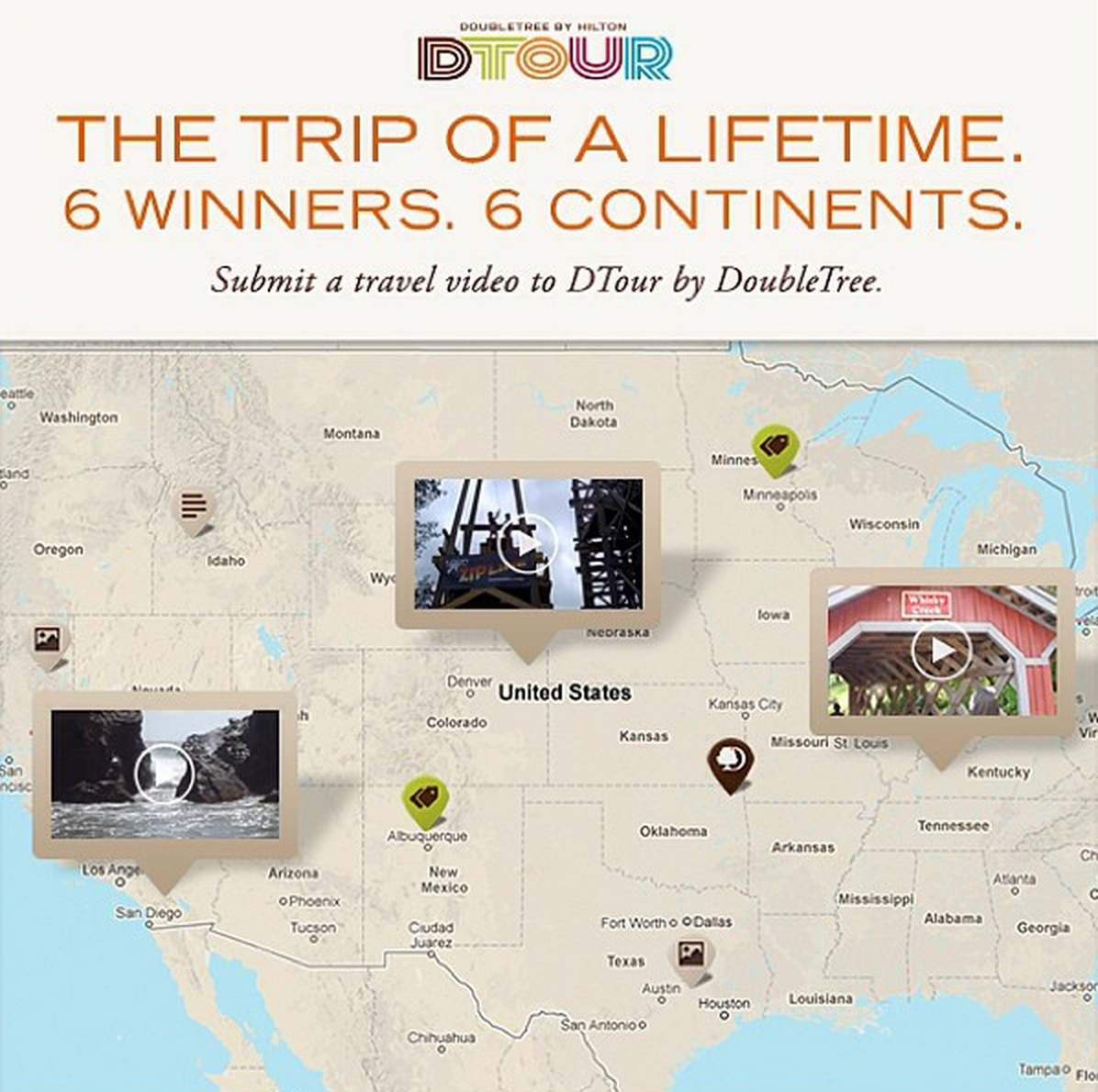