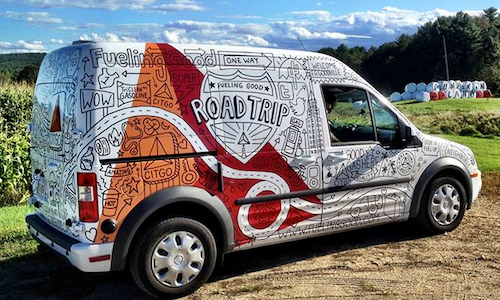 In a world consumed with fluctuating gas prices and general apathy towards gasoline brands, Milwaukee-based agency BVK had a different story to tell when it came to CITGO Petroleum. Outspent by its competitors 50-1, CITGO is truly the underdog in the space. BVK knew the difference for CITGO is that every station is locally owned and plays an important role in the communities they serve. Whether it’s supporting the Muscular Dystrophy Association, a Children’s Hospital in the area or even the local high school sports team, CITGO is always helping Fuel Good. To effectively communicate this idea, a social media campaign had to be created enabling communication on an on-going basis and at a local level. The Fueling Good Road Trip was designed to just do that. BVK put a couple of fun, outgoing and social media-savvy guys in a van and sent them across the country to shine a spotlight on all the good things CITGO does in local communities every day. The Road Trip stars Adam & Diego, who meet with CITGO owners, customers and talk to the many recipients of CITGO goodwill. Along the way, they have a great time discovering other local businesses and local color of every community. The story is told across Facebook, YouTube, Twitter, and Instagram. Indeed, the Road Trip story is told in real time, making it possible for fans of the campaign to communicate directly with Adam and Diego. Followers are given the opportunity to directly impact the course of the Road Trip by offering advice on social media channels, encouraging the guys to visit their favorite charity or shoot a video with a local hero. The campaign is focused on video content. Adam & Diego shoot short, funny and shareable iPhone videos while they’re on the road, and encourage fans to comment. Additionally, a full production team follows the pair to provide a visual recap of each section of the country visited. At the center of it all is www.fuelinggood.com, which maps the road trip stops, as well as hosts highlights and image galleries. The site has total social integration. It’s a huge step forward for CITGO, tearing down social media walls, allowing consumers to have a voice, and building it around a Road Trip that champions the local CITGO owner and the communities they serve. In just eight months, the Fueling Good Road Trip has produced more than 40 videos, resulting in more than 300,000 video views. All this from a brand whose YouTube presence prior to the April 2013 campaign launch was essentially non-existent. The Fueling Good Road Trip changed the perception of the CITGO brand by tapping into two emotions no gasoline company has executed with such nuance – inspiration and humor. CITGO as a brand is dedicated to helping those in need. With that in mind, the Road Trip is able to highlight causes and become a catalyst for good. Take a look at the great works of CITGO-supported Emily’s Kids Foundation, which helps families affected by childhood cancer: In addition to fueling good causes, the Road Trip is able to go into local communities at a micro level to lift up everyday heroes. The campaign also has a lot fun with its fans, interacting with them in real-time in iPhone videos shot and posted directly from the road. In this video, Diego enlists the help of Road Trip fans in Rhode Island to determine what he should get his mom for Mother's Day. The Fueling Good Road Trip immediately and dramatically increased awareness of CITGO’s core values and extended its reach to key audiences that might have never otherwise been engaged. BrandIndex.com reported that CITGO improved its likability in 2013 more than any other gasoline brand, thanks to the Fueling Good Road Trip (http://tinyurl.com/prw8xnp). Without increasing the yearly budget by $1, an internal study showed the Fueling Good Road Trip made 75% of consumers more likely to purchase gas from CITGO. The Fueling Good Road Trip truly helps consumers see CITGO as more than just an oil company, but rather an integral part of their local neighborhood. 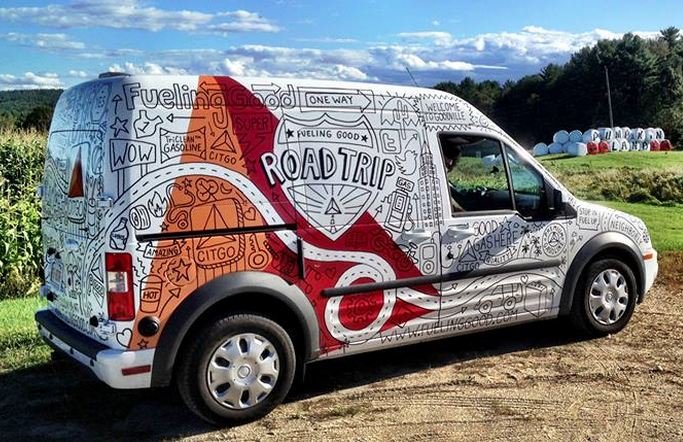