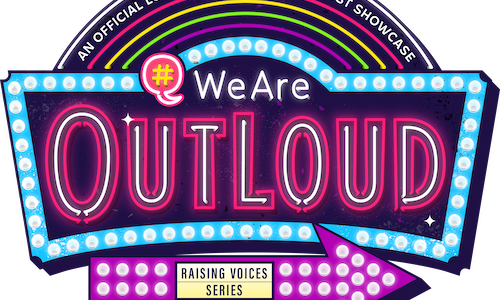 OUTLOUD: Raising Voices began as a live event concept to give a platform to up-and-coming LGBTQ+ musicians. It was set to launch at SXSW as a PRIDE artist showcase, but when the festival was cancelled, the producers at JJLA pivoted the already-scheduled show to launch as a PRIDE celebration web-series on Facebook, utilizing the existing show line-up as a two-part pilot episode.

Subsequently, the demand for more content prevailed as PRIDE celebrations began to cancel or postpone their annual celebrations. Artists who typically performed at PRIDE festivals were looking for a platform to showcase new work and put themselves out there for discovery. Each of the 9 episodes features a celebrity host, special guests, up-and-coming acts, one established headliner, and places a spotlight on the important advocacy work of PRIDE organizations around the US.

Utilizing its deep roots in the PRIDE world, production company JJLA booked talent and confirmed organizations to tell the story of PRIDE in a year where many festivals had been cancelled due to COVID-19. The show was meant to air in June, but when protests against systemic racism in America began, OUTLOUD went dark in solidarity with its partners at Facebook and the music industry. In yet another pivot, the show messaging shifted to include support for the Black Queer & Transgender community. OUTLOUD  features a diverse line-up that touches every inch of the rainbow spectrum. The inclusivity of this show allowed for the power of music to bring an audience together to celebrate one another.

Headlining artists and celebrities appeared on the show, waiving fees in support of the LGBTQ+ community and its musicians. Hosts included recognizable names like NSYNC’s Lance Bass, Drag Race winner Bob The Drag Queen, DJ Samantha Ronson, transgender actress and activist Candis Cayne, as well as Grey’s Anatomy star Jake Borelli. Headliners for the season included Betty Who, JoJo, VINCINT, Wrabel, Parson James, Allie X, and Amara La Negra. Names like Kesha, Justin Tranter, Greyson Chance, Sam Sparro, Tori Spelling, Jai Rodriguez and the iconic Leslie Jordan made appearances on the show throughout the season to talk about PRIDE and to introduce an act. Each artist agreed to cross-post the episode on their own pages in order to promote OUTLOUD to their audiences and helping to raise the voices and profiles of the up-and-coming acts.

Episodes were released twice per week and were pushed out as live premieres, drawing audiences to tune in as new content was released. The show was also featured and spotlighted by [email protected], Facebook Watch and Facebook Music. Music giant TIDAL also promoted the show after expressing interest in providing their audience with some LGBTQ+ content through the summer months.

Much of the editing and show production were happening simultaneously to ensure that the messaging was relevant to the times. From COVID to protests against racism in America, the hosts of each episode were encouraged to share personal stories and help to make those watching from home feel less isolated. The PRIDE organizations were creating content to show their solidarity and support for the Black Lives Matter Movement. House of Ninja created a special performance piece which included messaging of All Black Lives Matter in a stand for equity and inclusion. OUTLOUD became a safe space for queer artists to express themselves and feel PRIDE for more than just one month out of the year.

Audiences were encouraged to support their local pride organizations, but show participants like Zelda Williams used the platform to talk about other important causes for transgender rights. Many encouraged and reminded audiences of the importance of voting in this year’s election. The show was a safe haven for both queer art and activism. OUTLOUD began to establish itself as at-home entertainment that utilized its voice to elevate and support important social causes.

Audiences began to grow with each episode. Each premiere had stronger numbers than the previous episode. When artists like JoJo cross-posted her episode to her followers, the comments section was abuzz with praise for the new acts people were discovering while anxiously awaiting JoJo’s headlining performance. The OUTLOUD community that was created continued to grow as the show gained more visibility with many returning viewers coming back to discover new music and artists. Artist submissions began to roll in as more artists wanted to partake in the production. That list continues to grow as OUTLOUD begins to develop a second season, as well as a highly-anticipated return to live concert-going.

OUTLOUD: Raising Voices concluded its first season with extremely impressive numbers, totaling nearly 1m views across its nine episodes with another 1m in campaign reach. Press coverage included nearly 1.3 billion impressions, with coverage from ABC News, Billboard, MSN, Yahoo, and more. The first season of the show utilized its partnership with Facebook to elevate the content and showed a creatively produced, engaging proof-of-concept for the brand to continue growing. The goals for OUTLOUD include growing its digital fanbase while also planning a return to live music and concerts. The ability to reach audiences on a broad digital platform will only help to elevate the voices of up-and-coming queer and transgender musicians who no longer have to feel that PRIDE festivals are their only outlet or platform to gain visibility. As emphasized in the show, PRIDE is not just one month of the year. PRIDE is something that the LGBTQ+ community must feel each and every day, year round. This includes other recognized days like Spirit Day, Trans Day of Remembrance, National Coming Out Day, and many more. Every day can be a celebration, but we must never forget the fight for equity and inclusivity for ALL.

The series showed that even in a time of separation, the LGBTQ+ community could still come together to celebrate PRIDE in a unique and innovative way! 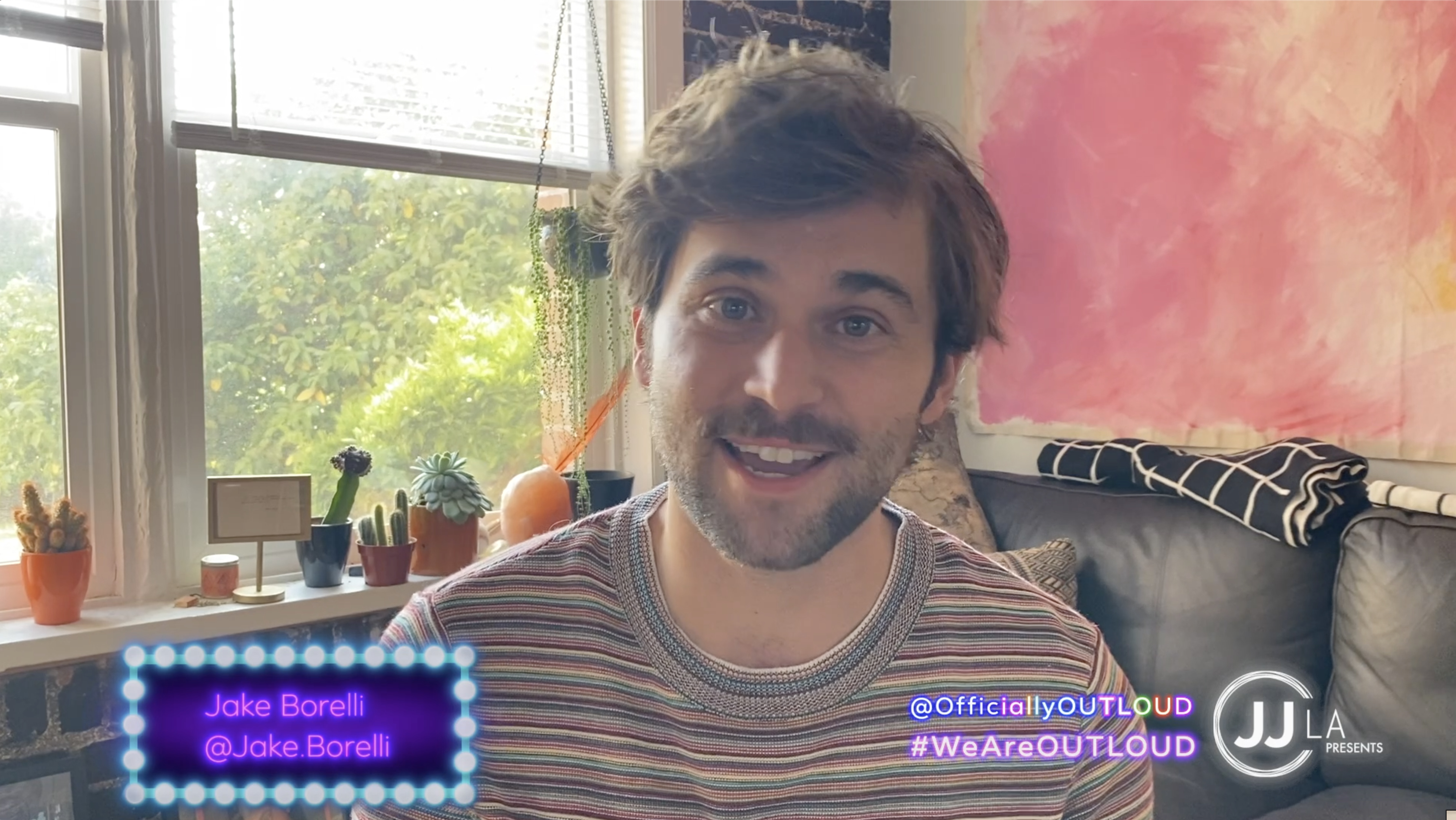 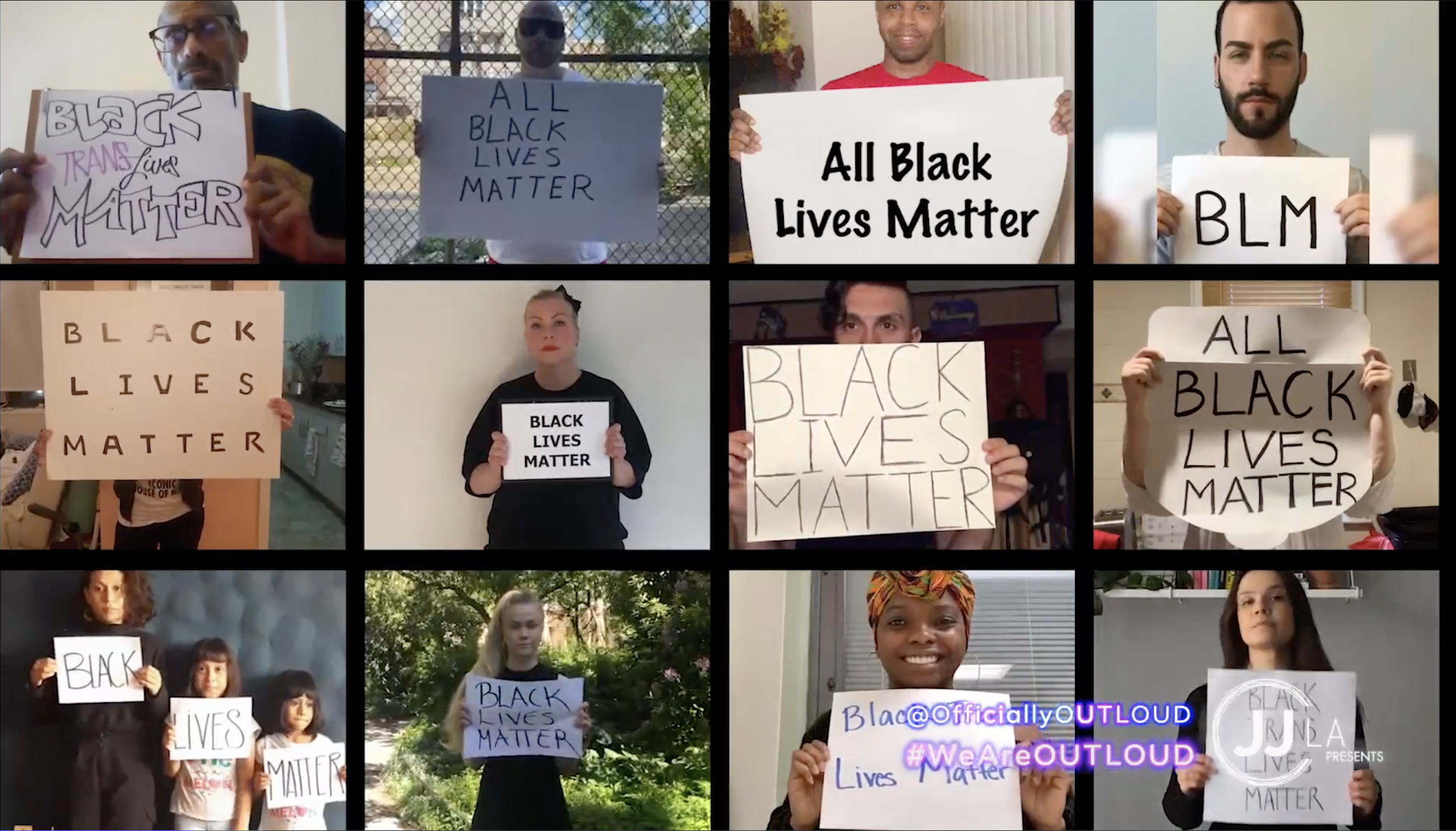 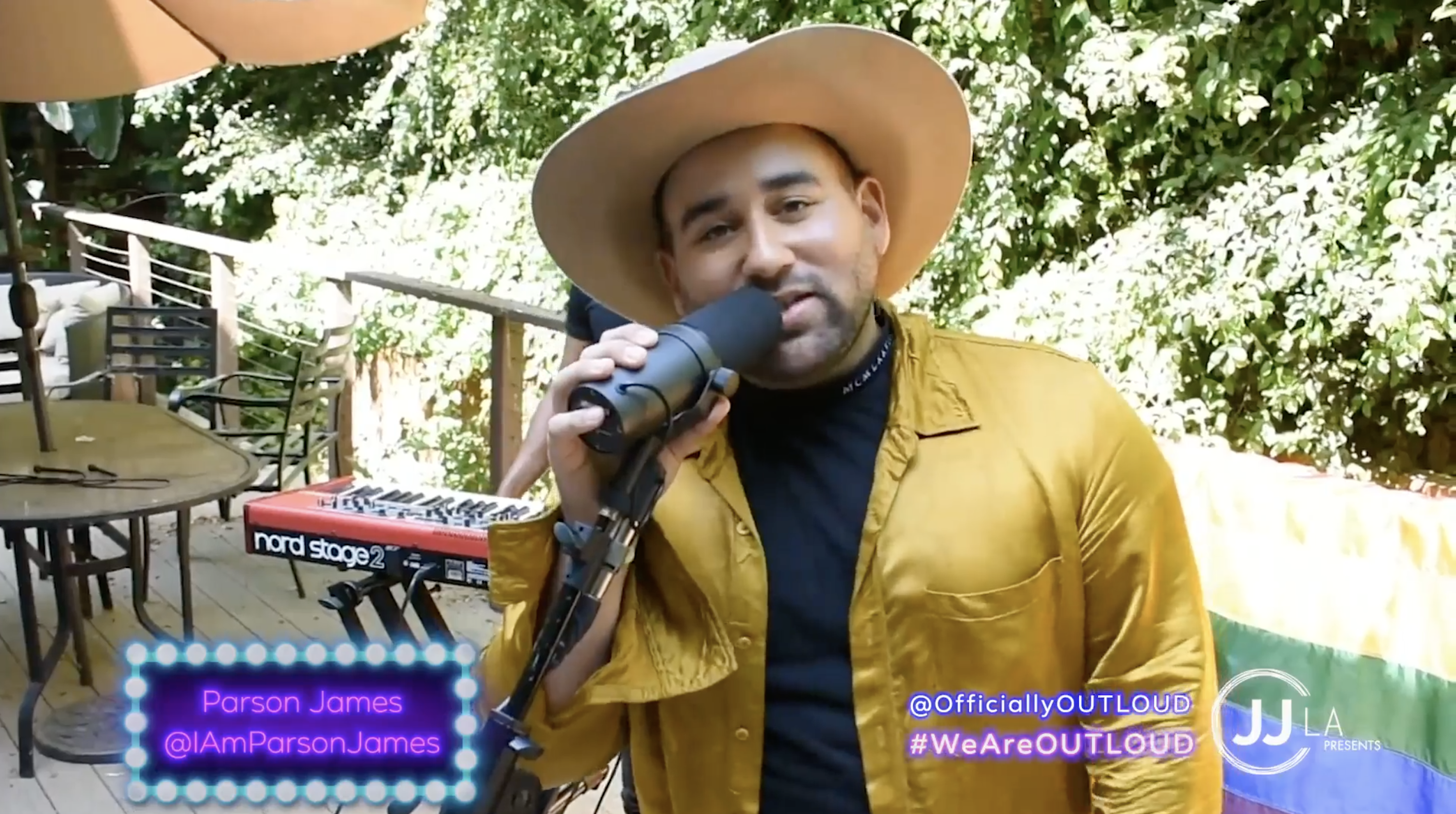 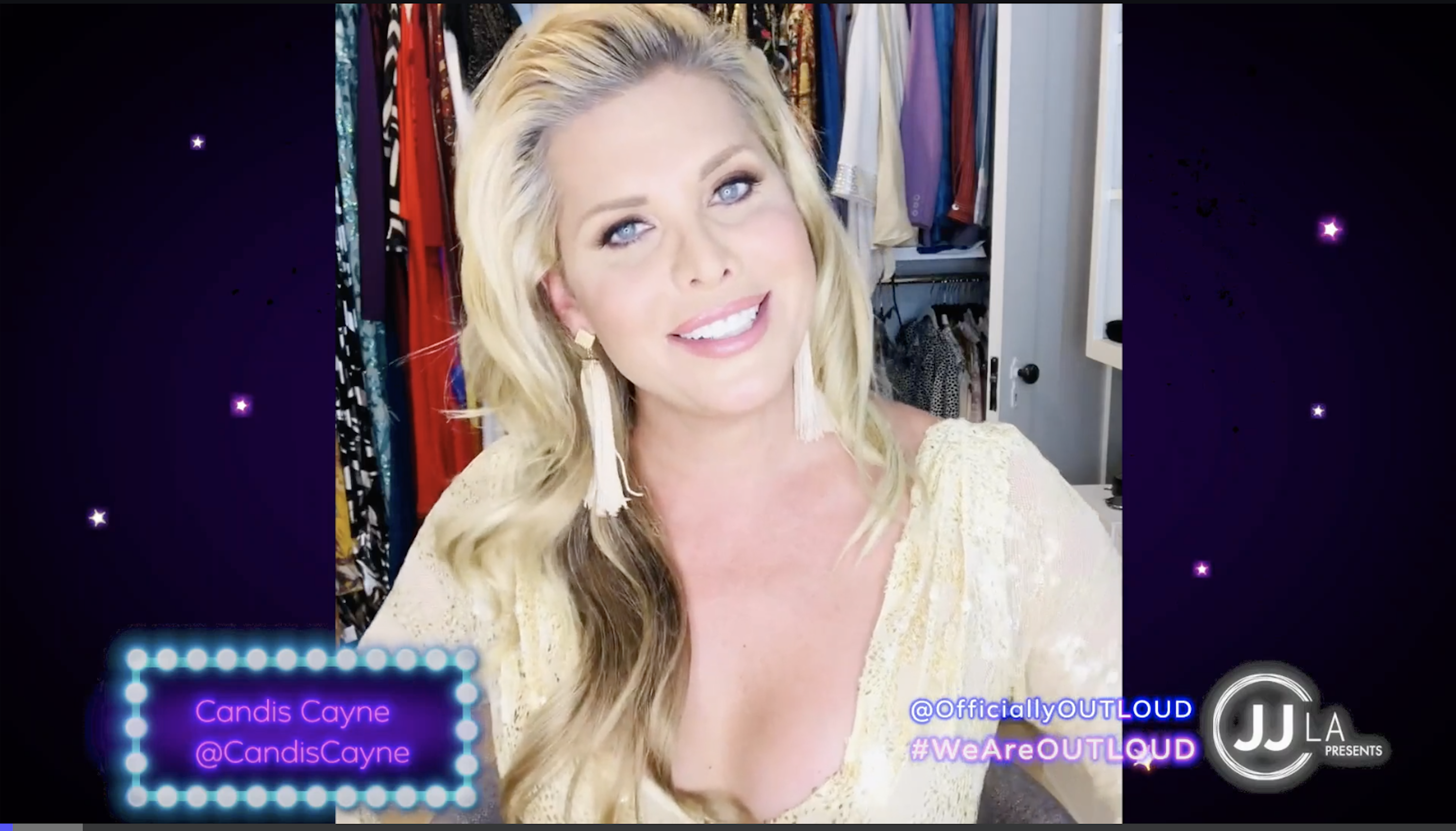 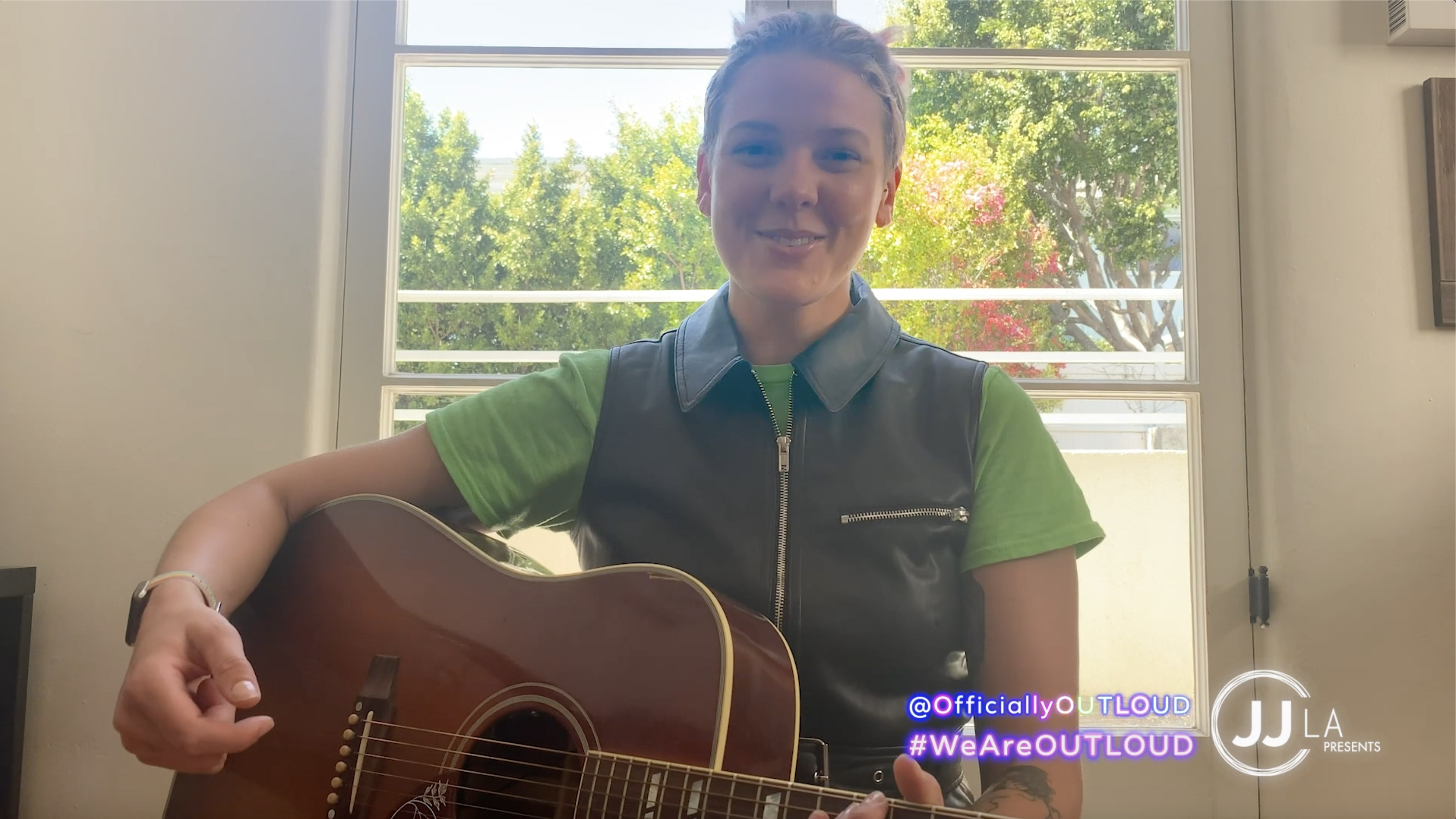 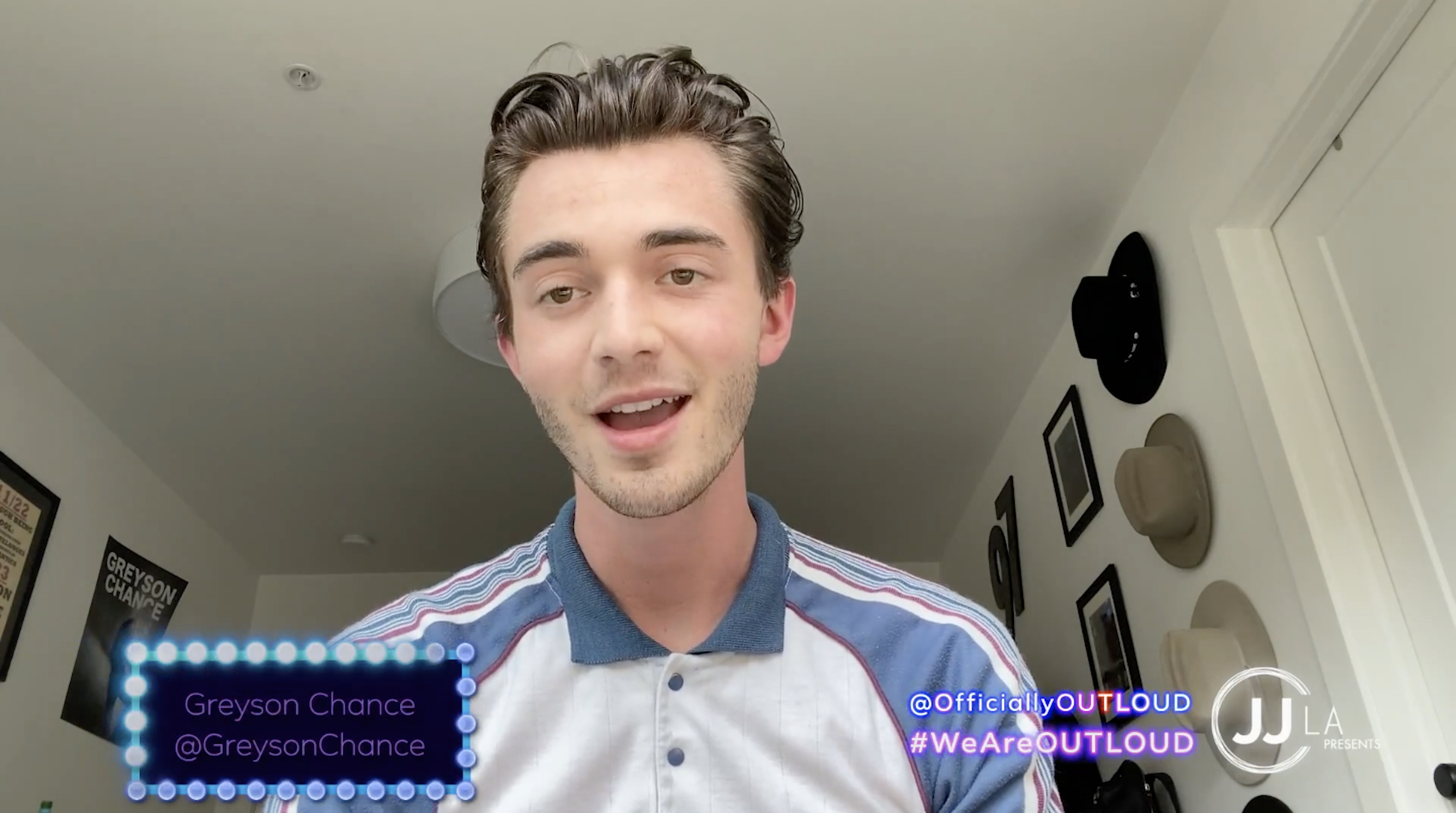 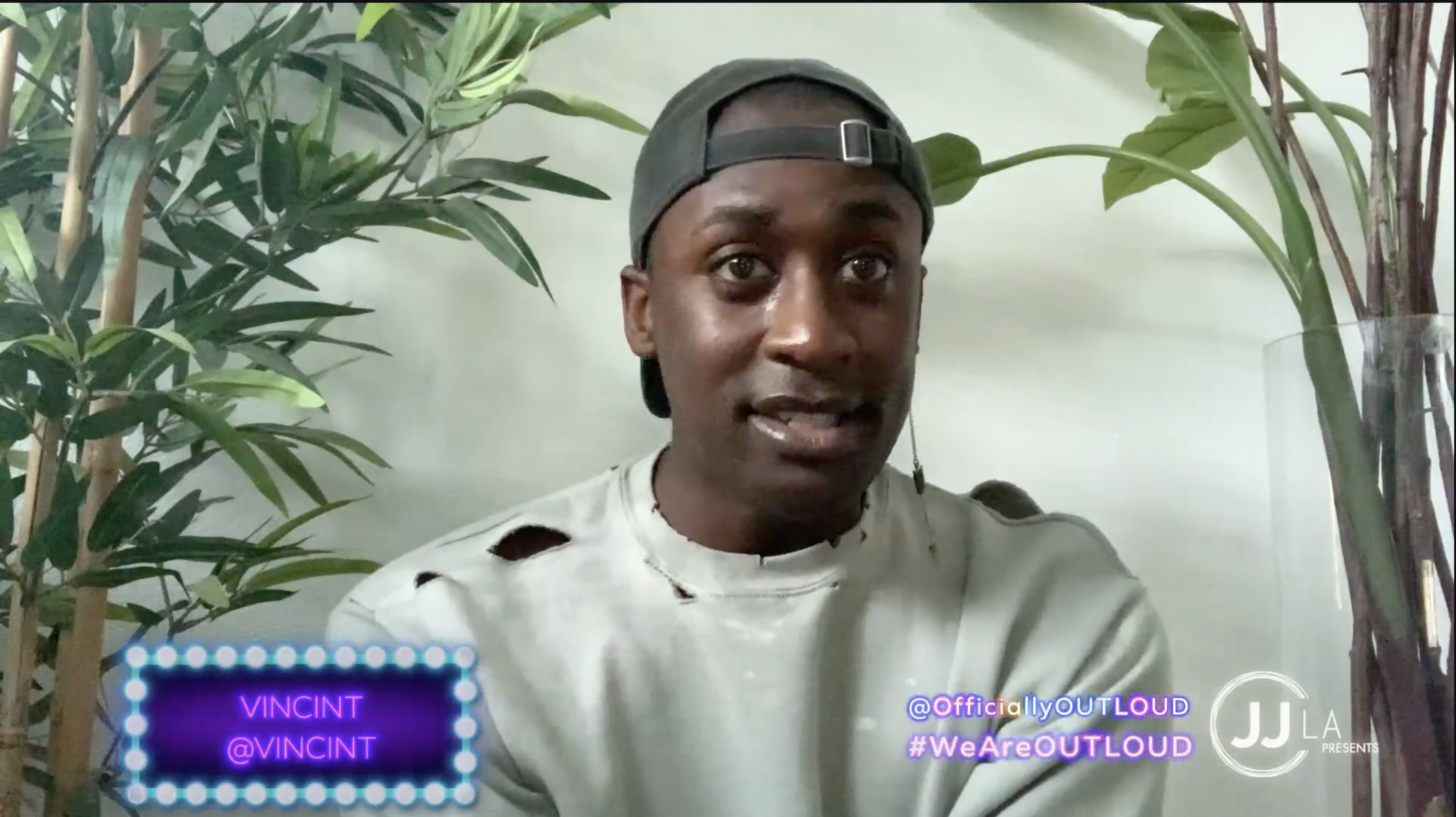 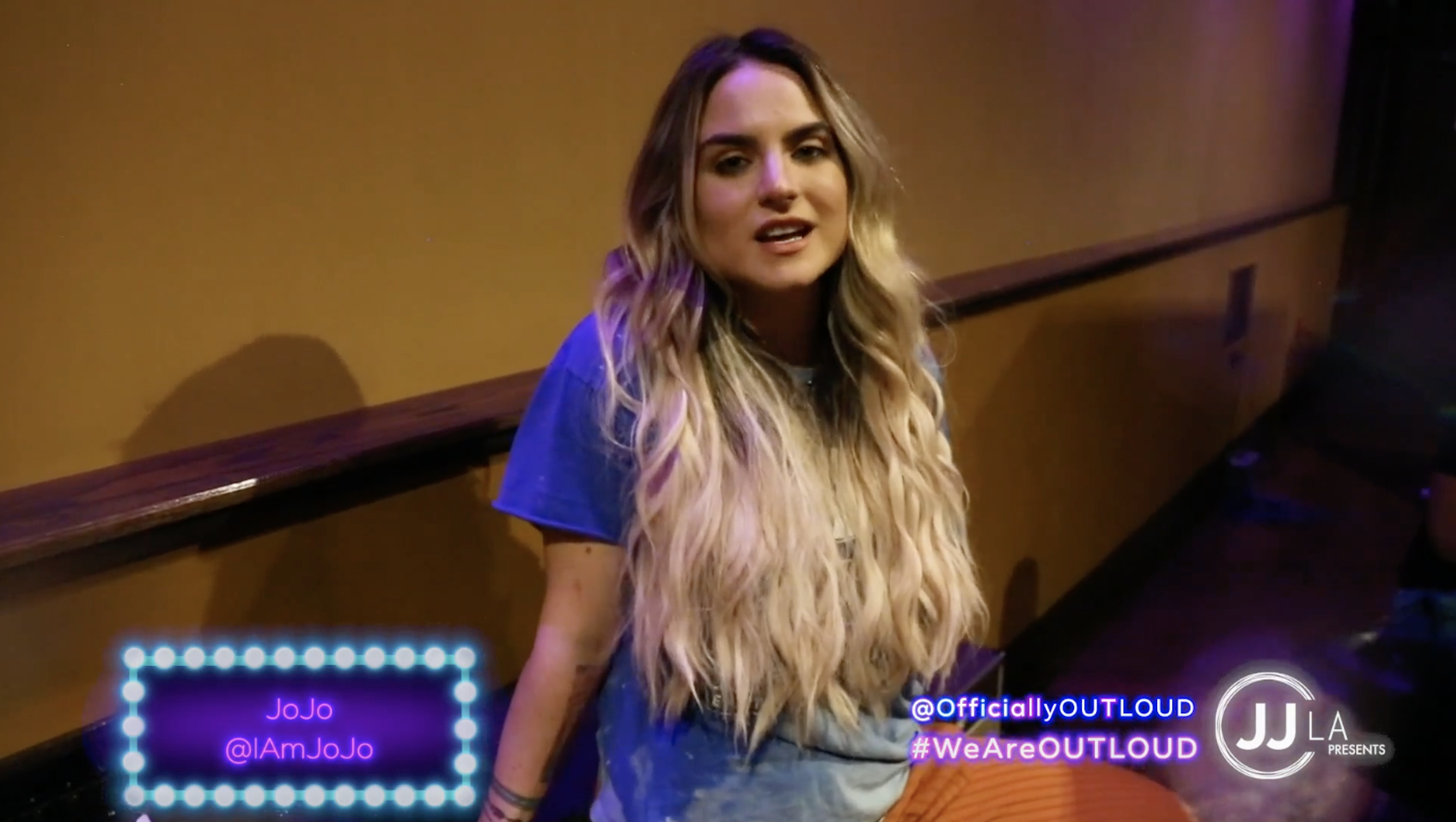 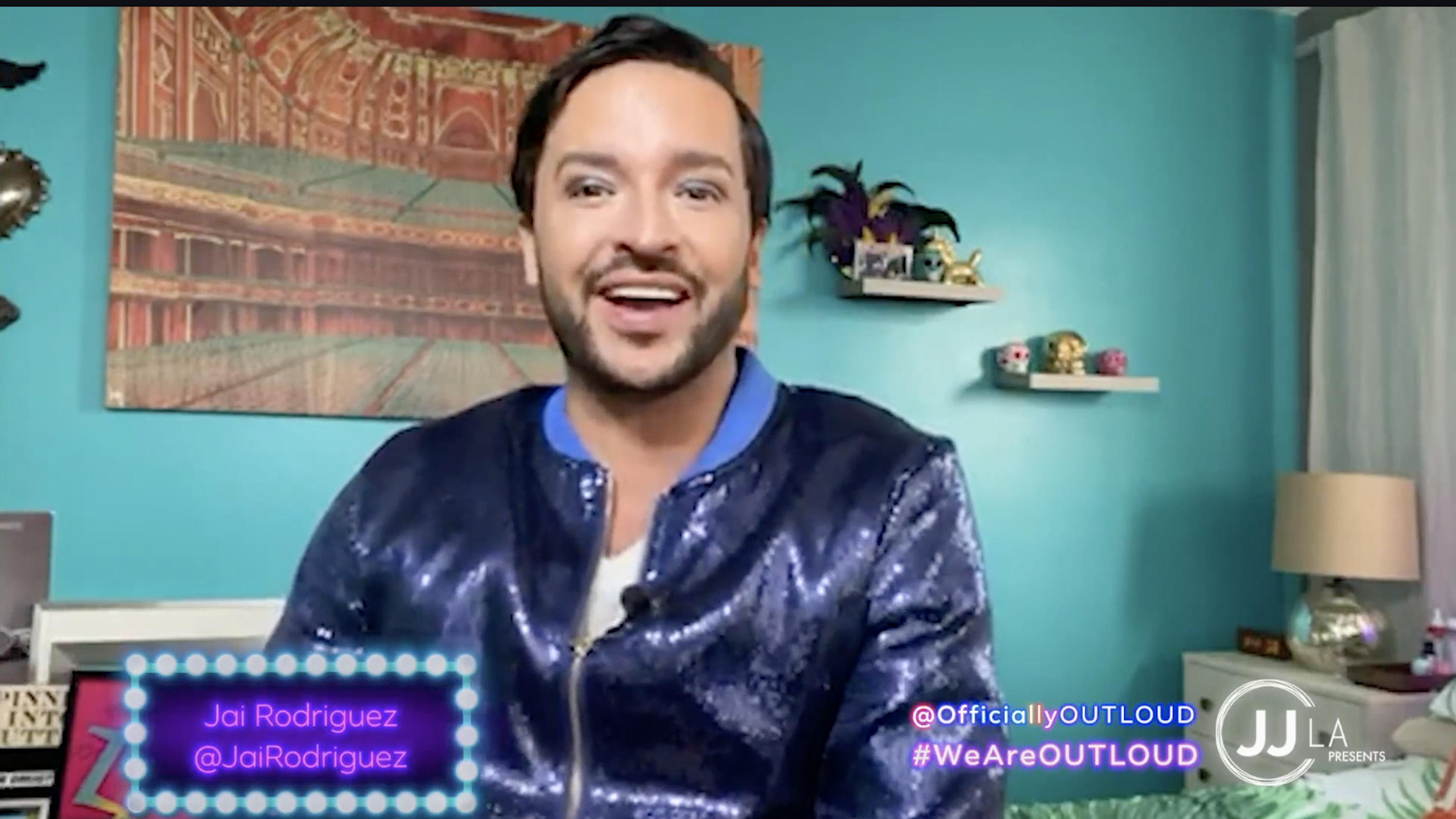 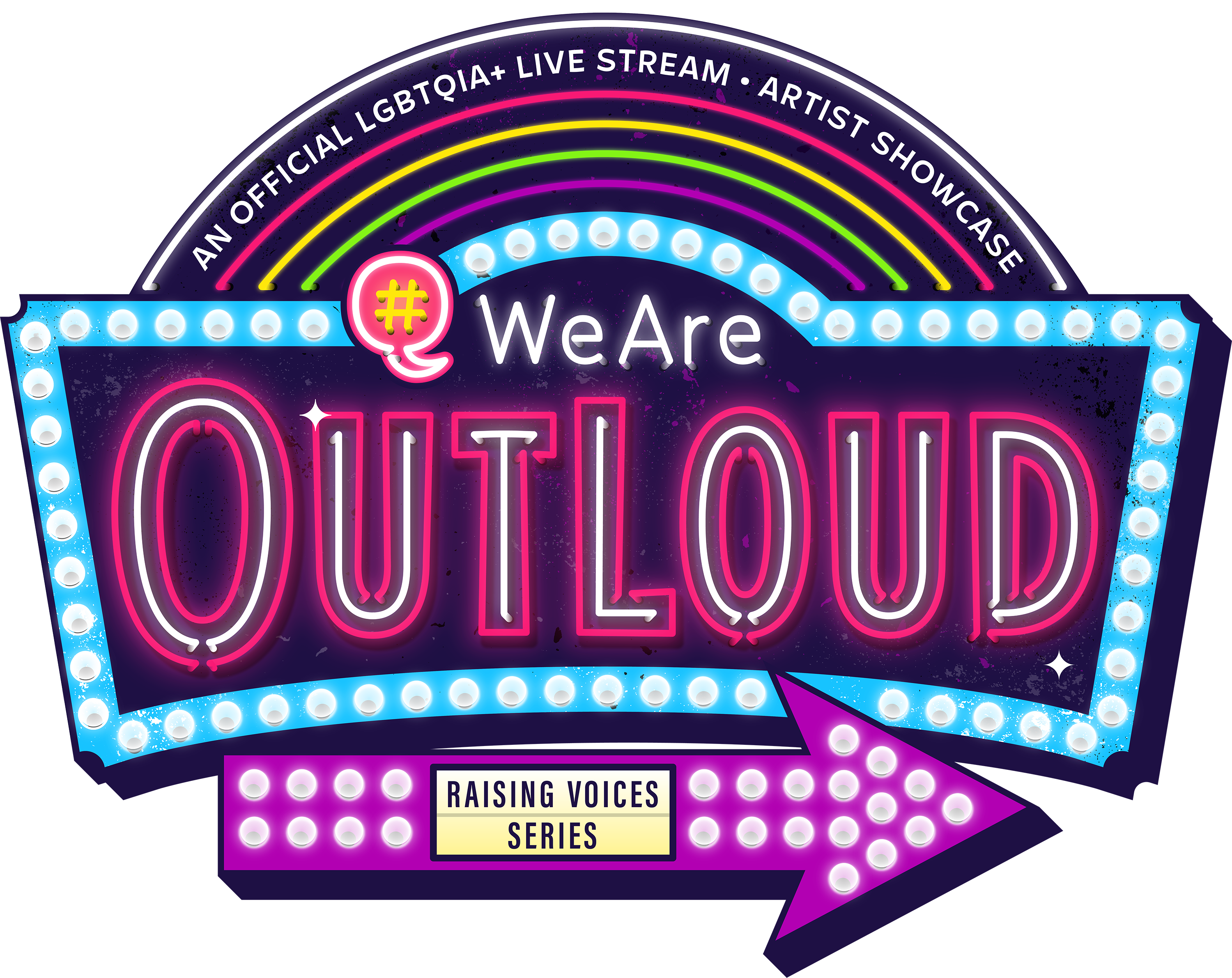