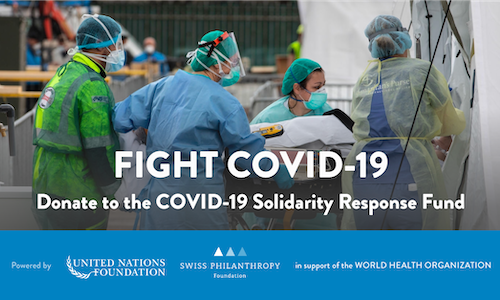 COVID-19 Solidarity Response Fund for WHO, powered by UN Foundation

Finalist in On a Shoestring, Emergency Relief, Real Time Response

COVID-19 showed us that diseases don’t respect borders; that humanity is only as strong as our weakest; and that we all depend on each other. The pandemic spread exponentially, and rapidly overwhelmed health systems, taking a huge toll on lives and livelihoods. So, when the World Health Organization (WHO) came to us in late February 2020 for help, we knew we had to move just as quickly.

The objective was to galvanize widespread support for WHO’s global response, including making sure people knew how to protect themselves and their loved ones, and raising resources to seed early coordinated worldwide efforts on emergency priorities like vaccine development, supply chain strengthening for vital equipment, and delivery of emergency relief supplies including PPE to frontline health workers. Faced with a fast-moving global emergency, the goals of the omni-channel campaign were to create and widely socialize accurate public health advice, drive fast donations, and position the UN Foundation at the heart of this unprecedented effort. We knew other organizations would undertake similar campaigns, but what set us apart was our long-standing and unique relationship with the United Nations and its agencies, including WHO, and the speed at which we were able to get resources where they were most needed. As the UN’s go-to strategic partner, we mobilize the ideas, people and resources the UN needs to drive global progress and tackle urgent problems. And as public relations professionals, we knew we needed to ensure audiences understood the UN Foundation was powering the campaign.

Entering a crowded fundraising marketplace during a global emergency, with almost no marketing budget, and no time, our strategy focused on three main pillars: stay fast and flexible on tactics; build and leverage diverse partnerships to maximize reach and engagement; and optimize channels - owned, earned and donated media - to achieve campaign objectives.

UN Foundation’s mission includes building constituencies of support across countries, communities and sectors. These relationships were critical for this emergency public health campaign.

With two weeks between greenlight and launch, we focused on owned channels first, designing a convenient donor website, with assets and a message that were simple, sticky, and compelling: everyone everywhere is at risk, and everyone everywhere can play their part. We secured matching campaigns from Facebook and Google totaling more than $15million, which helped ensure a strong launch story.

Leveraging our unique UN relationship, we secured WHO Director-General Dr. Tedros to launch our COVID-19 Solidarity Response Fund at his regular press briefing, which, due to the growing global health crisis, drew worldwide media. Focusing on global outlets and key news wires, we tapped our large network of reporters and press fellows, supplemented with extensive media outreach, to ensure widespread earned media at launch.

The sudden onset of the pandemic meant little spare budget for paid media or advertising, so we worked to secure millions of dollars’ worth of donated advertising space from, among others, Google, Facebook, NBC Universal, Vice Media, Bloomberg, Vox, Now This Media, and Amazon, and leveraged private sector relationships for both donations and customized corporate employee-matching programs.

In parallel, we engaged partners, including corporate donors, tech platforms, TV and film industry companies, influencers, and networks of engaged citizens, to create their own authentic activations for their own audiences in support of our Fund. We adapted our core ‘Solidarity’ message into the broader public health behavior frame of ‘Five Ways You Can Stop the Spread’ in line with campaign objectives, and because market insights suggested this broader frame would encourage more partners to join us.

From the Irish woman who did 8000 squats to raise money, to Snapchat creating a unique augmented reality donate filter, to Lady Gaga’s Together At Home music extravaganza, partners came from everywhere, powered by our messaging and brand assets. We informed their efforts, we benefited from them, but - critically - we did not control them.

Speed, flexibility, and simplicity kept our proposition fresh and authentic and achieved our goals of increasing public understanding, driving donations to WHO, and raising UNF brand awareness. Within six weeks, the Fund surpassed $200 million in donations from over 500,000 individuals around the world, and over 150 global companies. The Fund is now the biggest single contributor to WHO’s response efforts. Fund resources have helped WHO deliver hundreds of millions of pieces of personal protective equipment, start vaccine trials in over 100 countries, coordinate global equipment supply chains, produce training tools for health workers in 29 languages, develop contact-tracing programs, and initiatives to combat misinformation.

Earned media reach alone is in the hundreds of millions of people, with billions seeing our content and messaging thanks to donated ad space from tech and media platforms. This has ensured incredibly wide dissemination of critical public health messaging. We also brokered some two dozen partnerships with top influencers and talent including Rita Ora, Queen, Adam Lambert, Minions, and more, with an estimated collective reach of 1.3 billion people, bringing us millions of dollars’ worth of free marketing.

In three months, we recorded 5.7 million visitors from over 190 countries and territories to our bespoke donation platform covid19responsefund.org. Of this, 4.5 million came from social media, including those with which we had partnerships. Our social media content around the fund showed exponentially above-average engagement rates, with top ranges between 2% and 7%, compared with industry benchmarks of 0.05 to 0.13%. 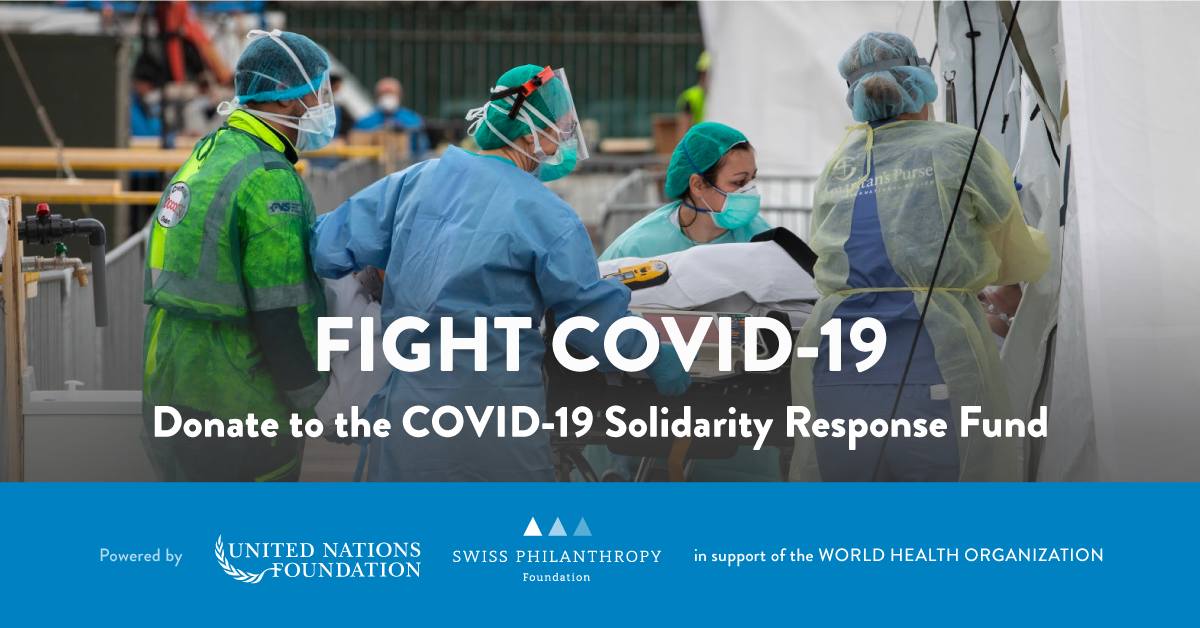 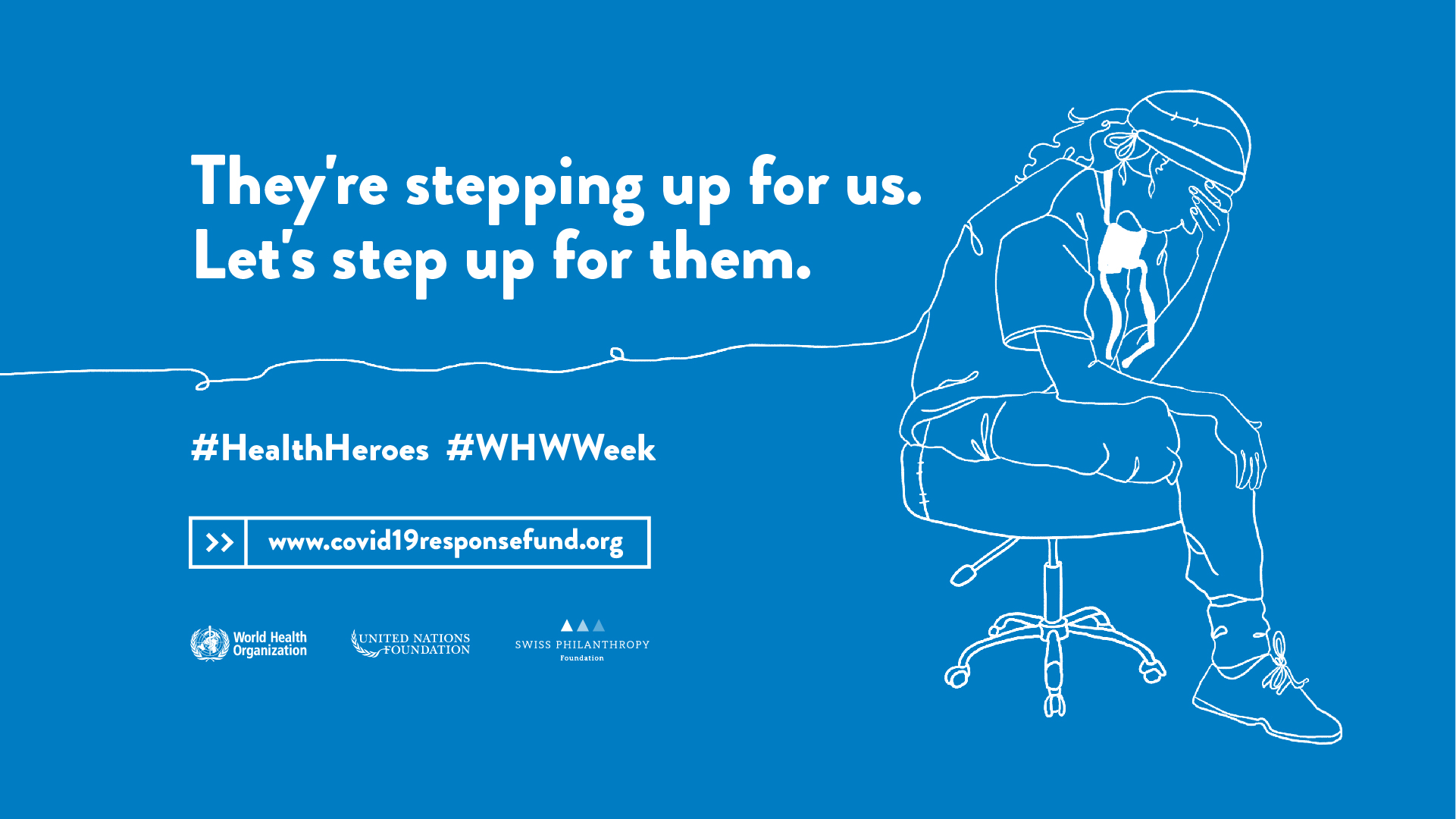 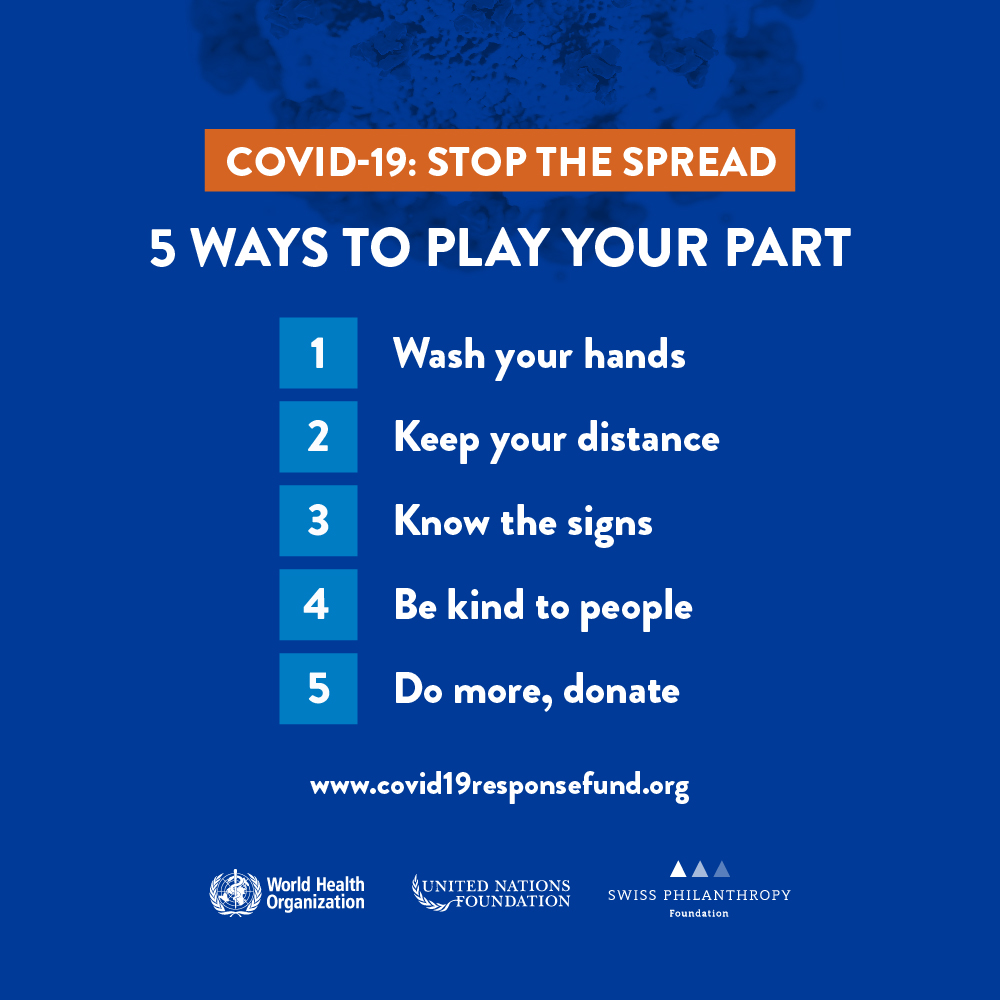 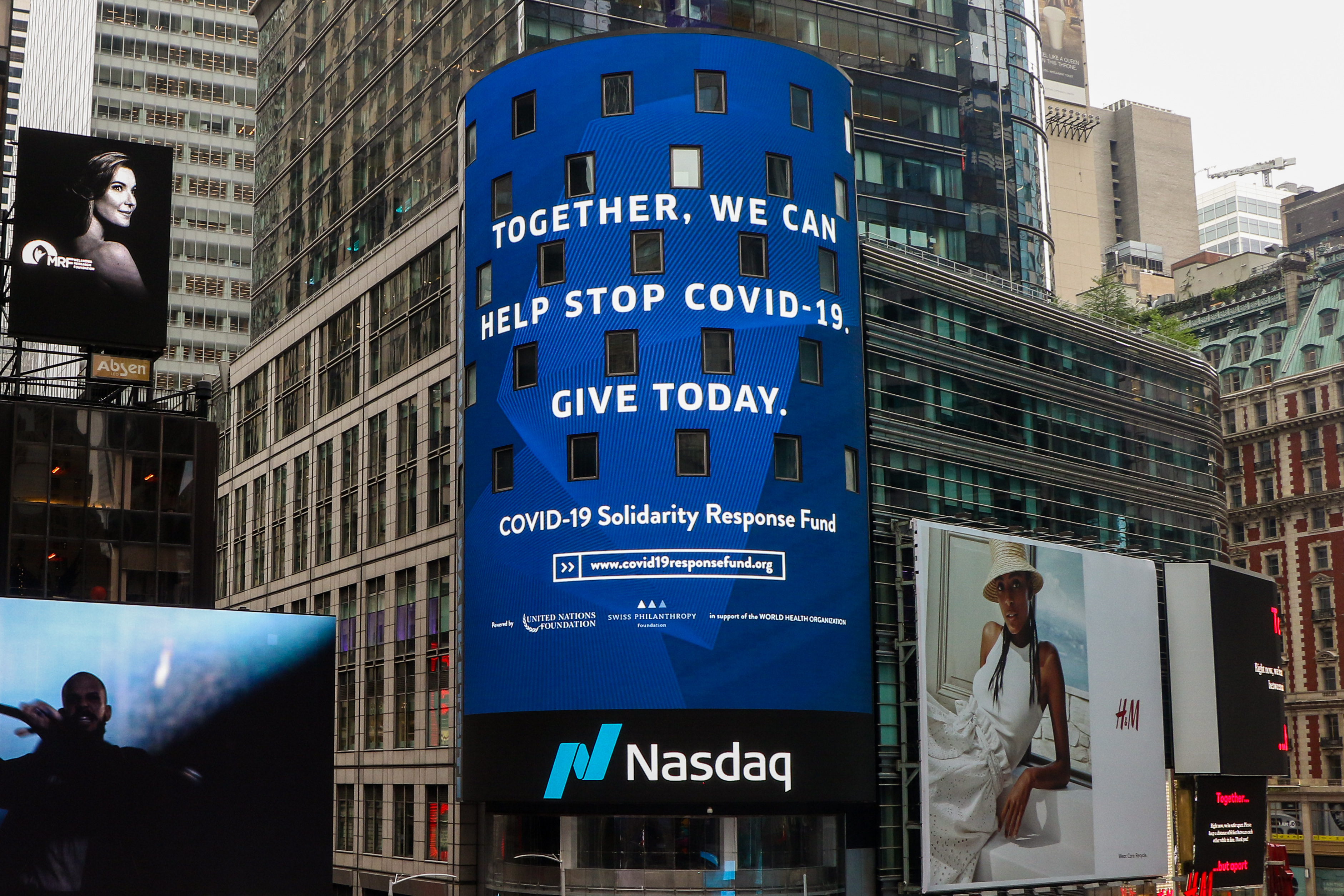