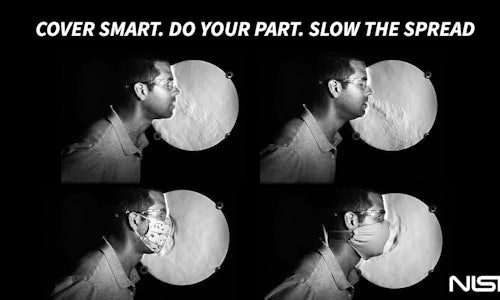 Cover smart. Do your part. Slow the spread.

In May 2020, three months into the COVID-19 pandemic, there was confusion and a need for clear information about the effectiveness of cloth face coverings. States and local jurisdictions began mandating the wearing of masks, but many people were not convinced that face coverings were important.

One NIST scientist, Matt Staymates, spoke up. He realized he could use a scientific method called schlieren imaging to demonstrate how cloth face coverings change air flow (and respiratory droplets carried with it) that can infect others with COVID19. NIST’s Public Affairs Office used that imaging for a pubic service video about the efficacy of different types of face coverings.

The goal was to use social media platforms to clearly show – rather than tell – why face coverings are effective, helping to inform communities and individuals.

We first published the video as a part of a blog post on the NIST website that explained how the shlieren imaging was done. Then we linked to the video from all our social media accounts including Twitter, LinkedIn, Facebook, YouTube, Instagram and reddit. After posting the content, we reached out to other government agencies and our many NIST news subscribers to help amplify the message. It was important to us that as many trusted/official sources as possible be encouraged to share this message. The video and Matt’s expertise also were pitched to traditional news and media platforms. The video topic was important enough that we spent time and resources to translate the narration into Spanish to ensure a larger population would see and benefit from its message. This led to Spanish language news media also sharing it. We also did a Q&A with Matt on Instagram so users could ask him any questions about the imaging and results.

To provide depth for the topic, the blog post also included a time-lapse video of Matt setting up the imaging equipment in the basement of his home. Some people may consider the topic to be controversial, but we wanted to show that for NIST this was just another day at the research “home office,” using science to provide answers to the nation’s questions and needs.

We also captured still images from the video for use by individuals who requested them, including a publisher of more than 60 U.S. healthcare publications and an individual from a Veterans Administration (VA) Medical Center.

Video for Cover smart. Do your part. Slow the spread. 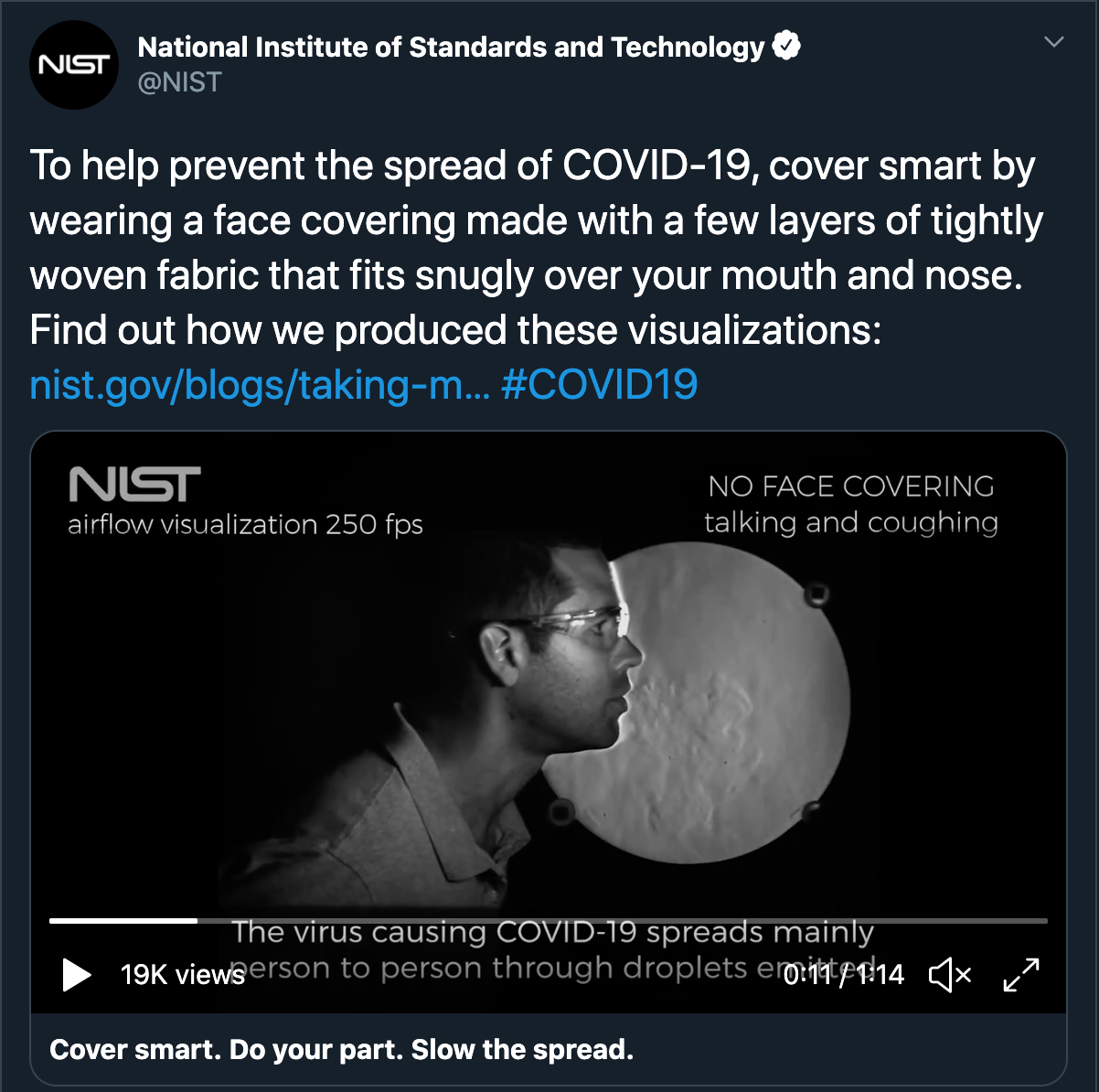 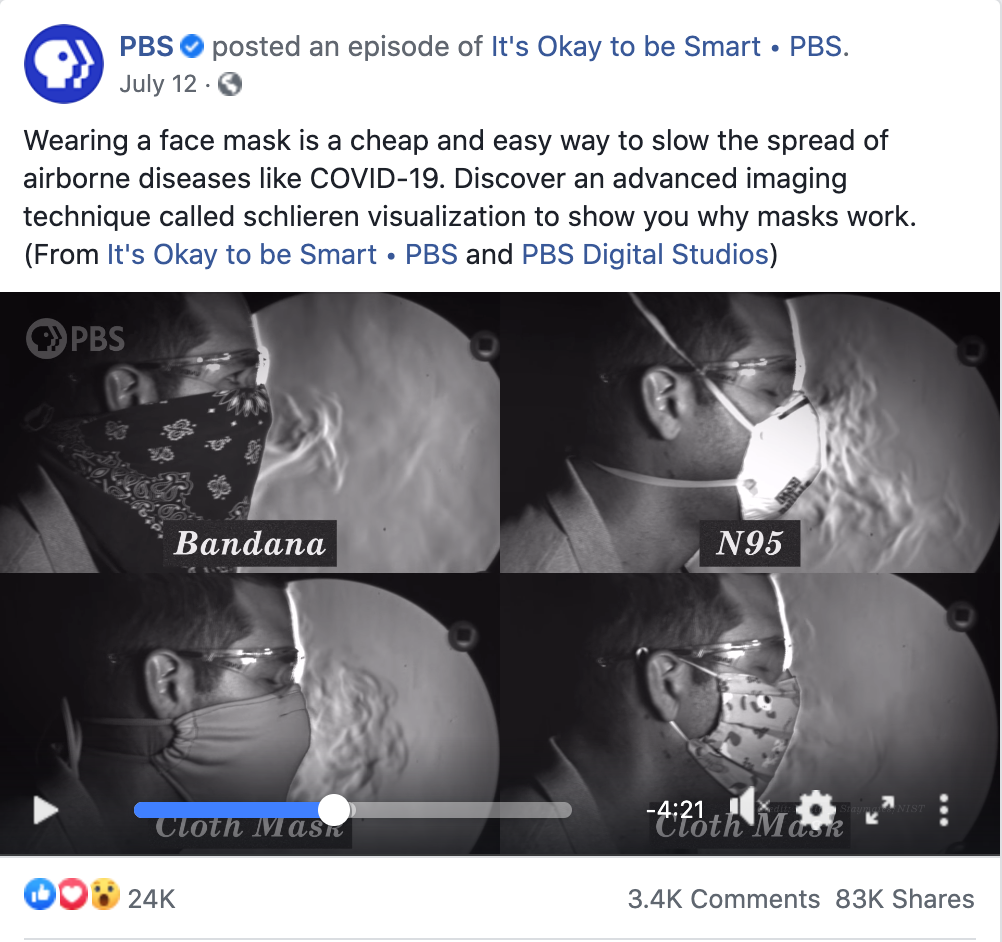 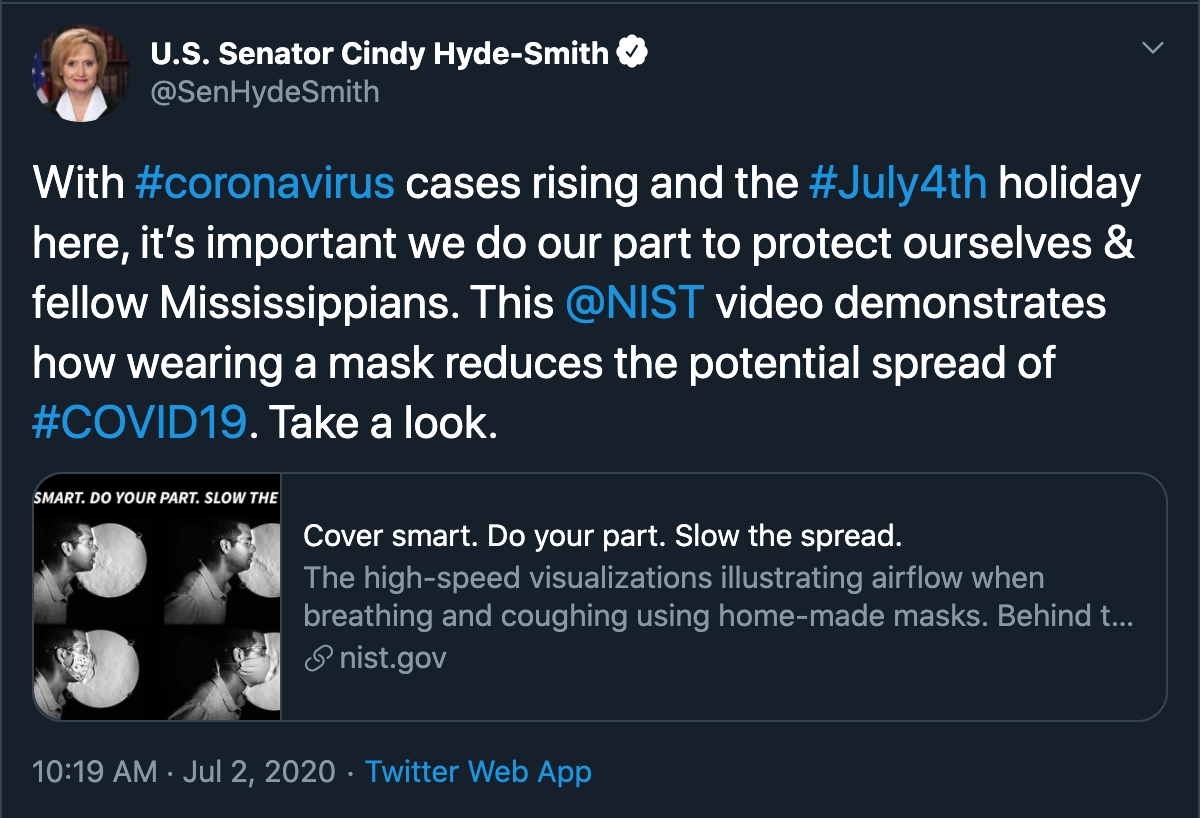 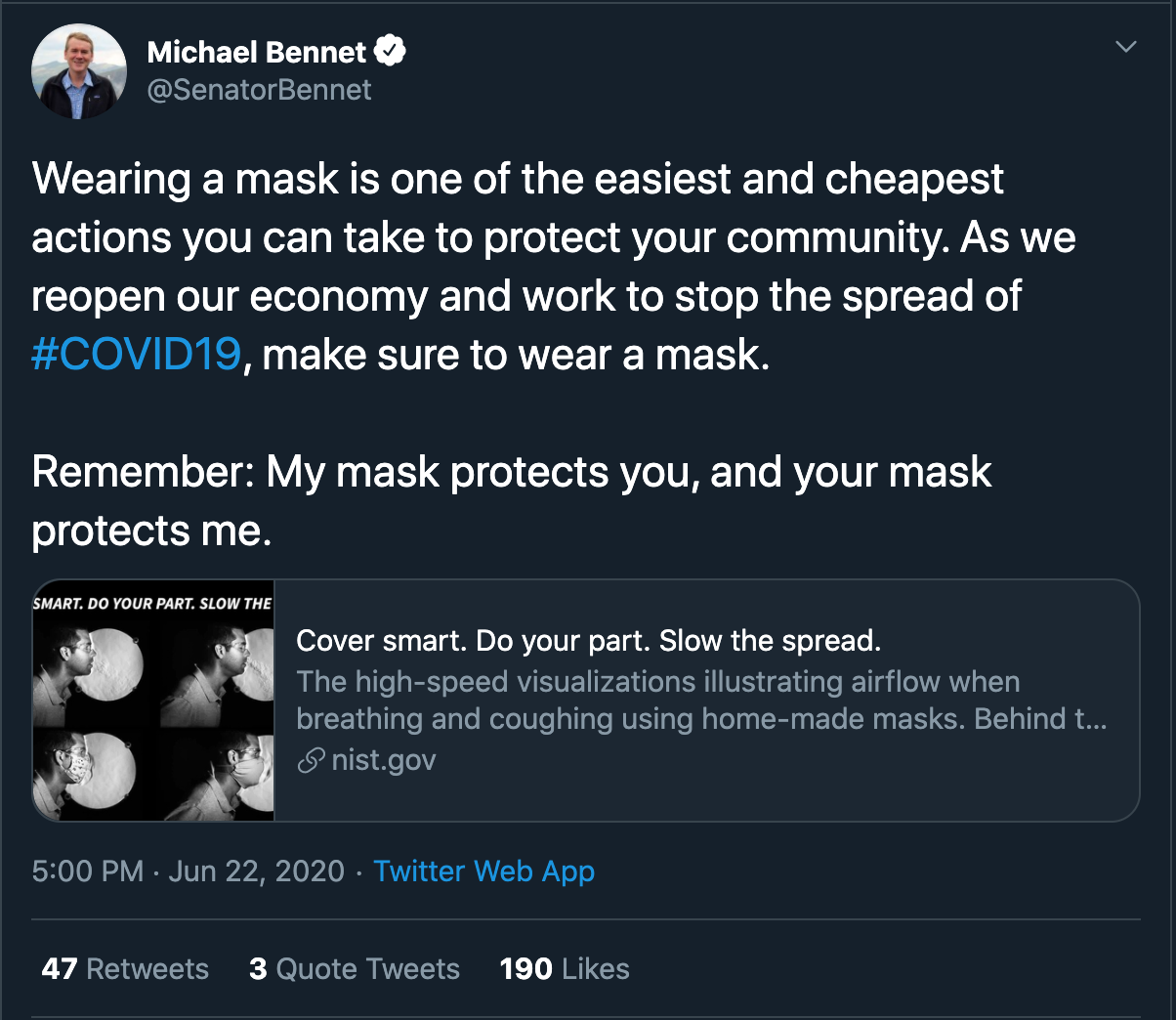 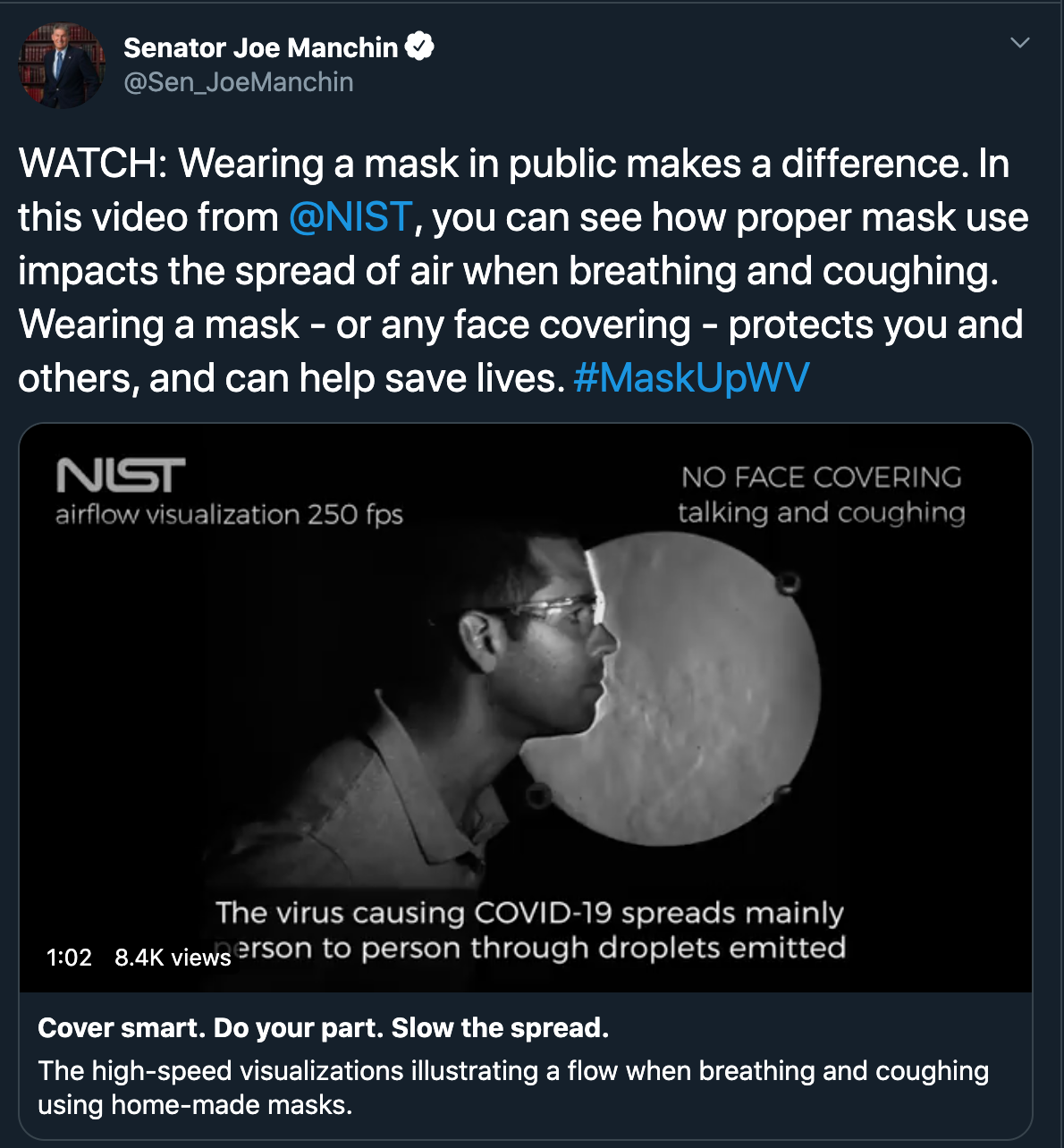 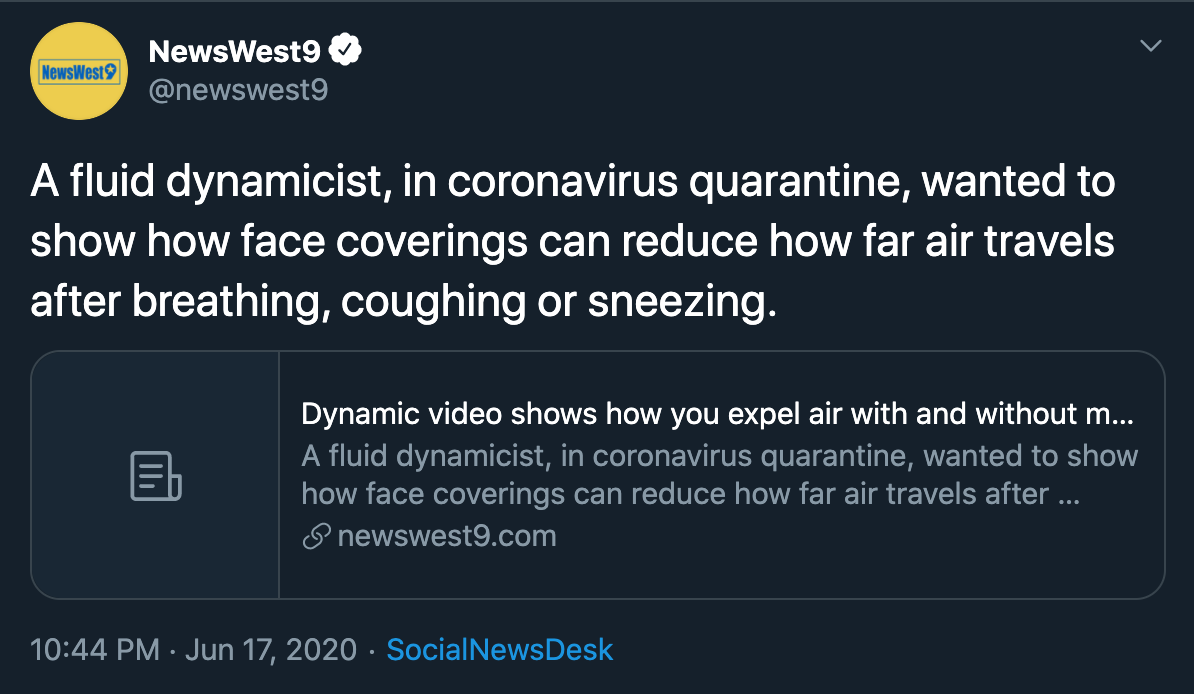 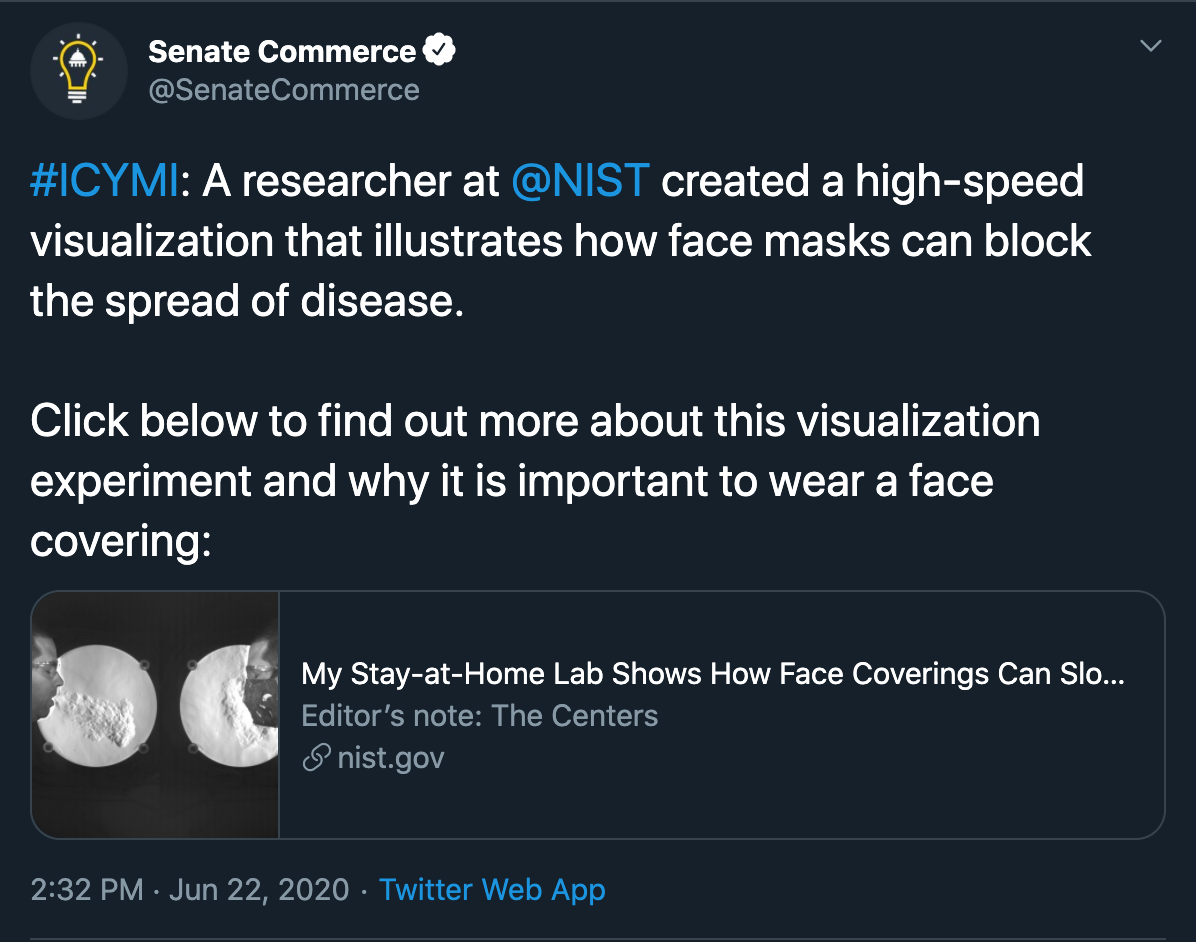 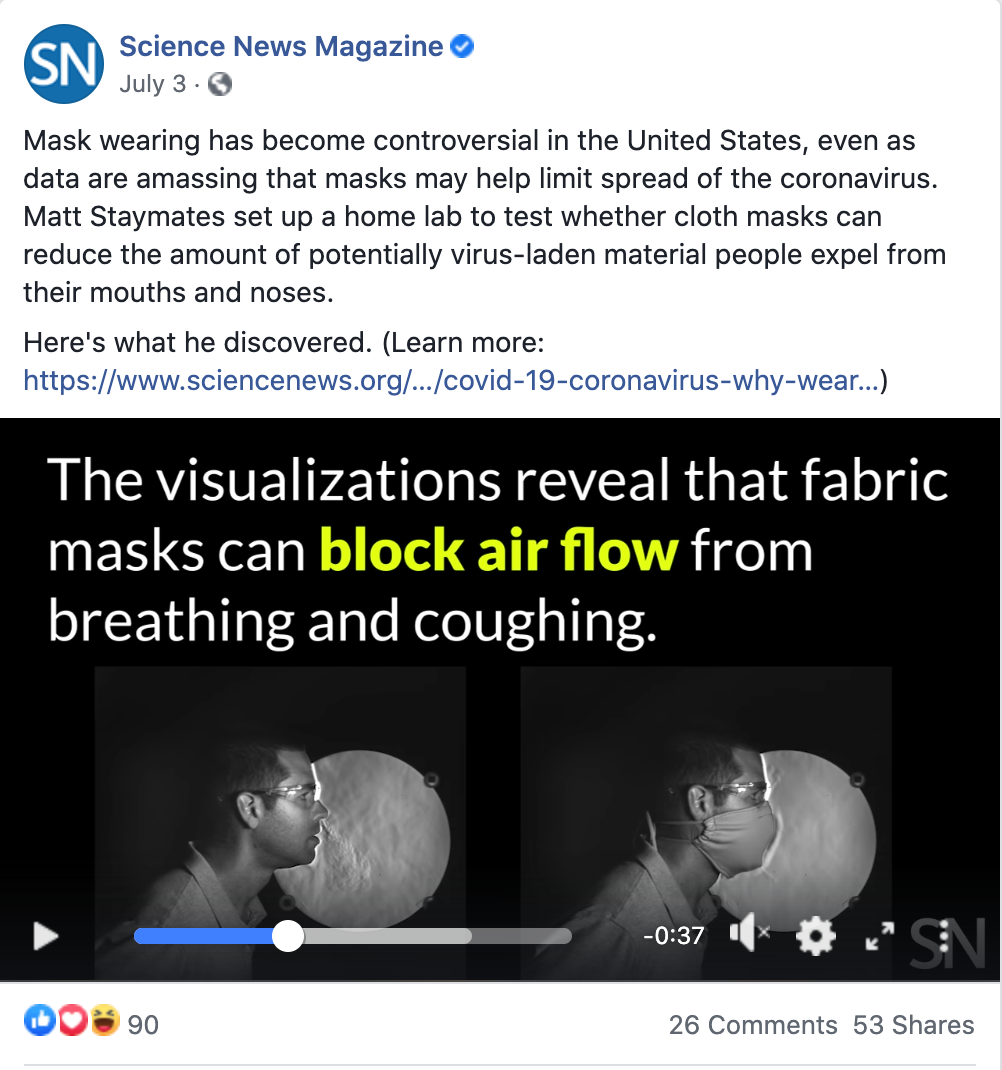 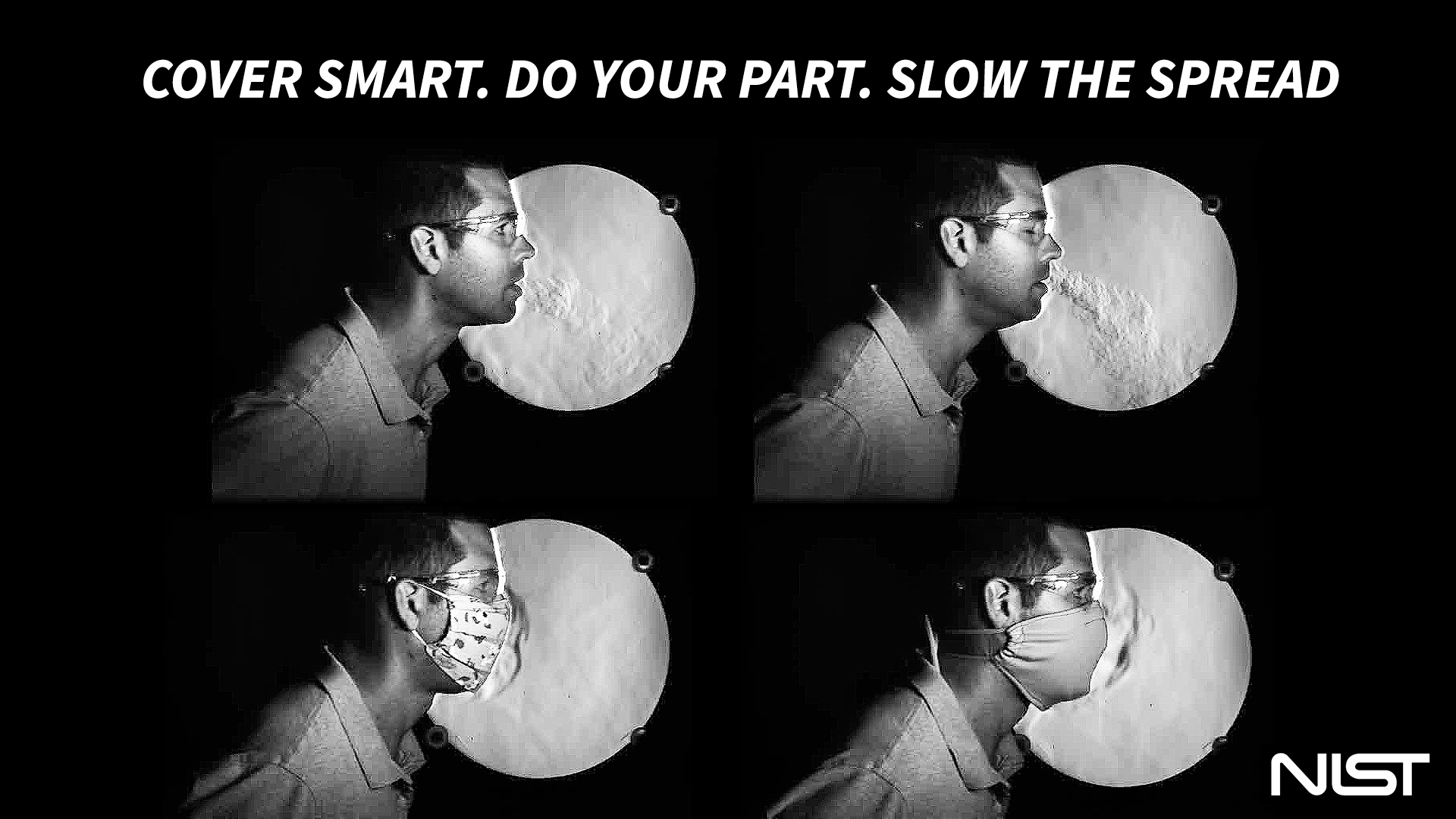 National Institute of Standards and Technology