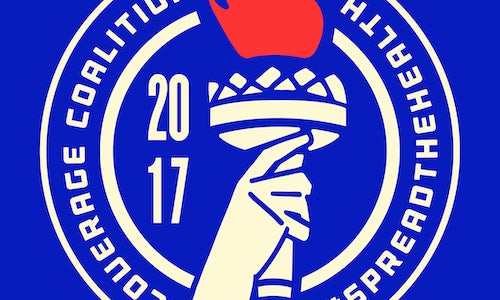 Millions of people benefited from The Affordable Care Act. Especially those who were most in need and previously lived without health care. Those living in poverty and suffering from life-threatening illnesses, chronic illnesses, rare diseaeses. disabilities and preexisting conditions finally had coverage options.

Advertising played a crucial role in informing people that they could now get coverage. But, in 2017, the Advertising Budget for the ACA was cut by 90% and the enrollment period was cut in half.

No brand or nonprofit issued a request or a brief. This was a pure, proactive cause driven by the belief that creativity has power.

Enter: The Coverage Coalition. The non-partisan consortium of advertising and media agencies who wanted to make up the difference they best way they knew how -- by creating ads.

We set out to make up for the 90% budget cut to advertising for the Affordable Health Care Act by creating the Coverage Coalition: a grassroots collective of creative and media thinkers, insurance consultants and concerned citizens from across the country who united to get the word out about ACA and ensure that Americans knew their health care options.

The people who are in the greatest need are also incredibly difficult to target. These are people who are the sickest, the poorest and the least educated—the vast majority being immigrants and minorities living in historically disenfranchised and politically overlooked communities. Not only is media targeting difficult, but messages would need to feel tailored and personalized.

Time was of the essence. If people missed the deadline to sign up for health care, they would miss getting coverage. It would not be unfair to say that raising awareness and driving action was potentially a life-or-death issue.

We had no budget. No one briefed this project. We needed a steady stream of content throughout the enrollment period to ensure the messaging was fresh and motivating.

We needed people to sign up. Advertising that changed perception would not be enough. We needed to change behavior.

We analyzed the ACA data for last year's open enrollment period, at a state and county level. Over 12 million people signed up for healthcare in only 10 states, which accounted for 66% of enrollments; yet these states had budgets cut by 39%.

We identified areas most in need -- in terms of uninsured rates, funding cuts and demographic groups in need of assistance. We isolated areas where the funding of navigators was depleted. We looked at areas that would be hardest hit by an ACA repeal. We identified 40+ key cities, counties and metro regions and used data from Facebook to learn more about our targets to reach them them at the right time with the right message.

We created the Coverage Coalition Hub: an open brief with all the information needed for agencies, designers, content creators and concerned citizens to make and post their own calls to sign up.

It quickly turned into a national effort. Over ten of the world's top advertising and media agencies donated their time, resources and $110K to support paid social media.

As the deadline approached, we designed assets with higher urgency and countdowns.

We overcame geographic, language and socioeconomic barriers. We designed posts in Spanish, Mandarin and Cantonese. When the ACA website was shut down, we developed a messenger bot on Facebook to answer critical questions about eligibility and sign-up.

With zero paid media, the Coverage Coalition reached over 100 million people in the six week campaign period. But the good news didn't stop there. In the first week, enrollments were up 179% over 2016. The second week, enrollment was up 60%.

We received over $350,000 in donated media. In an overly competitive industry of advertising, we were able to join together to help millions of people get the information they needed to sign up for affordable healthcare.

Even with a 90% budget cut, half the time and no budget, we were able to join an effort to make difference in getting Americans affordable health insurance. 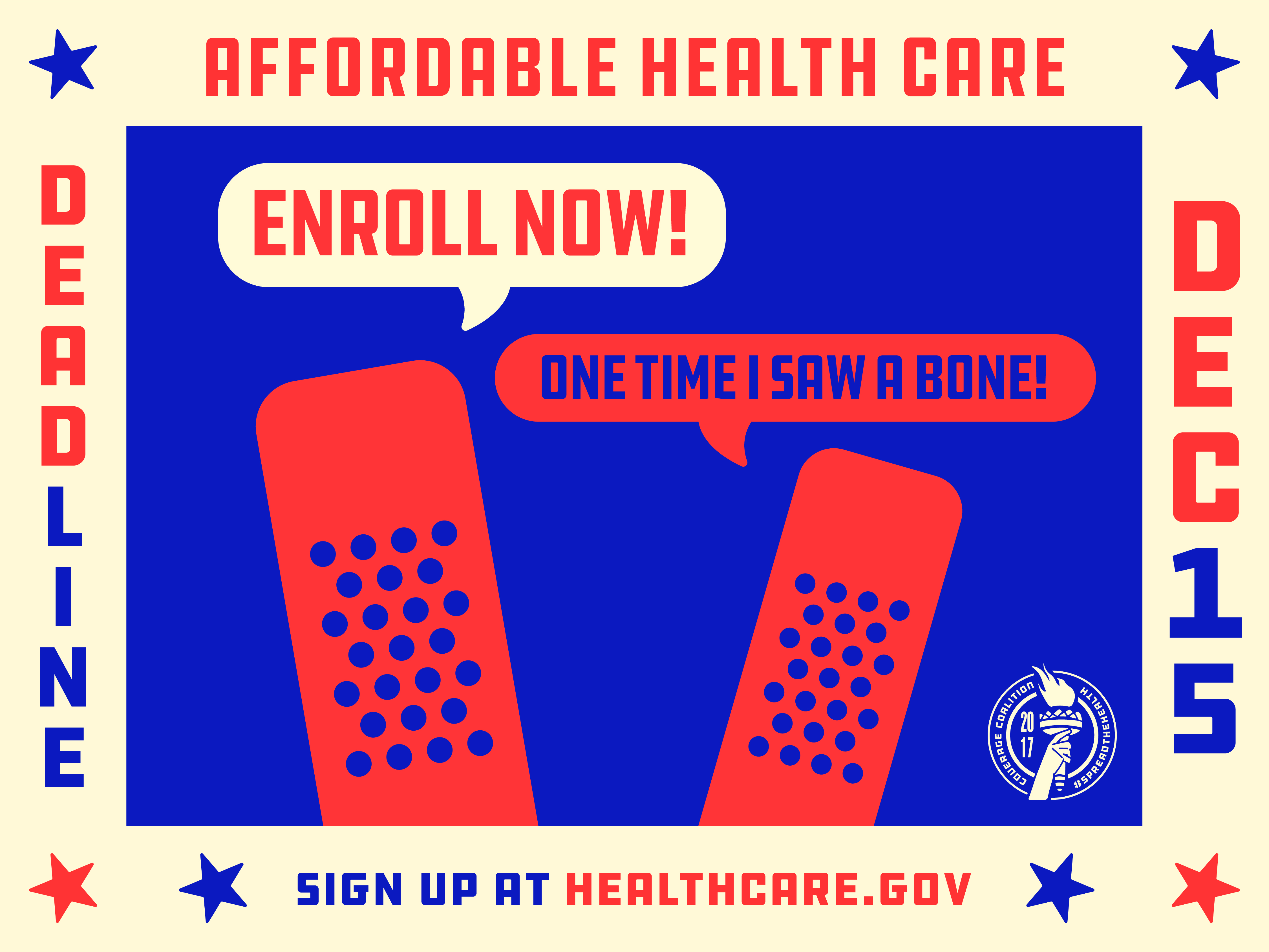 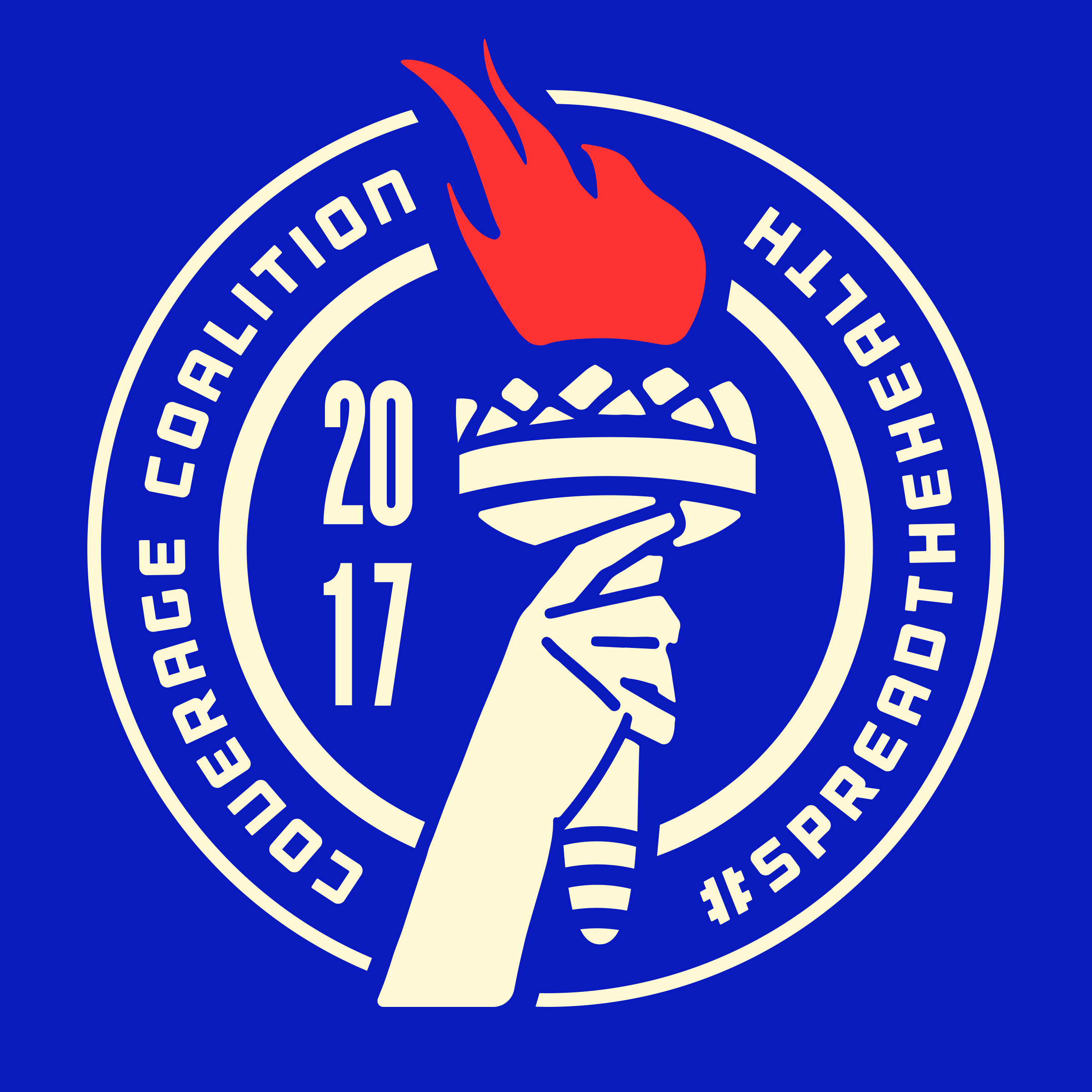 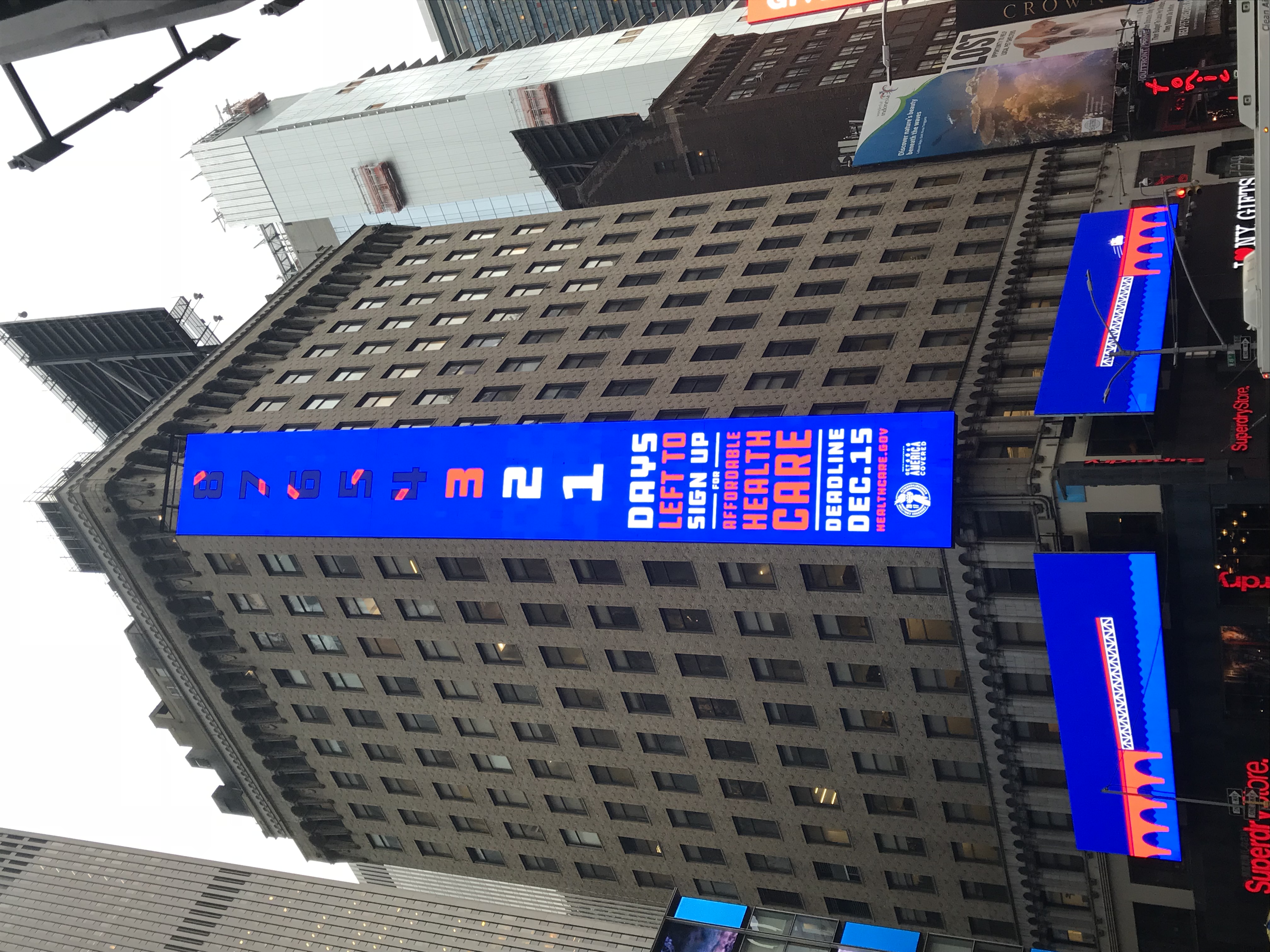 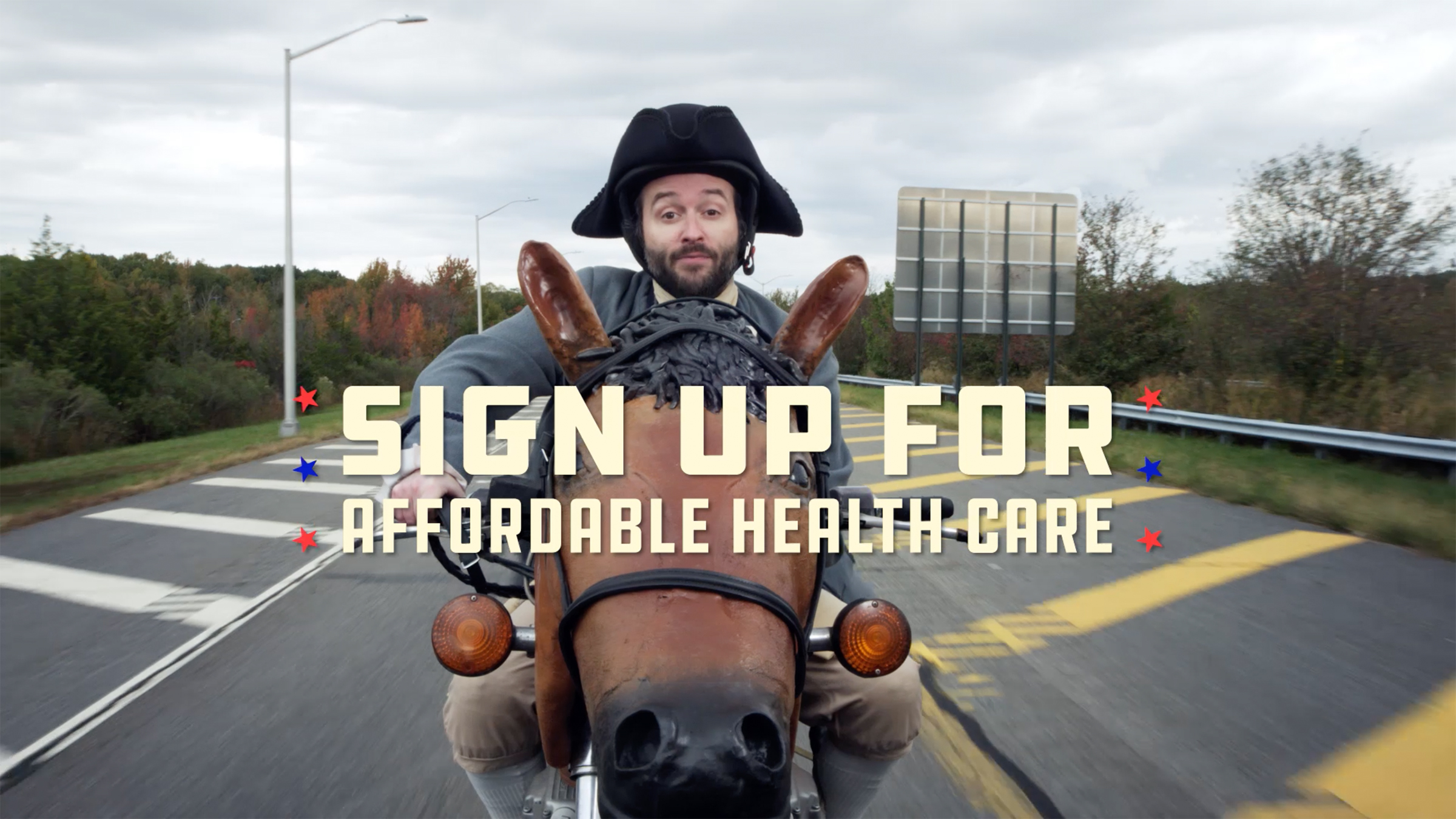