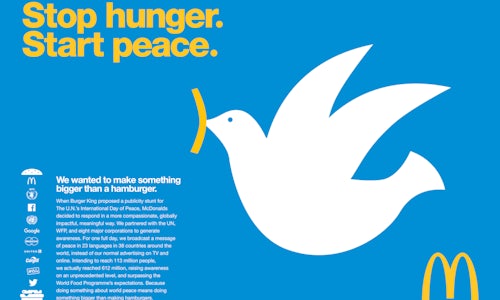 Amidst a humanitarian crisis that has created the most refugees since WWII, "Stop Hunger. Start Peace." brought together a dozen companies across industries on Peace Day to highlight the vital role of food assistance in creating a more peaceful world. The project benefited the World Food Programme and consisted of a TV ad in 38 countries and social media activation by participating companies.

We wanted to do something bigger than make just a hamburger with another burger brand in one U.S. location; we wanted to make a global difference instead.

The idea at the core of the initiative was to highlight a real problem — the refugee crisis, their plight and basic human need for food. We brought this to life through transformative illustration, design and animation to be used across PR, advertising, social media and press.

The effort was to be completely branded for the cause, the WFP, and completely unbranded by those creating it: McDonald's.

Based on McDonald's scale and connections, the goal was to reach as many households as possible. Given the size of the issue and target audience, we initially identified the ability to simultaneously activate in 25 countries, running the campaign across all mediums, aiming for a potential reach of 113MM.

The approach was to create and design highly distinctive assets that could be distributed across paid and owned platforms for the WFP, McDonald's and through a recruited partnership network that included Cargill, DreamWorks Animation, Facebook, Google, MasterCard, McCain Foods, Twitter, and United Airlines. We also wanted to create an unmissable scale that resulted in the broadest possible press attention — Refocusing and bolstering existing brand market media spends to focus on the WFP message.

* Burger King even decided to help push our message on the day.

Positive coverage of McDonald's effort to benefit WFP in more than 450 outlets with a net reach of 292MM people.

- In China, we partnered with YoukuTudou and Tencent, which delivered 79MM impressions and reached 9.67% of the internet population in China.

- Other major outlets covering the story include USA TODAY, Time.com, and CNNMoney. Fortune also ran the Time.com story (since USA Today had exclusive earlier from BK, their story focused on McWhopper). 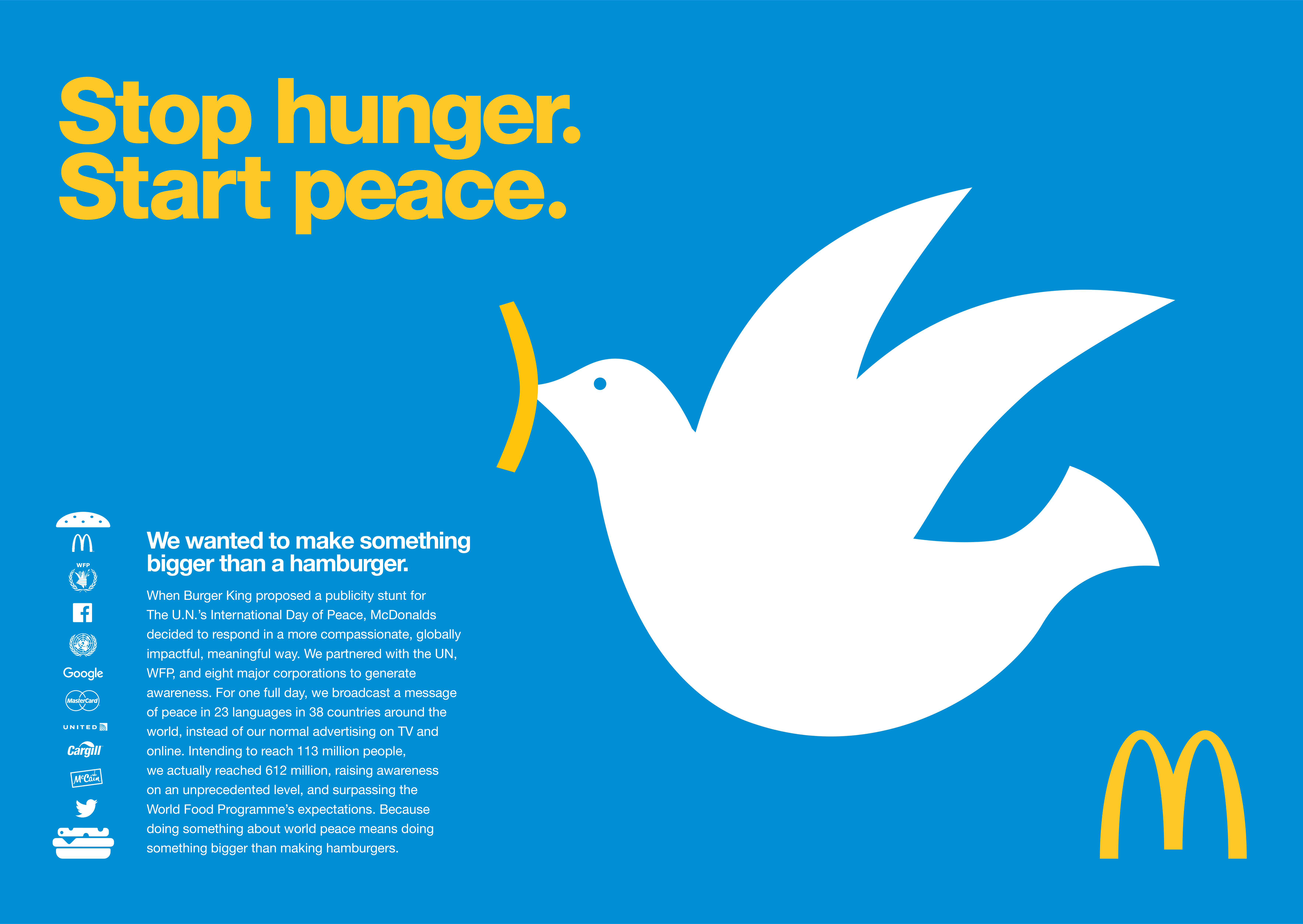