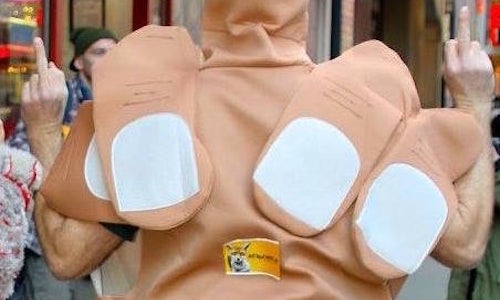 How do you make dissing fur cool? breensmith wanted to bridge the gap between the fur-wearers, the fur-wearer haters, and those who simply hate fur-wearer-haters. Stay with us...

It wasn't just about awareness, but also creating dialogue between all of these groups, and pointing the biggest finger at those who do the most damage: the fur traders and designers.

So how to you create a ruckus without creating ill will between the people on opposite ends of the spectrum of this issue? And how do you get those involved who just feel kinda 'medium' about the issue?

Our answer: a fox giving the finger...and inviting you to do the same.

With limited media dollars, we took to the streets with a few Times Square billboards, a "Middle Finger" mascot, and a team of passionate protesters. The goal of the protest was to create awareness and call out the fur designers who so heartlessly perpetuate the fur farming industry.

And those 'medium' passers-by? They were simply invited to express their thoughts on social media in a more passive-aggressive, humorous show of support.

Not only does our hashtag #FlipOffFur serve as a call to action to our spectrum of supporters, it's also an attention-grabbing, conversation-starting way to put the fur trade on blast.

Oh, and we definitely got a few laughs too.

Instead of leading a tense, hatred-filled rally, we drew attention to the bigger issue – in a different way – and invited all to participate.

Not only did we quadruple our goal for tweets, Friends of Animals site traffic was up 500% during the campaign. 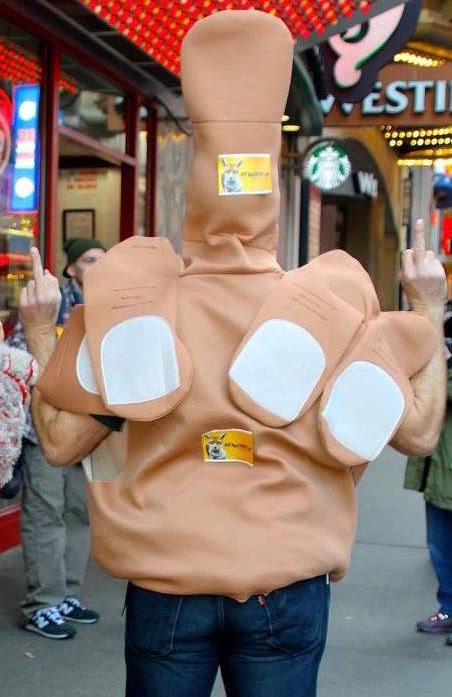 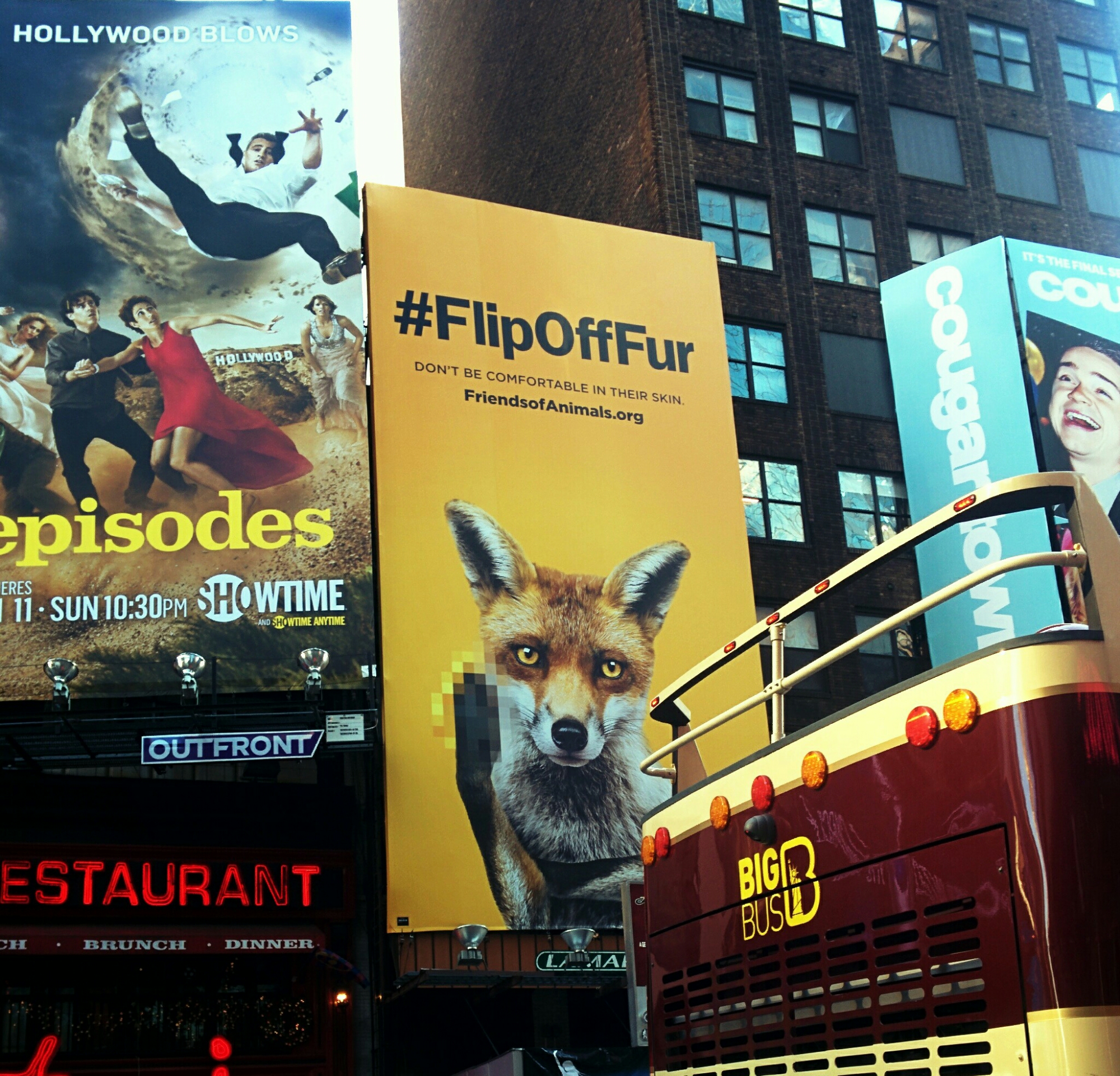 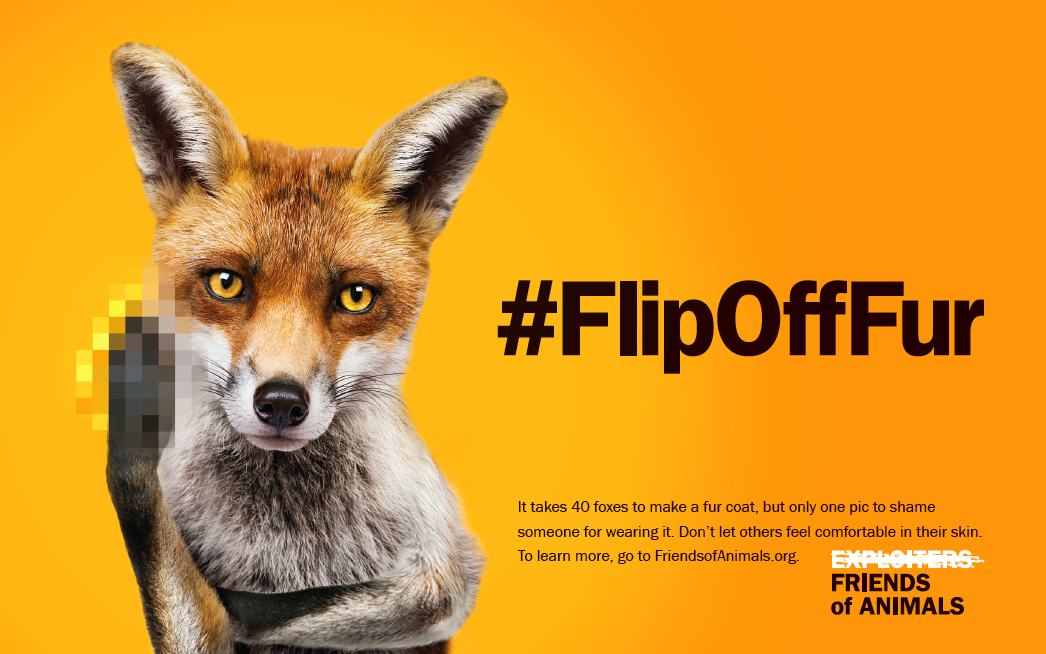 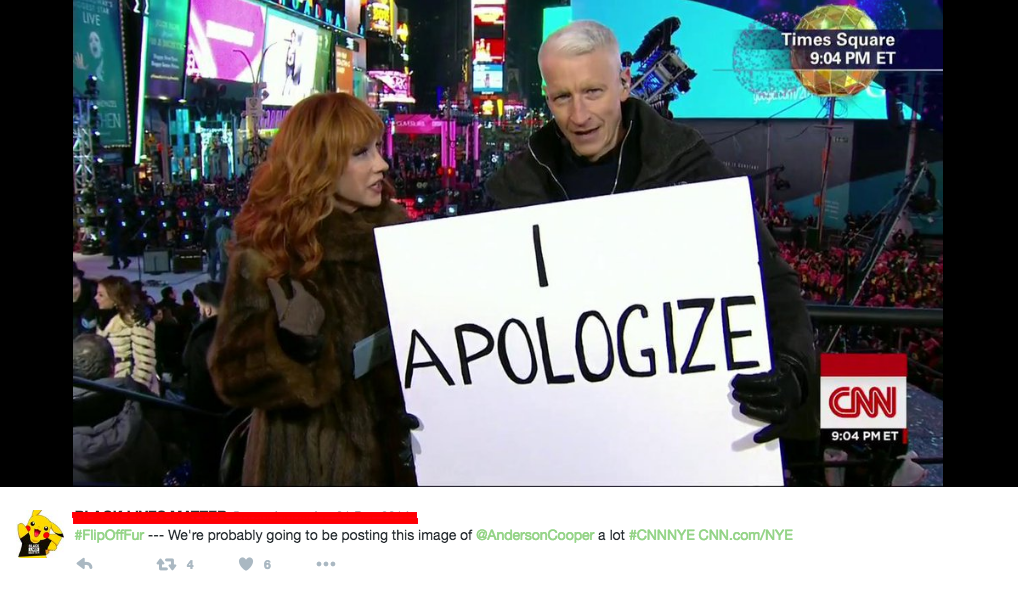