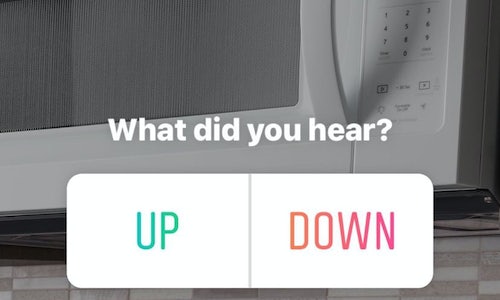 Remember the great “dress” debate? Or maybe Laurel/Yanny rings a bell? Well the night before Memorial Day Weekend, Whirlpool found itself in a similar viral situation— it was their time to act.

It began when freshman-to-be and avid TikTok user @noelbigdeal realized that he and his sister, Fiona, heard the chime of their Whirlpool® microwave differently.

Noel was convinced the final note went down, while Fiona maintained it was up. Eager to share this strange phenomenon with the world, Noel uploaded a video of their argument to TikTok. In less than a day, it reached nearly one million likes.

Teams Up and Down formed quickly in the comment section as users listened and dissected the chime’s tone and frequency to figure out the answer.

Popular creator Caitlin Reilly and YouTuber Colleen Ballinger both chimed in. Even artist Charlie Puth--known for having perfect pitch--was stumped, changing his answer from up then down to just up.

Ultimately, only Whirlpool could settle the debate.

With the comments heating up, Whirlpool knew they had to act quickly. But before the debate could be settled, they needed to confirm: what direction was the chime actually going?

But why so much confusion? It turns out that a popular auditory illusion called the Tritone Paradox was at play, causing the half-octave in the chime to be heard as ascending by some people and as descending by others.

With an official answer, it was time to enter The Great Microwave Debate.

Whirlpool joined the comments on Noel’s TikTok to build the hype and ultimately directed everyone to the brands Instagram to pick a team (via the polling stickers), and uncover the truth.

Together, the agency team, Whirlpool brand, engineering AND legal teams worked hand-in-hand to execute this content in less than 24 hours.  Creating the brand’s first viral moment on TikTok and the highest engagement on Instagram content the brand has ever seen. 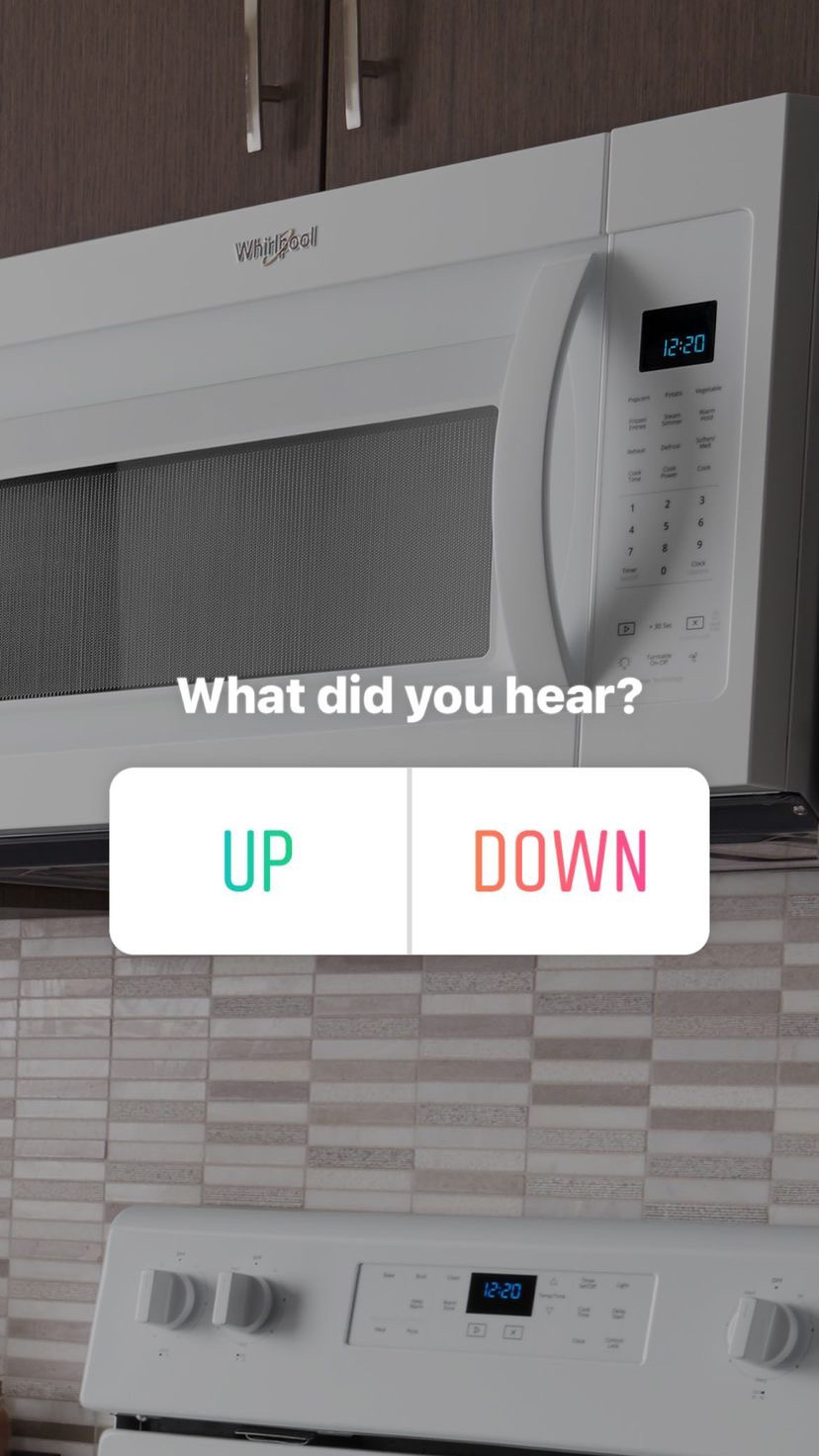