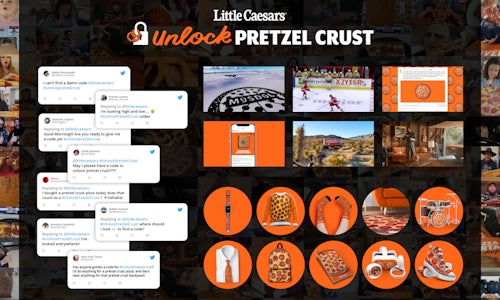 With its creamy cheddar cheese sauce and salted soft pretzel crust, Little Caesars’ Pretzel Crust Pizza is certainly not for everyone — but those who like it freakin’ love it. Of all the Little Caesars products, this one had the biggest cult following. And ever since it left our menu, Pretzel Crust fanatics have gone to great lengths to bring it back.

The thing is, we had brought it back in the past, and it didn’t change the world. We’d bring back Pretzel Crust. People would thank us. Sales would be okay. And then everyone would forget about it.

This time we needed a new approach. We wanted to show people that Little Caesars is a company that listens, and they’re bringing back Pretzel Crust because fans are asking them to. If we could do that and sell a bunch of Pretzel Crust pizzas along the way, then mission accomplished.

No other pizza has developed as much of a cult-like following as Little Caesars’ Pretzel Crust. And ever since it left our menu almost two years ago, Pretzel Crust fanatics have gone to great lengths to bring it back. Some went as far as freezing pizzas to enjoy months later. Others started Facebook groups and online petitions. And one fan even picketed outside the company headquarters (yes, really).

We live in the age of the influencer, where every product launch is accompanied by overpaid D-listers shilling the latest “it” thing. So, to launch the return of Pretzel Crust, we created an influencer campaign of our own.

And by giving fans a chance to #UnlockPretzelCrust, along with unique pretzel-themed prizes, all before the pizza was even back, we knew they would talk about it, tweet about it, and obsess about it 24 hours a day, 7 days a week.

We wanted to give them a mission. So we began by hiding secret codes across both the digital and real worlds — codes that would inevitably #UnlockPretzelCrust and awesome pretzel-themed prizes. We hid codes in crop circles. At hockey games. In our commercials. We hid codes in our code. In our posts. Heck, we even hid them in the middle of nowhere. This was no easy task over the course of just three weeks.

But once fans knew these codes could be anywhere, suddenly they were talking about them everywhere — on their feeds and even deep within the threads on Reddit. And once we saw that, we decided to go where few brands dare to go, and hid them there, too, inside a billion-pixel Pretzel Crust photo hunt.

So, did it work? The response was insane. Codes were found within minutes — one clue we were confident would last for weeks was cracked within 16 hours — and the fervor around #UnlockPretzelCrust brought more people into the fanatic fold.

We created #UnlockPretzelCrust to tap into fanatics’ existing behaviors, driving buzz around the product, rewarding our advocates, and expanding fandom. By giving them a mission, we had officially turned our Pretzel Crust fanatics into unofficial Pretzel Crust ambassadors, even offering one of them a completely ridiculous but totally real job as our “Chief Pretzel Officer.”

By starting and building on social fandom, we not only increased positive conversation around the brand on social media but also increased sales. After 72 million social impressions and a 700% increase in conversation, Little Caesars pizza sales soared. And it was all thanks to a group of “influencers” as unique as Pretzel Crust pizza itself. 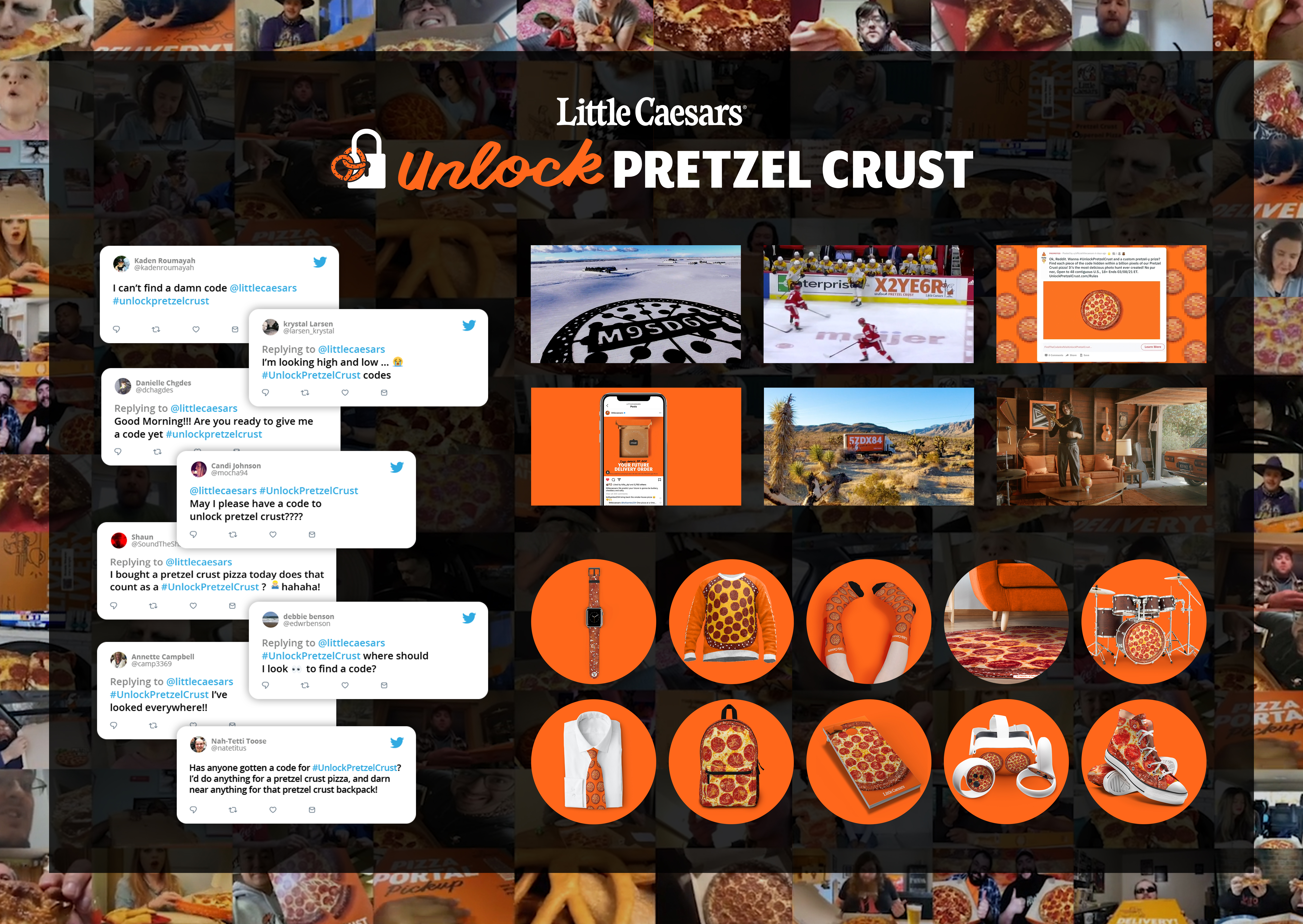