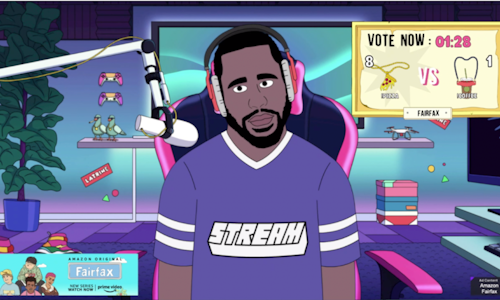 Entered in Creative Use of Technology, Online Event/Activation

The Amazon Original show follows four middle school best friends on their never-ending quest for clout on Fairfax Avenue in Los Angeles—the pulsing heart of hypebeast culture. Starring Skyler Gisondo, Kiersey Clemons, Peter S. Kim, and Jaboukie Young-White—the series is about the timeless struggle to be cooler than you are, fit in while standing out, and what it feels like to wait in line for a pair of sneakers you’re never going to cop.

In true Fairfax fashion, Prime Video and Twitch brought the series to life with a first-of-its-kind collaboration on premiere day. In a two-hour sponsored livestream hosted by Los Angeles-resident and fan-favorite Twitch creator, TheBlackHokage, Prime Video looked to drive viewership and increase awareness for Fairfax.

In addition to boosting the new show’s audience, Prime Video specifically combined forces with Twitch to promote Fairfax in a completely new way that couldn’t be replicated on other digital services. The company wanted to complement their standard marketing rollout plans with an online experience that would engage global viewers and future fans of the show by fostering community by simultaneously making them real-time participants of the immersive online activation.

Prime Video and Twitch had the building blocks ready to go to achieve their goals for the Fairfax premiere stream. The content, creator, and audience were locked and loaded, but they needed a helping hand to properly execute the technology-driven production elements to transform TheBlackHokage into an animated character in the style of Fairfax, essentially turning him into a VTuber, or a content creator that instead of using their own image and likeness, opts for a virtual avatar using real-time motion capture technology.

Digital creative studio Powster was brought onboard to program a three-dimensional, augmented reality (AR) face rig to make TheBlackHokage into a live avatar. Using their innovative streamer tools, there was no need for motion capture suits or complex applications to be installed. TheBlackHokage simply added a new source for his webcam, and added the Powster bot to his channel to begin the transformation. From the stream’s start to finish, fans were astounded by just how uncanny the avatar’s resemblance was to the real deal.

In addition to the avatar, the stream also tapped into the streetwear themes within the show, giving fans the opportunity to vote on the various animated hats, hoodies and accessories TheBlackHokage’s animated avatar should wear next. Audience members used Twitch’s one-of-a-kind in-stream extensions, specifically its unique interactive polling and voting tools, to influence how TheBlackHokage’s character would change and evolve in the stream. Powster also helped to create these custom animated voting and polling prompts.

Independent animation studio Titmouse was brought onboard to assist with the custom animated elements of the AR stream. Titmouse created every “cartoon” element from the accessories TheBlackHokage’s avatar wore to the avatar itself. Using Titmouse ensured the exact style of Fairfax was replicated for the stream to most accurately represent the show’s animated quality, guaranteeing the most authentic experience possible.

In addition to a few views of the show’s trailer and some brief gameplay, The stream culminated with a watch party Fairfax’s first two episodes, in which TheBlackHokage’s community members gathered to watch, react, and discuss the Prime Video content live.

By leveraging the increased popularity of the vtubing trend as well as Twitch’s voting tools, TheBlackHokage’s sponsored stream transported fans to the animated Fairfax avenue and immersed them in the series’ world by getting them involved in the fun in a global, community setting.

TheBlackHokage was featured on Twitch’s homepage for increased visibility and to expand the stream’s reach to a worldwide audience. The activation engaged viewers in a fun and relevant manner, turning the promotion into pure entertainment, even for the more gaming-inclined viewers! Audience members from around the world were able to tune in and learn more about the series.

Finally, the audience expressed positive sentiments about Fairfax, and many made it known via Twitch chat that the animated comedy would be a mainstay show that they’d not only watch alone, but one they’d also recommend to their inner social circles, fostering a brand new, organic batch of Fairfax fans. With a little help from AR technology and Twitch, fans were able to engage via a memorable brand experience for the Prime Video television show. 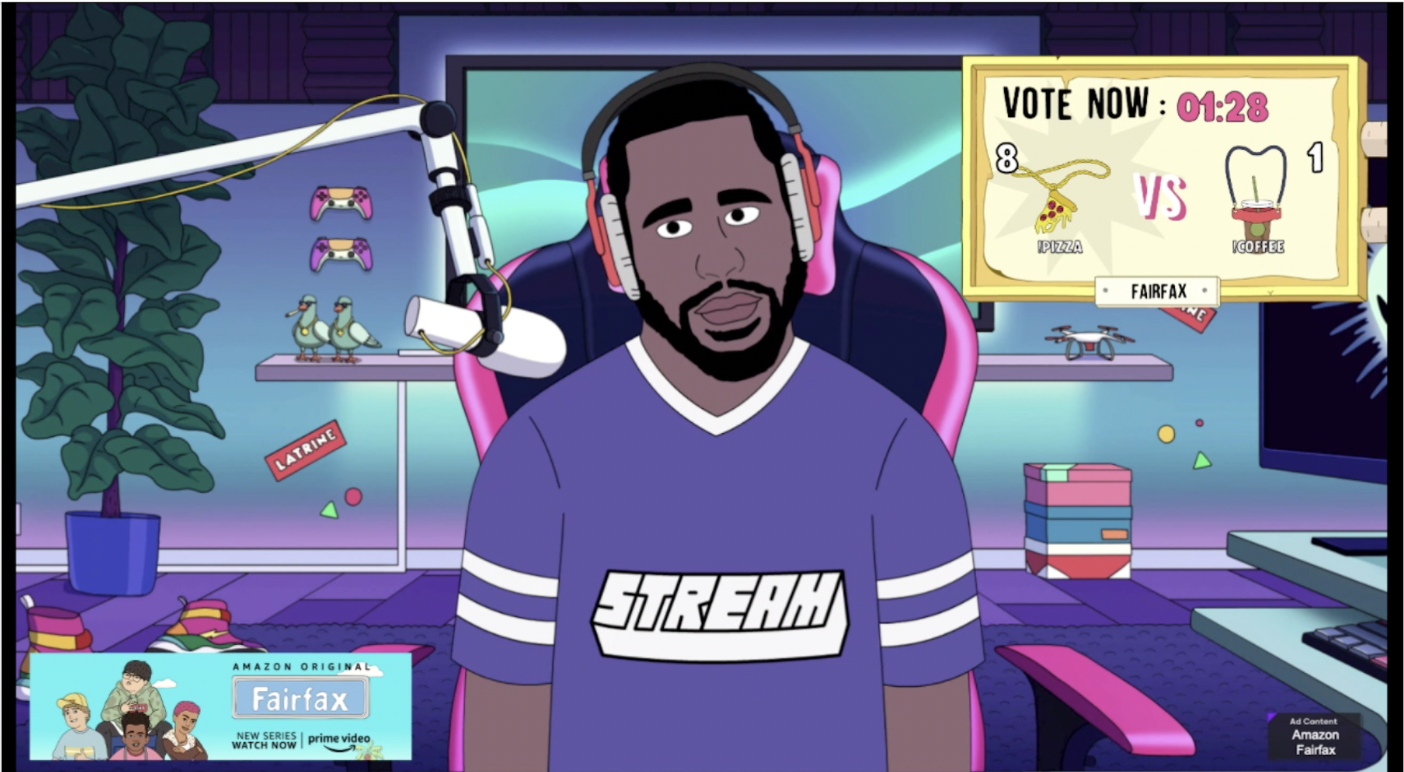 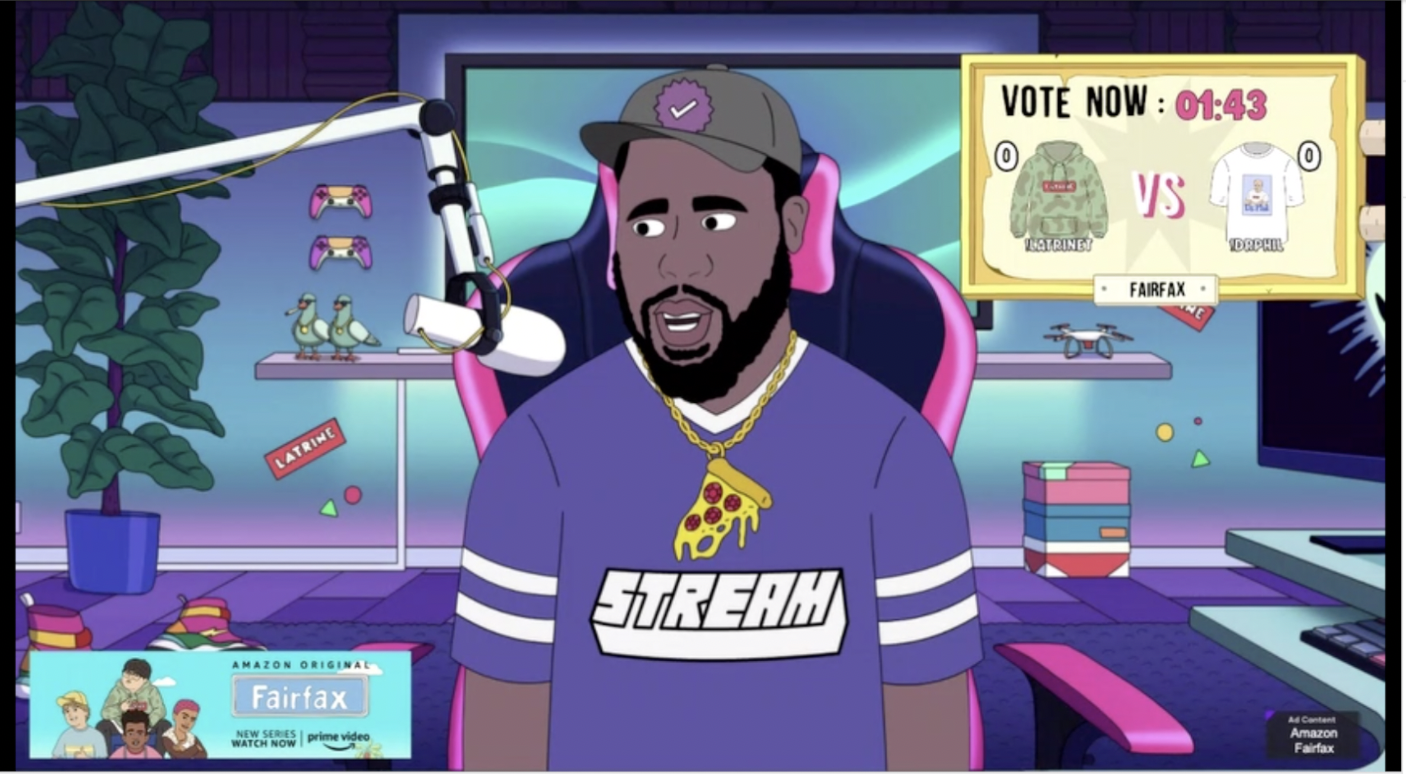 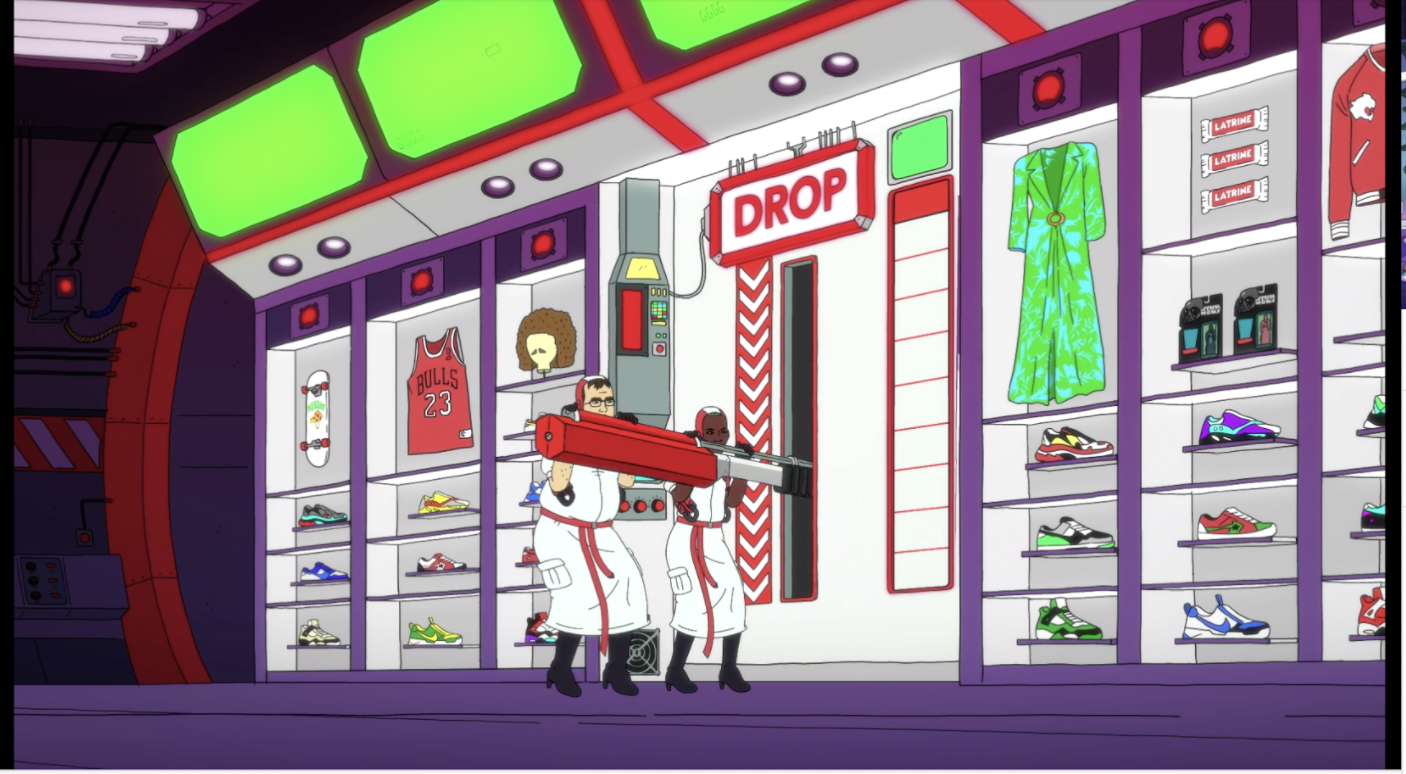 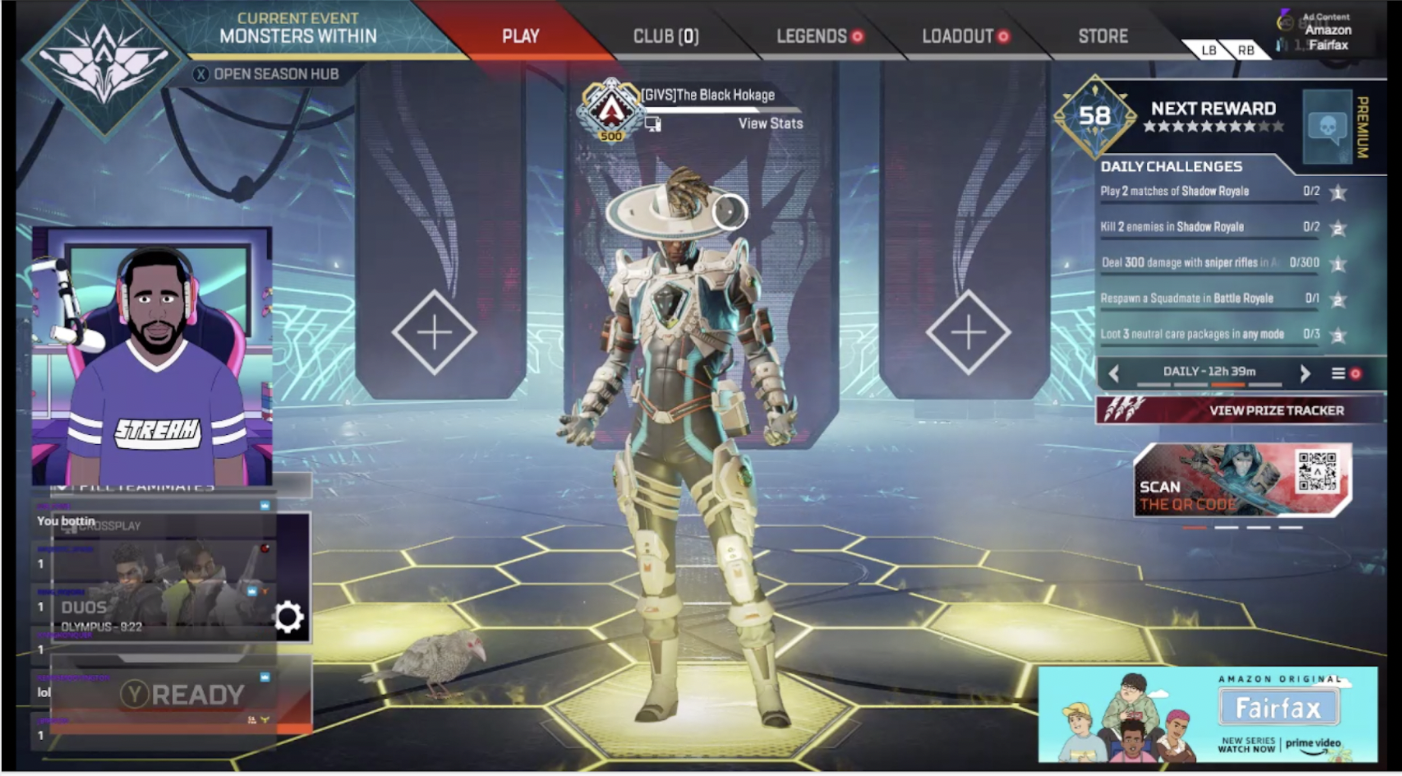