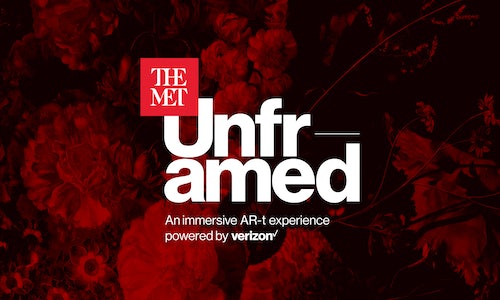 Due to COVID-19, The Metropolitan Museum of Art in New York City had to close its doors to the public for the first time in over 100 years. At the same time, Verizon was rolling out our 5G network, a transformative technology. But unless you’ve tried 5G yourself, it’s tough to get a sense of how groundbreaking it really is.

The Met’s mission is to connect people to creativity, knowledge, and ideas. Verizon’s goal is to make our 5G network relevant for everyone who was stuck indoors. Together, we had an opportunity to use the power of 5G to make The Met’s art accessible for anyone, anywhere.

The Objectives:
1) Get as many people as possible to connect to The Met’s artwork virtually.

2) Differentiate Verizon 5G by showing how it transforms the way people interact with art.

When COVID-19 forced The Met to close for the first time in over 100 years, Verizon partnered with the museum to reopen their doors. We knew we had to do more than create a window inside the galleries or a livestream. We brought The Met to life like nobody had ever seen it before.

More than just a pairing of content (The Met) with distribution (Verizon), this was a merger and collaboration that blended the medium and the message.

We built a new way for people to “walk” the halls of The Met in a 360-degree immersive mobile experience, curated never-before-seen galleries, and gave new meaning and context to some of the world’s most famous art pieces using 5G technology.

Together, Verizon and The Met built a first-of-its-kind art museum, supercharged it with 5G, and redefined what it means to visit a cultural institution in the 21st century.

We rendered over 30,000 sq. ft. of museum space into 13 never-before-seen galleries with 46 interactive works of art to give visitors the same incredible feeling of being in the museum. Using the latest WebAR and WebGL technology, we built over two hours of immersive 360° gameplay.

We approached the exhibition with the fastidiousness of every Met curation. Verizon brought its programming skills, 4G and 5G technology, 3D artists, and deep understanding of consumer behavior on mobile devices. The Met brought curators, photographers, archivists, and decades of institutional knowledge of the world’s most famous art.

Each piece contained an educational game that unlocked art for visitors to take home on loan in AR. Of course we made it easy to share on social. Because who wouldn’t want to show off a Met masterpiece like Van Gogh’s Wheatfields in their kitchen?

The Met Unframed needed to show that 5G isn’t just an incremental improvement, but that it can transform the way people interact with the world’s most famous art.

The experience garnered over 1 billion impressions (over 93% earned media). We averaged over 20,000 visits per day from over 153 countries during our five-week campaign—more than The Met would  average pre-pandemic.

Additionally, 76% of respondents (customers and prospects) who visited The Met Unframed said “Verizon innovates in ways that make my life better,” 2.3x more than the general public. 60% reported that the experience improved their perception that Verizon enables them to do new things (a key internal metric). And visitors were 2.4x more likely to see Verizon as a 5G leader.

We didn’t just reopen one of the world’s most important art collections, we inspired a new kind of connection to culture and creativity, powered by 5G.

Video for The Met Unframed 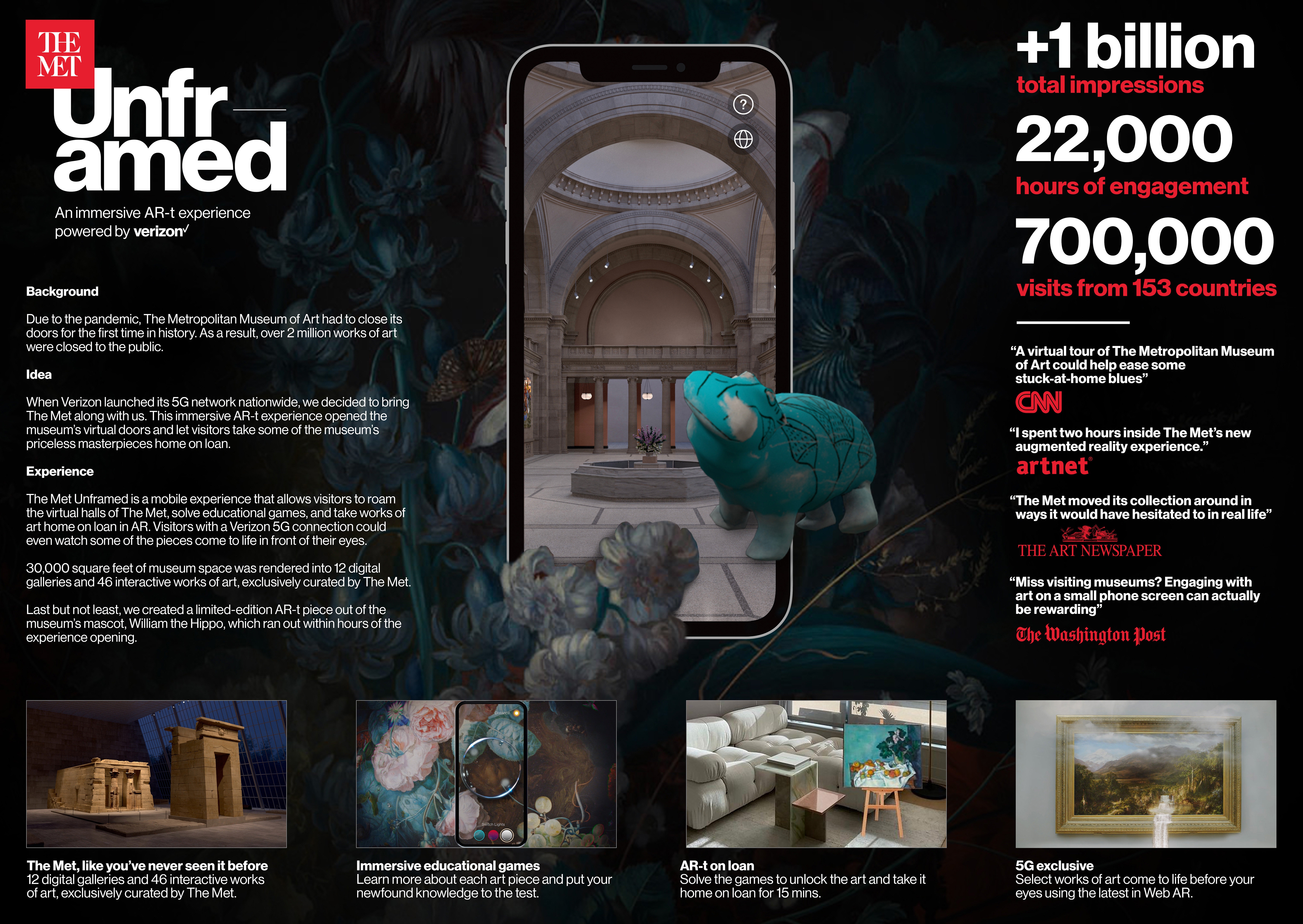 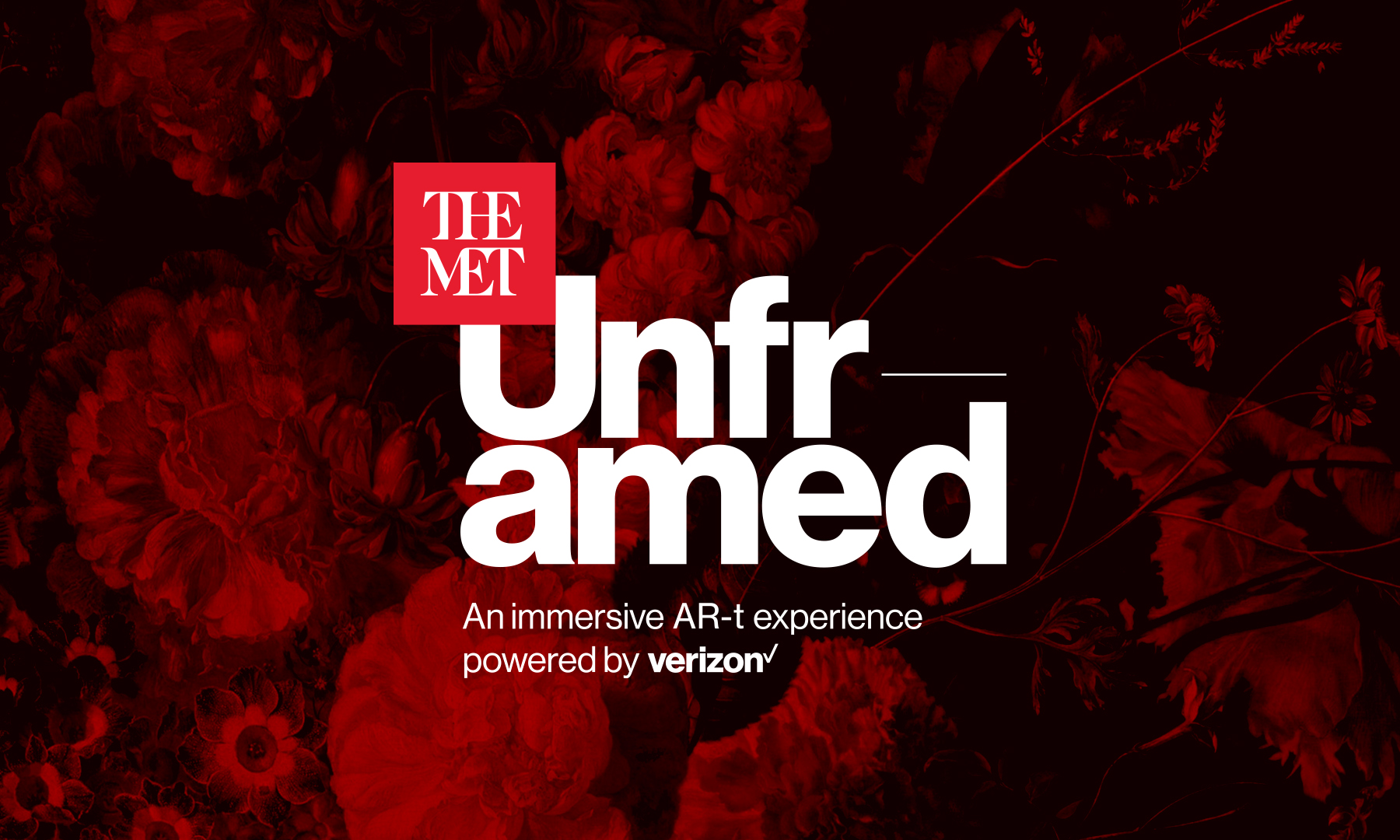 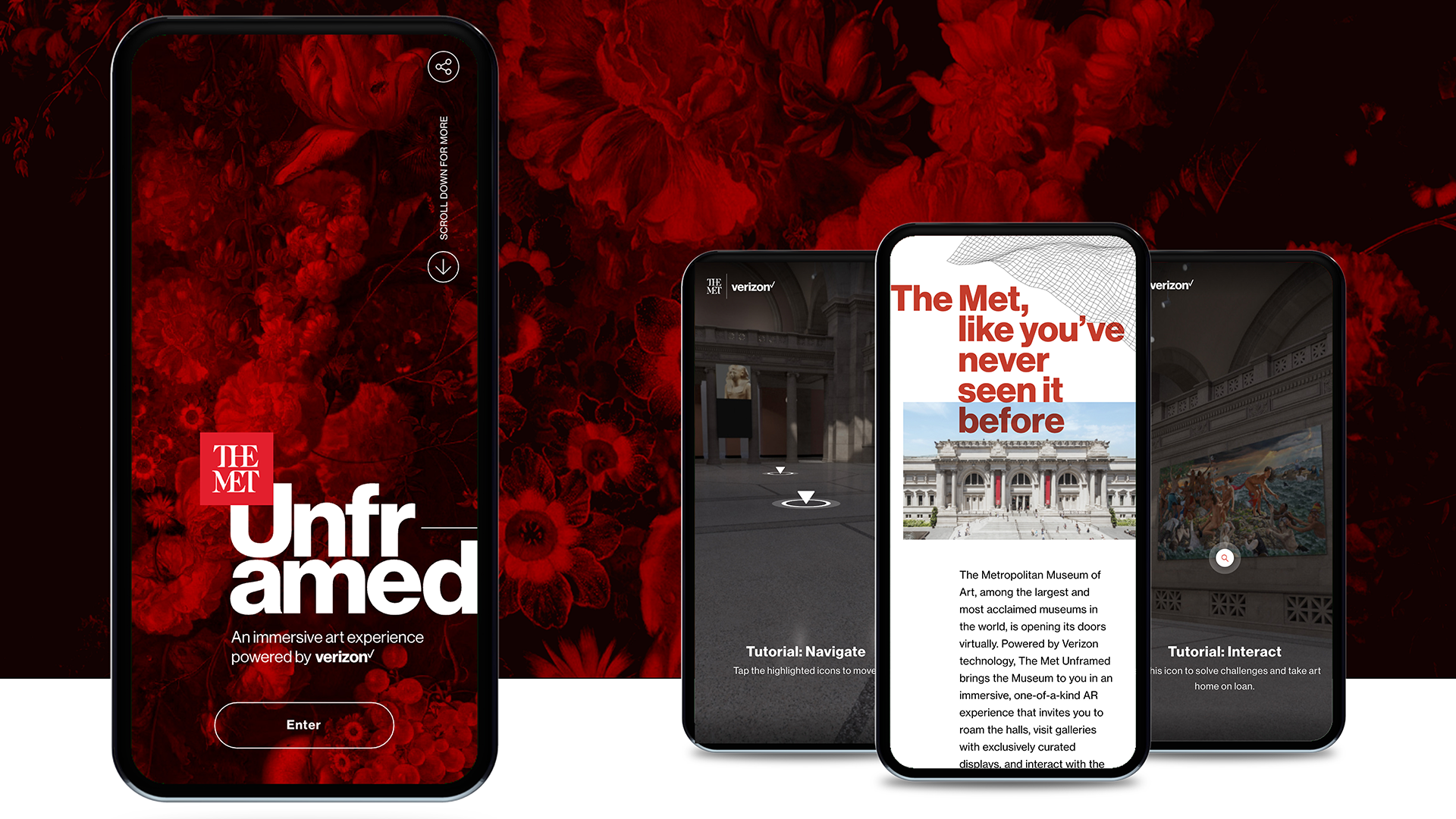 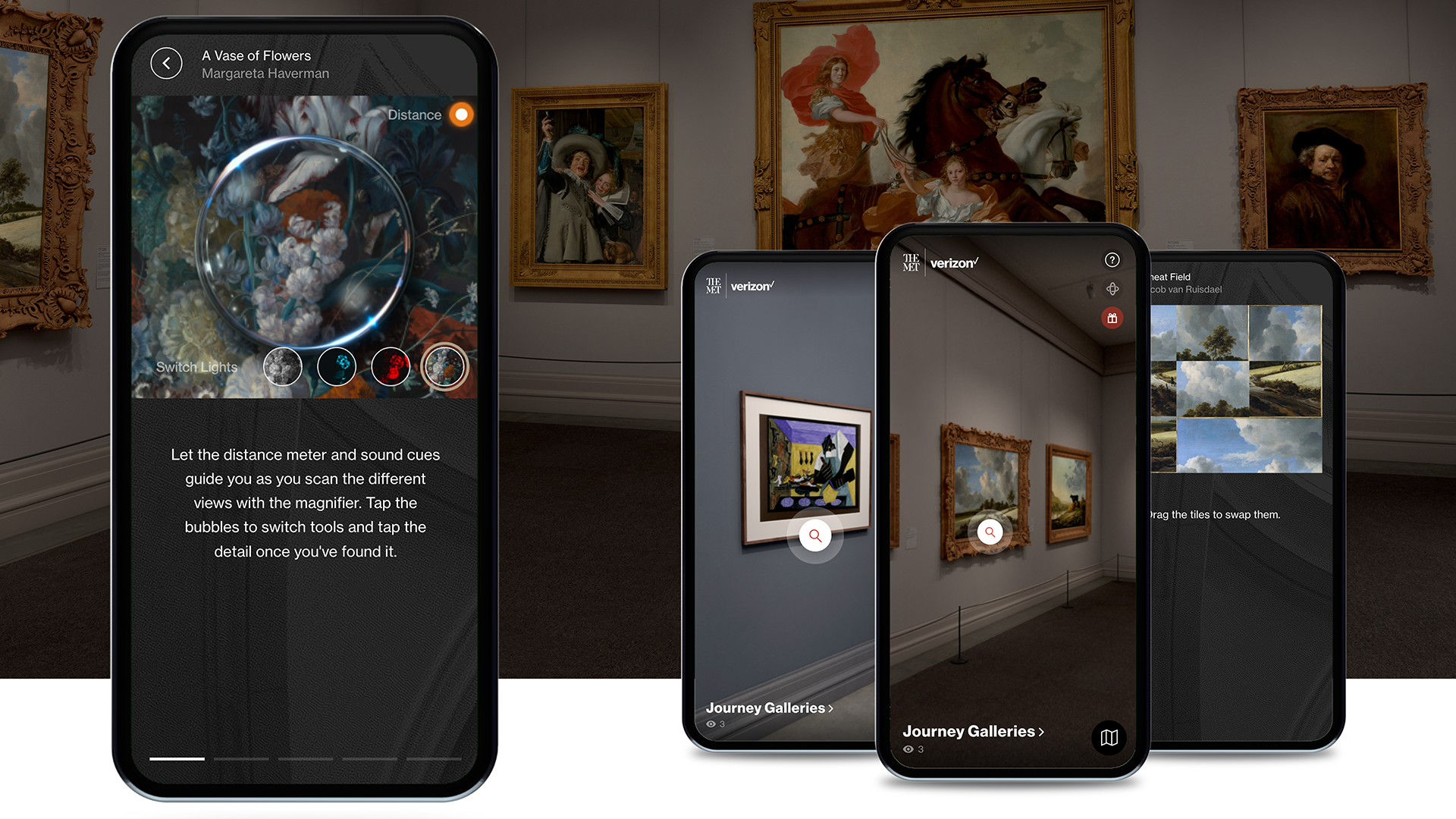 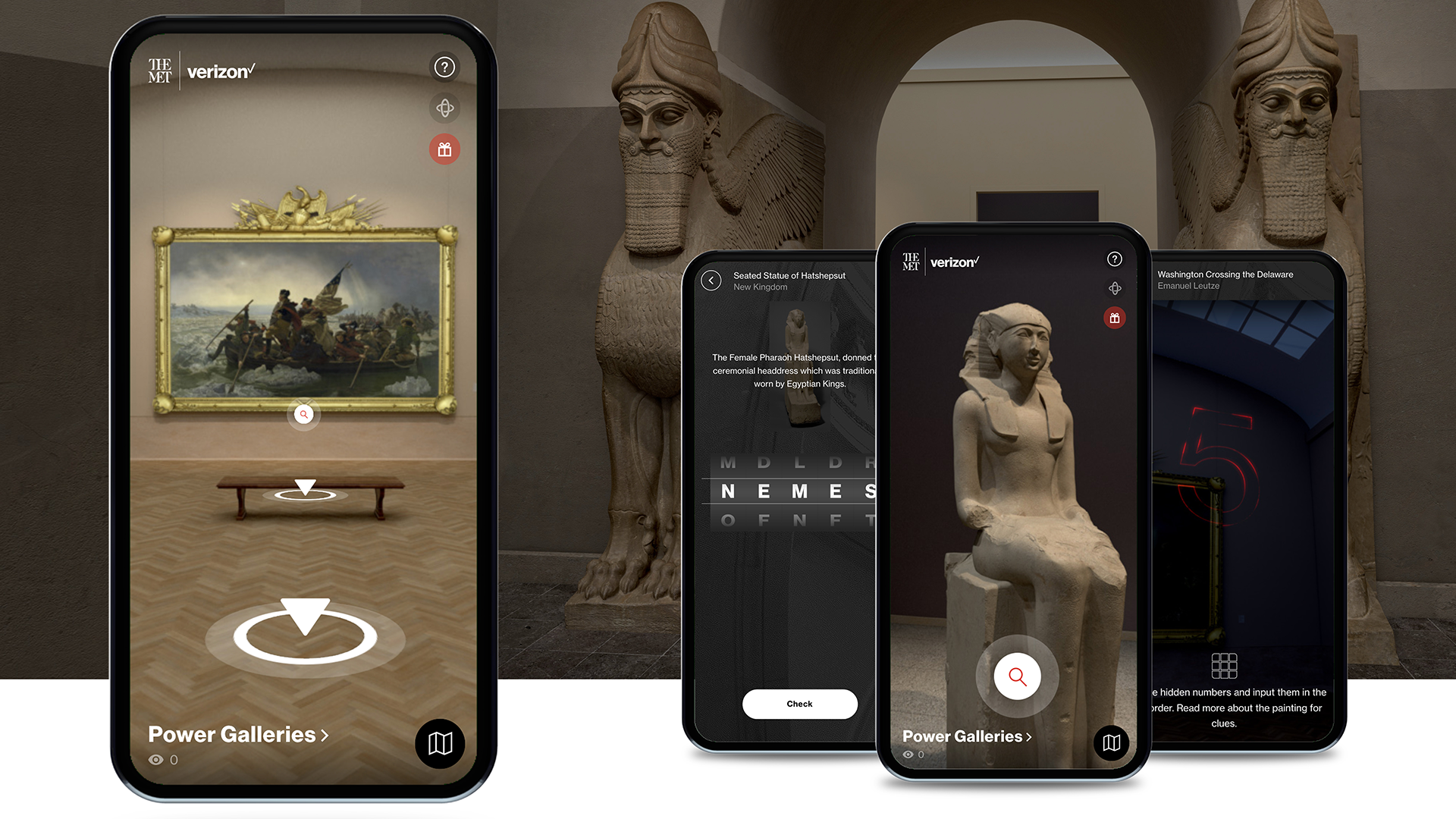