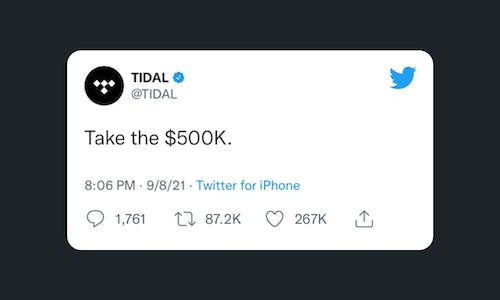 Join in on the "Dinner with JAY-Z or $500k?" debate like only TIDAL could.

We wanted to claim space for the brand within this online conversation in a way that would spark a reaction from our followers and the Internet more broadly. There's an ongoing (and obviously incorrect) perception that JAY-Z is the person behind the @TIDAL Twitter account.

We ended up leaning into that insight, creating a moment for people to think that JAY himself commented on (and effectively ended) this debate. We tweeted, without context, "Take the $500k."

The tweet exploded immediately, and was shared widely as people online used it to end the debate and have a laugh at the silliness of the topic itself. For a (very) brief moment, we brought the Internet together.

Our brand tweet alone ended up with over 27 million impressions, driving more than 2 million engagements on Twitter. It quickly made its way across platforms as any true viral tweet does, generating tons of additional exposure on Instagram, Reddit, Facebook, and TikTok from influential accounts like DJ Akademiks, @rap, The Shade Room, @saycheesetv, and more. The meme's entry on Know Your Meme was even updated to include TIDAL's tweet.

The attention we received online also translated into traditional media, earning TIDAL coverage in USA Today, Yahoo News, and about 50 others, with an estimated 500M combined impressions. 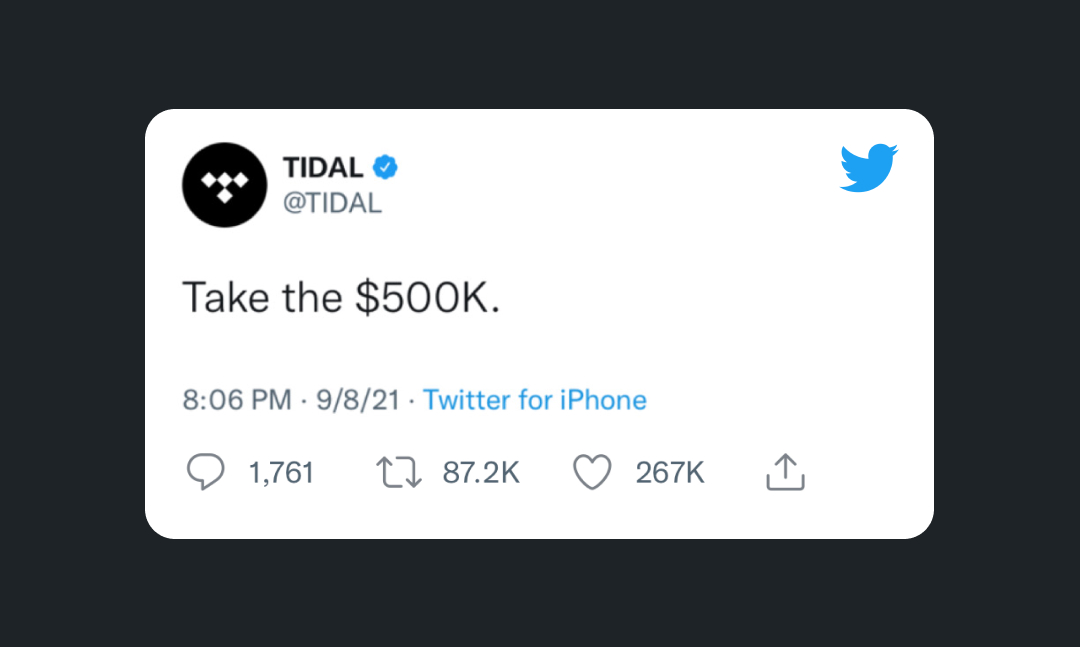