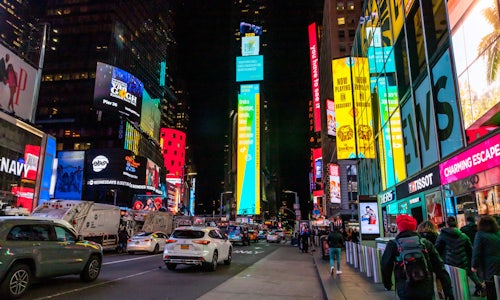 Across North America, antisemitism is on the rise.

According to the FBI, 55% of all religiously motivated hate crimes in 2020 were against Jews, who make up just 2% of the US population.

The NYPD reported 180 antisemitic hate crimes in New York in 2021, with antisemitic incidents rising almost 50% year on year. One in four American Jews have been targeted by antisemitism over the past year.

And yet, many Americans are unaware that this level of prejudice and hatred exists in our community.

This complex and painful issue required a proactive and positive mechanism to bring together the Jewish community and its allies after a rise in antisemitic rhetoric and violence following the Israel / Gaza conflict in spring 2021.

And so, Shine A Light was borne - a movement to surface this issue from an entirely new prism.

The goal was to take a positive, hopeful and inclusive spin - unrelated to, nor centered around any specific incident or tragedy.

Shine A Light is an ongoing initiative - not seeking overnight success, but to be a catalyst for conversation and long-term change across North America. The aim of Shine A Light is to raise awareness and education for people to understand what constitutes modern-day antisemitism in workplaces, schools, campuses, and online, and to take steps to fight it.

To address antisemitism with positivity and love, Chanukah - the Festival of Lights - emerged as a season inflection point. Jewish people celebrate this eight-day holiday by lighting a candle each night on their menorah. Inspired by the Chanukah story, we championed the message that light can dispel darkness and create a more compassionate world.

Other religious and minority groups were invited to join Shine A Light initiatives and celebrations, to build a diverse support base. An unprecedented alliance of 65+ Jewish and non-Jewish organizations and 60+ corporations gave their support.

Eight major events (one for each night of Chanukah) included the National Menorah lighting in Washington D.C., and a public menorah lighting in New York's Times Square, with candles lit by Governor Kathy Hochul and Holocaust survivors Jehuda and Lea Evron. This uplifting ceremony was surrounded by Shine A Light digital billboards illuminating the whole of Times Square!

Utilizing the viral nature of social media was critical. Jewish college students had reported feeling particularly isolated and ostracized, so we embraced TikTok, the fastest growing social platform. Engaging high reaching TikTokers spread our message faster and further. Dozens of influential content creators were handpicked to light up social by recounting their own personal experiences of love and hope. A full suite of #ShineALight stickers, GIFs and filters allowed creators to personalize their content. The most engaging posts were boosted and shared to lookalike audiences across all platforms, along with bright, eye-catching social ads.

Launching Shine A Light during this prominent Jewish holiday and condensing the campaign into an action-packed eight-day period ensured huge and lasting impact.

Year one of Shine A Light surpassed all expectations for media metrics, whilst also achieving real world results and change.

185 earned editorial placements ran across outlets like ABC7, Bloomberg and the Boston Herald, and we lit up social media. Social impressions totalled 34.7M, with average engagement rates at 25.5%, ahead of the 12% industry average. TikTok garnered 15.7M video views against a 10M campaign target. Over 40,000 TikTok engagements plus 45,500 views of the custom gifs show important conversations started online.  Our social campaign reached 12.9M unique individuals against a target of 8M.

Organizations including NBA, NFL and YouTube showed public support, with Zoom, Twitter, NASCAR, L’Oreal and others amplifying our message across their socials.

Over 10,000 educators viewed Shine A Light’s curriculum resources on the Jewish Education Project portal. New York State adopted our programs across their school system, and 100 schools (& counting!) across all other states incorporated antisemitism education into their curriculum.

Eight governors, 14 mayors and 100 officials took formal action, voicing support through public policy. Our campaign even reached the White House. At their official menorah lighting, President Biden said “When we light this menorah, there is still light... that little bit of light... can dispel the darkness and illuminate a path forward”.  The U.S. President, alongside hundreds of organizations, corporations and communities, committed to shining a light on antisemitism.

Video for Shine A Light 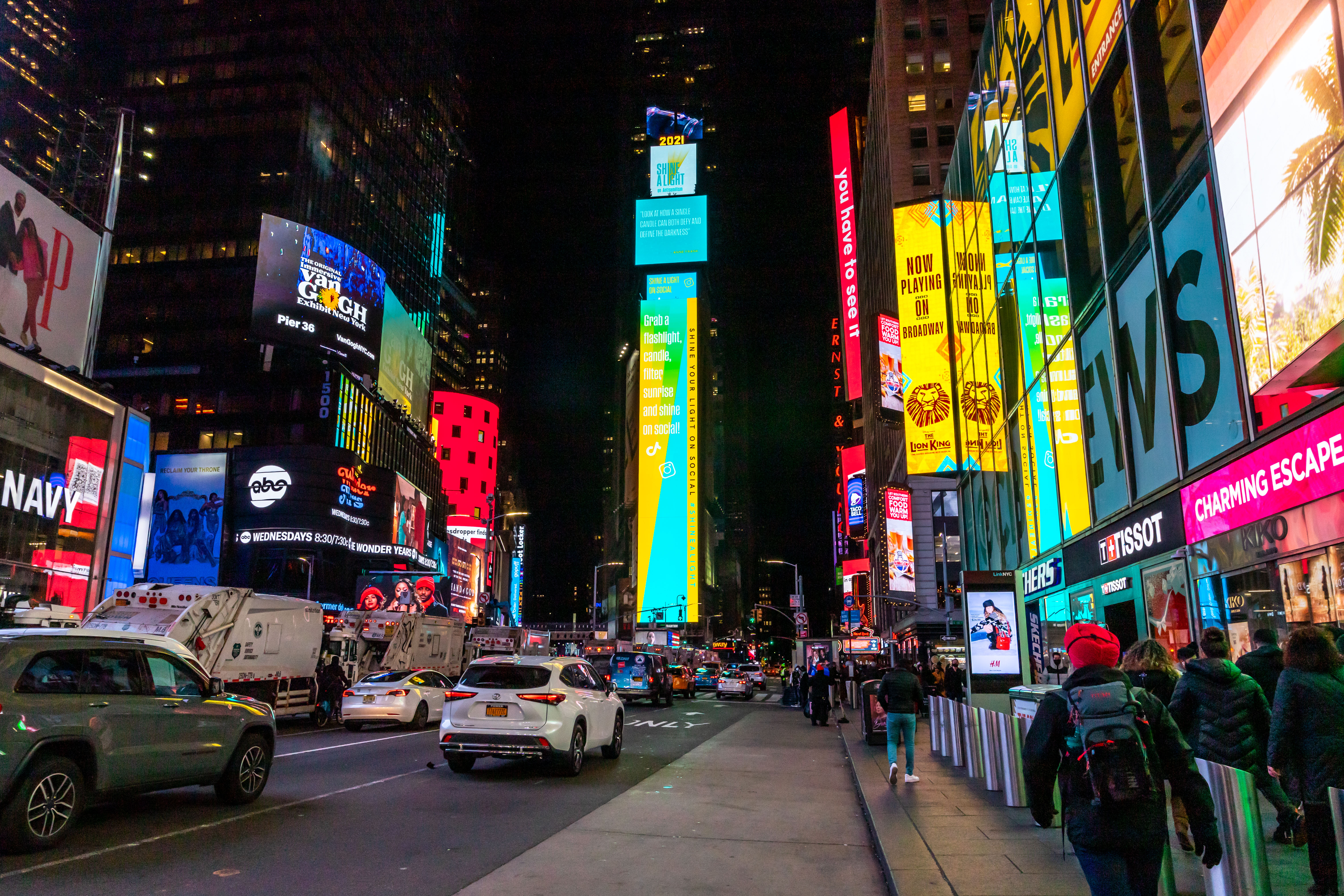 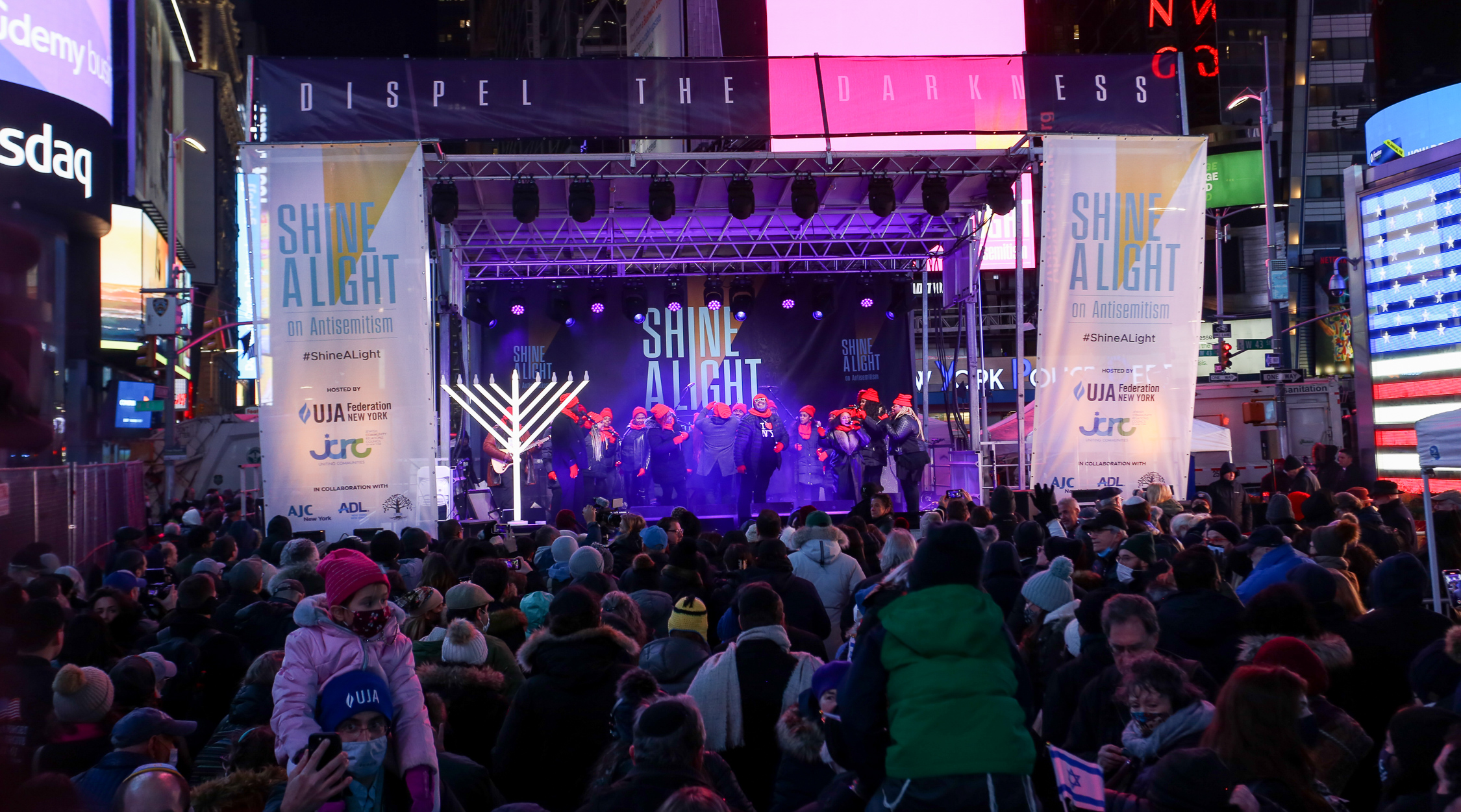 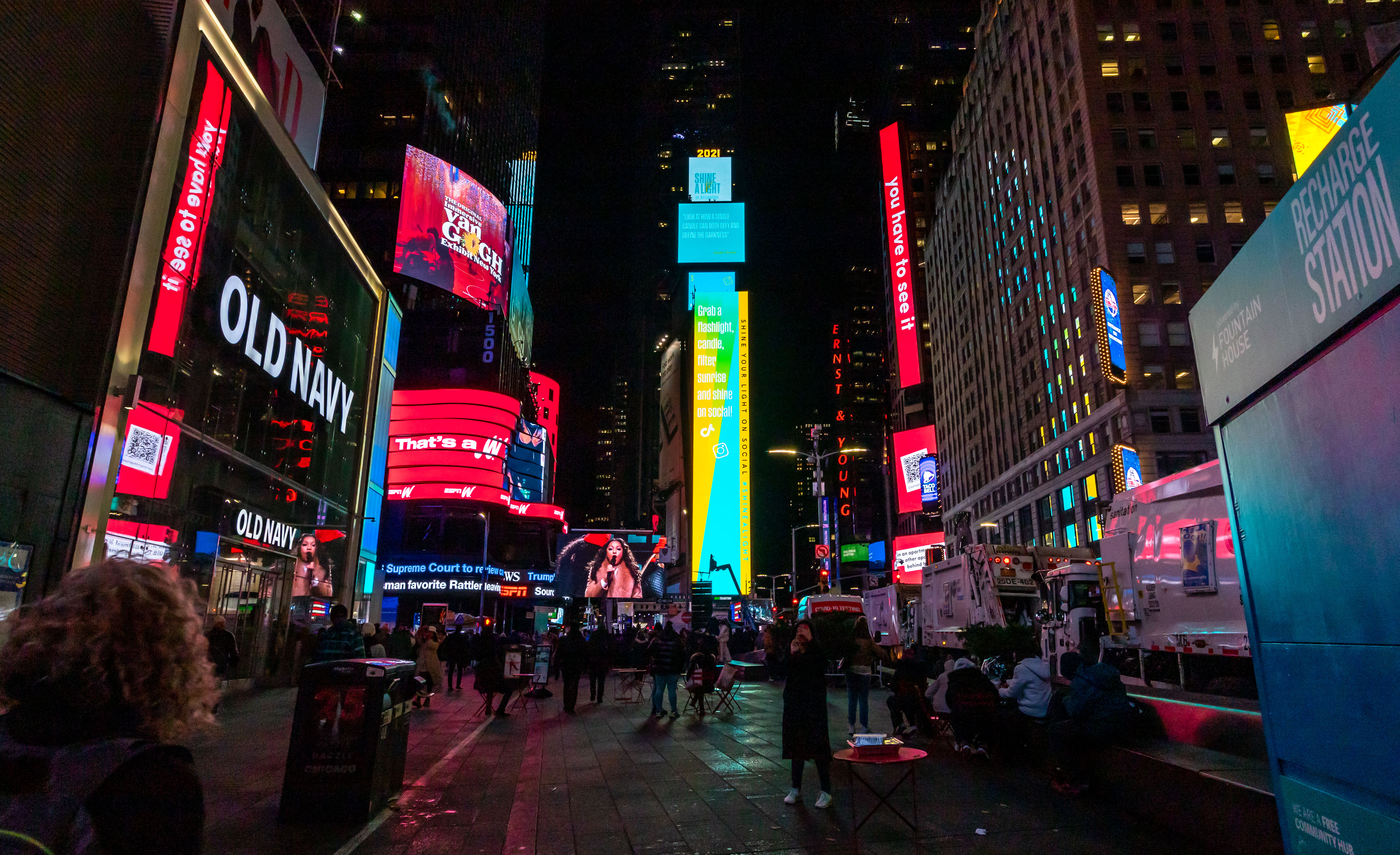 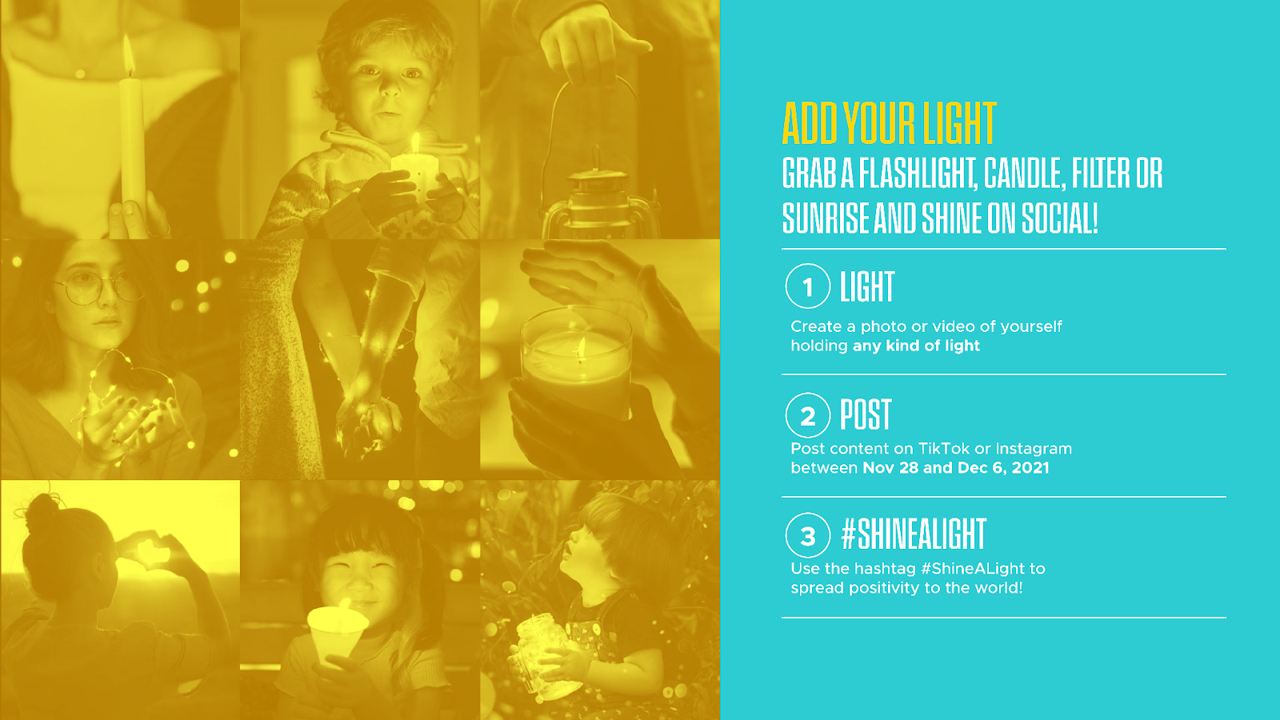 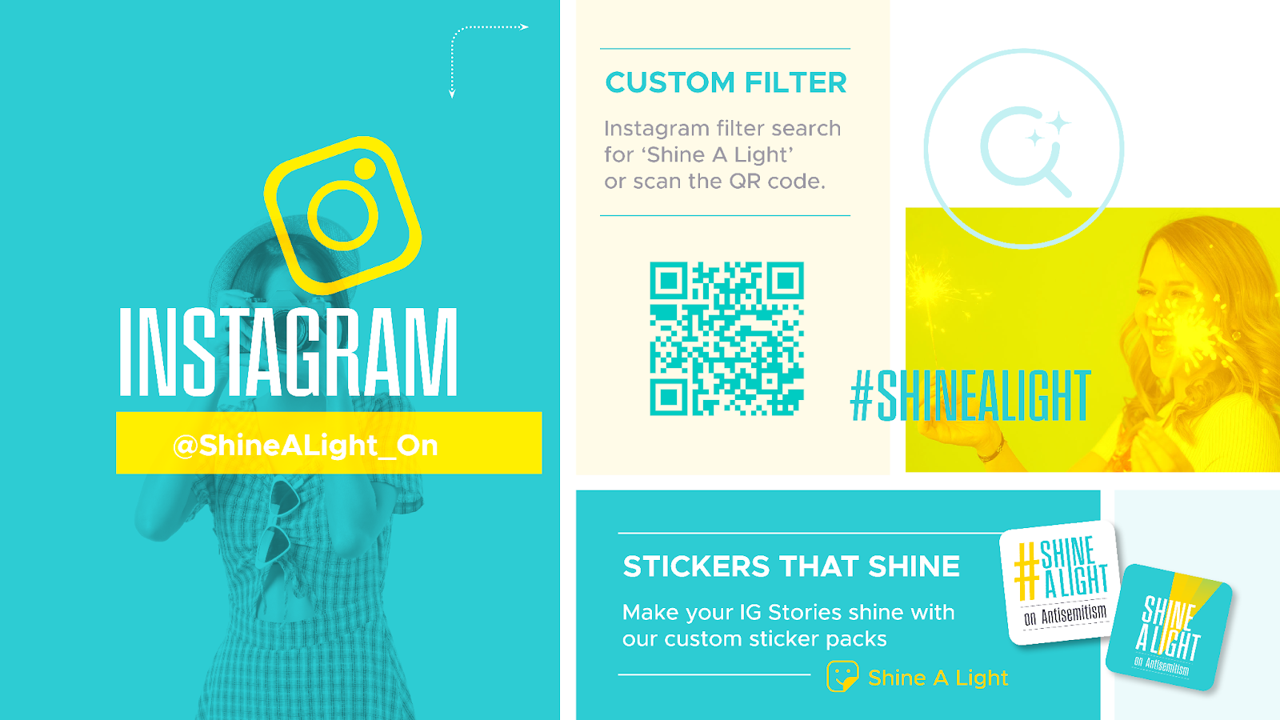