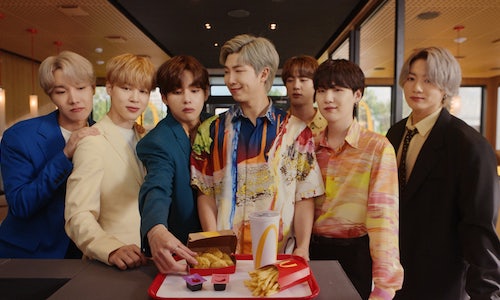 For 65 years McDonald’s has been America's brand, it spans generations, ethnicities, and cultures. But by 2020, the qualities that made the brand special had turned bland and McDonald’s found itself facing a critical issue - the new generation of multicultural youth had counted them out. While the QSR category was seeing growth with young Black, Hispanic and Asian consumers, McDonald’s was seeing declining sales and penetration. Brands like Popeye’s, Chik-Fil-A, and Chipotle were winning their hearts and wallets, putting the future of the business in jeopardy. On top of it all, COVID was putting unparalleled strain on the business. We needed to accelerate recovery and put the brand back in culture - fast. Or else, McDonald’s risked being aged out of the category - a category it largely built.

Based on this, our core challenge was to become a part of youth culture for the long-term and to jumpstart the business (via penetration and sales) with youth short-term: we needed a platform (not a one-off) to connect with this new generation of youth in a way that would catapult both the McDonald’s brand and business forward in a truly unprecedented way.

Our idea was inspired by our 2020 Famous Orders Super Bowl spot, and the simple insight: 'No matter how big or famous you are, everyone has a go-to McDonald's order.' It took off on social and showed us that McDonald’s ubiquity could unite youth with those they aspire to be.

So we took the next step - famous orders you could actually order. Our strategic idea was: release a celebrity's order as a meal, and turn going to McDonald's into a cultural event. For a brief moment, fans could eat like one of their heroes, igniting the sort of mass-participation moment youth had been starved of after months of lockdowns.

We established some criteria for our partners:

Carefully crafted ingredients for the platform itself:

Following this framework, we released a suite of meteoric celebrity partnerships in 2020 - including Travis Scott, J. Balvin, and some of our favorite holiday characters. It seemed almost impossible to follow these acts, unless we went as big as we possibly could—with the biggest band on earth, BTS. BTS loves McDonald’s and is frequently seen in their behind-the-scenes footage eating burgers, McNuggets and McFlurries galore. They were the perfect partner to take our Famous Orders platform global.

Implementation: We wanted BTS’ rollout to feel authentic to how a K-Pop band releases new music, filled with Lunch Parties, concept photos, and behind the scenes bloopers. We shared the pen with BTS throughout planning, leaning into their cultural codes to create a campaign plan bespoke to their identities and their fanbase.

Pre-launch: We teased the collaboration on our social channels, followed by PR and posts from BTS themselves. We wanted to build anticipation where the fans were, and where we knew it would spread quickly amongst youth. Their “tour” announcement on Twitter & TikTok saw conversation erupt as fans everywhere awaited our first global meal.

Launch: Capitalizing on buzz, we launched paid media in tandem with the meals. But our owned channels, digital and physical, were just as important at launch. Synchronized with their first hit of 2021 (Butter), we launched their meal—complete with their favorite Korean sauces—across the world.

Sustain: To fuel the campaigns, we brought the alchemy of McDonald’s and BTS to life: complete with keepsakes and experiences that brought the ARMY closer to their heroes than ever before. This, combined with a robust PR schedule, not only drove orders, but sustained earned reach. The BTS ARMY kept asking for more, and we kept feeding them more: everything from listening parties, to photocards, and a universe of merch.

The BTS launch tweet quickly became our most liked Instagram post ever, our most re-tweeted tweet ever, and the #1 Twitter trend topic in the US. Even though NASA went to Mars, the world went crazy for BTS. Check out the results below. Google searches for BTS - an iconic brand that scales across the world - reached an all-time high during the meal launch. The meal even made Google’s coveted ‘year in review list’.

The BTS meal alone brought in $98MM in incremental sales, and saw unprecedented penetration growth with youth and multicultural segments (BTS: +14% for 18-24,  +69% for ACM). Fans turned packaging into momentos. They even resold McNuggets on eBay.

Video for McDonald's - The BTS Meal 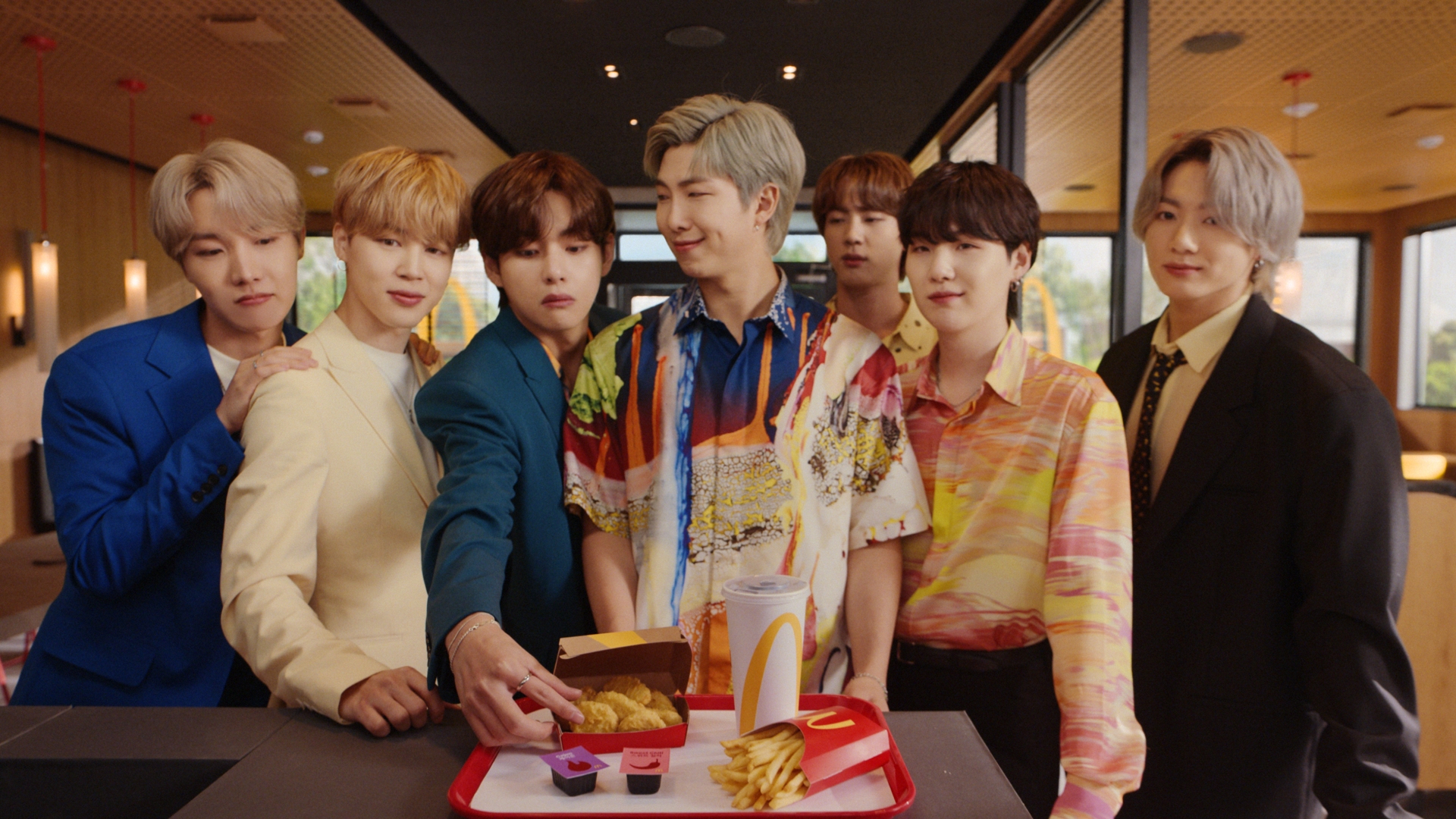 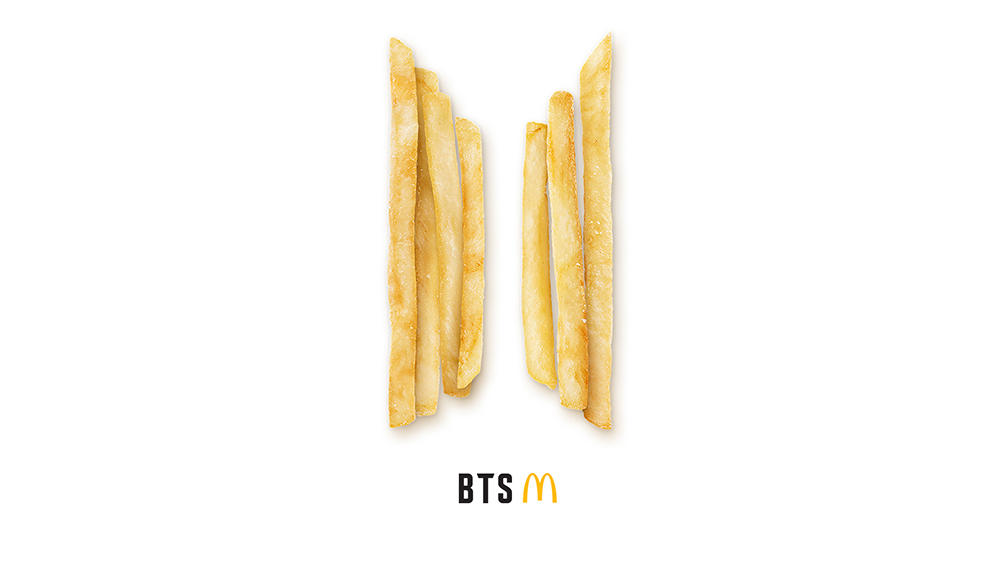 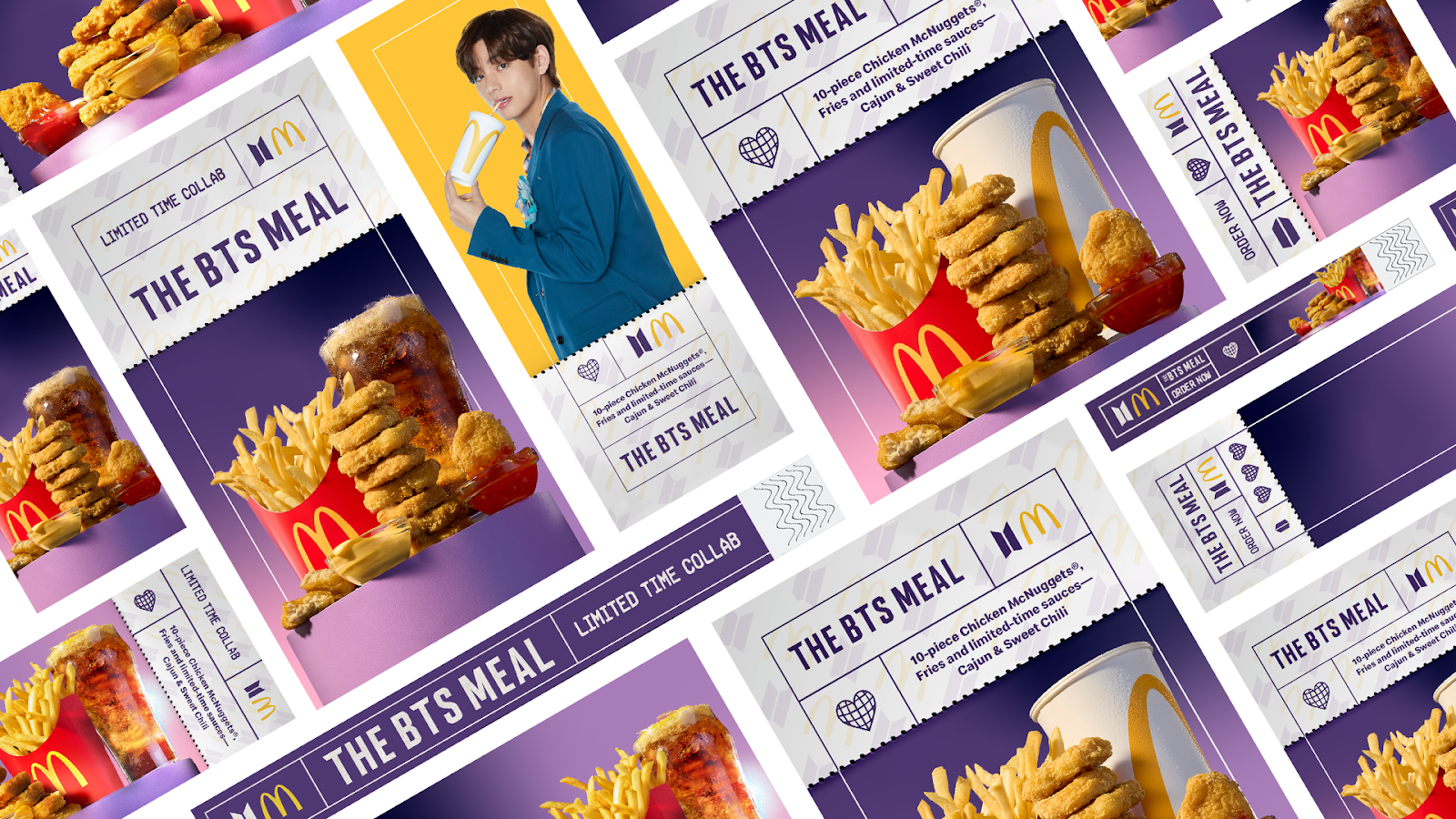