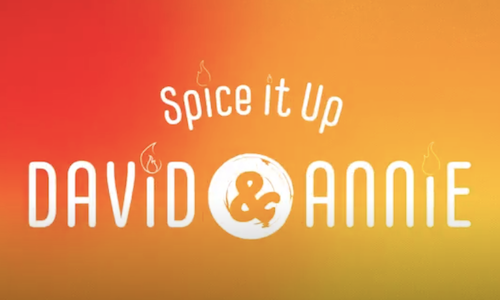 90 Day Fiance and Beyond: Nourishing the Social Audience

For TLC, one of our primary objectives is to find out the audience on new social platforms and nourish them, as well as offer them exciting new takes on the content they already love! In 2020, this translated to 1) creating a presence on TikTok, as well as 2) finding new short-form video formats as companions for fan favorites.

Specifically for the 90 Day Fiance franchise, we made the decision to split off separate handles on Instagram, Twitter, and TikTok. This would allow us to be more experimental and serve content for the true 90 Day Fiance superfan, as well as giving "breathing room" for the network's other shows on the TLC handles. One of the offshoots of being "experimental" came in the form of Spice It Up With David and Annie.

Having a presence on TikTok initially started off as an awareness play. It was clear that some TLC shows had dedicated audiences (Say Yes To The Dress comes to mind), while most of them (particularly freshman series) were not represented on the platform. Eventually, the awareness play evolved into continuing to use show content, but specific excerpts that would play more into the inside jokes, UGC, and sporadic viral happenings that come through the platform. We wanted to encourage our audience to have fun with us.

Separate handles for 90 Day Fiance on Instagram and Twitter were launched in mid-February 2020, while the overall brand presence on TikTok started in late-April 2020.

Our hurdle with supporting TikTok came from creating an asset pipeline that specifically worked for this platform (we don't produce 9:16 videos under 60sec for any other social platform). We needed to start feeding both the TLC handle and 90 Day Fiance handle with a decent amount of content for several weeks so we could start discerning what worked the best and pivot our content strategy from there.

On the newly-minted Instagram handle for 90 Day Fiance, we were able to start using the same tongue-in-cheek language that our superfans use. Examples of this included re-elevating the best-of Twitter Roundups, social-first content like phone wallpapers and AR Filters, addressing and resharing memes, and more. Having separate social handles for this franchise allowed us to distinguish it as a "separate" brand with a slightly edgier persona. Big Ed and Rose became pop culture breakouts in the summer of 2020, and it was content that featured them that truly started taking off on TikTok.

With Spice It Up With David and Annie, we had staggered windowing across Facebook, owned-and-operated dotcom, and YouTube. The release of this series was timed to the linear premieres shows belonging to the 90 Day Fiance. We raised awareness with text-only lower-third chyron promos during premiere airings, as well as working with talent to have them promote on their personal social handles.

On the TLC TikTok handle, "My Bills Are Paid" currently has over 60M video views. Content featuring the 1000lb Sisters is steadily pushing the account towards the 3M Follower mark, and we only started seeding content from this show in early January! This account broke the 1M Follower mark within 4mo of its launch in mid-April 2020.

On the 90 Day Fiance TikTok handle, "I Like The View" currently has over 80M video views. Both the handle and this video landed on TikTok's "2020 Year In The Review: Brands That Inspired Us." "I Like The View" organically generated top results in the Entertainment category and was a huge sensation on the platform resulting in countless original UCG, reactions, duets, and more. Even Charli D'Amelio did a lip-sync to a remix by Dojo Cat that sampled audio from this video! The hashtag #90DayFiance currently has over 1.2 BILLION video views on the platform!

On Facebook, Spice It Up With David and Annie had an exclusivity premiere window on the platform. It was well-received by both social audiences of TLC and Food Network. There was also solid traffic back to the owned-and-operated dotcom where we broke down the recipes and instructions. 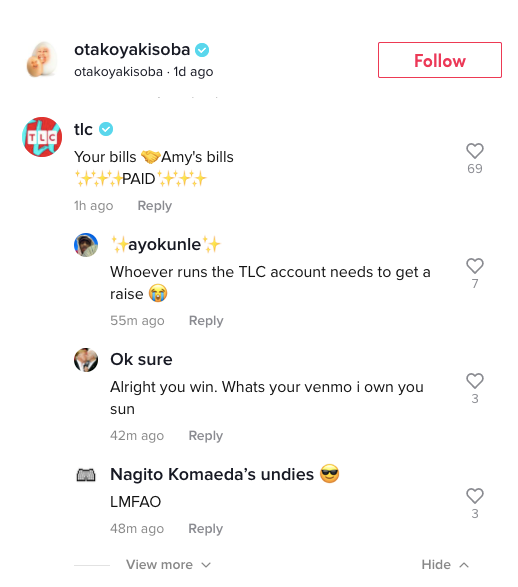 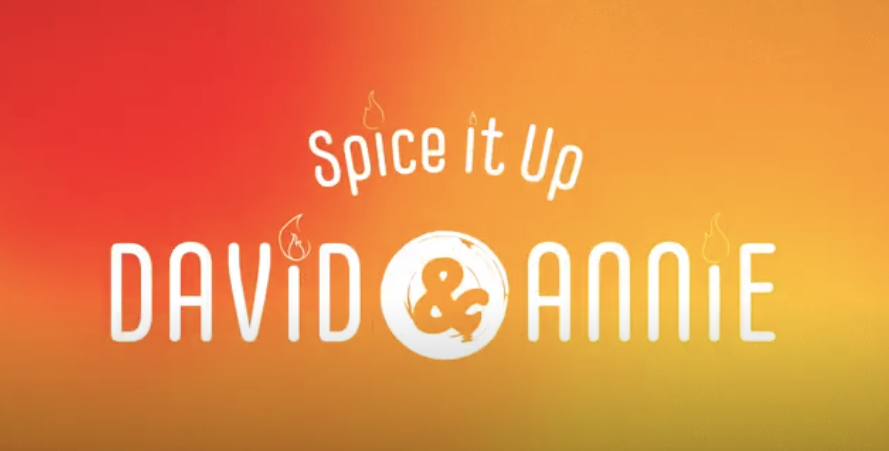 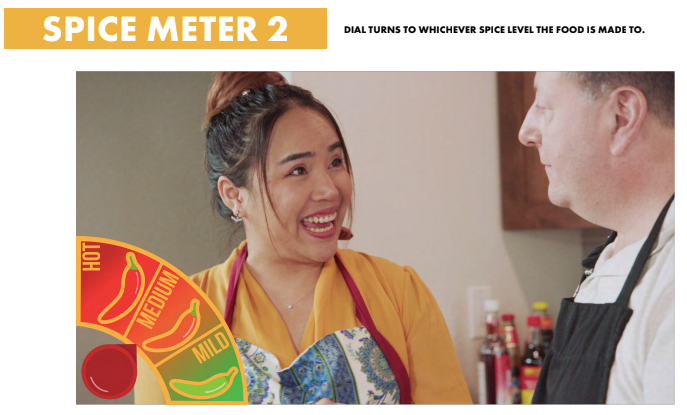 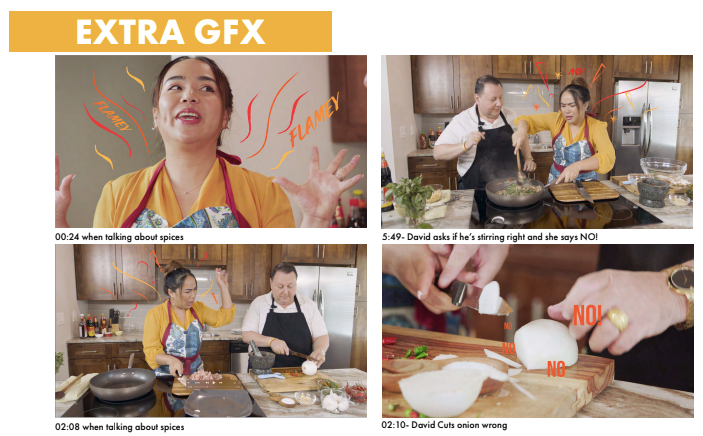 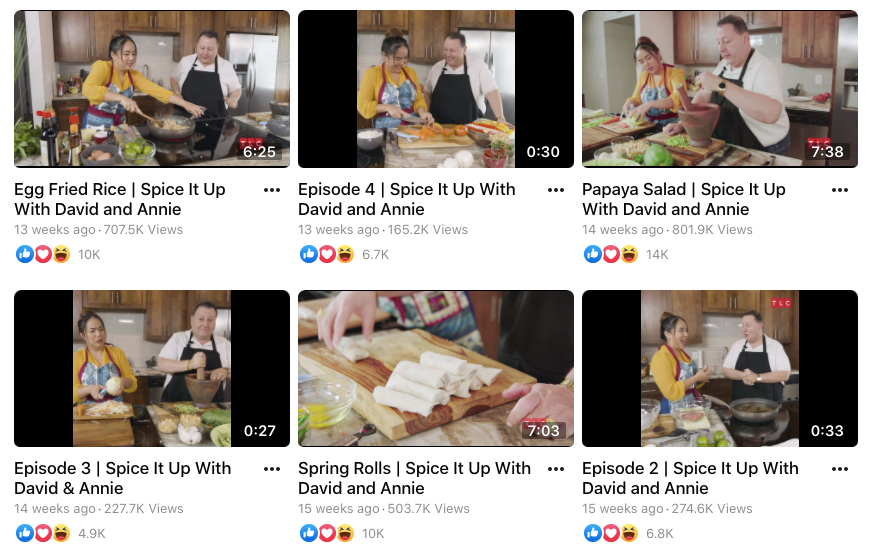 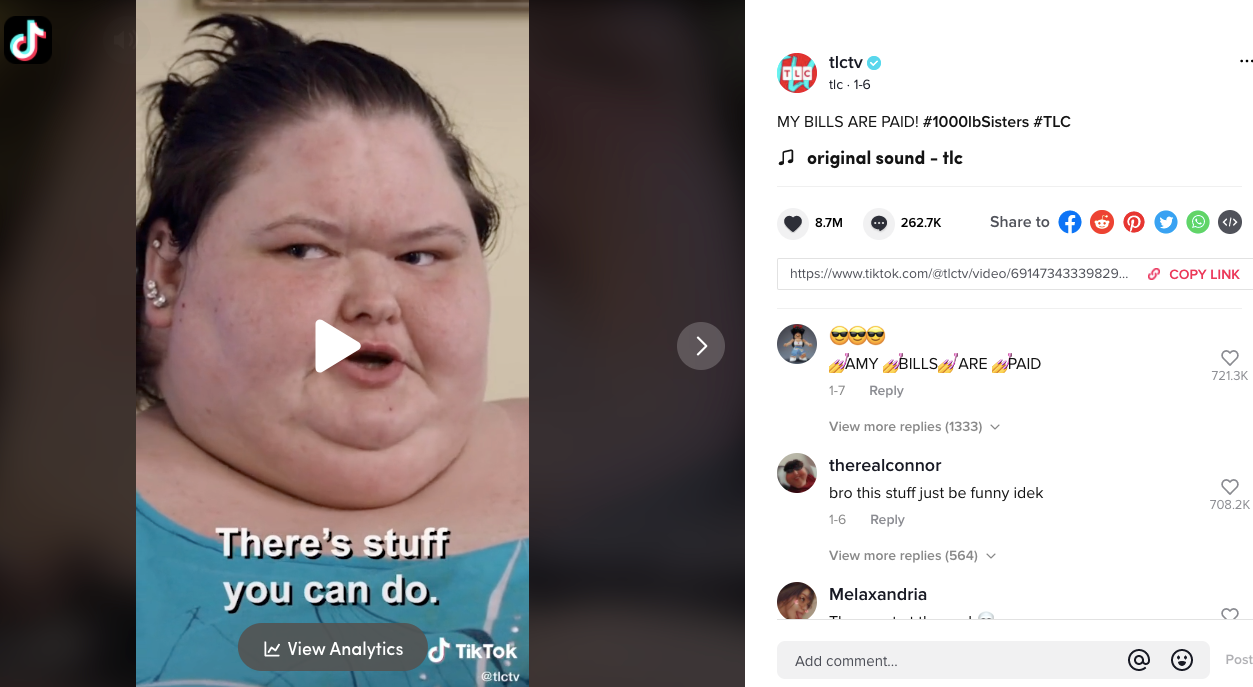