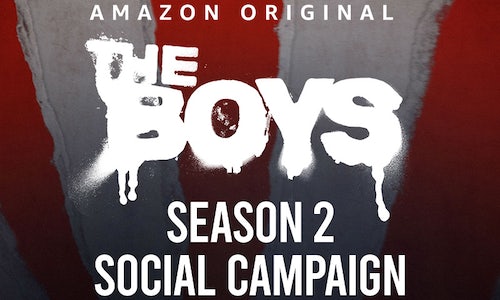 A wild first season of The Boys dropped in July 2019 and left cult fans wanting more of these transgressive superheroes and the anti-heroes who know the truth. The series quickly built buzz, certified Fresh on Rotten Tomatoes, and delighted fans who found it.  In January, Amazon greenlit a nine-month lead up to catapult the September premiere of Season 2 into a major action drama hit – complete with extensive talent shoots, major activations, capped by a gigantic Comic Con takeover. People would be talking about the upcoming Season 2 premiere of The Boys all year!

None of this happened. Plans were cancelled in March. A new direction had to begin in four weeks. The social launch campaign rebooted. In place of mind-blowing conversational events, we would bring sensational and provocative content onto the screens everyone was scrolling at home.

We committed to stir shit up. So, we did, hitting threads again and again, finding comments and fan obsessions that could fuel bigger reactions, lighting a match (inciting with a relevant post), then pouring gas on these conversational fires with intensive community management. Then we searched for the biggest conversational flames we could ignite into new reactive explosions.

Core fans were already excited and buzzing about Season 2 of The Boys. A much larger pool of potential fans was unaware of The Boys. To become a breakout action drama hit, we needed to dramatically expand these conversations. The Season 2 social campaign would be as bold as the show and the fans reactions: fearless, abrasive, and as opinionated as the fans.

We changed our tactics toward a reactive and community management focused approach — leveraging super quick-turn and engagement-based content that utilized everything fans loved about season one. Social content leaned hard into the fan-driven idea that these Superheroes are assholes and that we all hate them.

We tapped into popular trending memes as often as possible, created our own reaction videos based on the insane news around us, and gave our fans plenty of opportunities to interact with us. We even got our talent to let The Boys fans know to wear a fucking mask.

As fans got ready for Season 2, we oversaw an ever-growing community that tapped into the *ahem* decorum of The Boys. Going inner-world and using the voice of The Boys’ dick of a leader, we built up a truly organic and engaged community centered around one rallying cry: FUCK SUPES.

Fans of The Boys spent a long hot summer inside waiting patiently for The Boys, and by the time Season 2 hit, they were ready to pop.

As one of the first weekly released shows on Prime Video, we brought our tactics to each week’s new episode — fueling fans excitement (and sometimes anger) for what’s gonna happen next. We flooded the social feeds with fast, responsive and trending content. The Boys social feeds released 4,106 posts and response over six weeks, increasing content volume +1,185%

Most importantly, The Boys became one of Amazon Prime Videos most watched series, and led to fast greenlight for Season 3 and a new spin-off series.  Social helped contribute to incredible viewership for season two of The Boys — giving it one of the biggest premiere weeks for streaming content ever and one of 2020’s biggest seasons of television.

Video for Enter The Butcher 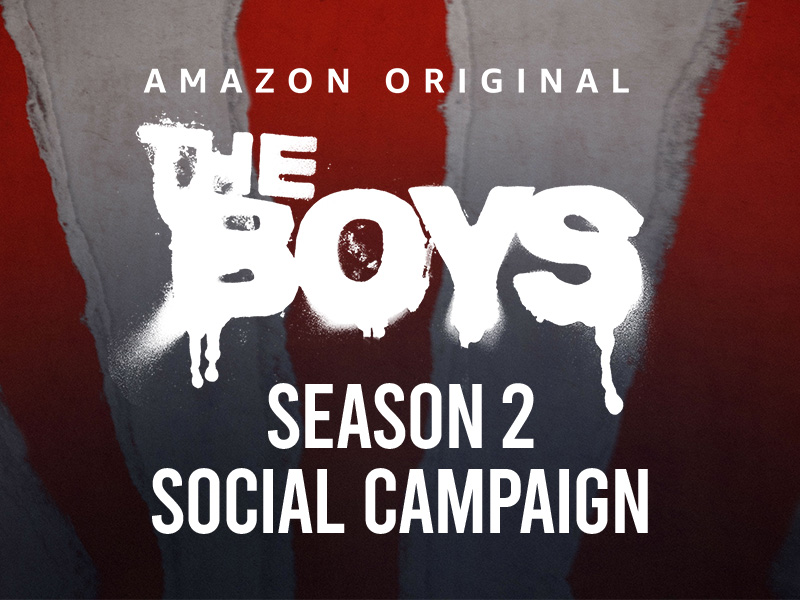