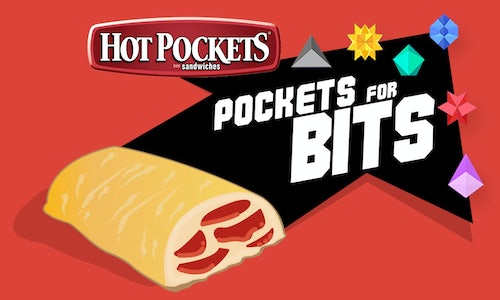 Hot PocketsⓇ is a 40-year-old brand with wide recognition. During those four decades, the brand has rarely spoken directly to its target eater as a viable buyer. As the ‘purchasers,’ Moms and Dads have been the primary recipients of Hot Pockets messaging and marketing, not the kids and teens who (predominantly) gobble up Hot Pockets. We call them the ‘Eater.’ This created great white space for us to grow sales.

With that in mind, our goal became creating a campaign so compelling that Hot Pockets fans - the coveted Gen-Z demographic - would drive purchase themselves. To do this, we knew we had to meet them where they already were - behind their screens and on live streams.

So, Hot Pockets took a risk and doubled down on its gaming presence with the objective to transform awareness into sales. Or in gamers’ speak: Level Up Their Snack Game.

With Twitch growing over 20% in 2020, securing its place as the most popular streaming service with over 73% of all gaming viewership, our platform selection was easy. Knowing that Gen-Z Gamers care about brands that provide them some type of value, we identified the digital-currency ‘Bits' on Twitch as our primary campaign offering. Gamers purchase Bits on Twitch and donate them as "cheers" to their favorite gamers. Every time a viewer "cheers" with their Bits, a portion of proceeds goes directly to support the stream, and the viewer gets special recognition during the stream.

We identified a technology partner with cutting-edge receipt-scanning technology. Their platform allowed us to directly integrate the redemption experience into our consumers' mobile phones by using their phone camera and physical receipts from any retailer. This allowed us to accurately identify and track physical purchases and reward customers with digital currency.

How the How Pockets for Bits program worked:

To drive awareness of the program, we developed a multifaceted campaign. Campaign elements included a custom microsite, paid media on both Twitch and Snapchat, and influencers who promoted the program organically during streams, on social, and in the brand's paid media assets.

We flighted multiple influencer partners throughout the program to keep an always-on buzz going for Pockets for Bits. We tapped several top Twitch influencers including Shroud (8.9M followers), one of the platform's biggest stars. Shroud, along with our other influencer partners, produced over 22 hours of live streams in just six weeks.

Influencer activations like Shroud's were supported by high-impact paid media placements on Twitch featuring pre-rolls, 'surestream' and homepage takeovers. All were purpose-built to drive sustained awareness and participation. Even the paid media's look and feel was intentional: one was based on an animated gaming character, another featured a recognizable influencer, Jon Sandman (409K followers). Plus, our Twitch display included a 24-hour wrap on Twitch's homepage carousel which featured influencers streaming called a 'Homepage Headliner.'

In addition to Twitch, we leveraged Snapchat as another platform to engage with a captive audience. Here we placed two non-skippable ads alongside custom filters to further engage with gamers. Each program element was crafted to look, feel and sound appealing to the gaming audience as an integrated campaign. To keep the barrier to entry low, our user journey was simple - visit the microsite, add the mobile wallet card, scan the Hot Pockets receipt to redeem their purchase and receive Twitch Bits.

Results rolled in to validate Hot Pockets gaming gamble. Gamers were so excited about the campaign that within 48 hours Hot Pockets had to re-up ANOTHER 4.5 million Bits. Within a week, word had spread on Twitter and Reddit and a copycat fan site was even created that further promoted the program’s offering. Halfway through the six-week campaign, Hot Pockets had sold out of nearly 12M Bits - significantly more than the amount originally projected for the entire campaign’s run.  Sponsored streams garnered 1,015,000 total watch hours, which is the time equivalent of 115 YEARS.

Benchmarks were not only met but exceeded with a conversion rate of actual sales SIX TIMES higher than the average couponing program the brand has previously run. During the time that the program was live, Hot Pockets for Bits received tens of thousands of receipt scans, establishing it as the most engaged program the technology partner had ever facilitated.

Though originally slated to run for six weeks, the campaign was shuttered after just three weeks due to an overwhelming demand that was bigger than we had ever imagined. In half the projected time, both of our goals were accomplished - creating demand within the gaming community and transforming that demand into sales through smart, tactical and inspired marketing. Ultimately, Hot Pockets for Bits proved the thesis that not only is speaking to the Eater a worthwhile approach, but it is perhaps the most effective way to drive product demand and physical sales. 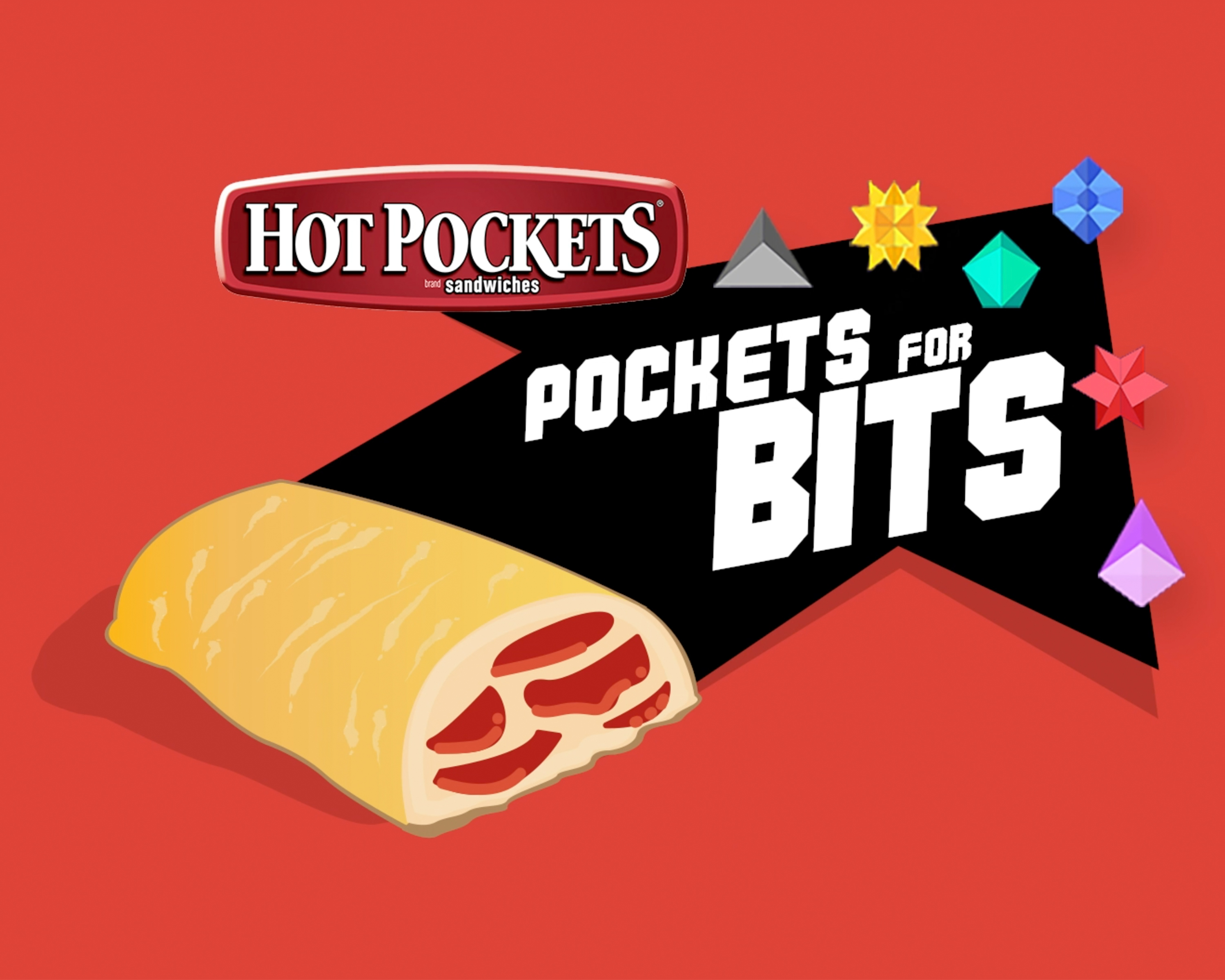