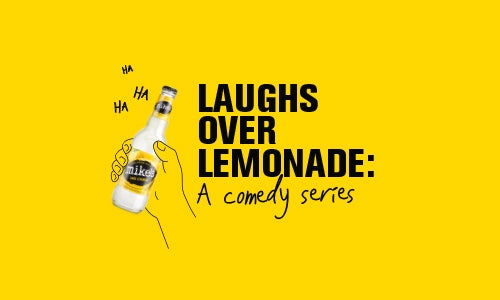 Laughs Over Lemonade: A Comedy Series

Founded in 1999, Mike’s Hard Lemonade had big plans to celebrate its 21st birthday in 2020. But when the pandemic hit, we had to cancel the celebrations and pivot. With the world in total chaos, Mike’s Hard Lemonade, a brand that is all about optimism and drinking on the bright side, decided it was time to give back. Mike’s Hard Lemonade knows all too well that when life gives you lemons, there's nothing you can do but turn them into sweet lemonade. Willing to spread its unique brand of positivity amidst negativity, we were tasked with coming up with an idea that would support communities affected by the nationwide shutdowns and help to alleviate some of the tensions caused by life in isolation.

To help in a meaningful way, we needed to pick a cause that could be backed by Mike’s optimism, and then do something about it. As thousands of comedians lost their jobs across the country due to the pandemic, we chose to champion laughter.

At a time when America needed it the most, Mike's gave everyone stuck at home something to smile about: the comedy series, Laughs Over Lemonade. An online sketch series made entirely during the quarantine, written and co-created by comedians with no place to gig to support the non-profit Comedy Gives Back. From toilet paper shortages to pets fighting for their owner’s attention now at home 24/7; from new emerging businesses to bored people taking up new hobbies like birdwatching — the series brought some levity to lockdown and turned the realities of the pandemic into laughs.

Laughs Over Lemonade helped Mike’s Hard Lemonade raise more than $150,000 for Comedy Gives Back, which benefited more than 500 comedians’ families. Our work garnered more than 5 million impressions and drove a 42.3% increase in sales for the brand.

Video for Laughs Over Lemonade: A Comedy Series 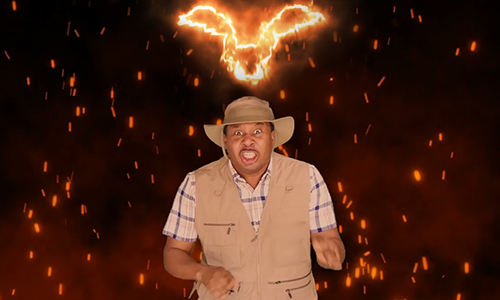 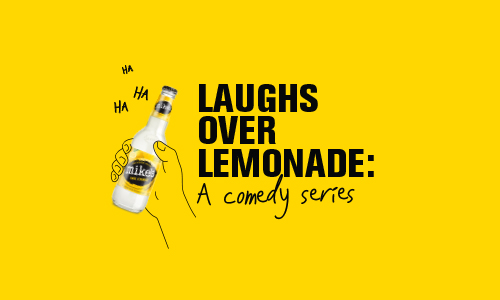 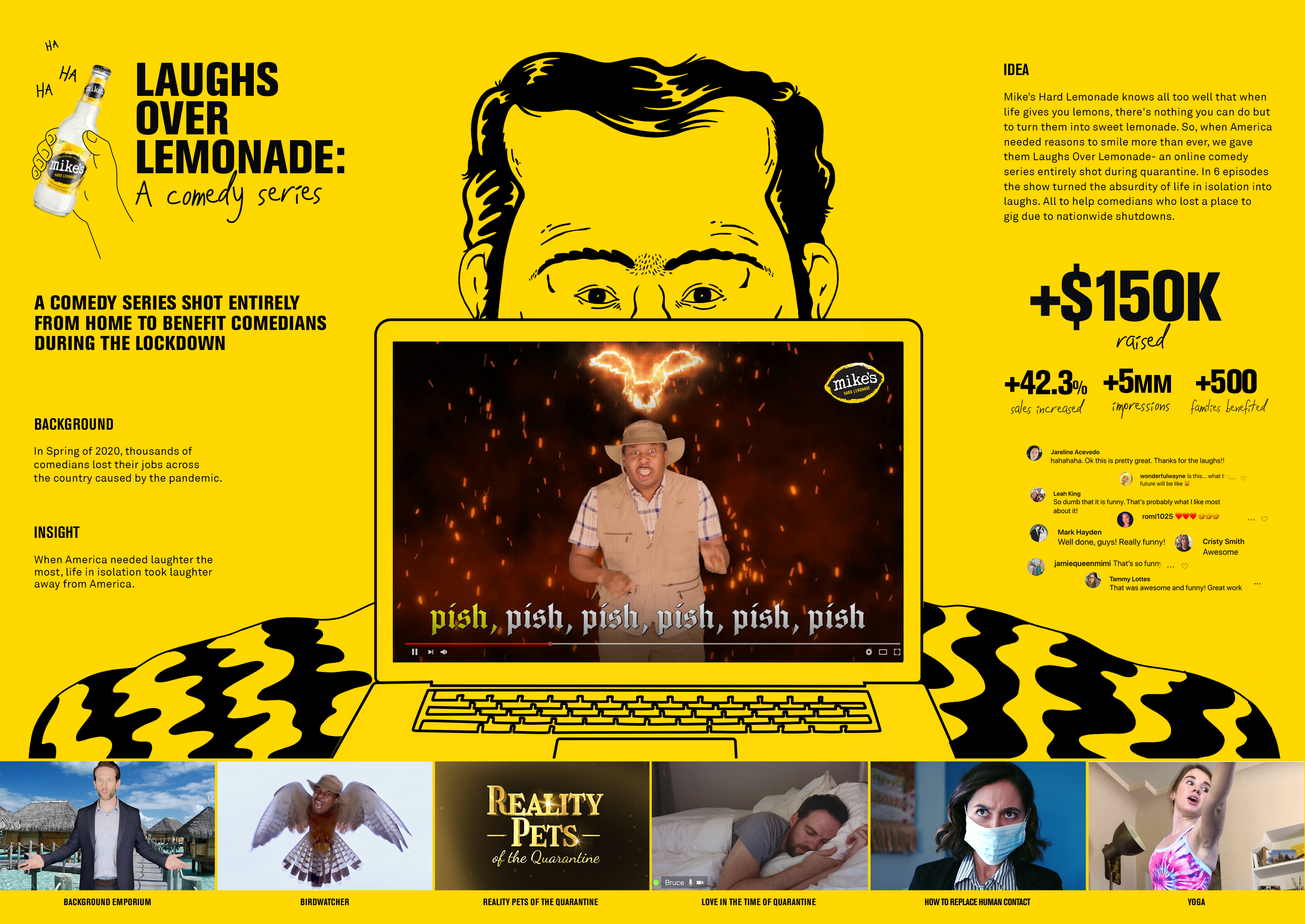